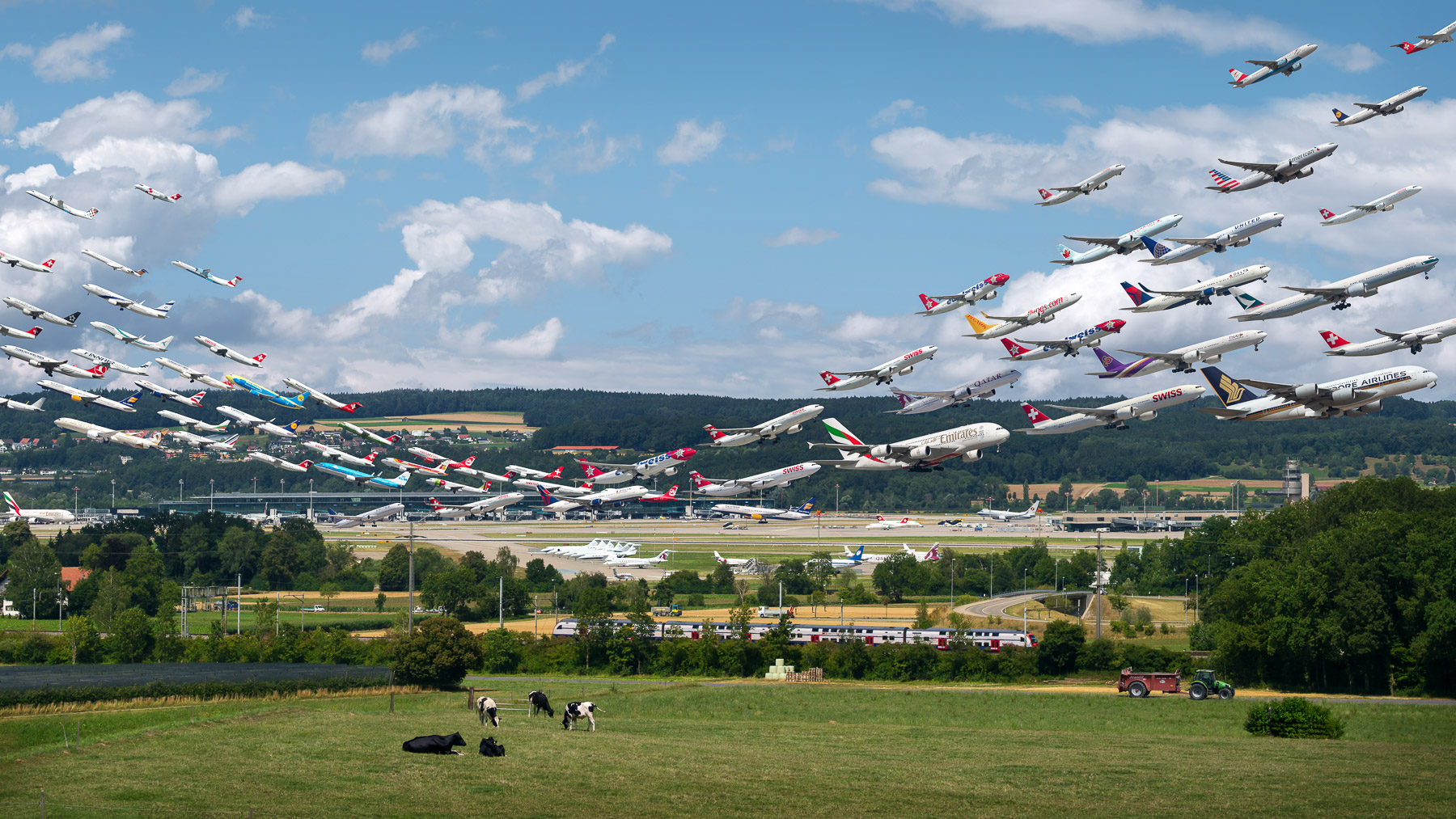 A couple years ago, Mike Kelley gained relative fame through his incredible photo “Wake Turbulence.” With the success of that single photo, he decided to make it into a project: he would photograph the major airports around the world in a similar style and perfectly capture the aviation magic that is the modern airport. With this series called “Airportraits,” Mike reintroduces the magic that is flight (and making me re-appreciate the jet age) and successfully creates the most impressive images of modern commercial aviation we’ve ever seen.

The images below are copyright Mike Kelley Photography and are used with permission. The captions are also via Mike. Enjoy! 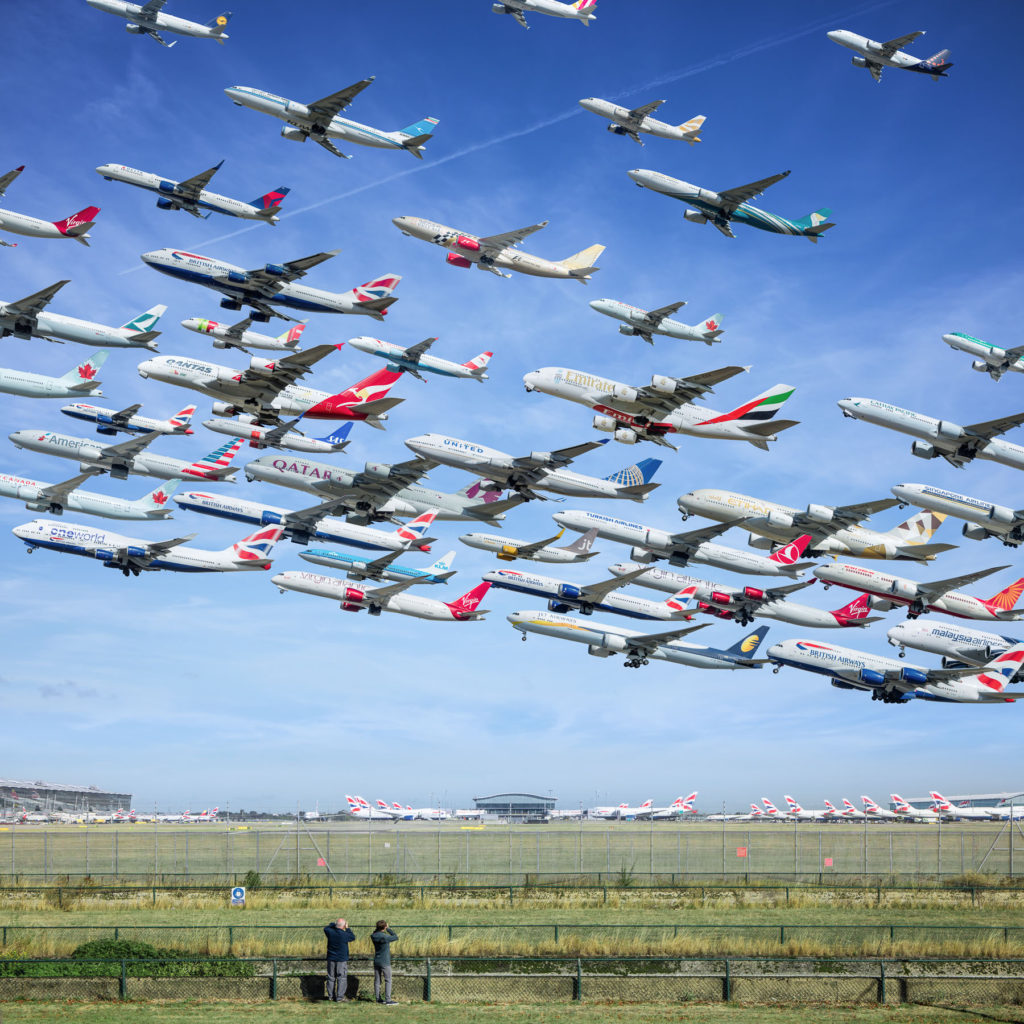 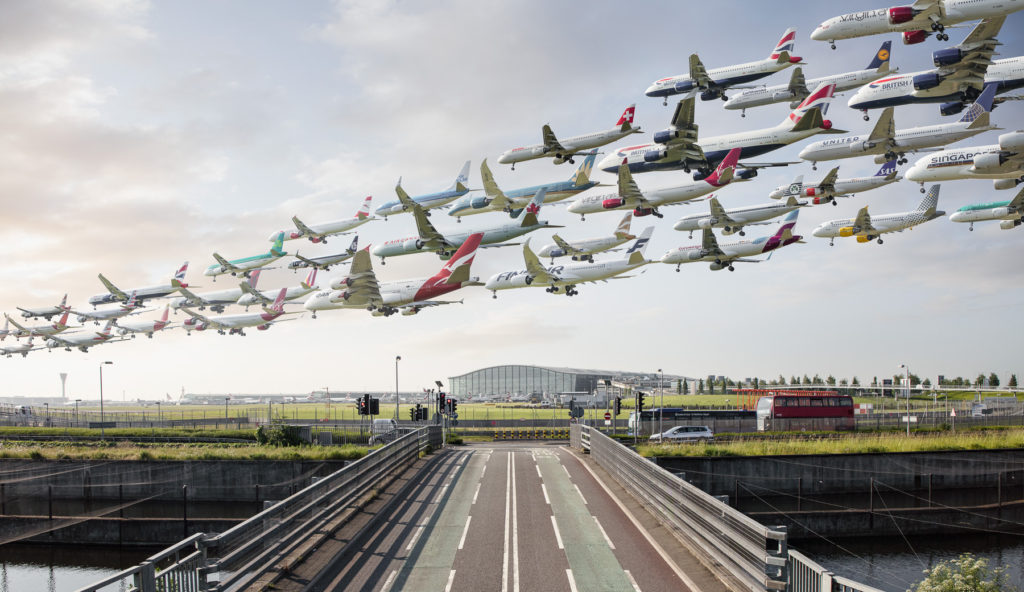 London Heathrow 09L (100, 50, 40):
This image was shot during the morning arrivals rush at London Heathrow as flights from Asia and North America descend on one of the busiest airports in the world. 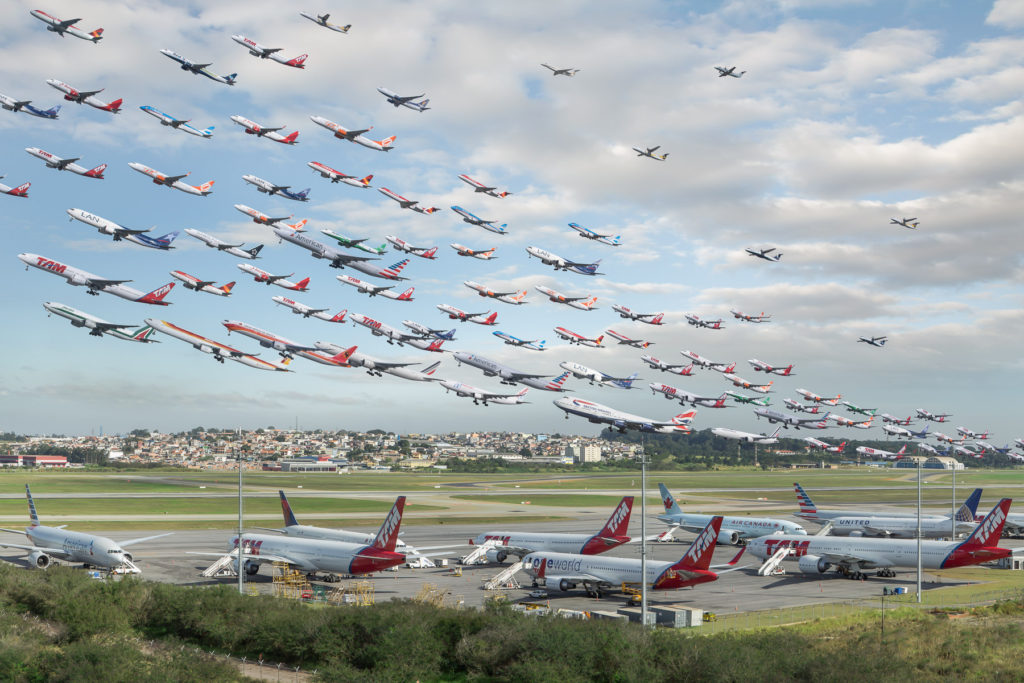 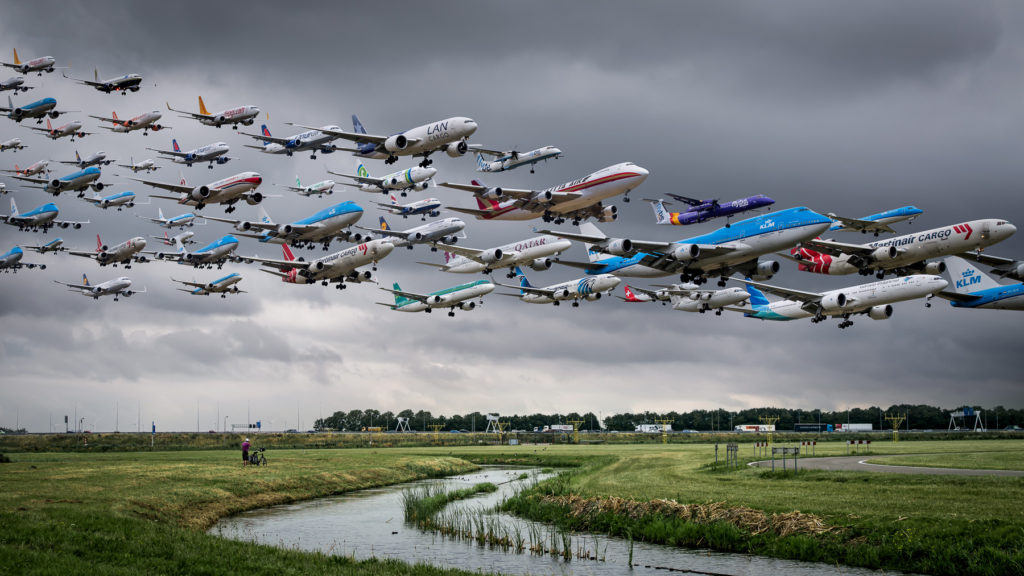 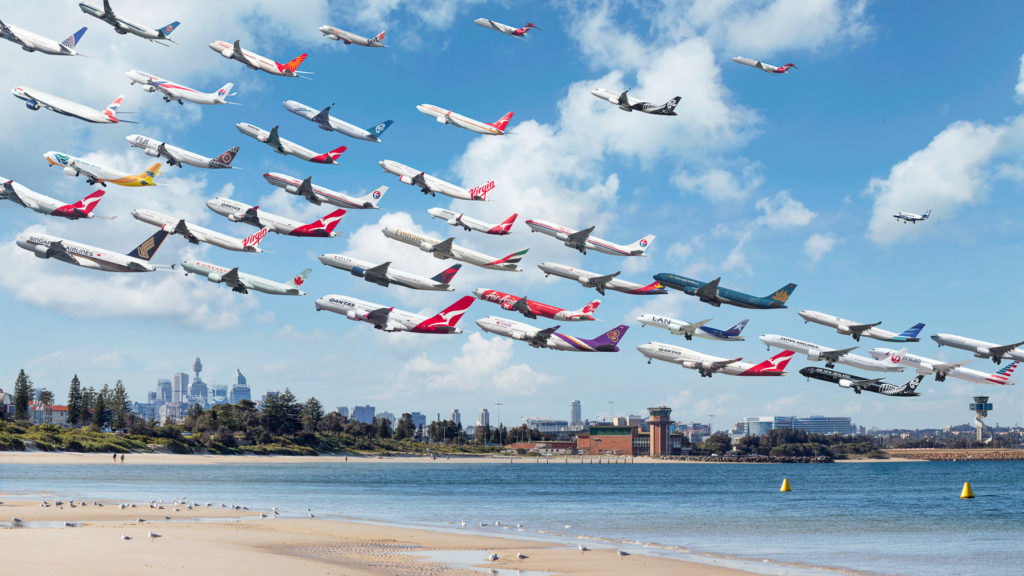 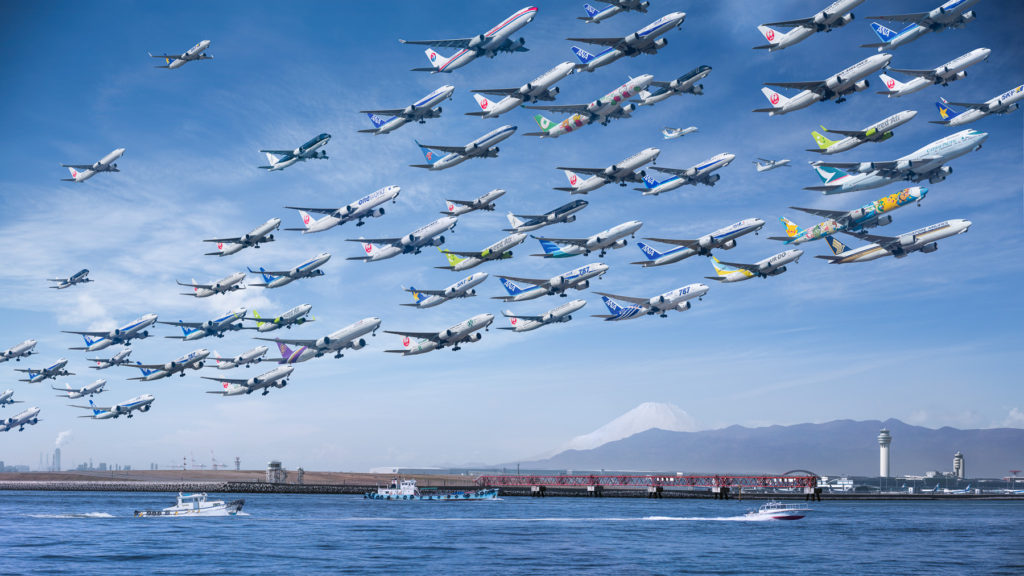 Tokyo Haneda 05 (Great Wave):
Shot from a chartered fishing boat on Tokyo Bay. This one was quite the logistical headache due to needing utterly perfect weather and wind. By using a long telephoto lens I was able to show the iconic Mt Fuji behind the airport, even though it was over 60 miles away from my shooting location. 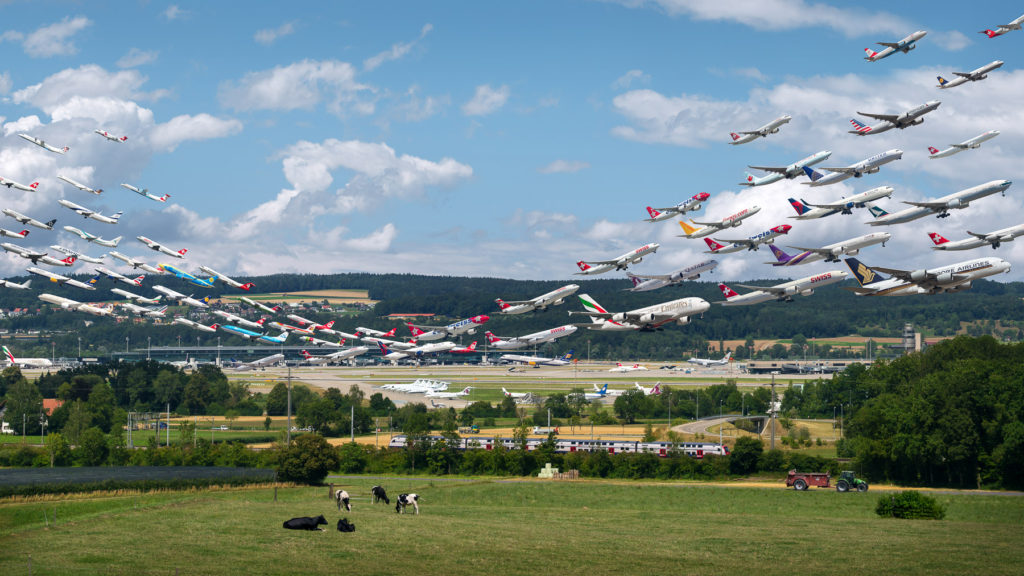 Zurich Airport Runways 28 and 16:
Due to a complicated noise abatement scheme, Zurich Airport actually uses runways oriented in different directions depending on how light or heavy the winds are. This made for a very interesting photo when combined with the idyllic Swiss countryside that surrounds the airport. 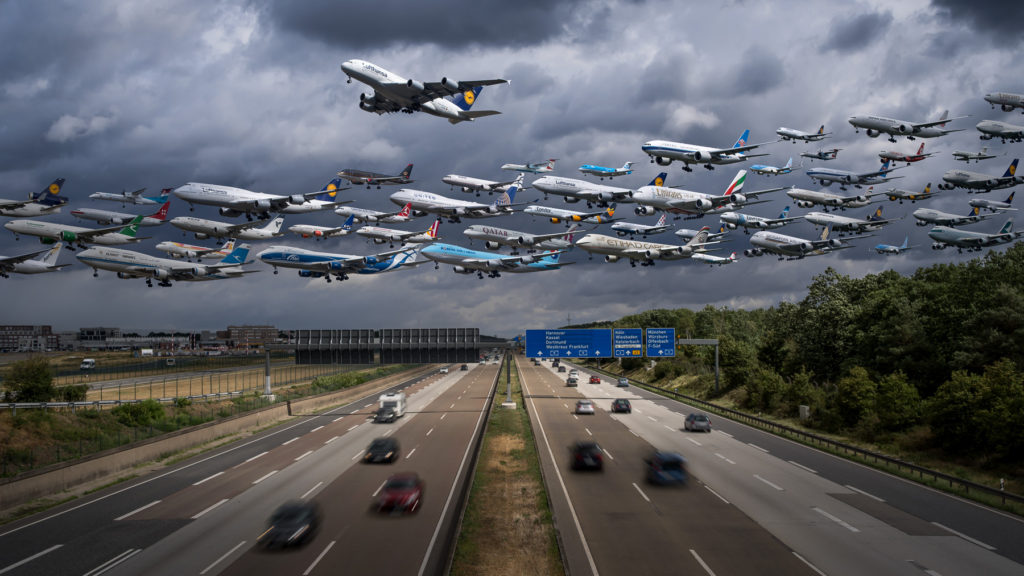 Frankfurt am Main 25L (Missed Approach by Lufthansa a380):
This image was shot in July of 2015 when mainland Europe experienced some once-in-a-decade storms. 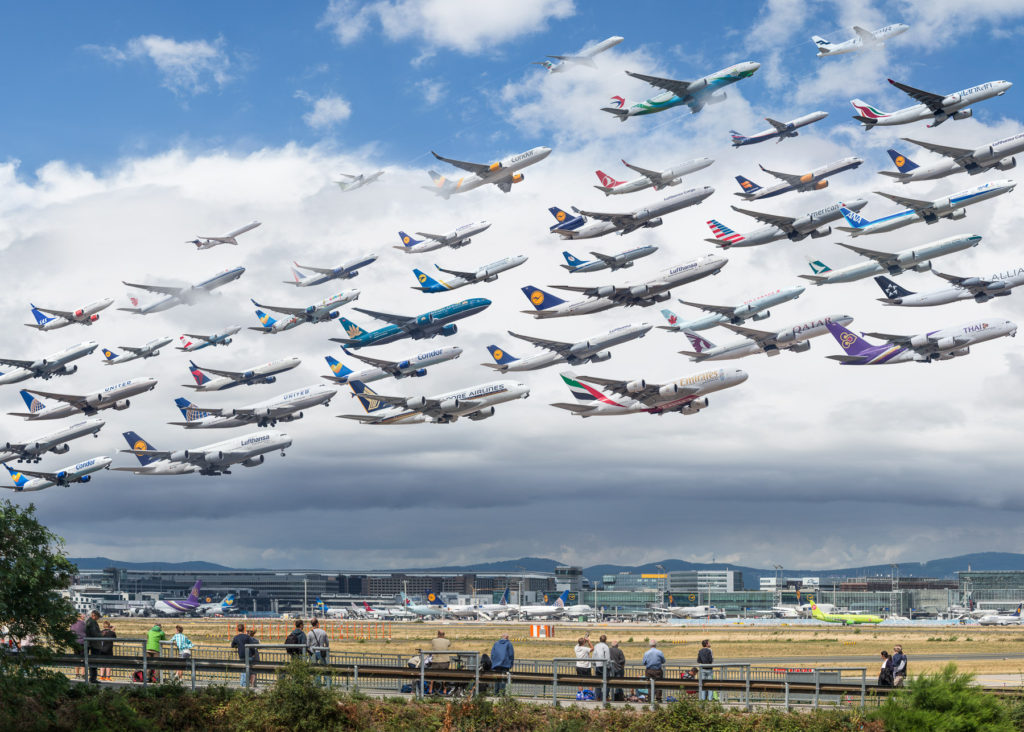 Frankfurt am Main, 07C:
Wingtip vortices are visible as planes fly through an amazing weather front that loomed over Frankfurt. This image was shot in July of 2015 when mainland Europe experienced some once-in-a-decade storms. 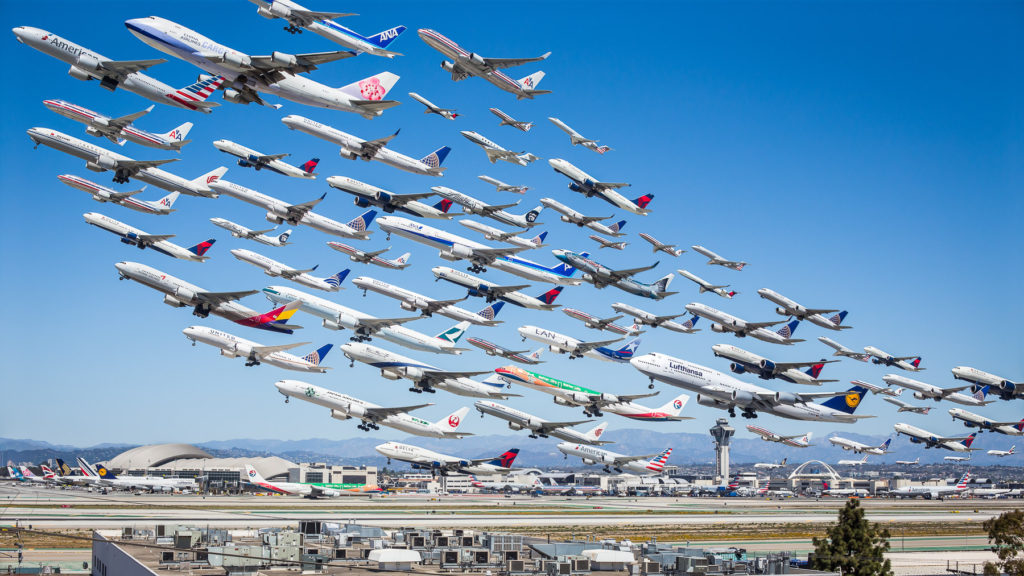 Wake Turbulence: LAX:
This is the original image which was supposed to be a proof-of-concept for the series. It was extremely successful and convinced me to expand the project to airports around the world. This image shows a day’s worth of takeoffs from LAX’s south runways, though some aircraft have been omitted due to redundancy – i.e., we don’t need to see 84 737s!