After shooting with the iPhone 7 Plus for a few weeks, I can say that it is unequivocally the best camera Apple has ever put into a smartphone. This was expected, and the quality of images is most certainly outstanding… for a cell phone. The gap is slimming between the quality of images taken on a cell phone and those taken on full size cameras (or even point and shoots), but there is still a gap.

The iPhone 7, both Plus and standard, come with a 12MP camera with an f/1.8 aperture, which allows for 50% more light to hit the sensor than the 6s model. The iPhone 7 Plus has both that camera, and a second 12 megapixel camera with a telephoto lens at f/2.8. The wide angle can digitally zoom up to 5x, and the telephoto offers an optical zoom of 2x, and a digital zoom of 10x. 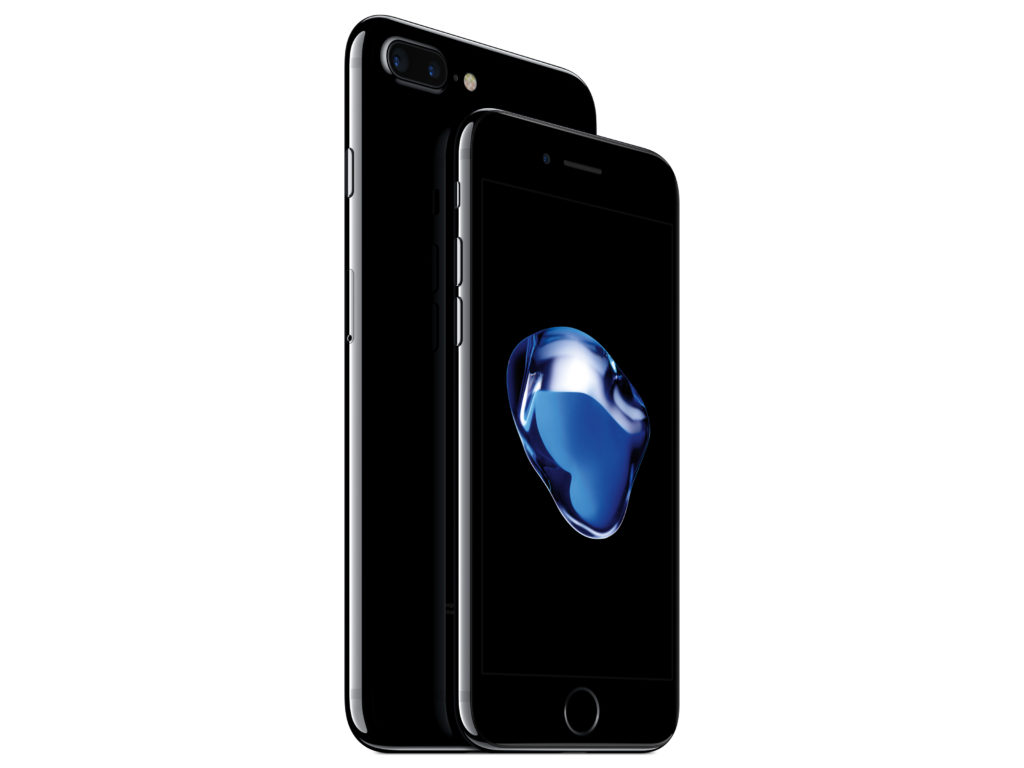 No matter which one you use, they both have a host of features:

For video, not much has changed from the 6s and 6s Plus:

Video wasn’t focused on at all in the iPhone 7 reveal because very little was done to enhance what was already there. The focus this time, was photo.

So let’s get right into it: In bright light, the iPhone 7 Plus excels, but low-light (even moderately low light) is still disappointing, especially on the Telephoto lens. That additional stop of light is extremely noticeable. Take a look at the images below, all shot with the native Camera app, all with the Telephoto lens: 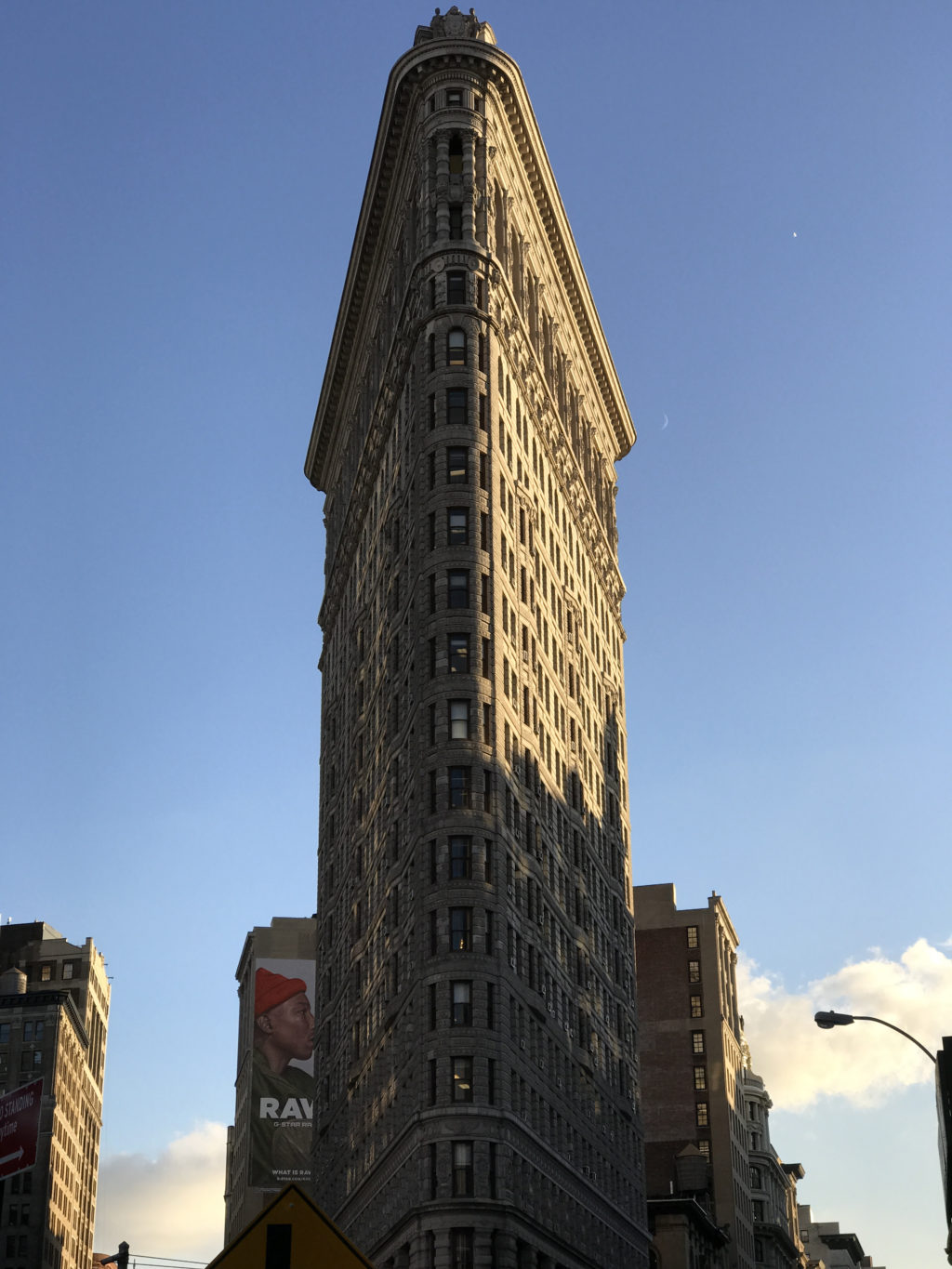 Medium Low (this was taken at 4 PM on a cloudy day): 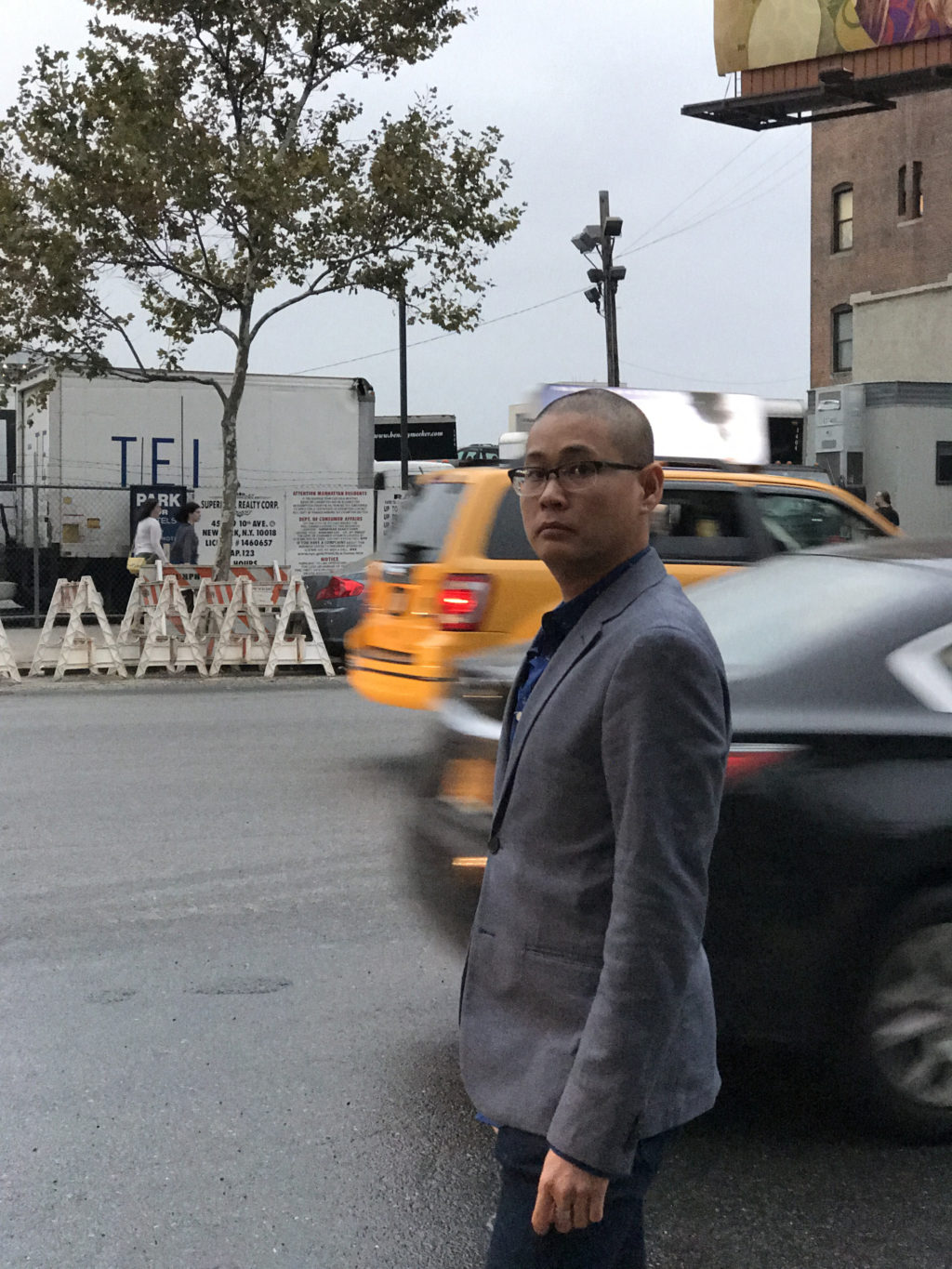 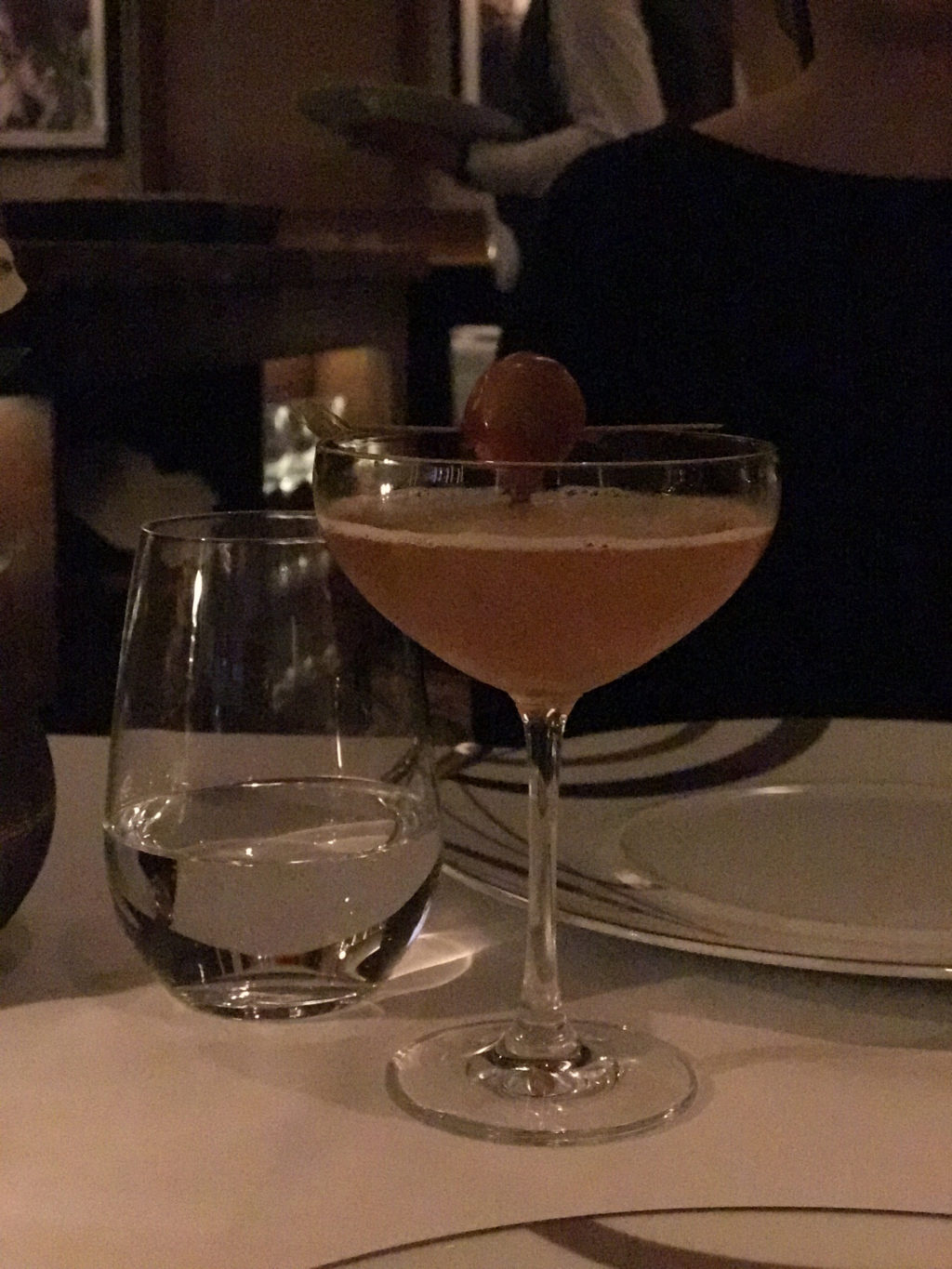 For comparison purposes, here is the low light shot again taken with the wide-angle lens: 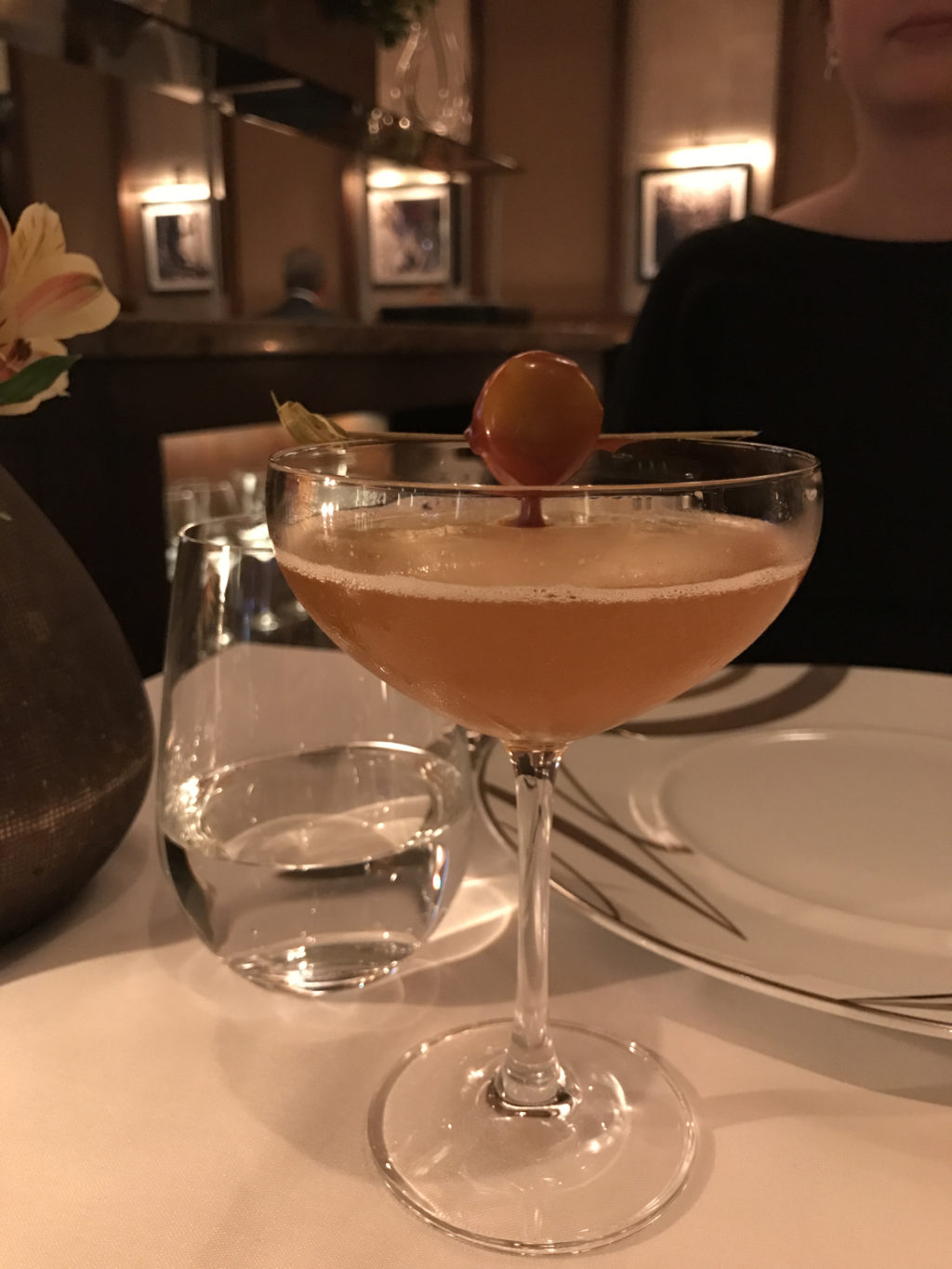 When using the telephoto lens, lower light situations ended up with a lot of noise and visible pixel smudging, which lowers the sharpness of the image. Of course the wide angle lens offered better performance thanks to it’s f/1.8 lens instead of the zoom lens at f/2.8, but then half the reason to get the larger phone is only useful… half the time.

That said, the camera is capable of making beautiful images, and we see this all the time from the people we know to the ads that Apple buys around the country. Images can look spectacular. 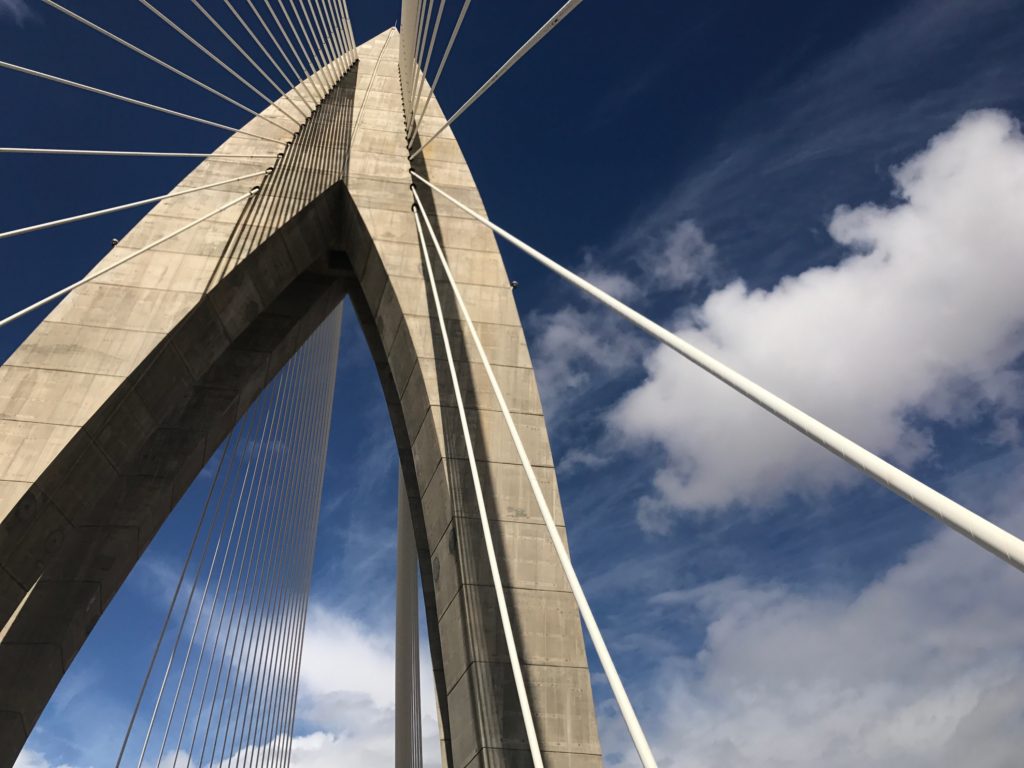 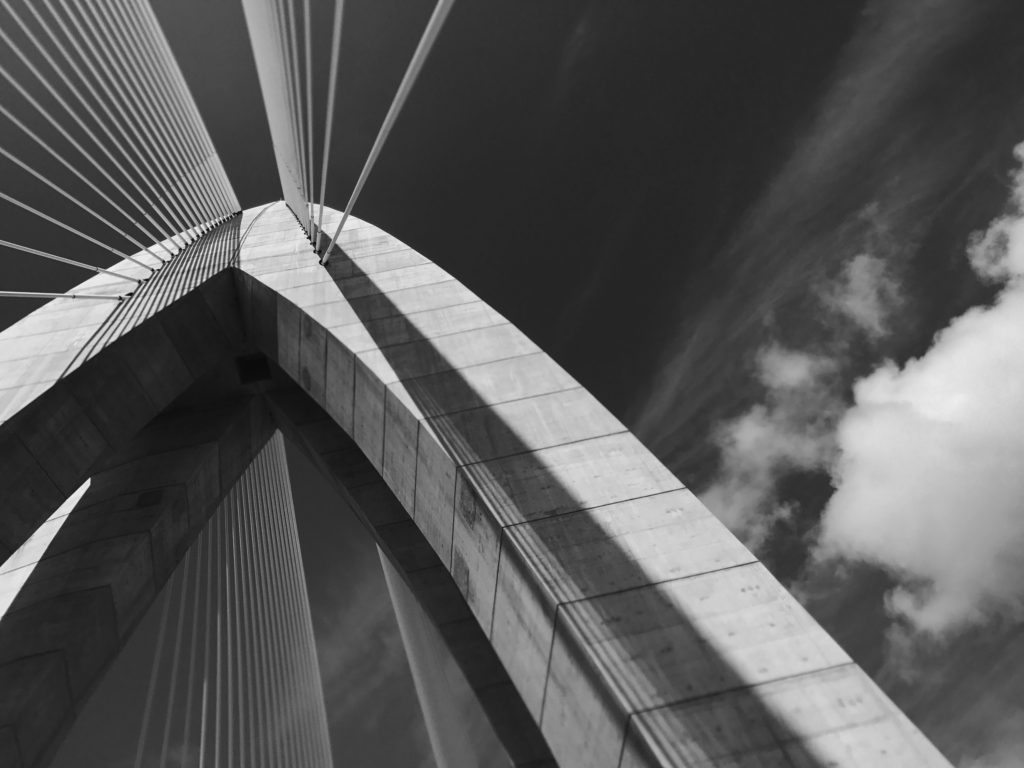 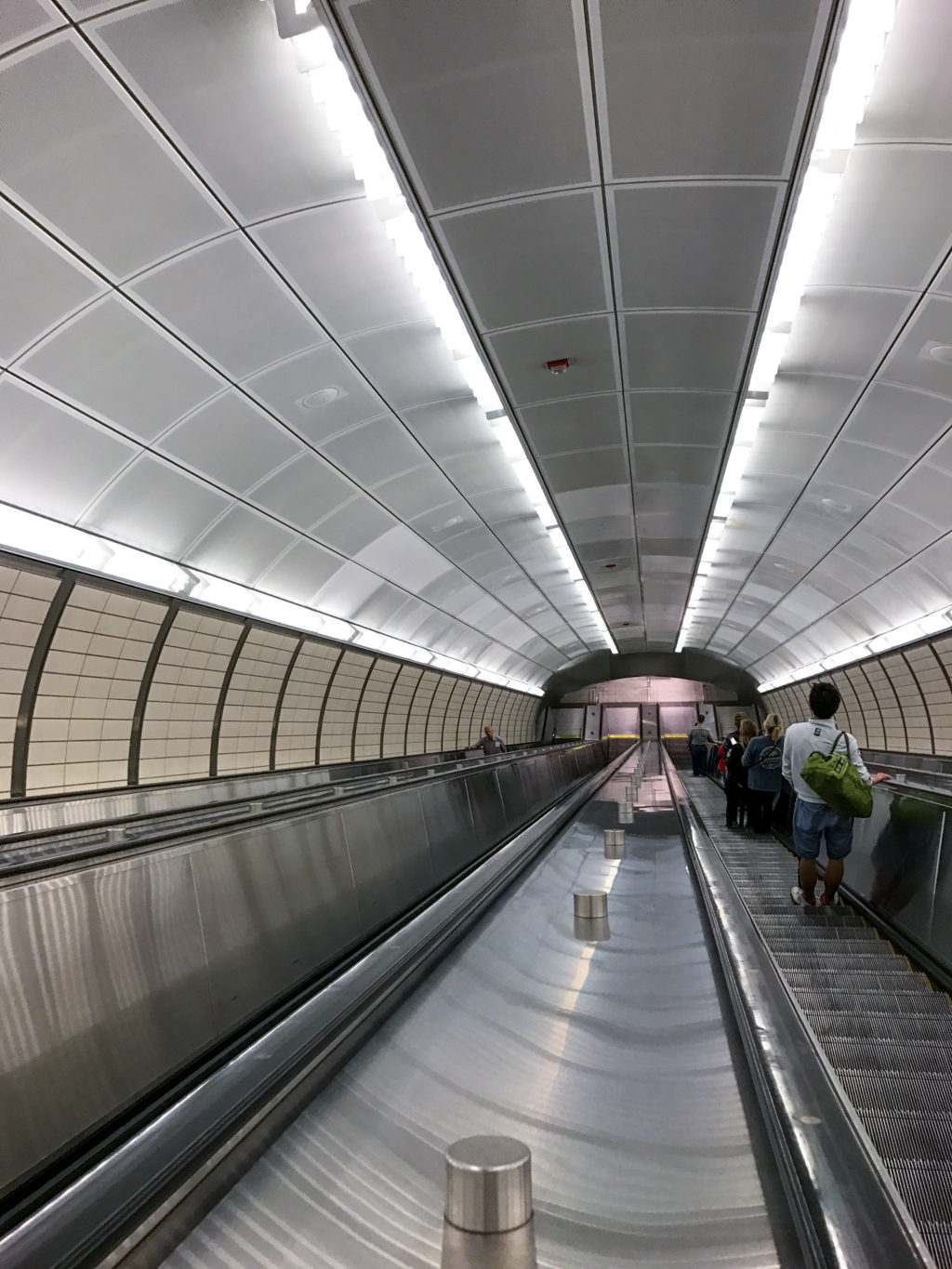 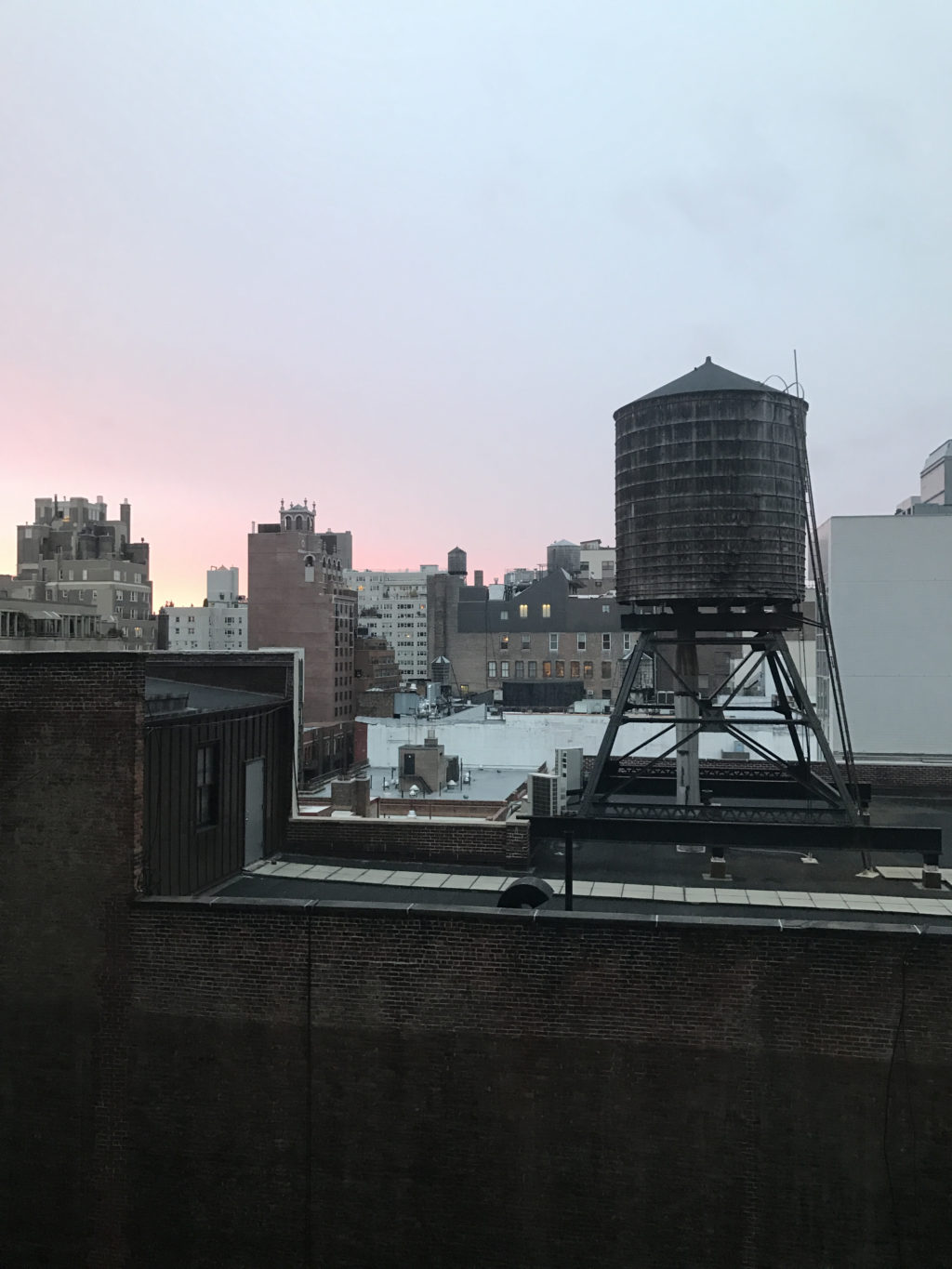 Images taken in low light can turn out surprisingly good, on the wide angle lens. Just don’t use the telephoto lens, because then you’ll be relying on the sub-par ISO performance. 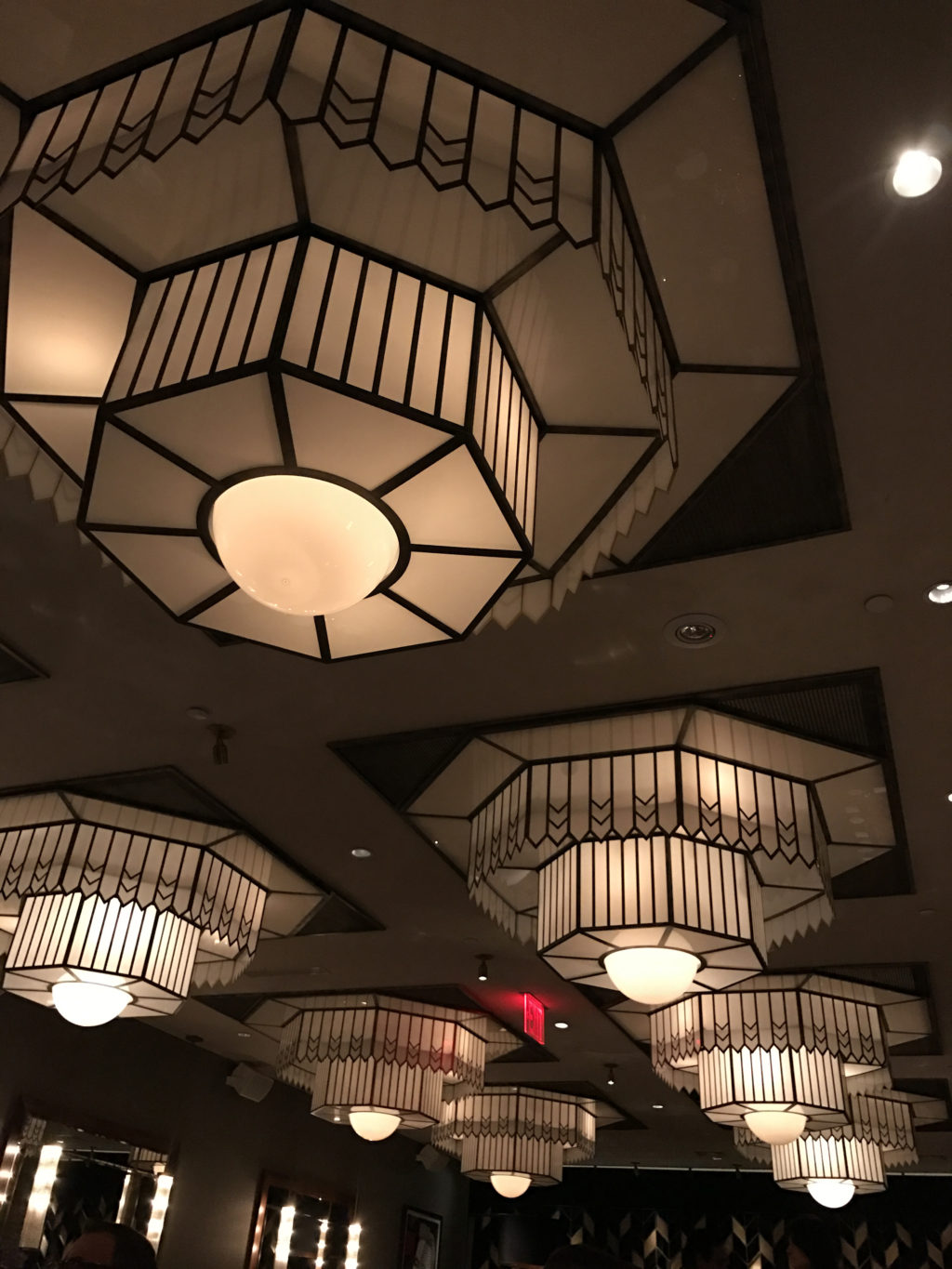 Not unexpectedly, the photos look even better when you use Adobe DNG RAW capture via Lightroom. In fact, not using Lightroom severely hampers the quality of images you’re capable of capturing. 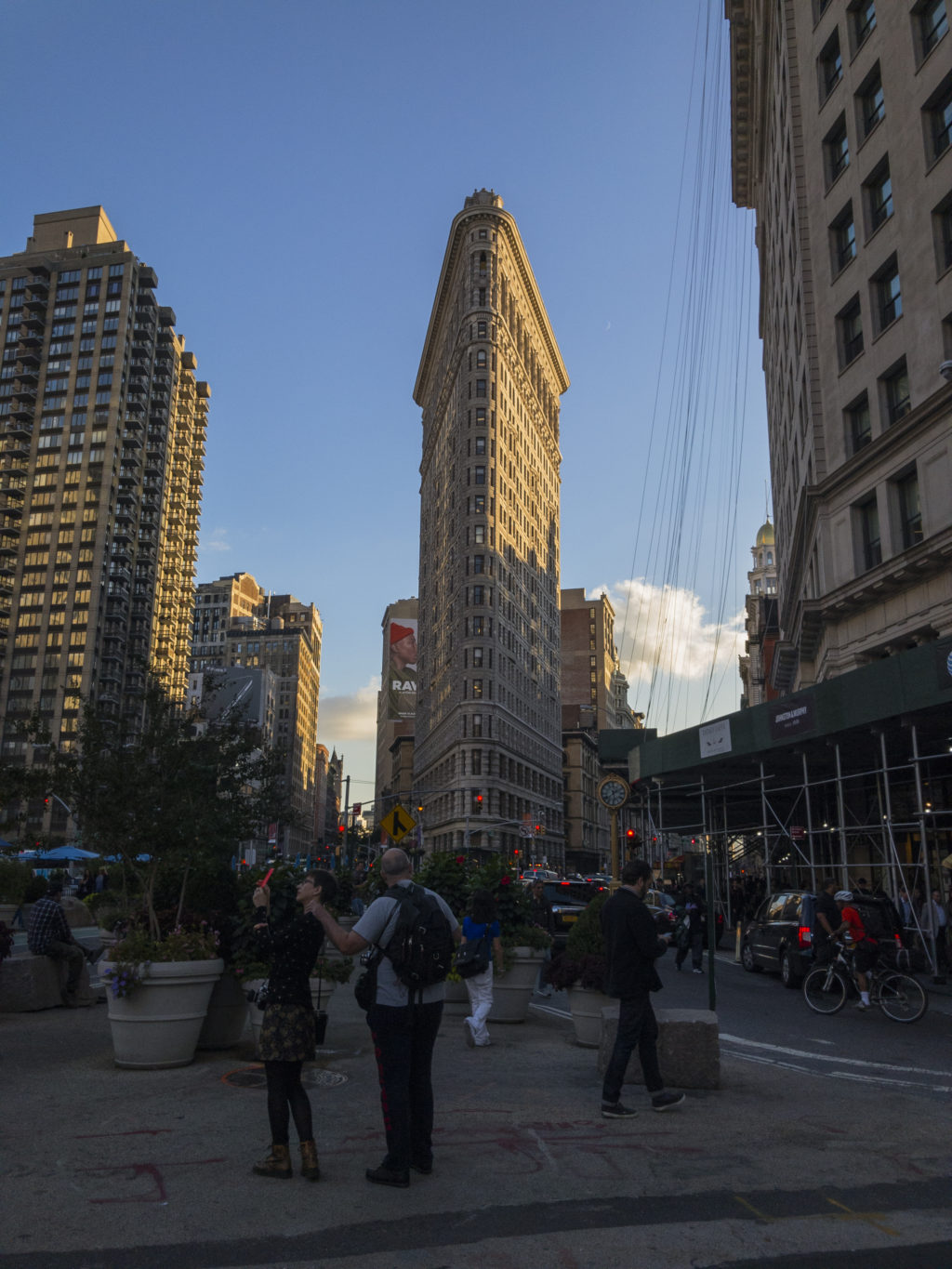 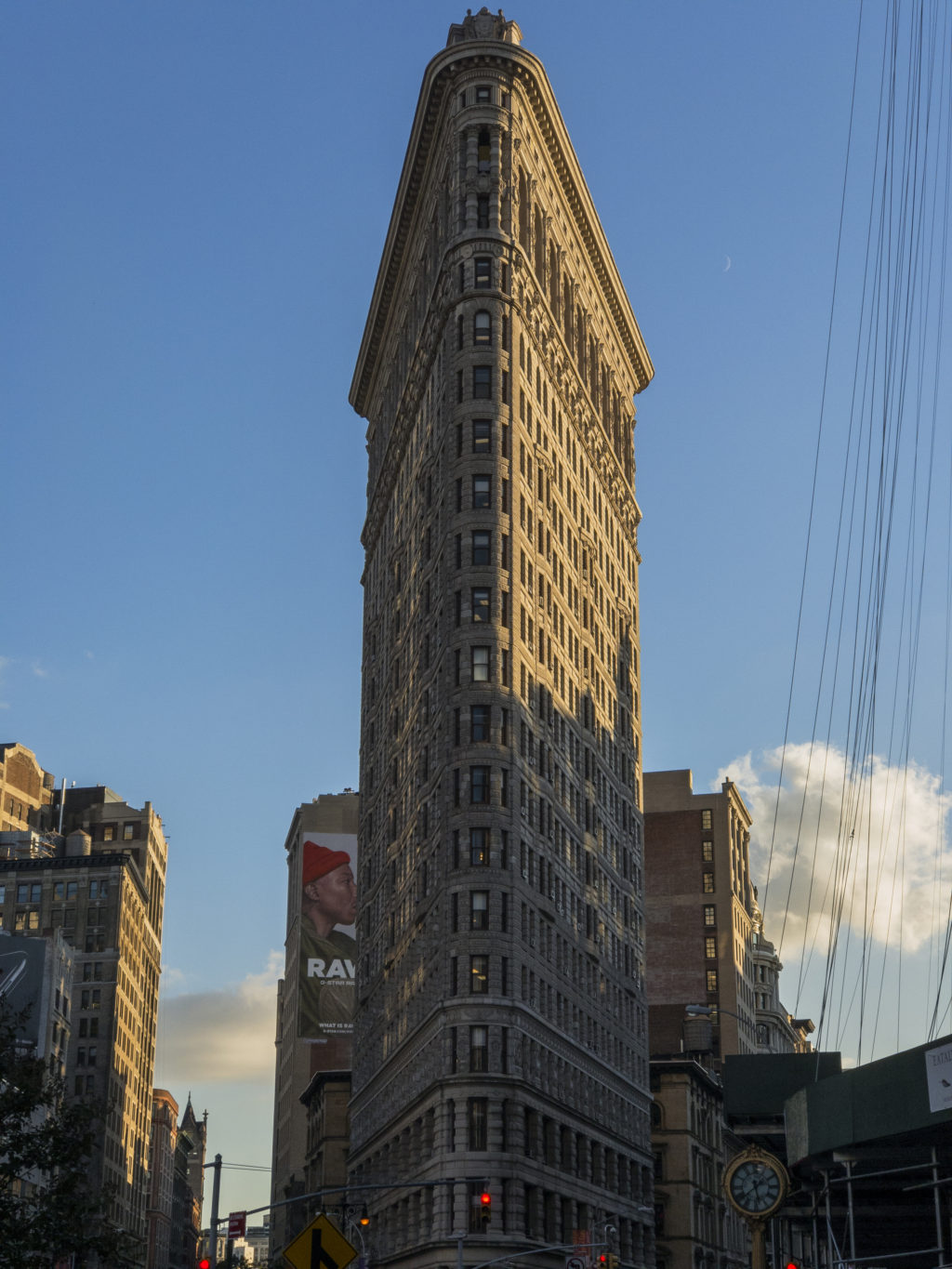 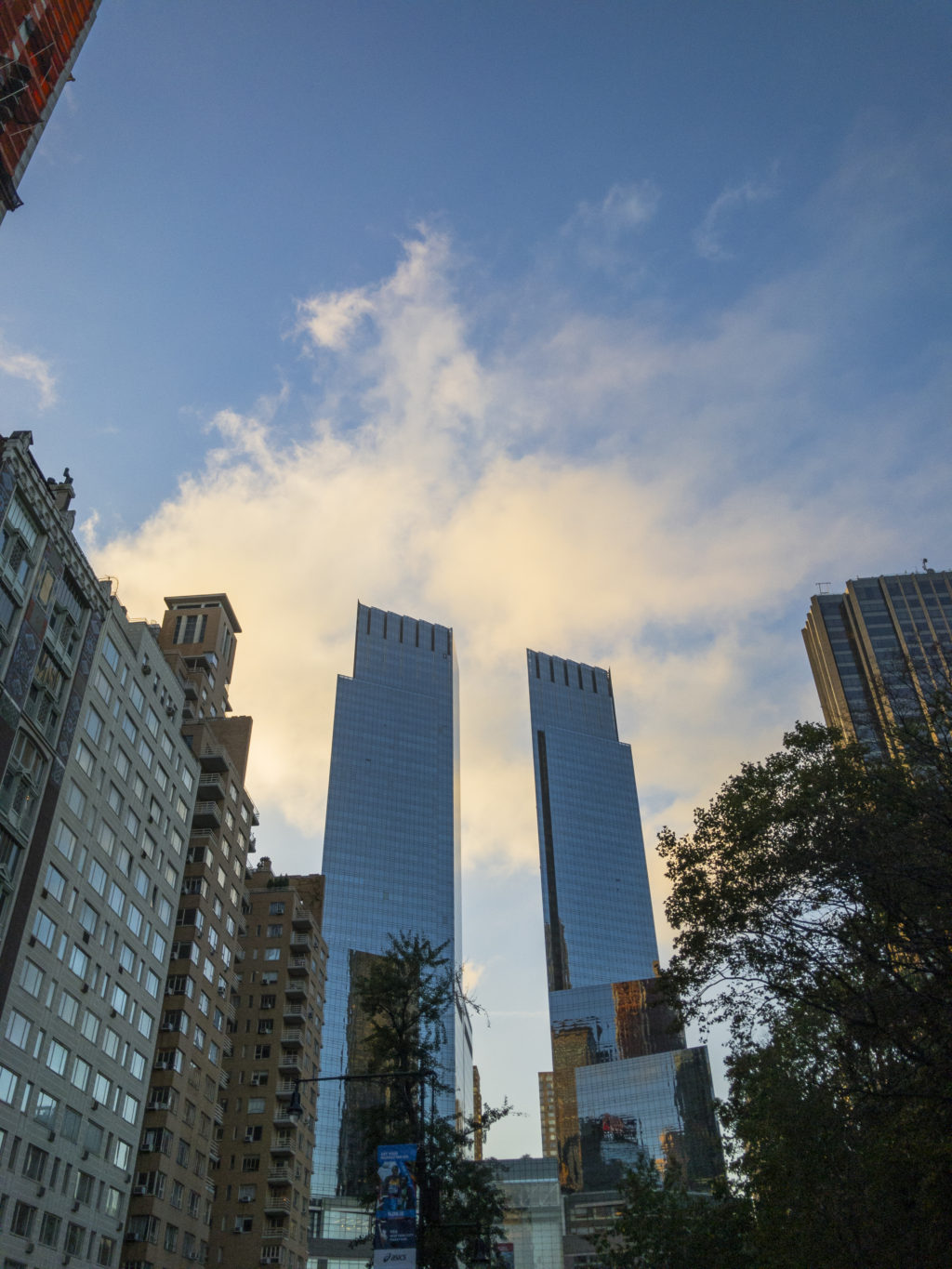 Sadly, low light performance is what it is, and DNG wasn’t going to change that. Shots taken at night or in a dark environment are still going to be peppered with noise, and the perceived “quality” is still weaker than I had hoped. The photo below was shot at ISO 1250, and it’s very noisy. 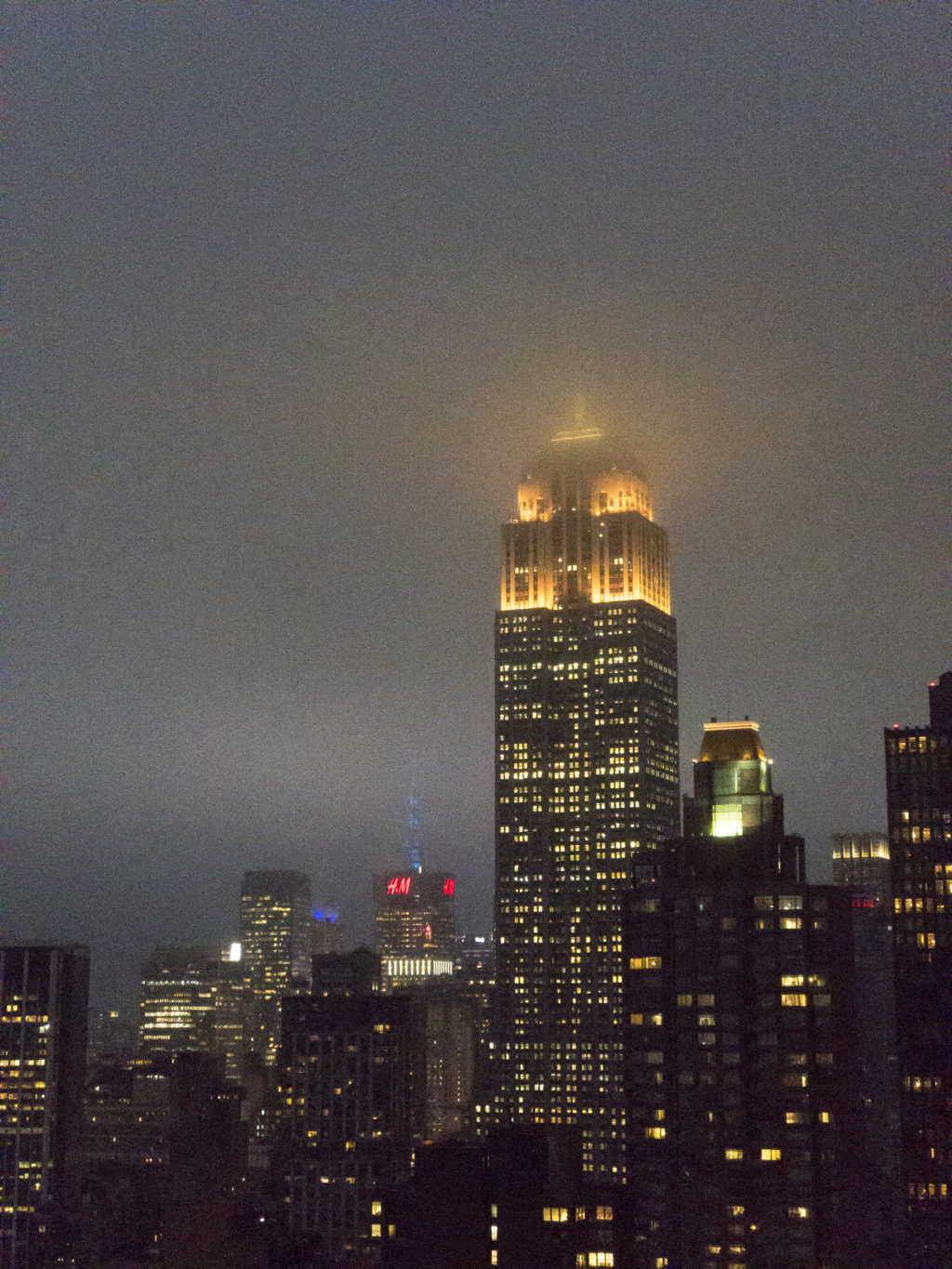 I also found that the iPhone 7’s ability to auto-discern what it should be doing with its own settings was unpredictable when using Adobe Lightroom Mobile. In several cases, it chose to keep the ISO down in lieu of dragging the shutter, but I didn’t know it was doing this nor did I have control of it directly. What resulted was a hand-held photo taken at 1/15 of a second, ISO 250, which means great noise control but dissatisfying blur: 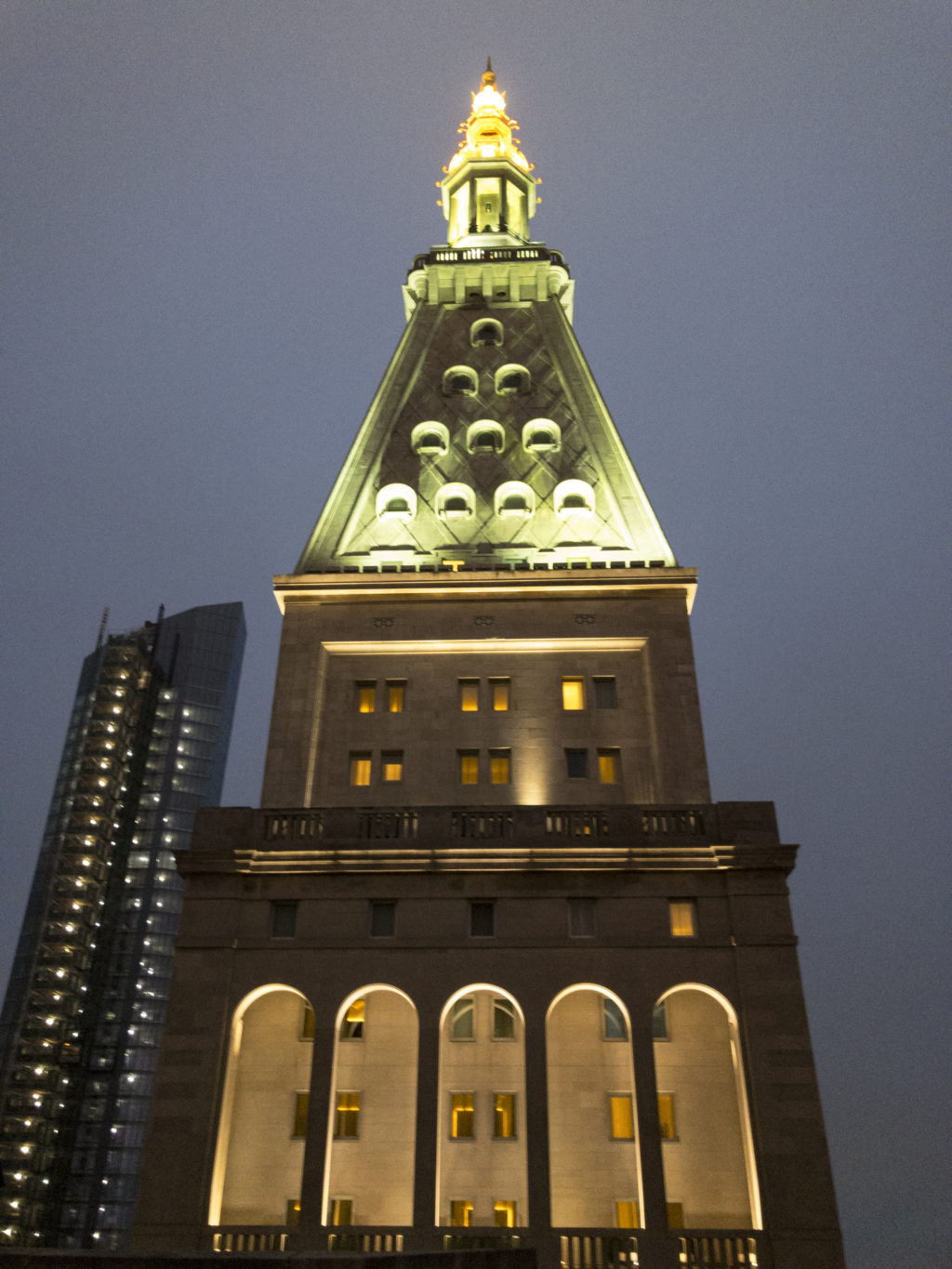 I didn’t have this problem when shooting with the native app, but then I also don’t have the option to shoot RAW. It’s a somewhat frustrating conundrum: I want the best photos, but I also want the easiest and smartest functionality. Right now, that isn’t possible.

One major benefit of RAW capture means that images I take allow for greater post production work, something I would normally never touch if I only had JPEG. 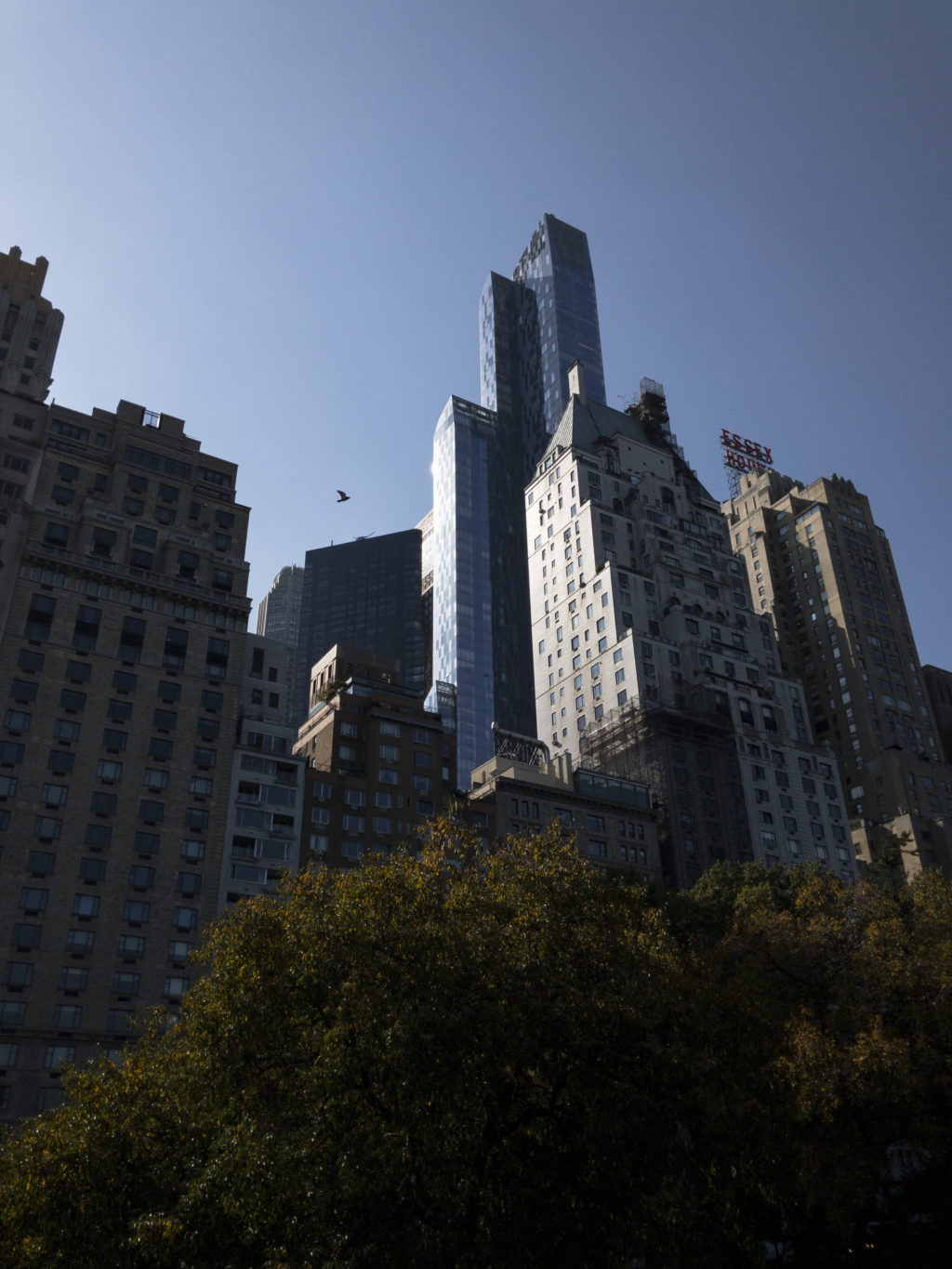 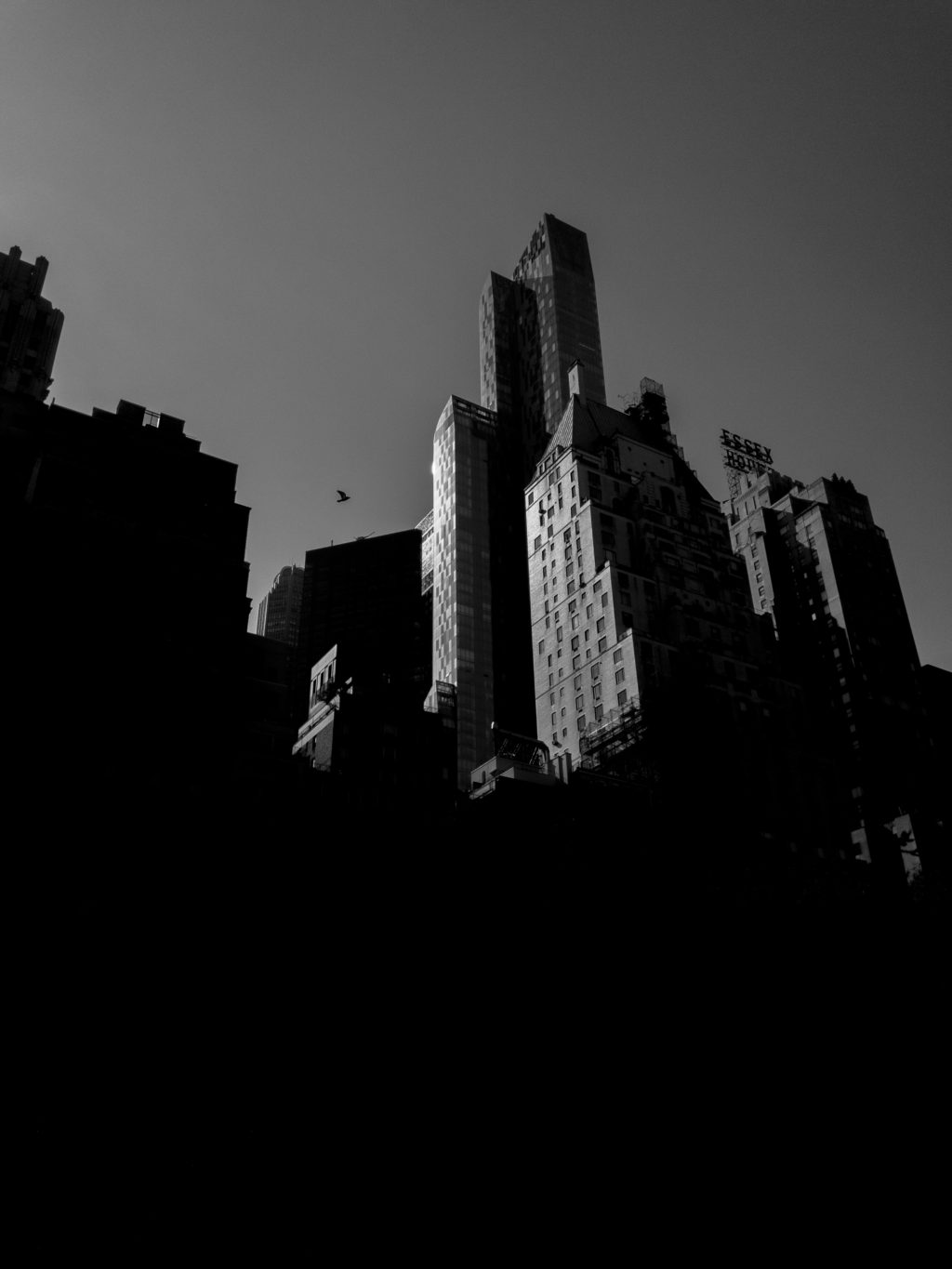 I’m very pleased with how good the DNG files look. The files are sharp, the images have a lot of give in both the shadows and the highlights (about two stops each way), and I enjoy working with them. Highlights have more “give” to them than the shadows do though. Even though you may be able to pull more detail out of the shadows, this results in a lot of that noise we see in many of the above images. Conversely, the highlights look better in comparison when you bring them down even if you can’t be as liberal with that application.

Something that is often overlooked in mobile cameras is autofocus, and it’s something Apple has gotten right year over year. The camera focuses very fast, rarely misses a subject, and has excellent face tracking. Nothing here is wildly better than before, but it was so close to perfection in the past that I can’t expect it to improve. No, it’s not a leap forward, but it didn’t have to. The AF is very strong.

One other thing that should be mentioned is how much tougher this iPhone is than its predecessors. Sure, it’ll still probably shatter if you drop it face down on concrete, but it is water resistant now (finally), which should open up the types of photos you can get.

Ok, this mode is spectacular. I have been using it for a couple weeks now and I’m continually impressed with how great images look. Take a look at how the defocused background really changes how you perceive a photo: 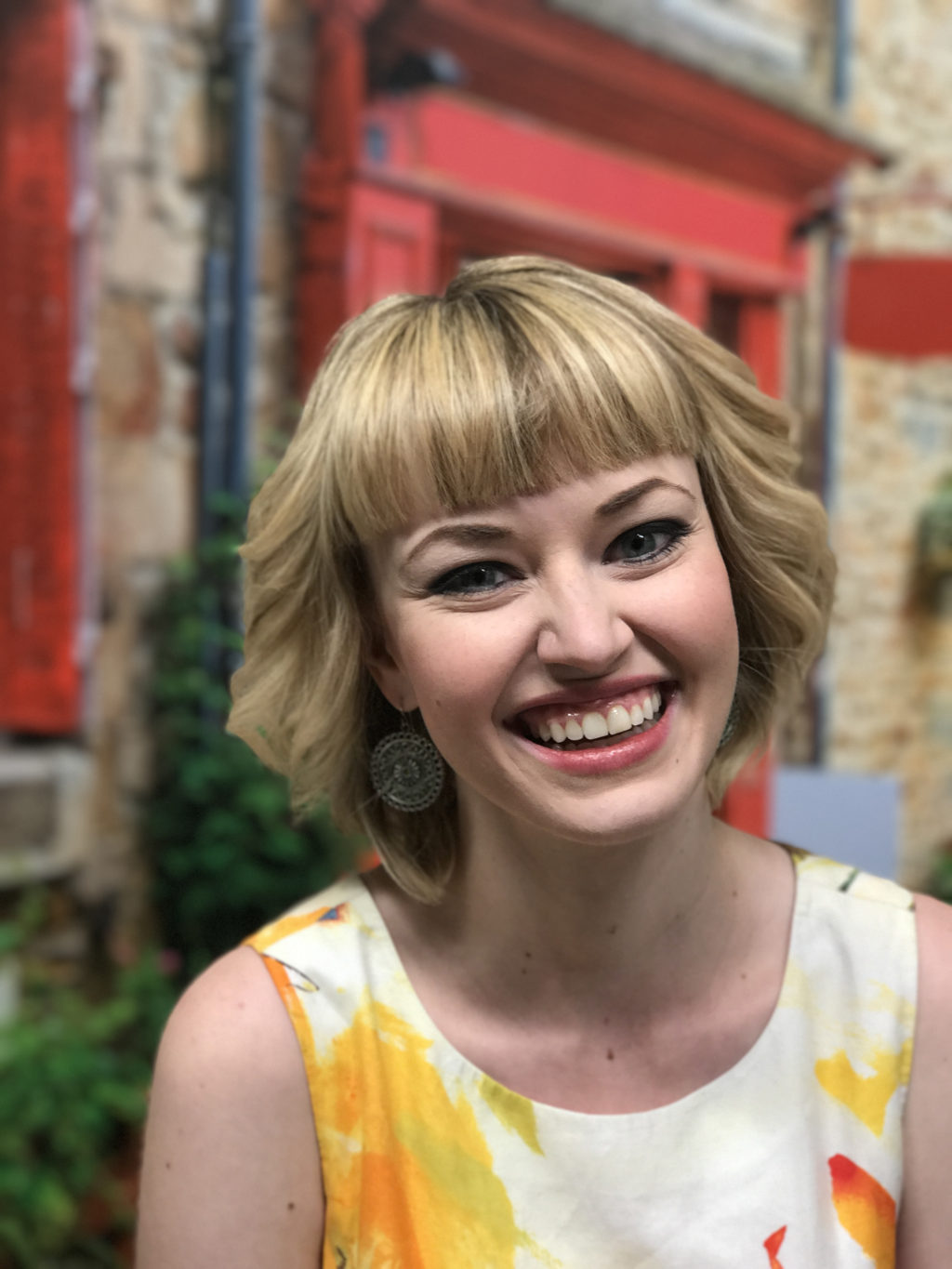 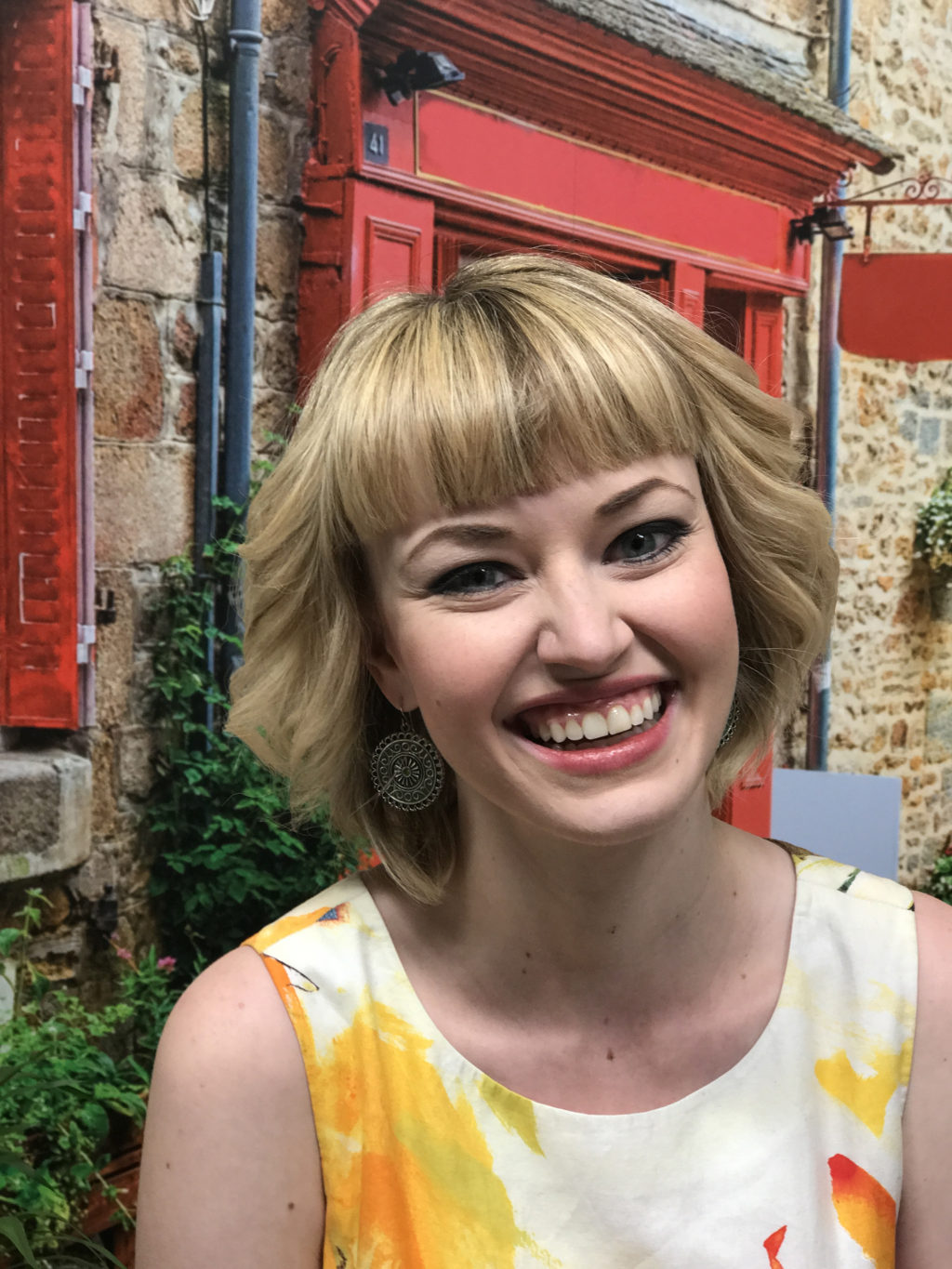 The defocus is just about perfect, and it changes the feel of the image dramatically. In fact, the portrait mode works so spectacularly well, even trained eyes will have a hard time discerning that this isn’t real bokeh.

There are two places the mode struggles: low light, and glass.

First, let’s look at glass, since I already spent a lot of time talking about low light issues. Because of the transparent nature of glass, it appears the algorithm has a hard time seeing where the edge of glass ends and the transparent background begins. This is especially apparent on glasses on the human face, and happens anywhere in the environment as well.

In this one, take a look at the right side of the glass box. You’ll notice the blur effect is rather off, and doesn’t look natural. 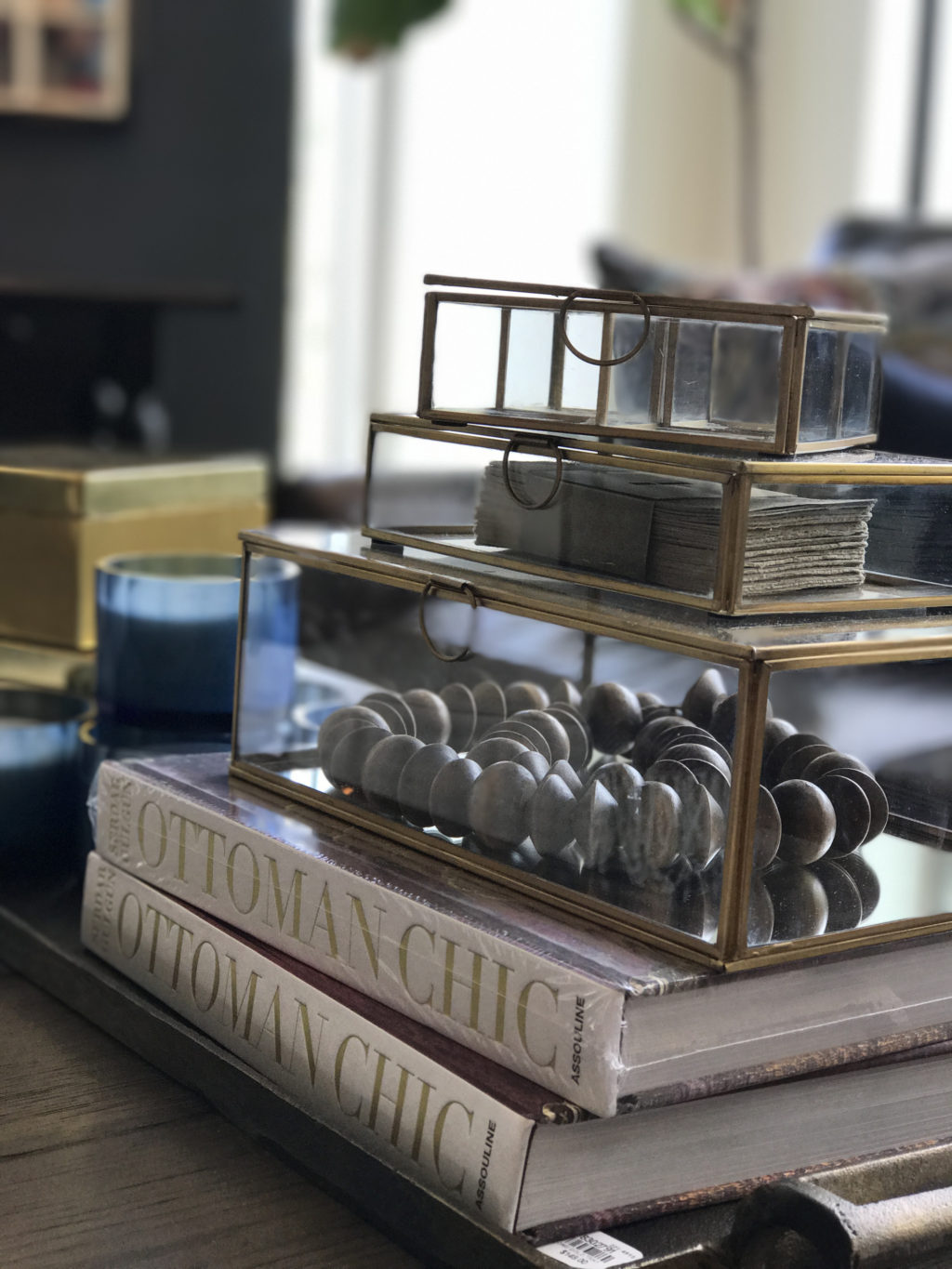 Below it’s even more obvious. It looks as though the Smudge Tool in Photoshop was applied with extreme prejudice. The first image has the Portrait Mode active, the second is how it looks in reality. 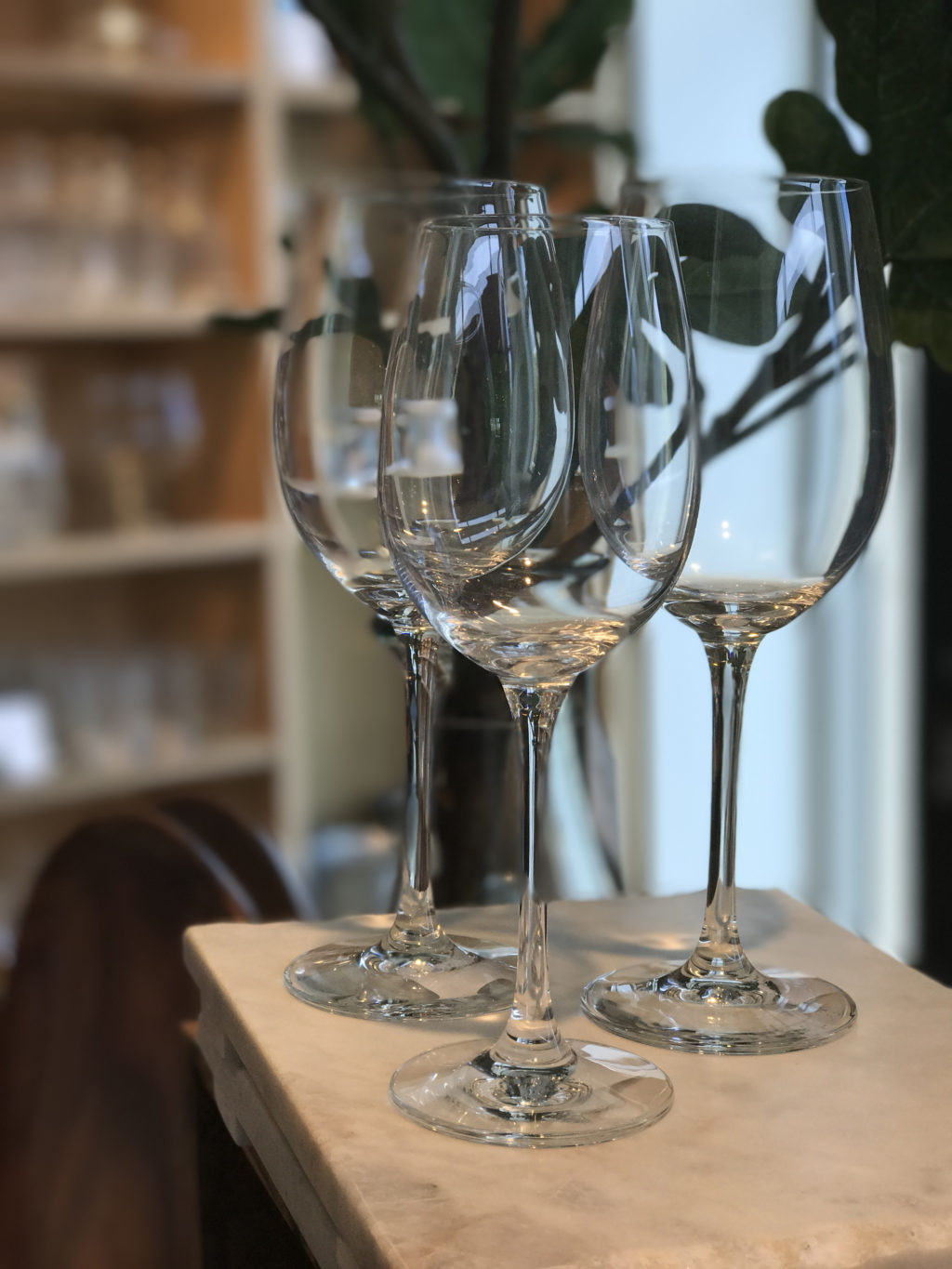 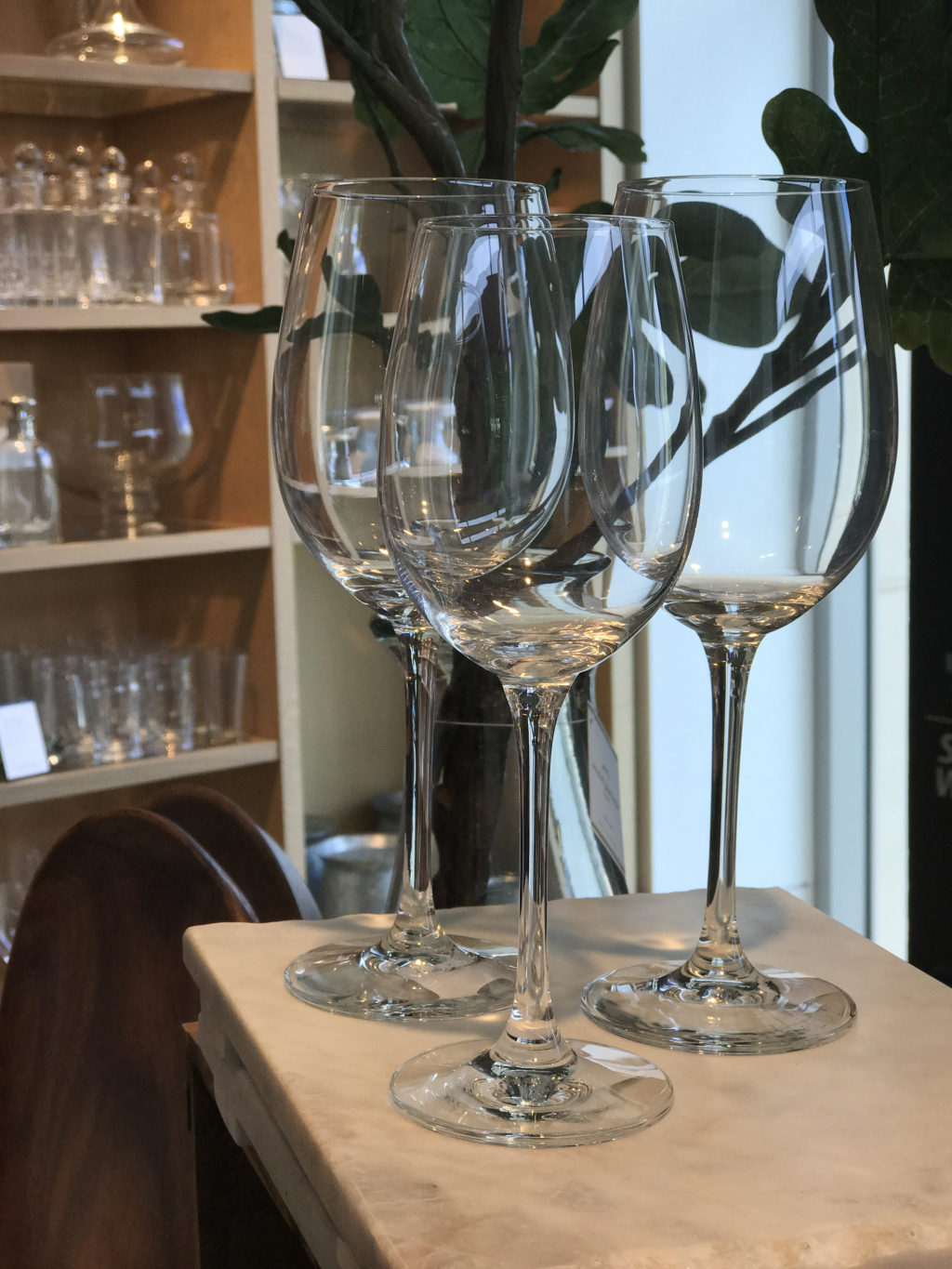 It’s not really worth showing you images taken in low light, because a mix of poor ISO performance mixed with a sub-par blur effect makes for an altogether unappetizing photo. But the fact that the Portrait Mode is performing poorly is actually stated in the app itself, before you take the shot. If there isn’t enough light to make a good image, the Camera App will tell you. So it’s not good all the time, but when it works… it works well. 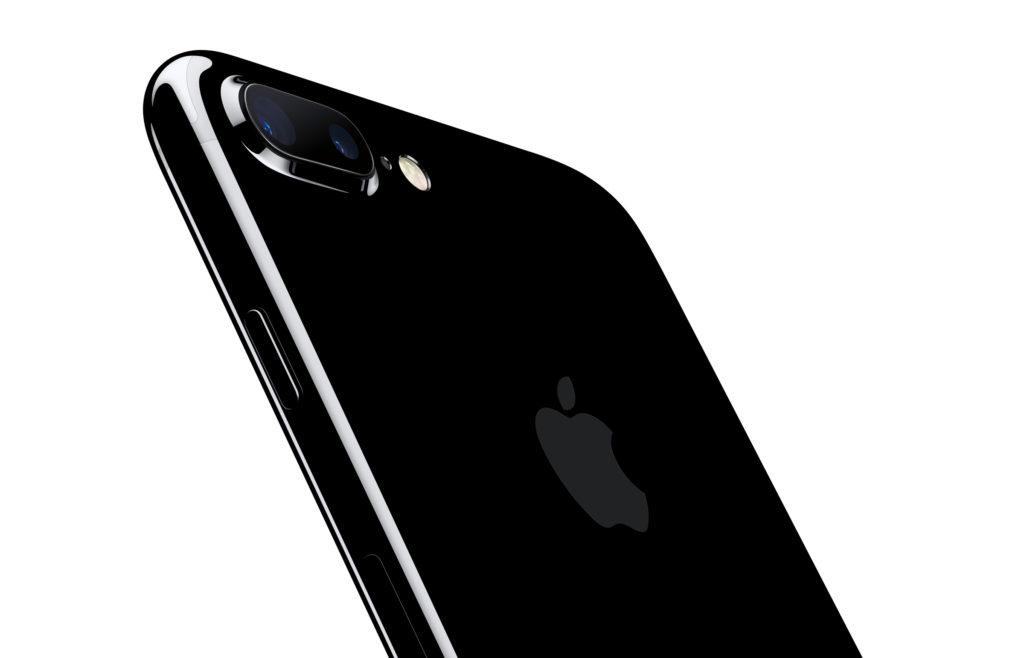 The iPhone is iconic. It is the single most popular camera on the planet, but it isn’t unchallenged. There are many, many options out there for mobile cameras, and to innovate is to stay on top. Right now, Apple has innovated, but is it enough to differentiate it from the competition. Multiple tests from various outlets have shown the Samsung Galaxy to have a better camera than the iPhone, even the old Galaxy vs the brand new iPhone. What it then comes down to is how much better is this camera than the last. To that I answer… it’s a little better.

The sensor feels pretty unchanged, with most of the effort going into the optic that’s hitting that sensor. What results is great photos in optimal light, but the sensor does a lackluster job when it can’t rely on the f/1.8 aperture. ISO performance is poor, so the awesomeness that is the telephoto lens (and therefore Portrait Mode) are reserved for times when light is prevalent. This sucks for concerts, events and weddings. That said, the ability to finally shoot RAW is a Godsend, and the images look very good. Despite its flaws, the telephoto lens is a welcome addition, and the Portrait Mode looks spectacular in 90% of use cases.

All in all, the new iPhone camera is really good, and it is better than the old one. It just lacks a “wow” that I got when I upgraded from the 5s to the 6.