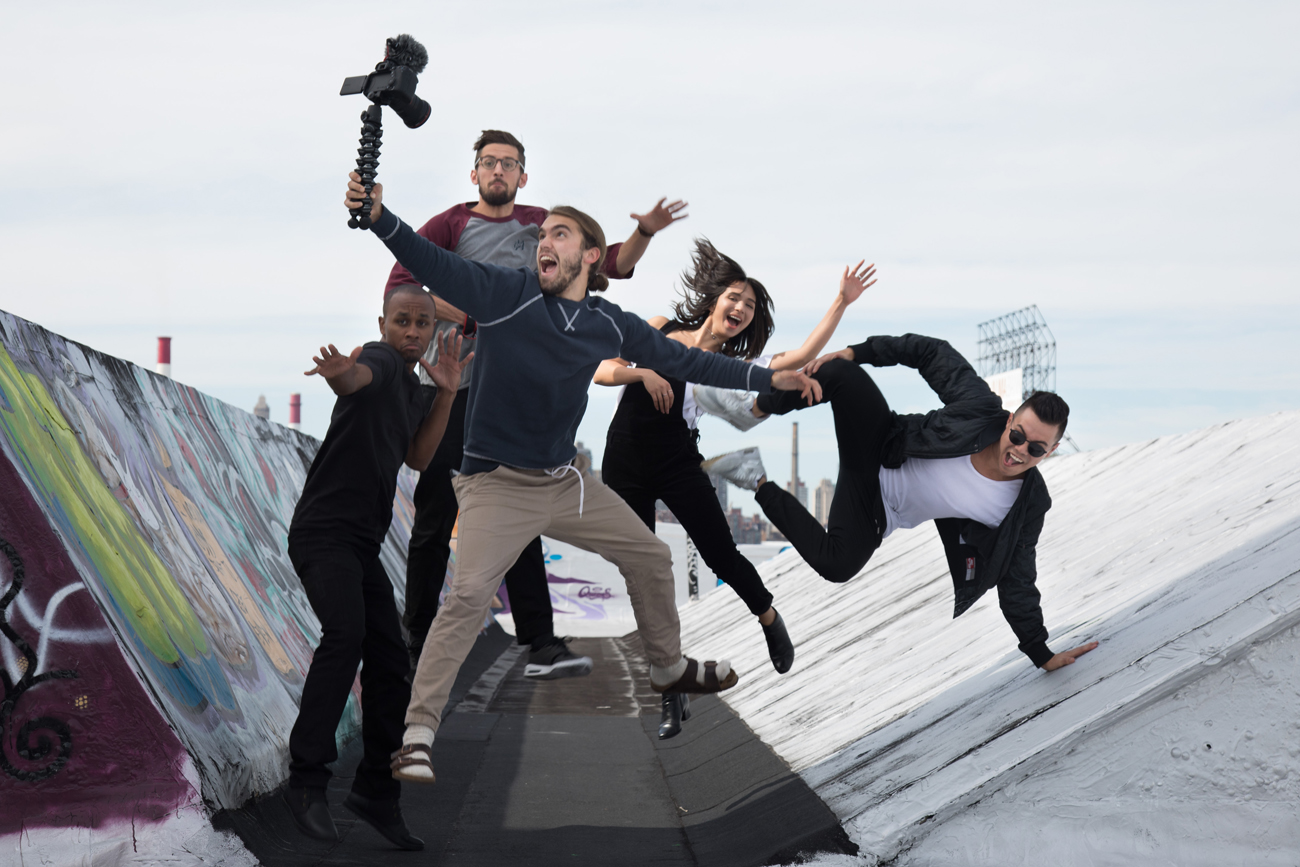 SPOILER WARNING: This article discusses the content of the first episode and reveals its winner.

Talent-searching reality shows have been all over our TV’s for almost two decades now, creating countless opportunities for anyone with a “gift” to pursue fame in anything from singing to baking pies or coming up with the latest haute couture. Photography had so far remained in the shadows, but AdoramaTV thought it was time to change that. So they created Top Photographer with Nigel Barker, which gives the industry the “Reality TV” makeover it didn’t yet have.

If you know Nigel Barker, it’s probably because you’ve seen him as a judge and a photographer in no less than 17 seasons of America’s Next Top Model. He was dreaming about a similar show for photographers all the while, but for some reason it took until the beginning of this year to actually make his dream come true, at least in part. It’s not on a cable network, but these days that’s hardly a barrier to entry. The premiere aired at 7 p.m. today, but you can go to AdoramaTV’s Learning Center or YouTube channel in case you missed it. 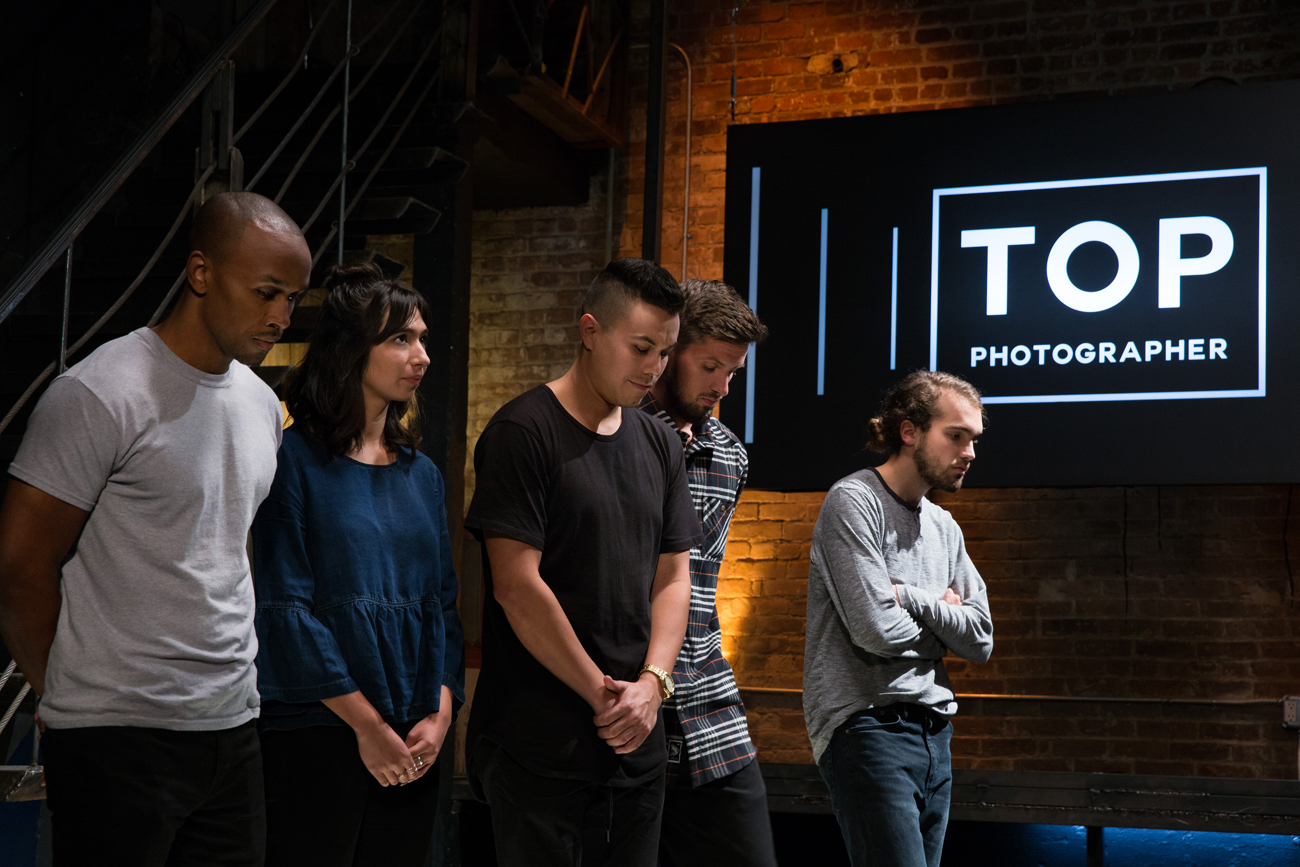 Reality TV has finally entered the world of photography. And these are the five contestants who have to make the show worthy of its name.
© ‘Top Photographer with Nigel Barker’

In a five episode web series sponsored by Canon, Nigel and variety of guest judges from the industry hope to discover if one of their five hand-selected candidates “has what it takes” to become America’s next photographic revelation. Pretty ambitious, and it immediately welcomed with some skepticism by some, but why wouldn’t we give it a chance? Who knows, maybe we’ll learn a thing or two from watching five aspiring top shooters doing their thing!

“We really put these photographers to the test, challenging them to work outside their comfort zones and prove not just their technical know-how, but that they have the right passion and drive.” -Nigel Barker

After a brief introduction, contestants are immediately put to work – no time to lose in an episode that lasts 20 minutes. The first challenge was to capture an athlete’s essence in a studio setting, with Olympic fencer Miles Chamley-Watson being the subject. Freedom of choice when it came to equipment (oh, surprise, there’s Canon’s newest), but no post-processing whatsoever. Sounds legit.

Nicely timed, Canon, having this show practically coincide with the release of your new flagship.
© ‘Top Photographer with Nigel Barker’

While contestants had their way with the sabre artist, Ben Lyons and David Bergman were there to help Nigel judge. One of the first things they paid attention to, was the way the photographers interacted with Miles. Rightly so, because descent interaction means fun shoots, and it’s always nice to be reminded of that. Second focus: how well do contestants stay true to their assignment? 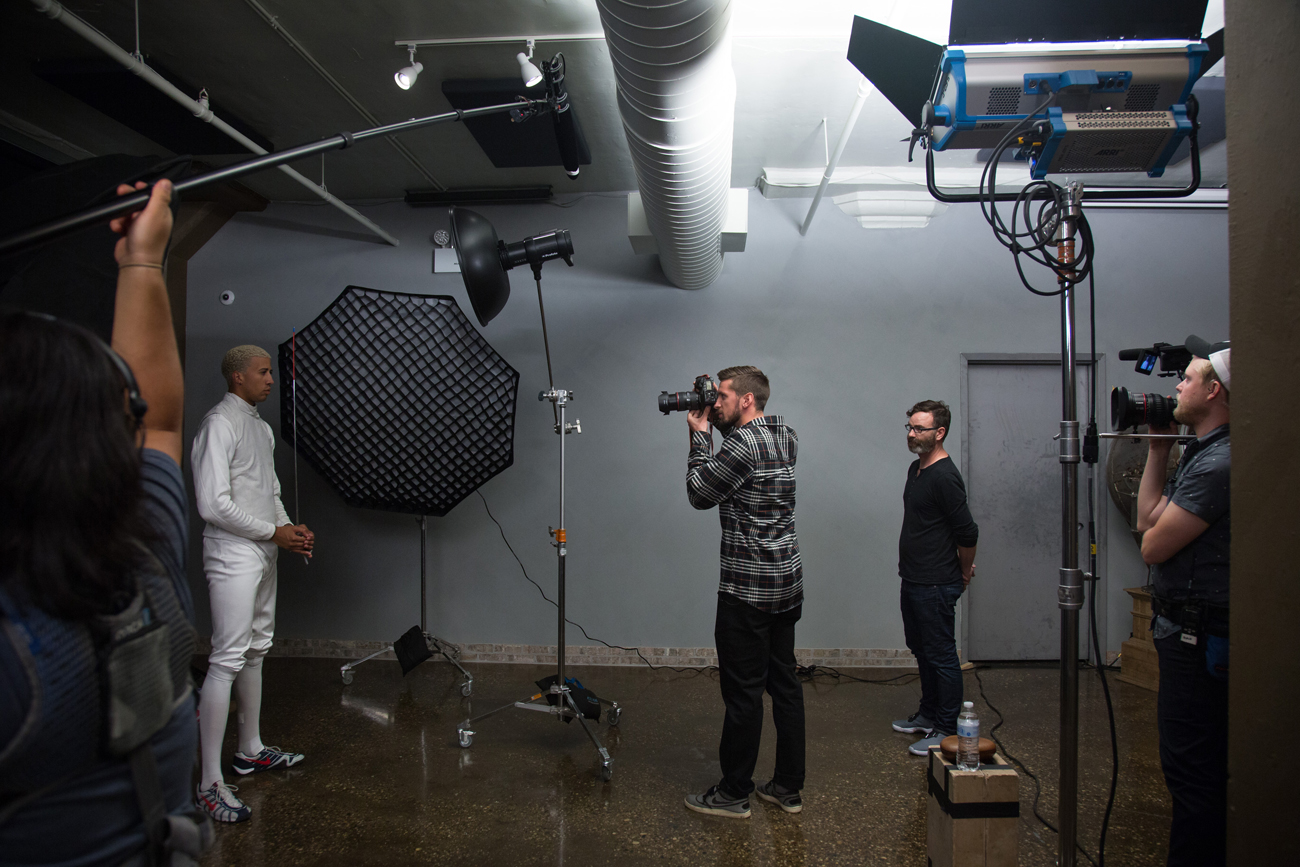 Watching how Chris Palermo does his thing.
© ‘Top Photographer with Nigel Barker’

Since it’s a web series, things have to move fast. The end of the show is there before you know it, and one of the contestants unfortunately has to leave. “That’s quick,” you might say.

There are simply too many sides to (top) photography to send somebody home after such a limited assignment. Especially when they tell poor Andrew Kearns his “signature style didn’t really fit the assignment.” Well, why did you choose him then? Surely there were plenty of more versatile shooters out there? Or at least those whose abilities better matched the challenges put forth by Top Photographer. 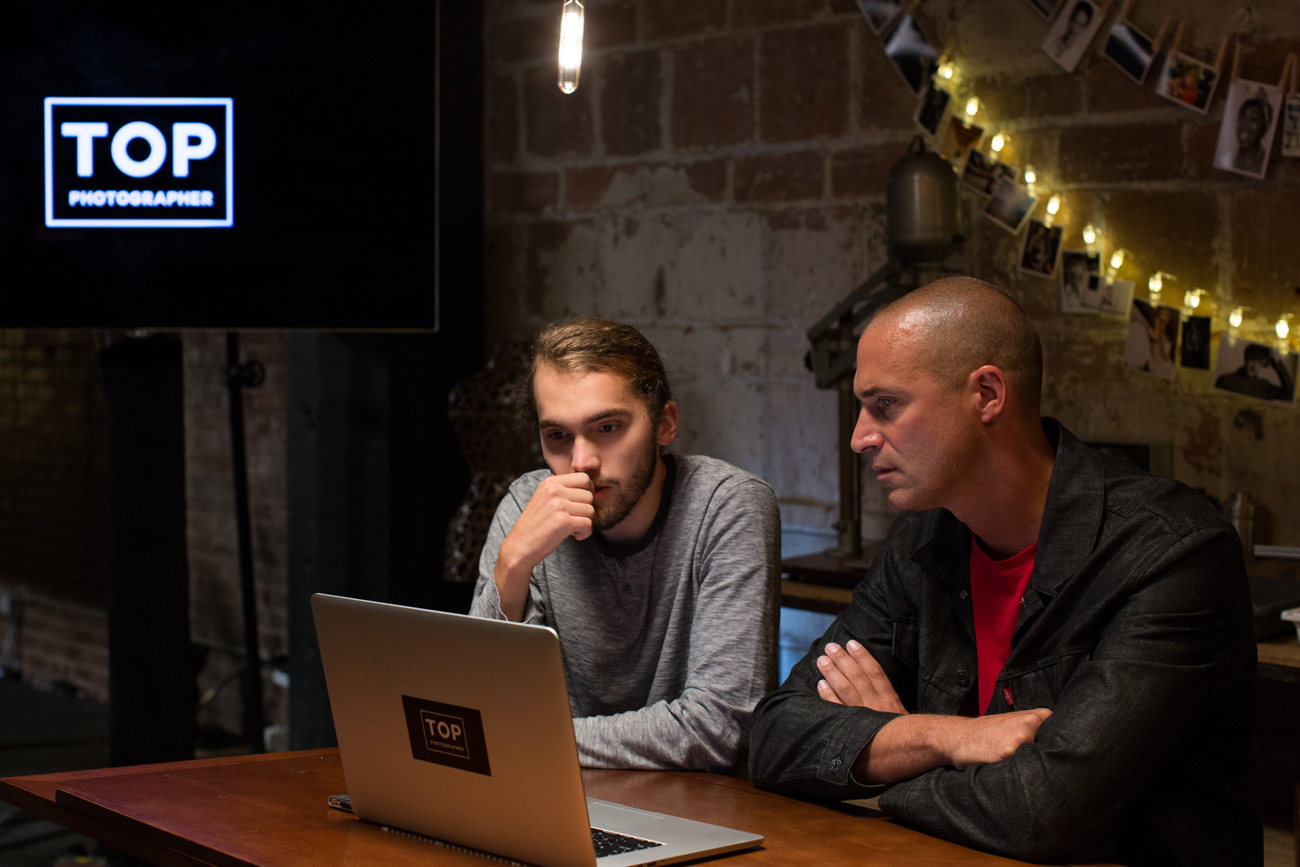 When the contestants are done shooting, Nigel helps them to pick their best photo. Unfortunately, even the best was not good enough for Andrew Kearns.
© ‘Top Photographer with Nigel Barker’

Not that we thought that Andrew took the best picture, but we didn’t think that of Roxy Rodriguez’s winning shot either – especially with the assignment in mind. Does a semi-naked Miles bending a sabre over his shoulders really capture the essence of fencing? Of Miles? And surely we will not be the only ones bothered to see bricks, stands and whatnots in the actual picture, and not just the subject in front of his backdrop, making it look more like a behind-the-scenes photo. We’d pick the “underexposed” one over the others any day.

“I thought Roxy was the best because she was very open and very easy to talk to and open up to. I thought she won hands down. Very nice to work with, which resulted in the best picture.” -Miles Chamley-Watson 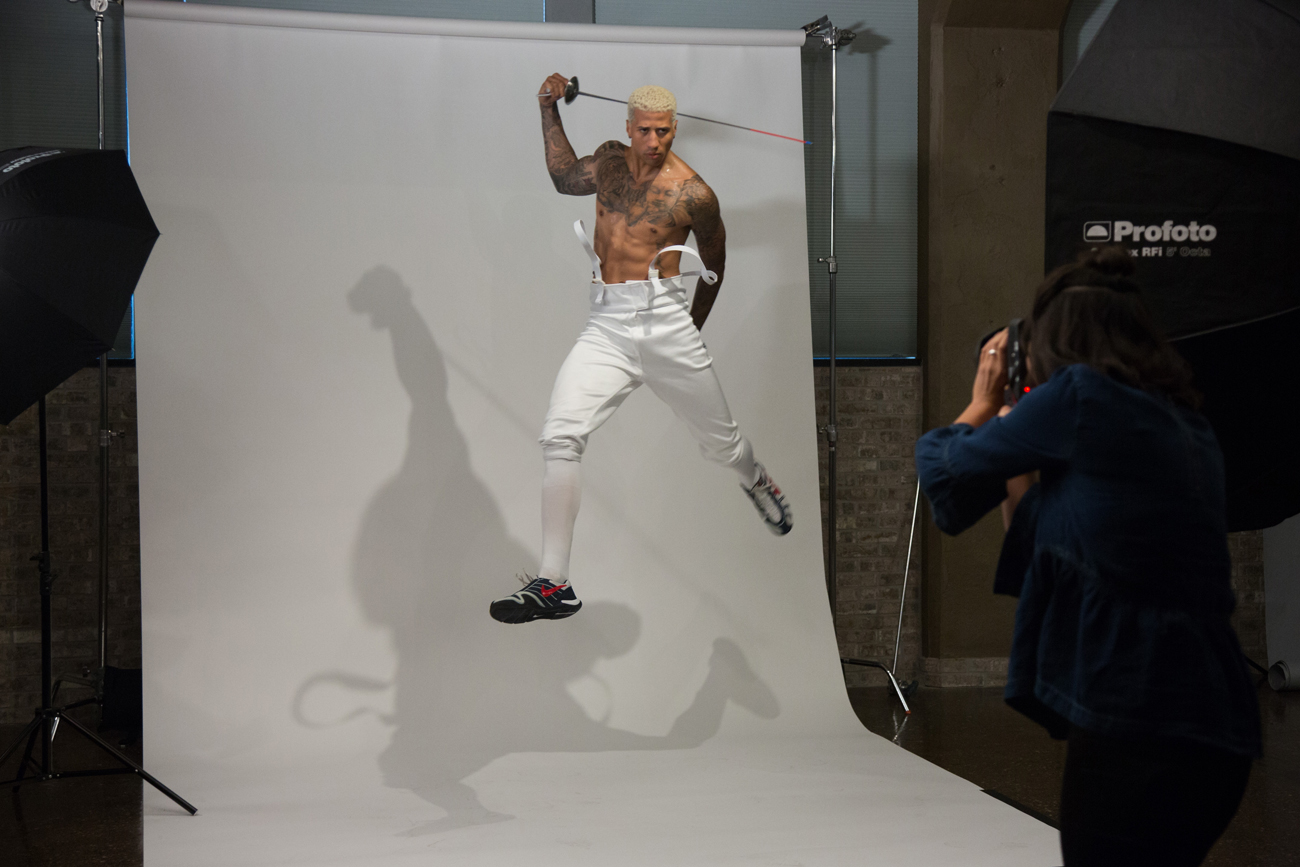 Wait – since when are fencers half naked?
© ‘Top Photographer with Nigel Barker’ 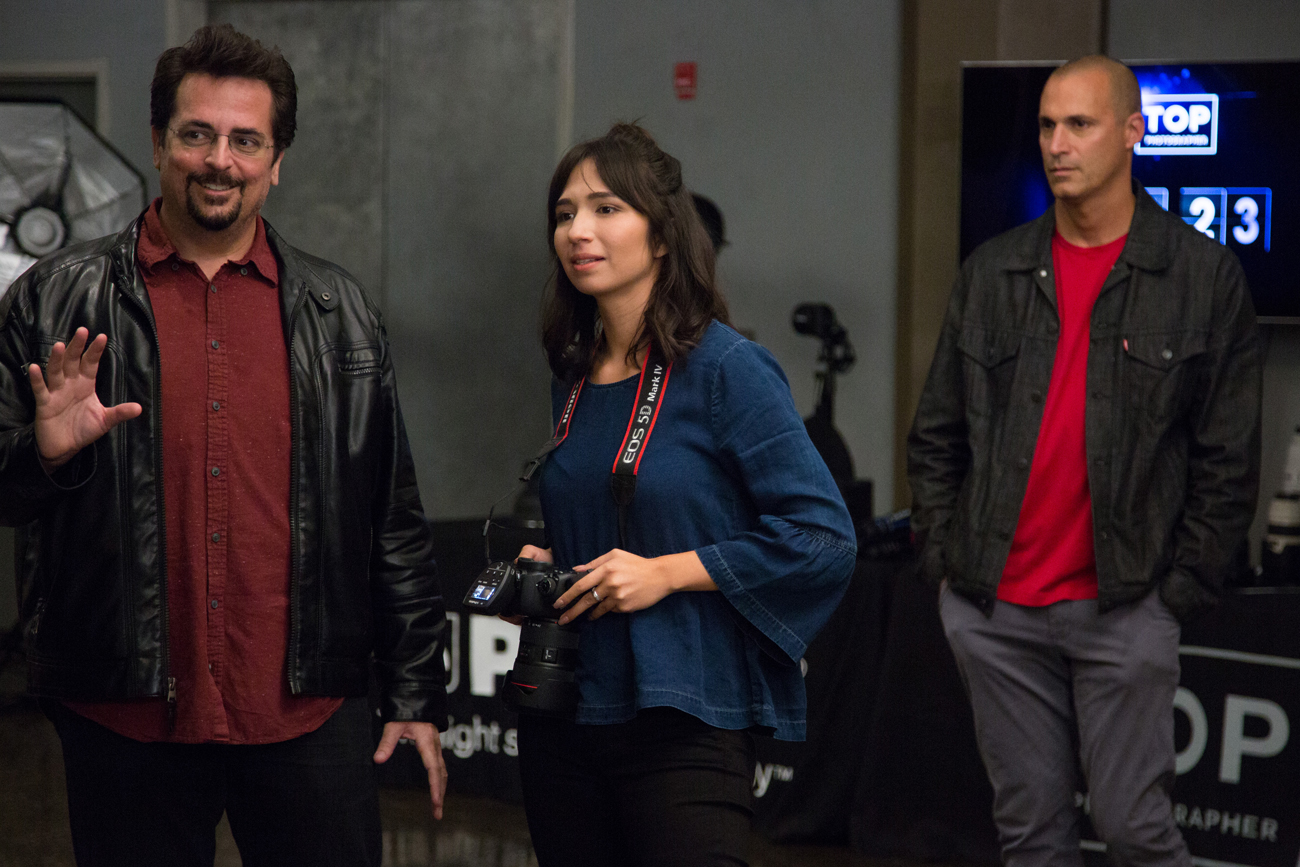 This show isn’t all too technical, and because of continuous feedback, chances are that you’ll end up better educated than you were before you started watching, which is a nice benefit. Other than that, this show is very similar to all those other talent-based reality shows. Entertaining, sometimes even informative, but it probably won’t be responsible for bringing forth America’s next best photographer.

We hope that Top Photographer with Nigel Barker at least serves as a reminder that photography is more than just snapping away with your latest iPhone. And here’s one piece of advice to Nigel and his team: let viewers help decide who should be eliminated at least at some point in the season. There’s a reason all these other talent-shows do that too… it keeps the watcher involved and coming back for more.