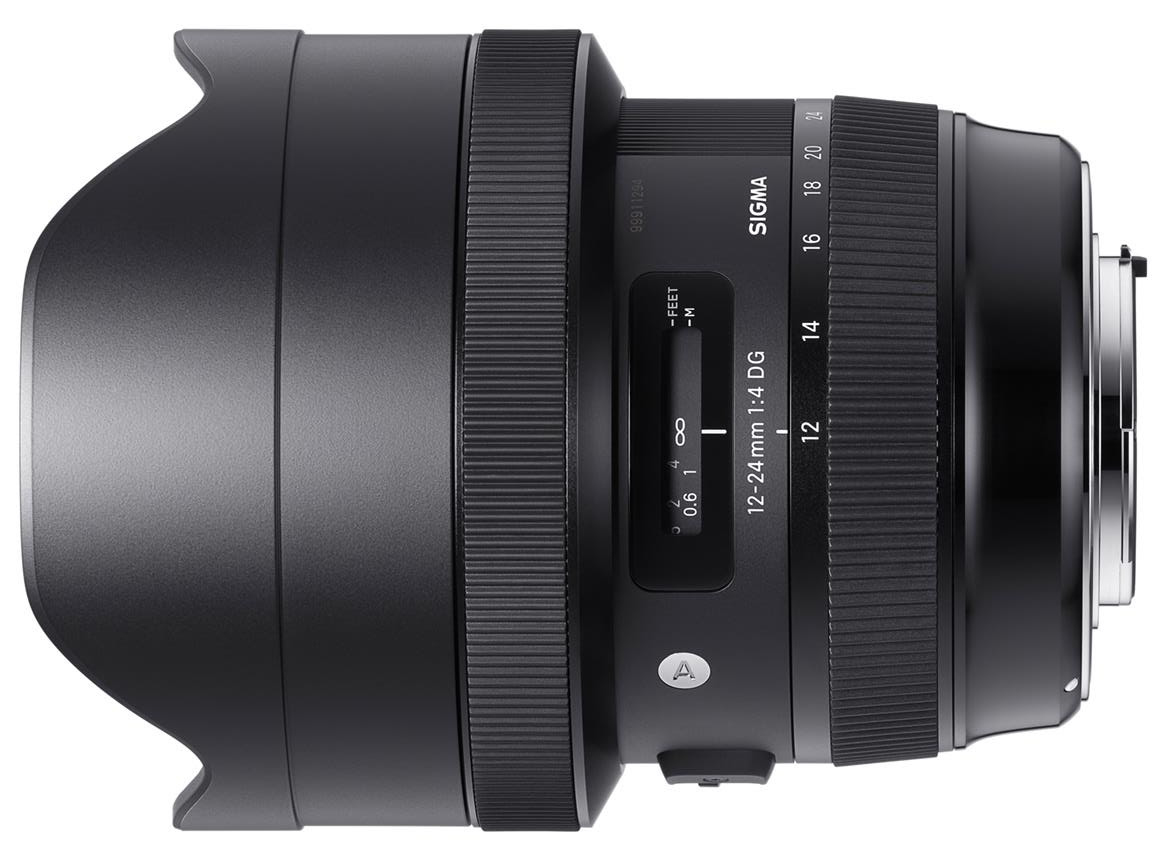 When I say “beast,” I mean it in both a sense that the lens is fantastic, but also that it’s beastly to hold. The Sigma 12-24mm f/4 is the kind of lens you can get to replace three other lenses in your kit, and it’s one of the only “all in one” style lenses that I actually recommend. It’s sharp, it’s versatile, and despite its weight works well for near any application a 12, 18, 20 or 24mm lens would be used for.

For lenses this wide, one of the first questions pixel peepers will ask hovers around how much distortion it has. Though it’s not the most impressive distortion control I’ve encountered in a wide angle (the Canon 11-24mm f/4 holds that title), it does do an outstanding job keeping subjects relatively distortion free all the way through the zoom range. 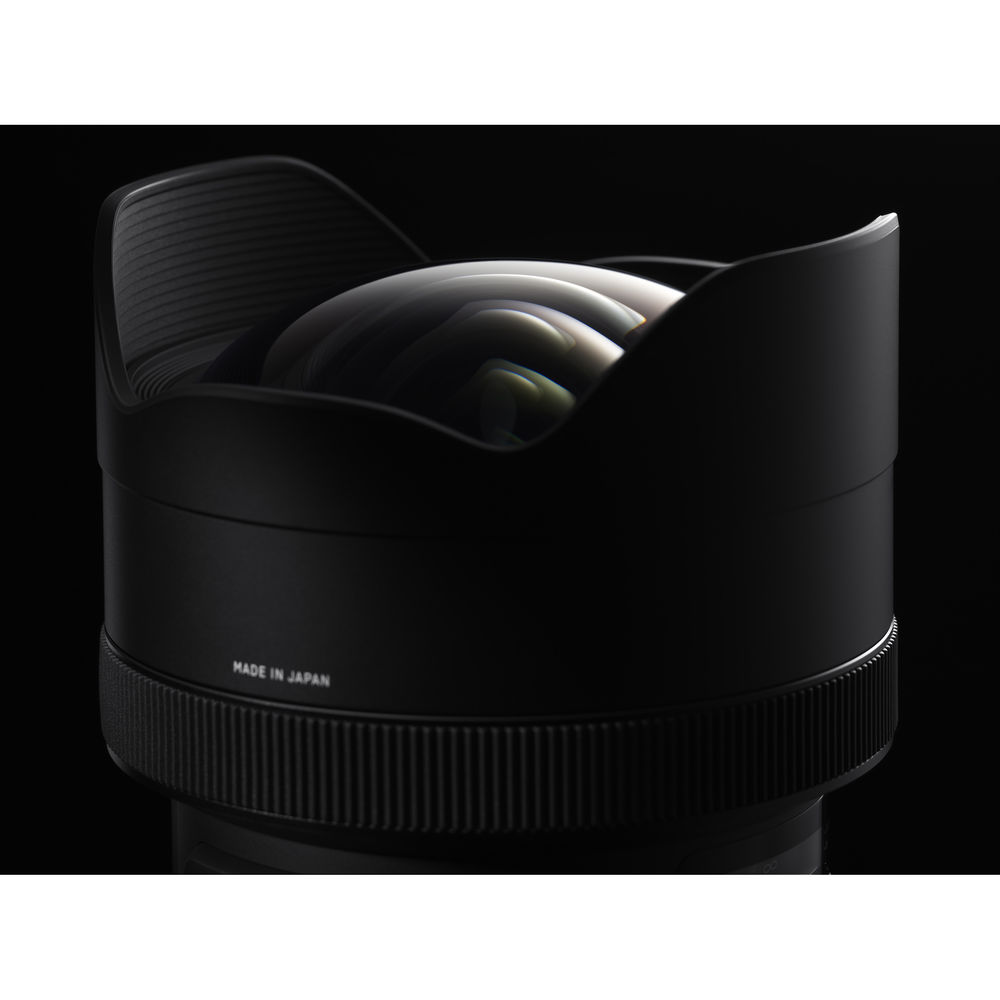 As expected though, and this is even the case with the lens’ prime competitor that Canon 11-24, when shooting events and people you will see distortion, especially if you are moving the lens through a scene in either video or timelapse. When you go this wide, that kind of thing is basically impossible to fully eliminate, and it should be expected. It’s by no means “bad” though, and I have no issue using this lens to capture a large area or to expand the sense of scale in a small one.

I want to start by showing you a photo that pretty well encompasses everything people tend to hate about wide angles, and no matter which one you choose to purchase, you can always find a way to get maximum distortion out of something as wide as 12mm: 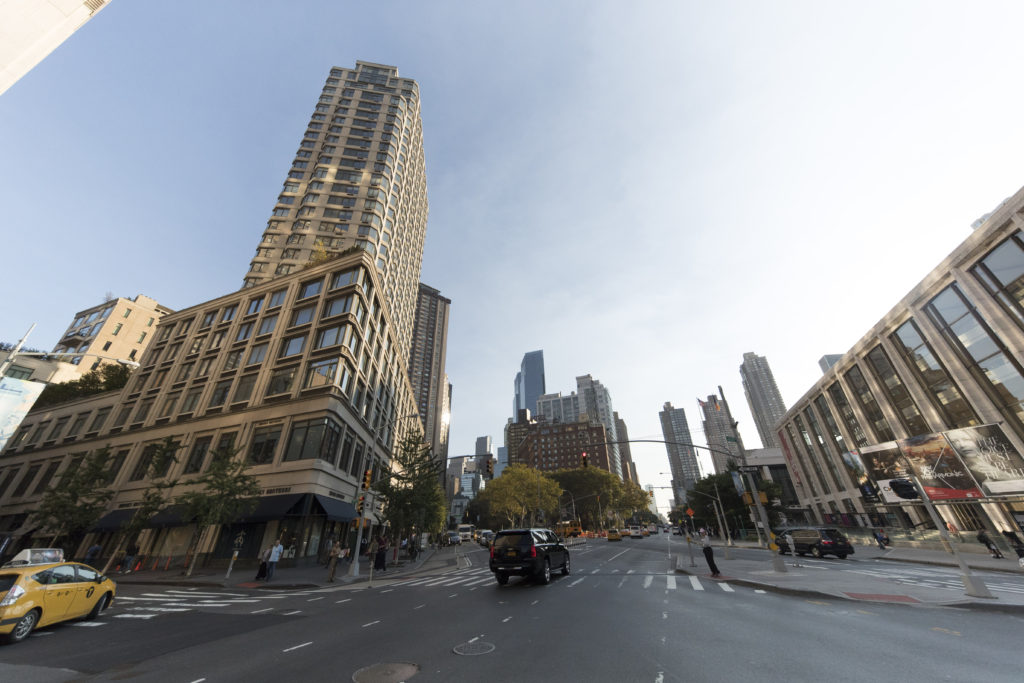 Looks bad right? Well, that’s wide angles for you in crappy, no-subject situations where the only thing you can really notice is how angular nearly everything is. What is important to note is that any line you see, like from the top of the building to the end of that line, is straight. It may be angled, but it is perfectly straight. That’s really impressive, and shows there is very little barrel or pincushion distortion.

It’s not a good photo, but it should show how even though it’s ultra-wide, the lines are still straight.

But 12mm can look good. I’m not saying the next photo is amazing, I’m saying it helps illustrate how 12mm can actually work in a situation: 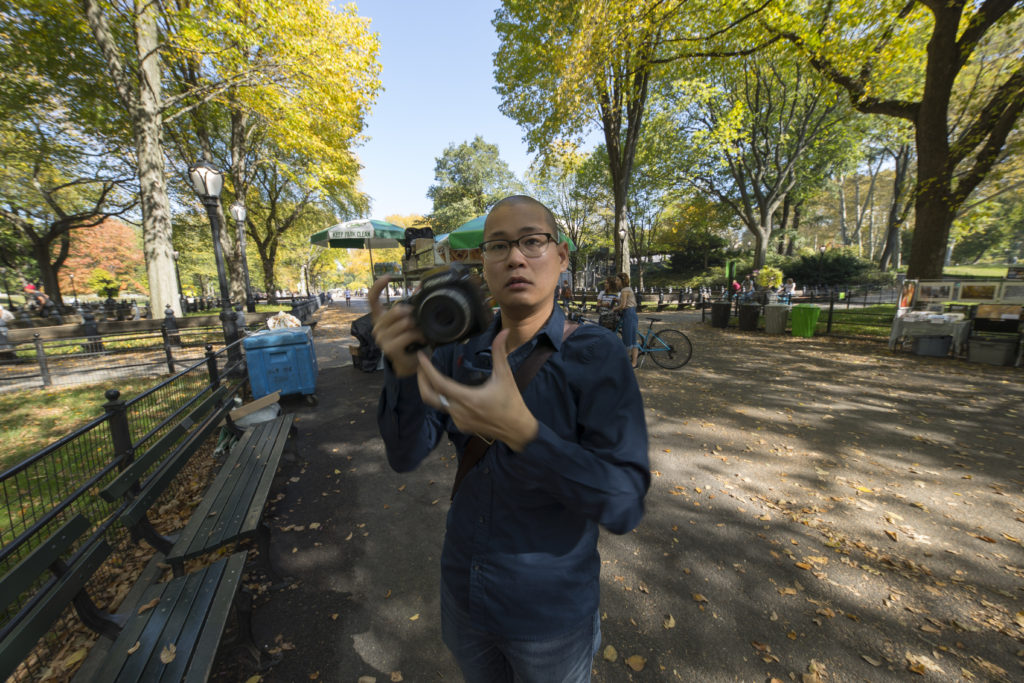 Distortion is really well controlled yet again. The subject himself is not particularly warped in any way, and the image has levels of “interest” which make the photo look better.

So when we look at a lens like the 12-24mm, you have to come in basically expecting that in no way can 100% of things shot with this lens look good 100% of the time. It’s about managing expectations and how you use the optic to achieve a desired look that works despite distortion that is inevitable at incredibly wide angles.

If you’re considering the 12-14mm, you are probably comparing it to both the Canon 11-24mm and maybe the Nikon 12-24mm (though this is only a DX lens, so probably not), and you’ll notice that the Sigma’s pricing is over $1000 less than that Canon version. The biggest question would be how much of a difference in quality is the Sigma. The answer is… it’s really, really good. I think the Canon in the end does a slightly better job, but not $1000 better.

What I am saying is that the Sigma is so good you probably would be hard pressed to pay an additional $1000 for a Canon one that manages distortion just a hair better when the Sigma is pretty spectacular.

Let’s talk about sharpness, something that Sigma lenses tend to do very well, and the 12-24mm f/4 is no exception. At any focal length in the 12-24mm range, the sharpness is very impressive in the center chunk of the image (think of the area that would normally be an APS-C crop). For the sake of example, let’s keep using the last image from above: 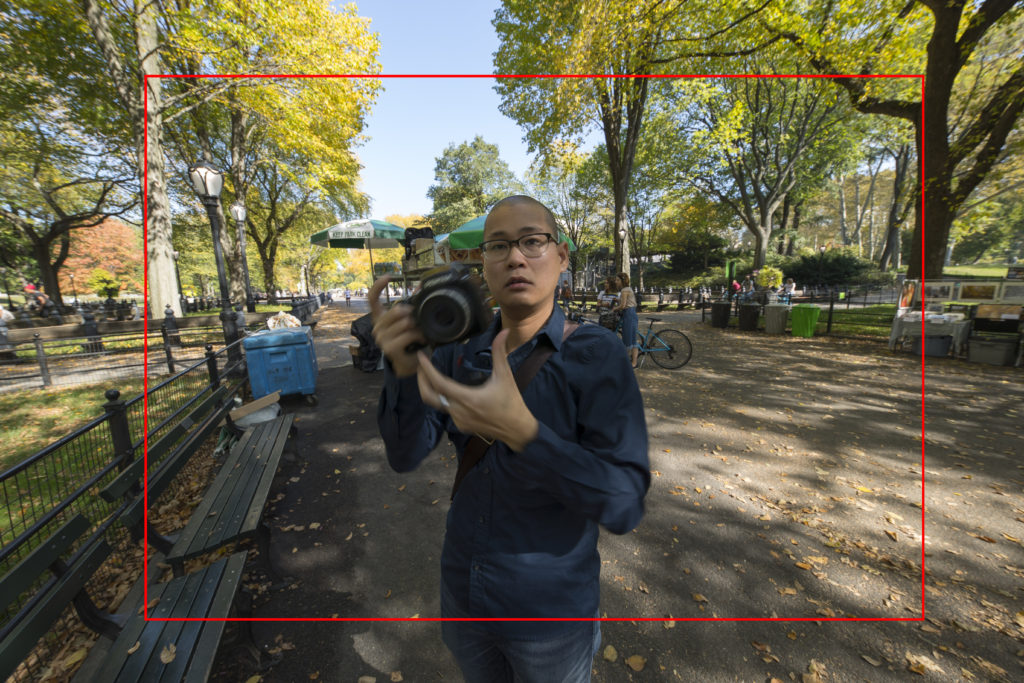 Anything inside the red rectangle is pretty darn good. But as you approach the edge of it and move beyond the boundaries, you’ll notice that things start to get a bit stretched out and the sharpness becomes muddy. This is a common problem with wide angles, especially something as wide as 12mm, and the Sigma falls prey to it as nearly every other lens on the market does. Even the Canon 11-24mm has this issue, which you can see in the image below: 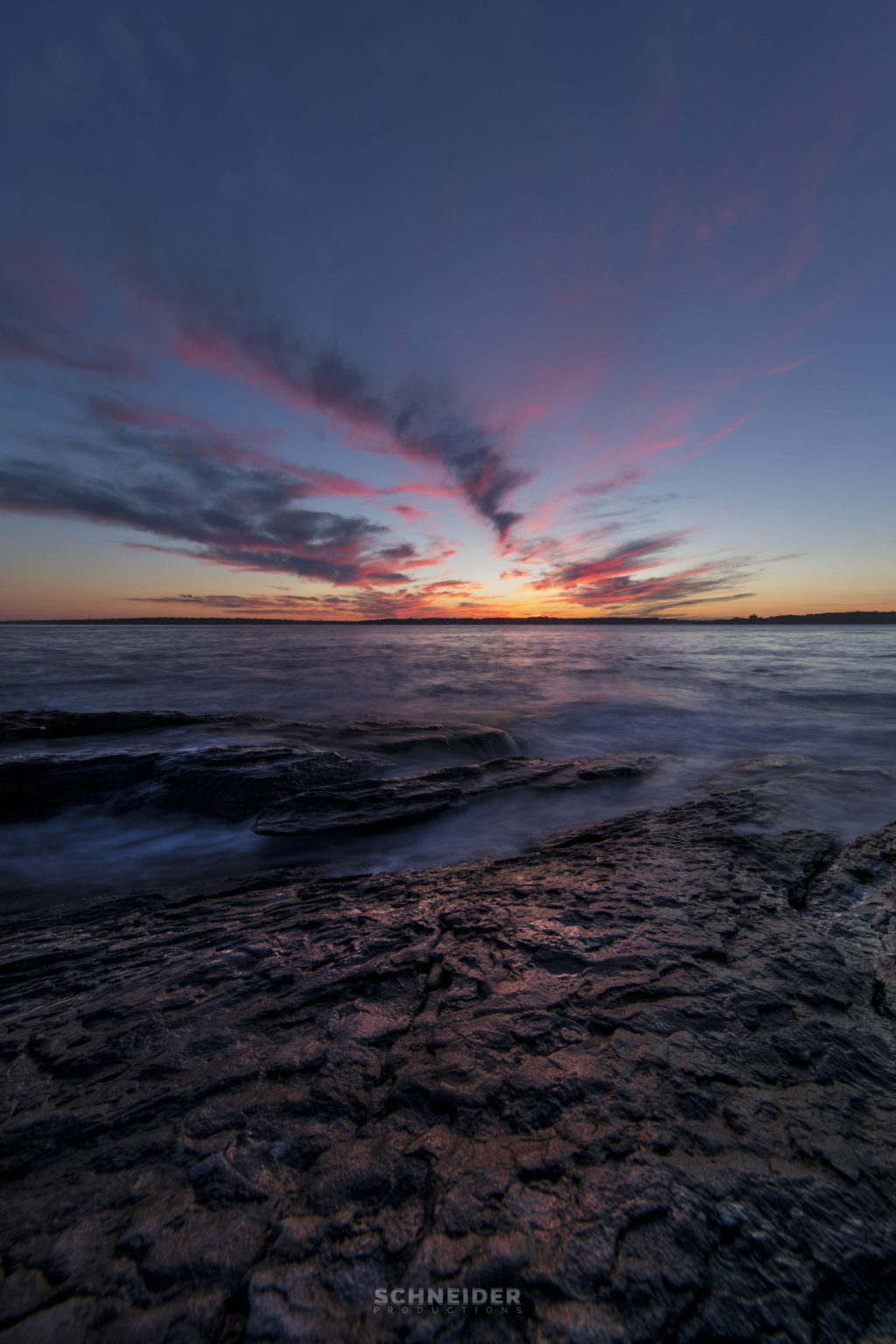 The sharpness falloff is very swift, and by the time you get to my watermark at the bottom, it looks markedly similar to what the Sigma is doing.

This is commonplace, and should be expected (unfortunately). Neither of these lenses mitigate the issue very well, and it happens in basically the exact same imaginary rectangle on both lenses. If you want perfect corner sharpness at 12mm, I unfortunately can’t recommend a lens that does that right now. However, if you want decent control and forgivable pixel stretching, well… the Sigma and the Canon do about the same job.

Though the Sigma 12-24mm f/4 has some pixel blurring/stretching issues at the wide end, at the zoomed end (24mm), things look a lot better. In fact, they look outstanding. 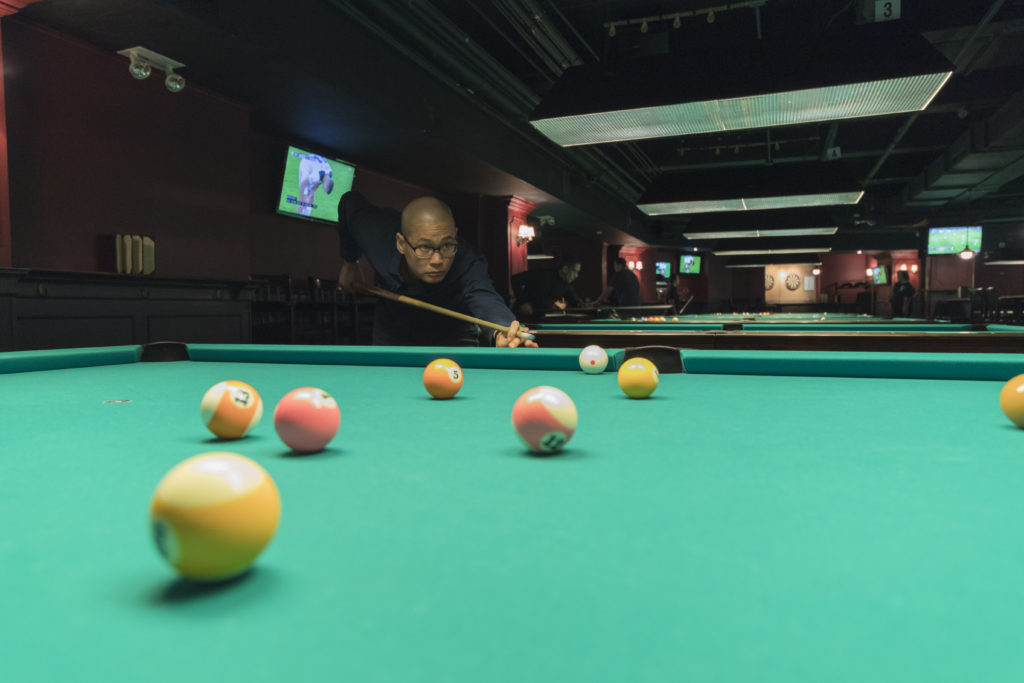 Lines are straight and distortion is extremely well controlled. I am a huge fan of how images look at the 24mm end of this lens, and in my opinion they look better than Sigma’s standalone 24mm lens. 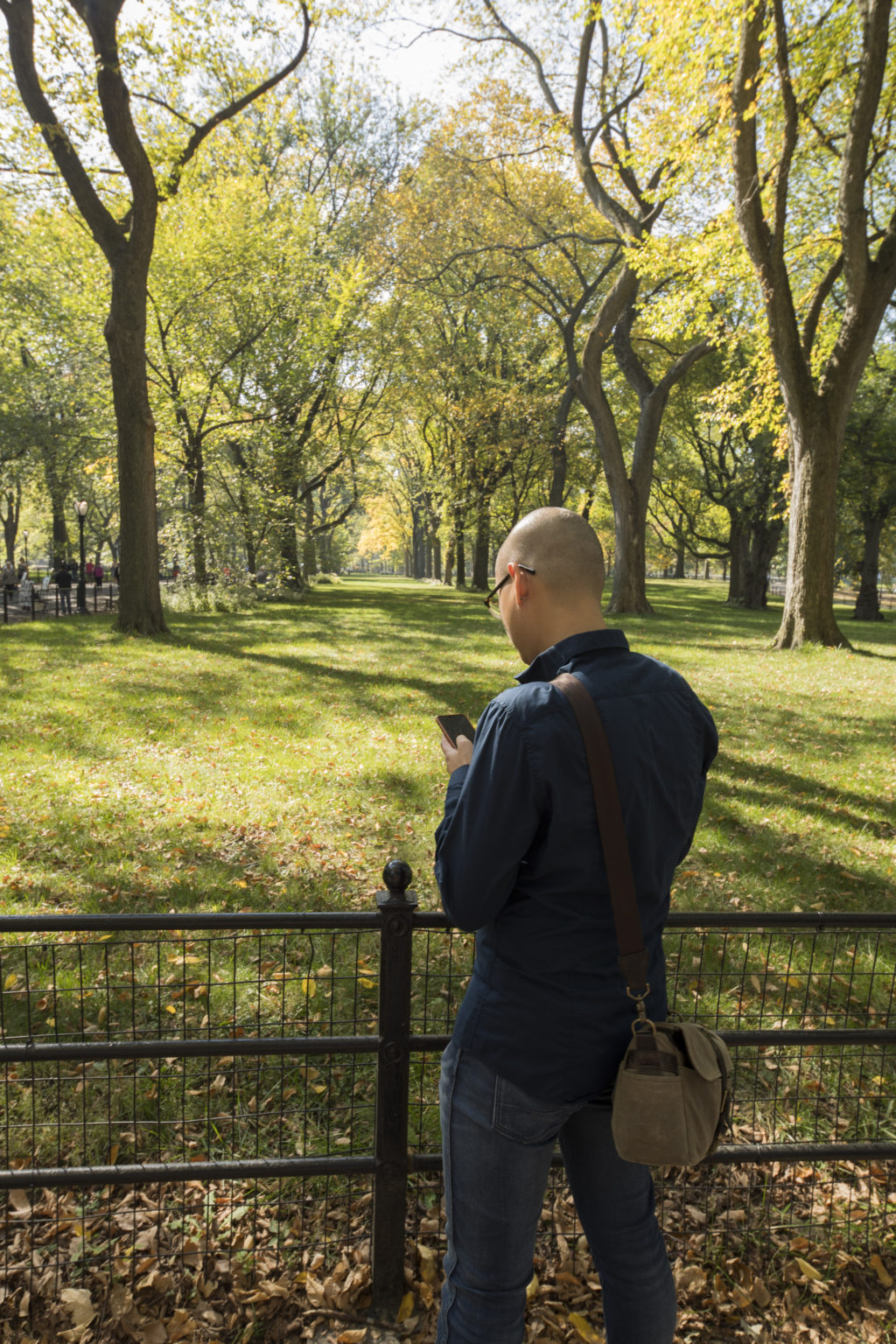 I think what is important to note about this lens is its consistency. No matter what focal length I was using or what aperture I was set to, the lens performed basically the same (save for more vignetting at the wider end of the aperture range, which is easily corrected for in post). The center two-thirds of the photo remained incredibly sharp at the wide end, and the whole image looks really good at the zoomed end.

So what about chromatic aberration? Well, I can’t say I really noticed much of any actually, which is shocking considering how wide angles are the most susceptible to the problem than any other type of lens. It’s likely the f/4 maximum aperture being not particularly open, but there was little to no chromatic aberration in any of my shots.

This is probably the most bang-for-your-dollar in a wide angle lens that you can currently purchase. It’s nearly a fisheye at 12mm and it’s a great wide angle at 24mm with everything in between. Normally you have to choose between a set of primes or a crappy variable aperture to get all these options, but the Sigma makes it easy with one lens.

My only real complaint with the Sigma 12-24mm f/4 is its weight. It is heavy. Like, very heavy. It’s not at all a walk-around kind of lens. In fact, it’s the heaviest wide angle telephoto I’ve ever held, and while it was in my camera bag it was only outweighed by the Canon 100-400mm f/4.5-5.6. It’s not small either, and therefore it is not discreet in the slightest. That said, being a wide angle, it doesn’t really have the need to be discreet. The weight is caused by the metal and glass used to make up the quality of the piece. It feels like a sturdy, valuable piece of equipment because it is.

Just know… you shouldn’t expect to carry it with you everywhere. The weight will get to you.

Ok one last minor complaint: the zoom and focus rings are very thin. Sigma makes some weird decisions when it comes to how much grip they give you to zoom, the most glaring example being the heinously small focus ring on the 24-105mm f/4. The rings on the 12-24mm aren’t that bad, but they aren’t great either. The zoom ring is tolerable, but the focus ring feels about half an inch too slim. 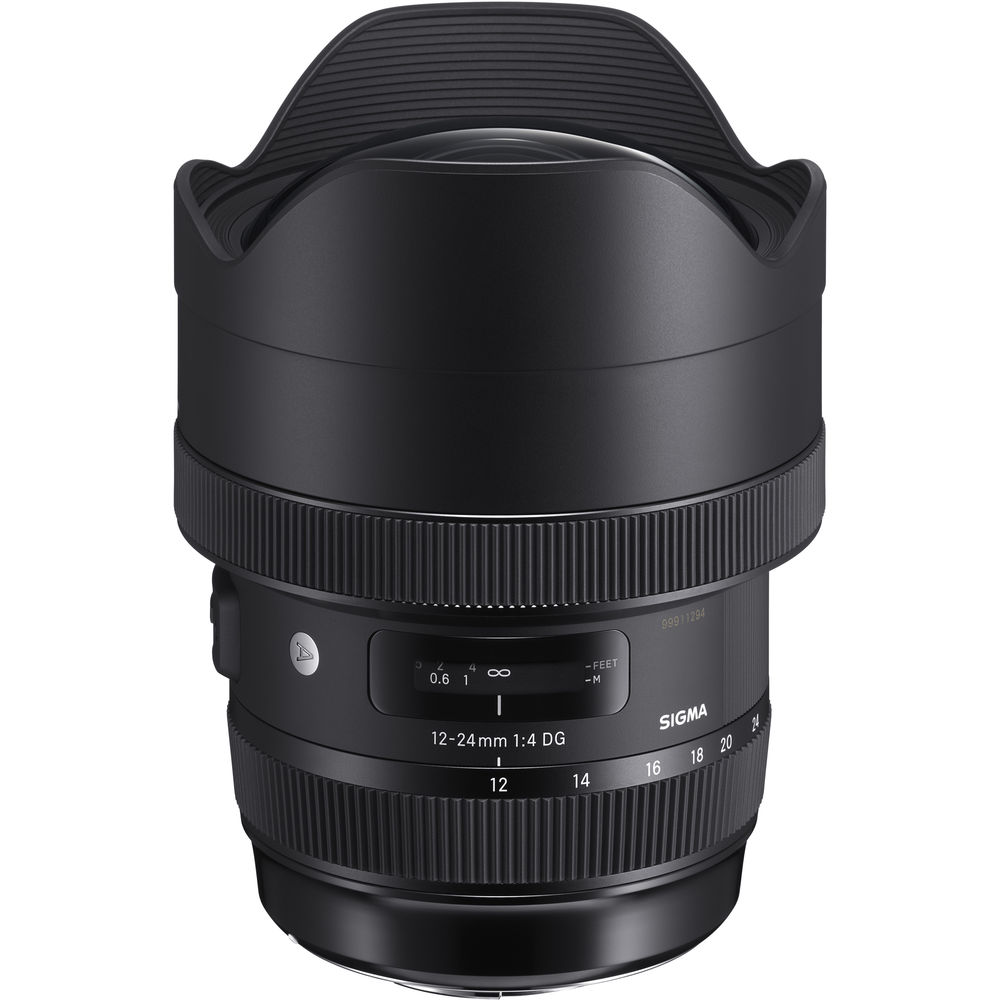 I shot a wedding last month using the 12-24mm for just about every timelapse as well as a few of the late-night dancing shots. It performed extremely well, and I was more than satisfied with the result. Hell, I was elated.

The focal range on this lens allowed me to have options in crowded, small areas where elbow room was at a premium (the chapel was very cramped). The lens allowed me to make the space feel large and expansive, and in the end the client loved what I was able to produce for them (as a side note, beside the sparkler exit and the drones, every shot in the video above was shot with a Sigma lens).

This is where I want to bring up autofocus, which I used heavily on the dance room floor because I wanted to hold the camera high above my head and get a wide view of the crowd. I set the camera to autofocus, and never looked back for the rest of the night. The lens worked incredibly well with the 1DX Mark II, and there was no hunting or lack of subject focus despite low light conditions. Shooting stills (outside of the wedding environment) also gave me no pause, as the AF was extremely reliable. No complaints here.

If a lens not only works, but works fabulously in a very stressful and can’t-miss-it situation, does that not make it a successful product? I happily used the 12-24mm several times during that 10 hour wedding day, and it never once let me down. I can’t say a Sigma lens ever has, come to think of it (and I’ve come very close to straight up destroying a couple on more than one occasion).

Do I wish it was f/2.8 instead of f/4? Do I wish it had perfect edge-to-edge sharpness at 12mm? Do I wish it weighed less and took up less space in my bag? Yes to all of these things, of course, but I also am a realist. I understand the limits of what can be achieved, and I know that for the price Sigma is asking for this lens, it’s an absolute winner in my book. It’s basically four excellent lenses (12, 18, 20 and 24mm) all in one for $1600. It’s not cheap by any stretch of the imagination, but based on what options there are in the market, I’ll say yes to that any day of the week.