The DJI Inspire 2 has been long-awaited by high-end aerial photographers for some time now, and it comes bearing all the features they have been craving, the biggest being a second camera for more reliable dual pilot control. The main camera captures footage in the familiar gimbal under the chassis, and now a second two-axis camera on the front allows the pilot to always see where the drone is going, allowing either a second pilot to then capture footage in any direction. This was the most requested feature on the Inspire, and now it’s here.

Additionally the Inspire 2 has an improved magnesium-aluminum body that increases its durability and stiffness while also reducing weight. It’s max speed has been bumped up from 50 MPH to 67 MPH and the battery life has been boosted to 25 minutes, a dramatic increase over the 18 before. The Inspire 2 can also be controlled from up to 7 KM away. 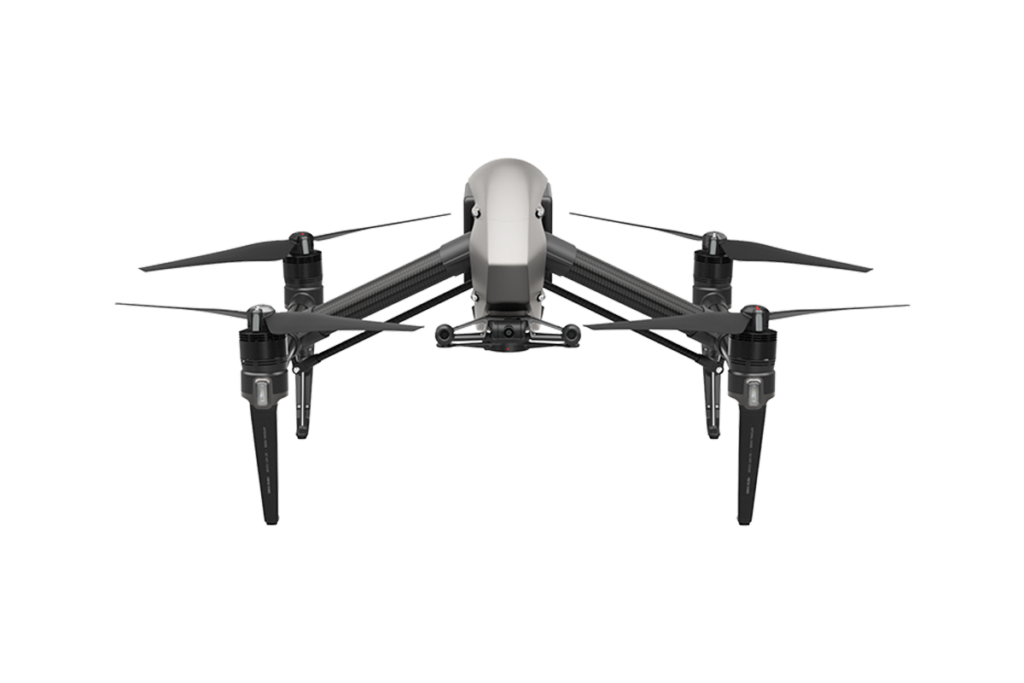 Here’s another neat spec: it has a service ceiling of 16,400 feet above sea level, and a self-heating dual-battery system helps keep it going in cold climates (which is also going to be great for those who love flying in frigid temperatures).

Solo pilots will be able to use autonomous navigation and take advantage of the same sensors that make the Phantom 4 and the Mavic awesome: the Inspire will now obstacle avoid.

DJI has a completely new processing system in the Inspire that can capture 5.2K video at a ridiculous 4.2Gbps bitrate. It can also capture full 4K video at 60 frames pre second. Naturally, to handle that kind of data the Inspire has an onboard SSD, since microSD isn’t going to cut it. 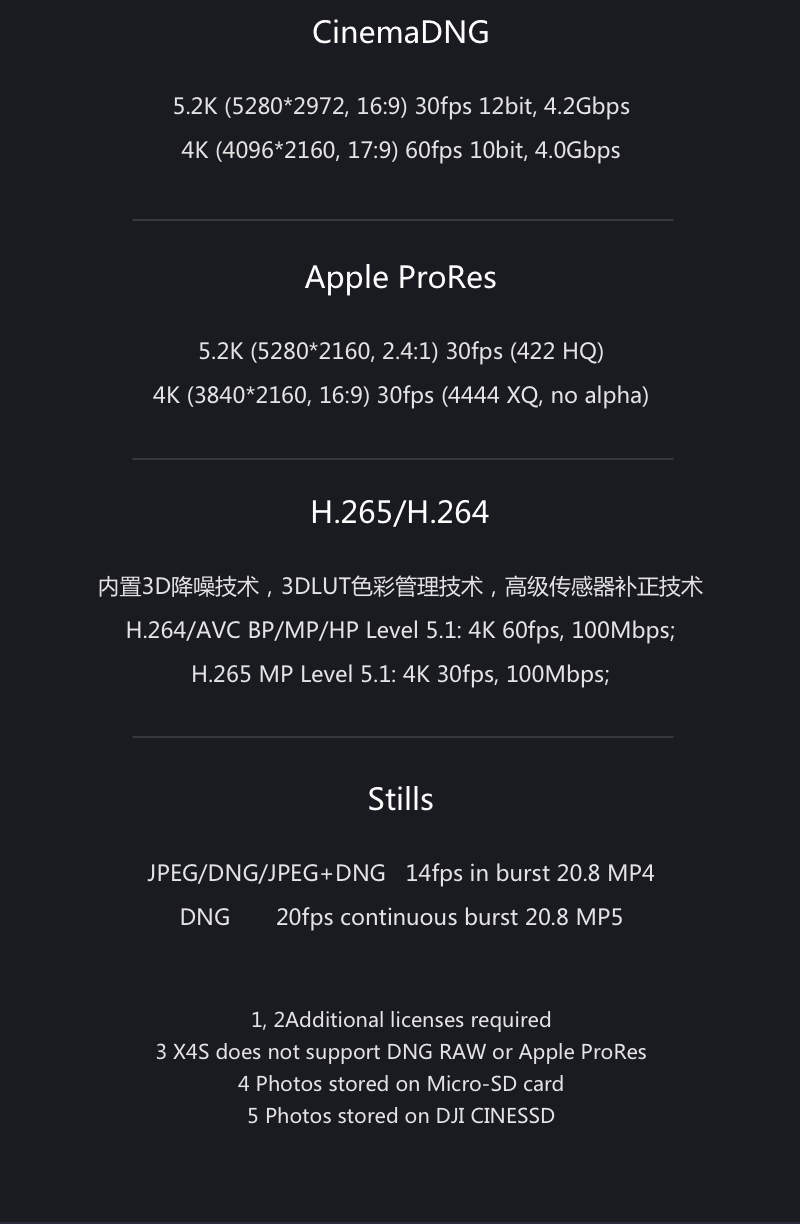 It comes packed with the new Zenmuse X4s or X5s camera, the latter which supports 10 different lenses and can shoot in DNG Raw 20 megapixel stills. This is the most legit flying camera system yet. 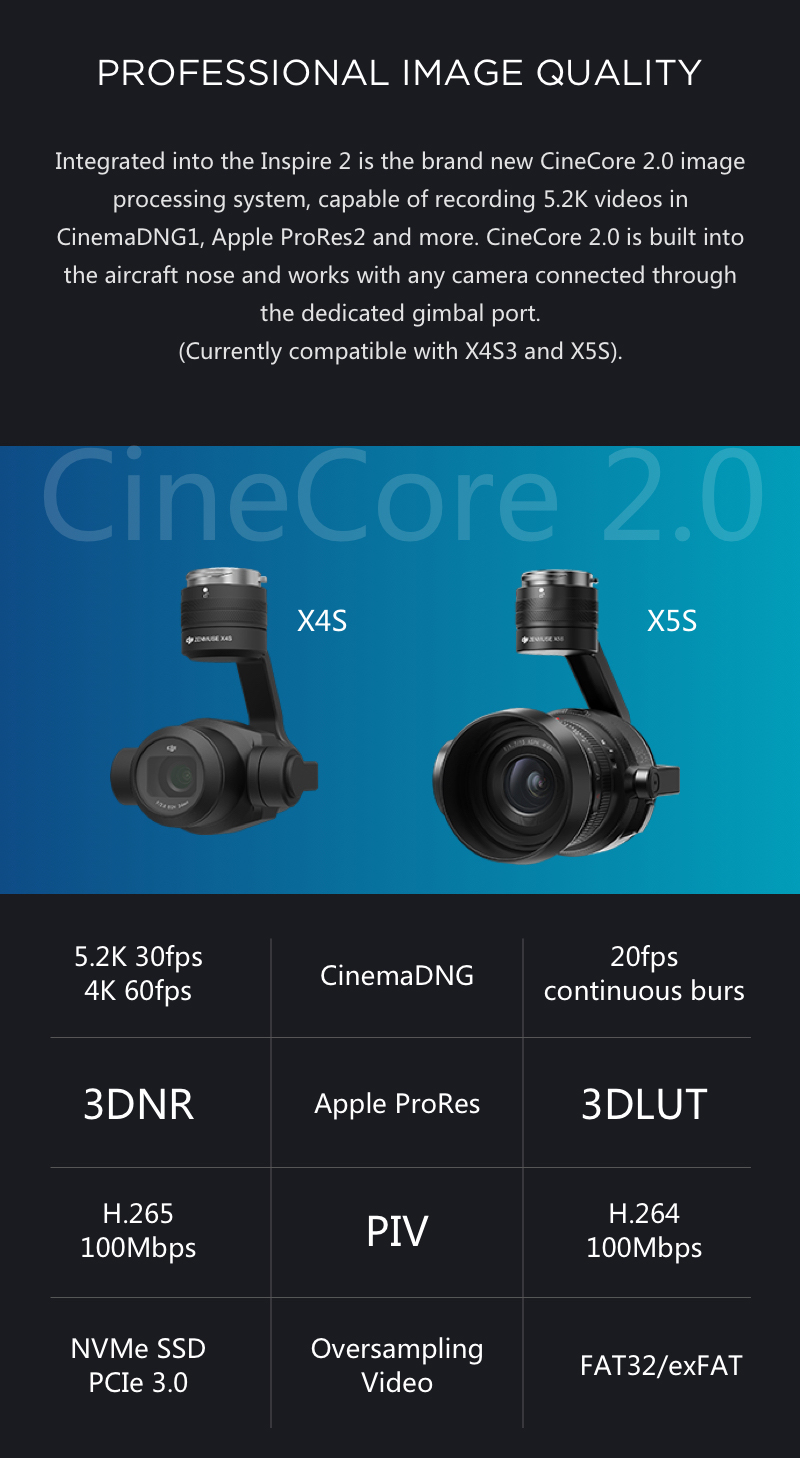 The DJI Inspire 2 starts at $3000, but for aerial filmmakers and photographers… that’s not bad for something that packs the juice that this drone does.

You can pre-order your DJI Inspire 2 from B&H and pay no taxes if you’re shipping outside NY, which is nice.