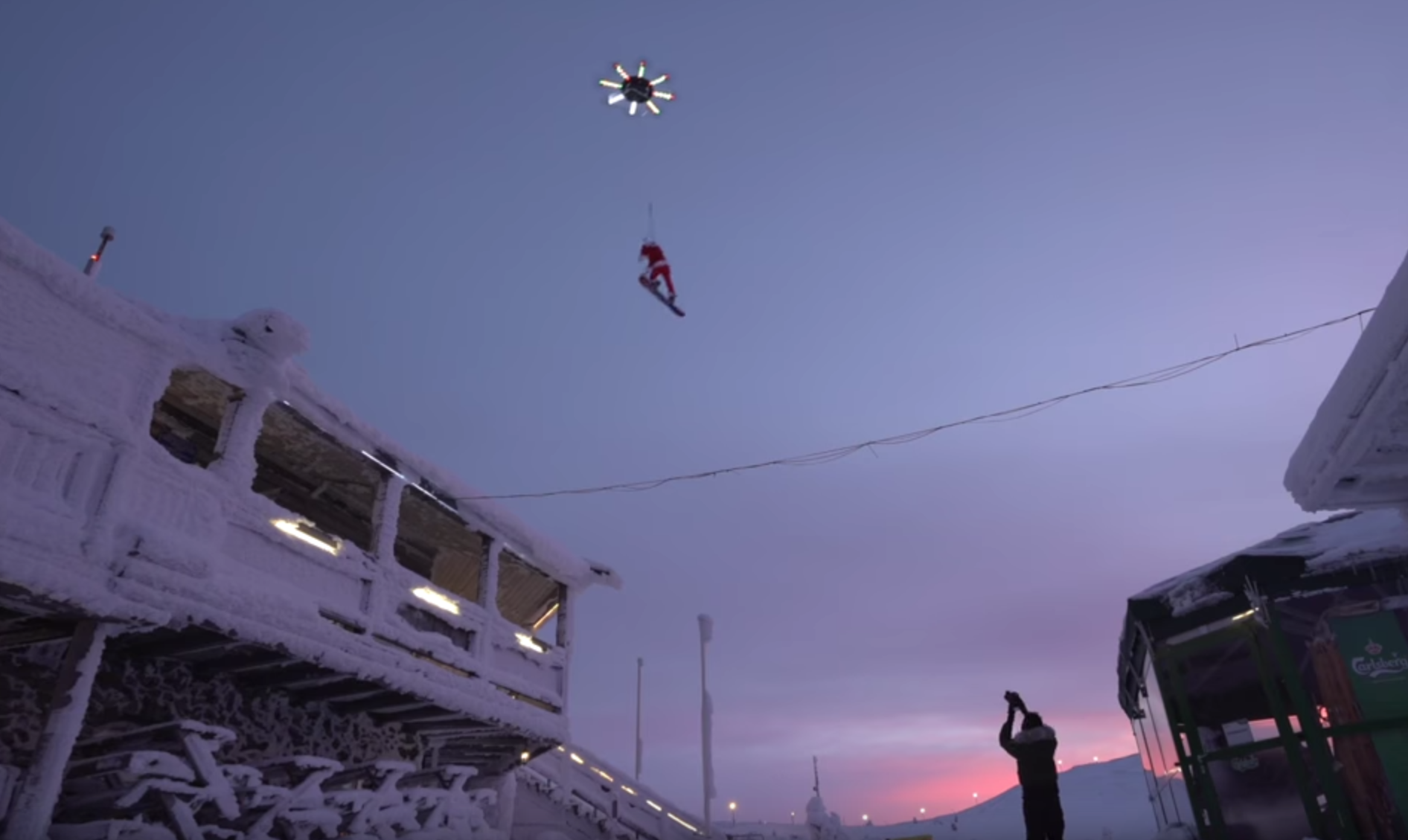 Casey Neistat has done a lot of crazy shit over the years. He’s jumped into sink holes in the Middle East, flew in an attack helicopter over Afghanistan, and stood at the edge of the Devil’s Pool, an infinity pool next to a 300 foot cliff in Africa, with his teenage son. Not to mention the time he “almost died” while climbing Aconcagua, the tallest mountain in the southern hemisphere, with no preparation, training, porters or guides. But now he’s at it again. After much anticipation for his 2016 holiday video, he’s done something no one has ever done before, but this time, it involves much more than nature; it involves technology.

Earlier today, he posted a video called, “Human Flying Drone,” an appropriate title for the filmmaker’s latest stunt: snowboarding with a massive drone powerful enough to lift a human into the air. The video, sponsored by Samsung, opens with a clip filmed by vlogger Jesse Wellens—who claimed internet fame through the viral BFvsGF and PrankvsPrank channels—showing Casey being carried over the roof of a ski hut by this custom-built machine, which is, of course, fully decked out in Christmas lights. 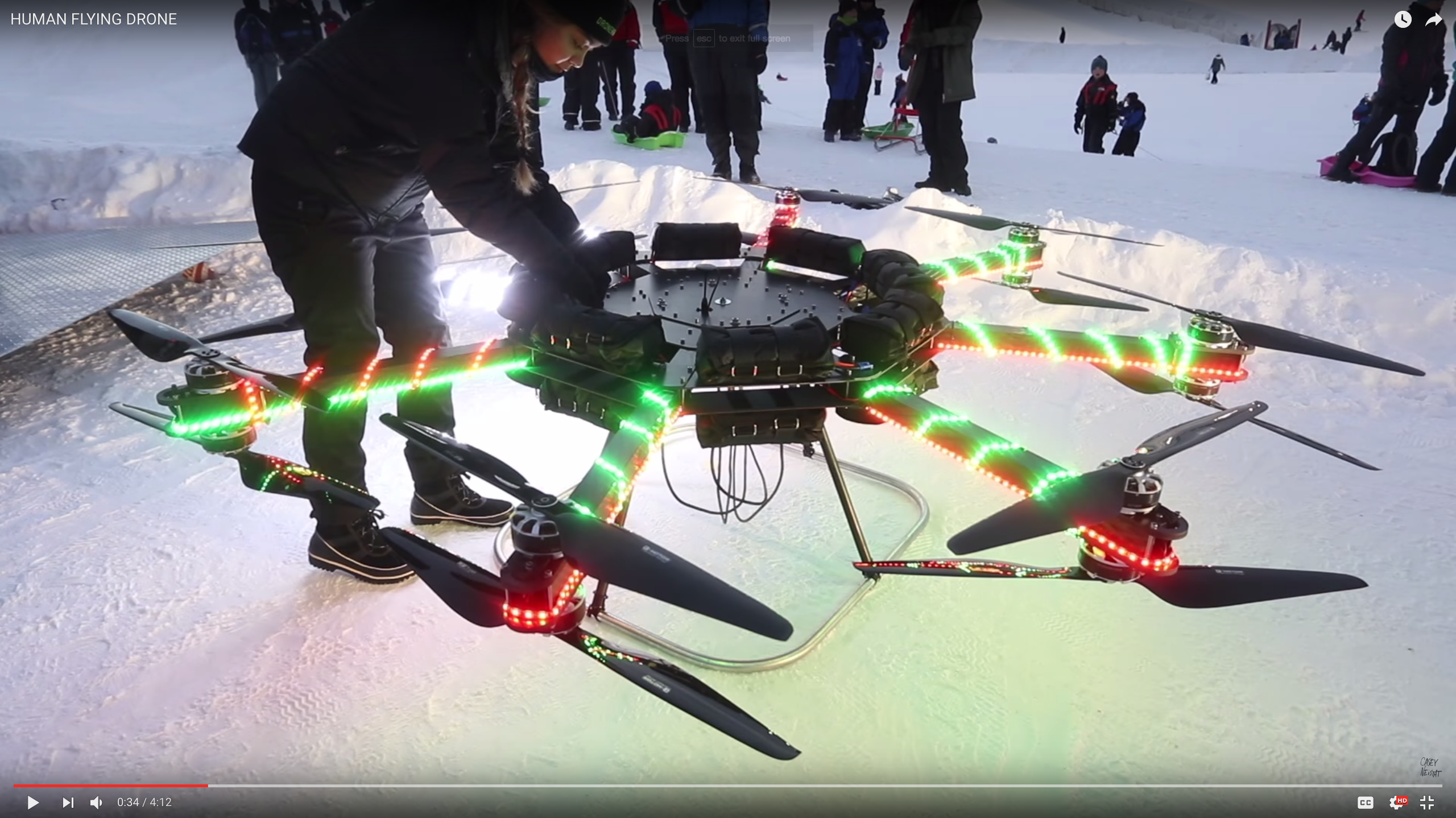 Throughout the video, we see Casey being pulled by the drone as he snowboards across an unnamed ski resort, hitting jumps to the beat Ol’ Dirty Bastard’s ‘Shimmy Shimmy Ya.’ “It’s a drone, it’s really a drone!” he says into the camera. The video culminates to one final, absurdly huge jump that carries Casey an estimated 100 feet into the air, followed by an epic pink cloud emitted from a pair of smoke bombs fastened to his feet.

In the description of the video, there’s a link to BTS footage shot by Jesse and posted on PrankvsPrank. Let’s look a little closer at how exactly this was done.

First, the BTS video reveals this was shot in Finland over the course of four days, while the drone took over a year to build. It’s also noted that the camera Casey is holding throughout the video—and the one mounted on the drone—is the Samsung Galaxy Gear 360, a 4K action camera designed to “democratize VR content.” Second, it’s revealed that Casey’s entire body is fastened to the drone, so he won’t fall from the air if he loses his grip on the handle. But what if he catches an edge before leaving the ground? Well, at least he’s had some practice. 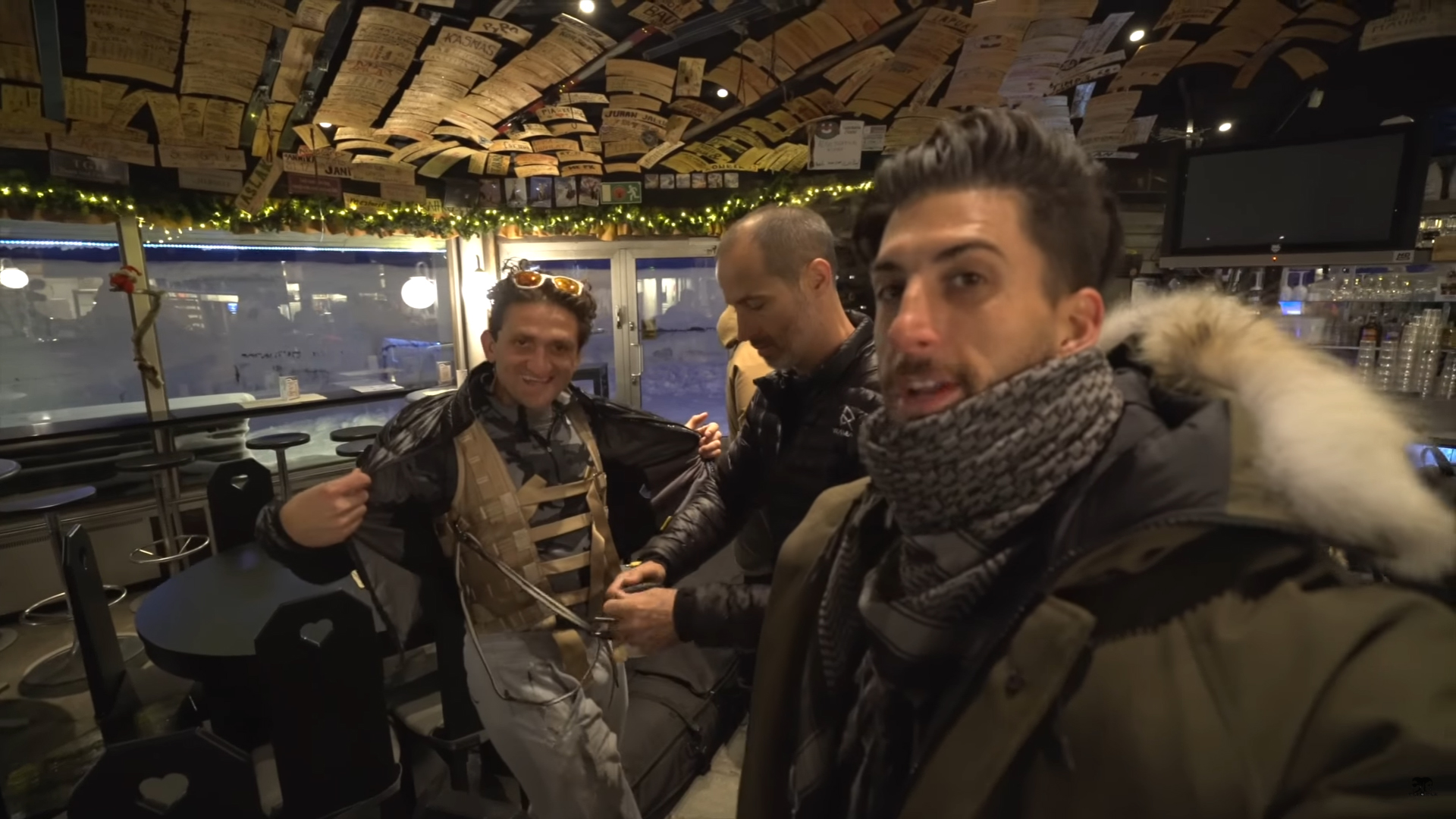 There’s no denying that this holiday video delivered every bit of ambition and excitement that was promised. However, in some ways, it’s a bit out of character for the Youtube star. Often in the past, and specifically when he began his daily vlog, Casey talked a lot about ceasing his work with brands on sponsorships and advertising. This video, though, is blatantly sponsored by Samsung, ending with a thank you note that reads: “Thank you Samsung for keeping us on the front line of technology and innovation.” This comes almost exactly one month from announcing the end of his daily vlog in light of a media partnership with CNN. It surely raises some questions. 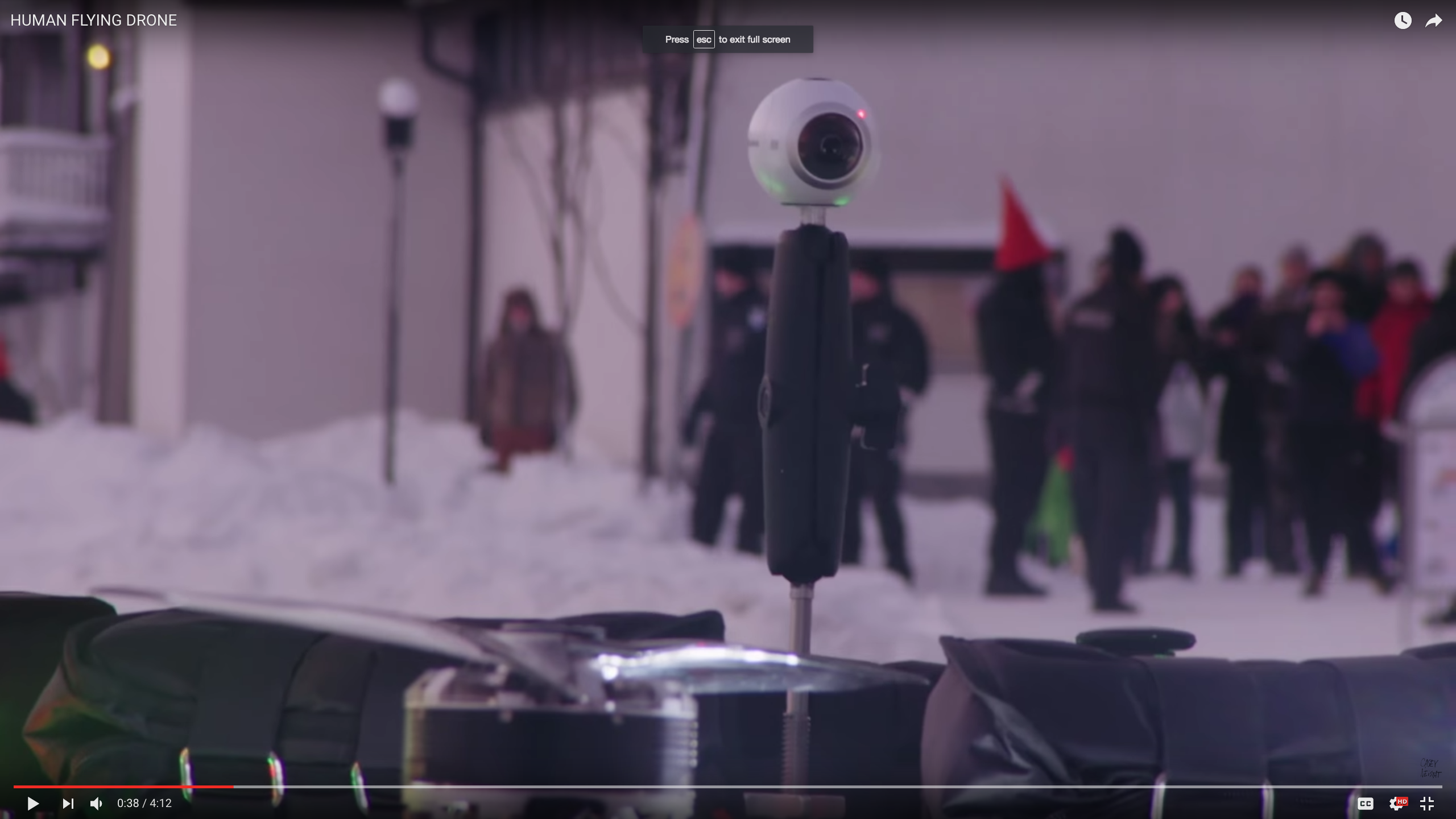 As we move into 2017, the strategy behind internet videos and social media has never been in a more peculiar place. Jerome Jarre is redirecting millions of dollars from marketing budgets to humanitarian causes. JerryMedia, founded by the likes of FuckJerry and KrispyShorts, is the first-ever agency offering influencer marketing directly from influencers themselves. And then we have Casey, who’s launching a full-scale media company funded by CNN as he’s carried into the sky by a giant drone dressed in santa suit for Samsung.

But if one thing’s for certain, it’s that 2017 will be an interesting time for content creators and influencers. The internet is a vast place, with still so much room for something great to happen, branded or not.