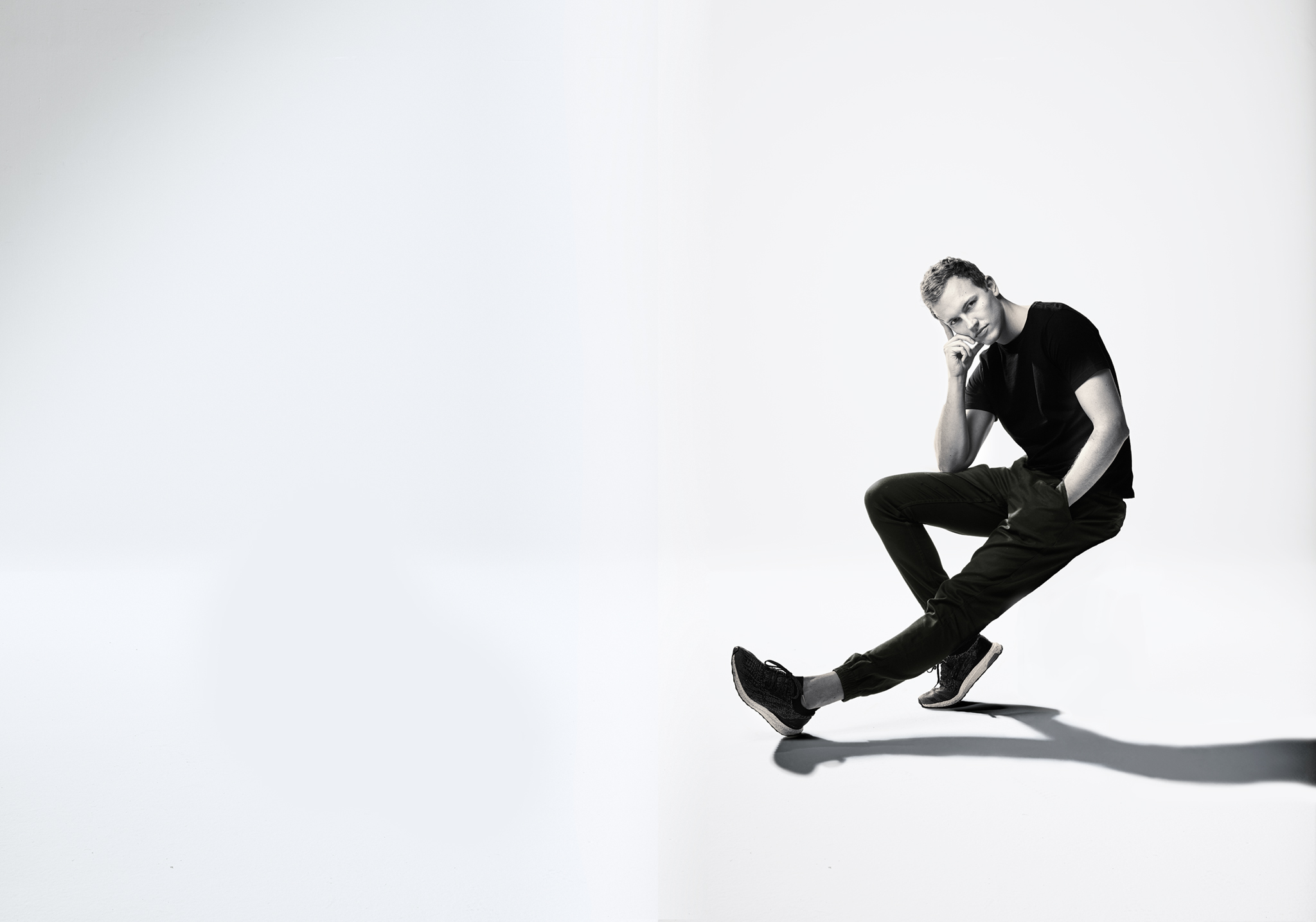 Jerome Jarre believes that if your online life is better than your real life, then you need to get off the internet. It was a lesson he learned as a teenager who struggled socially, despite his status as one of the top users on the viral, early-2000s French blogging site, Skyblog. Yet you would never suspect this if you follow him today. He’s courageous, outgoing, and inspiring, but most of all, he’s on a mission to change the world—and not just the digital one.

Jerome got his start on social media with Vine comedy, after he dropped out of college at 19 and traveled to China where he met his mentor, Chris Carmichael. It was he who educated Jerome on the foundations of entrepreneurship, and the duo went on to work together on two startup businesses: one that manufactured lanyards for trade show badges, and an app that connected trade show attendees, in order to tap into the full potential of networking. But this was only the beginning of Jerome’s quest to improve life with technology. In the past year, he’s launched NGO missions that bring sustainable, solar-powered light to impoverished communities, sent a Love Army into the streets after the July 2016 terrorist attacks in France, and brought 100 children from one of Brazil’s oldest favelas to the Olympics. And the best part? With the help of his audience, he’s funded this by reaching deep into the pockets of large-scale corporations. 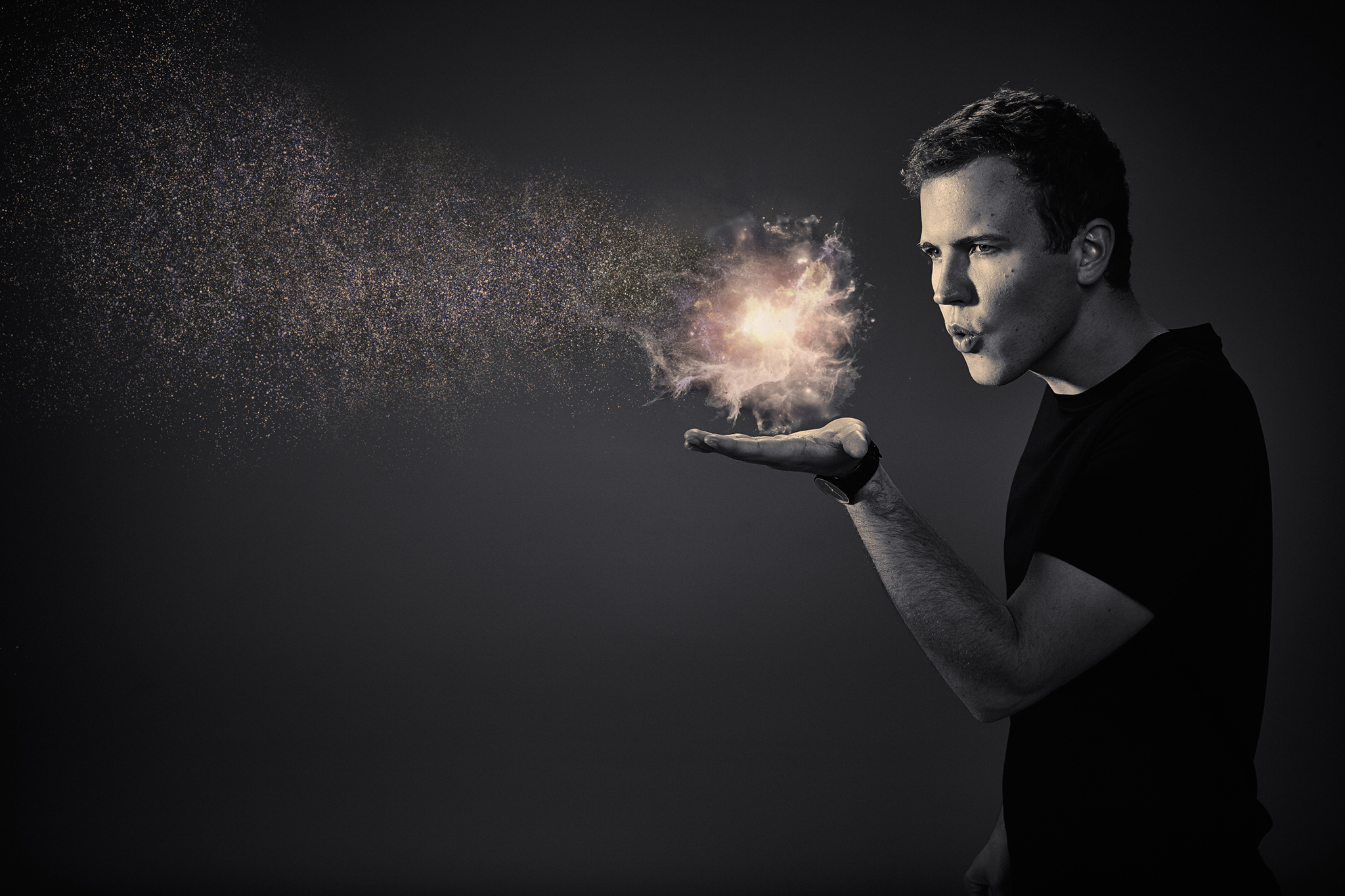 But before you can fully understand his mission, it’s important to understand the social media business model. For influencers, revenue is generated by working with brands that offer advertising dollars to promote their products. Companies often suggest that these campaigns are executed subtly, so the audience doesn’t catch on that it’s advertisement. This poses a moral challenge, as many influencers have built their followings off honesty and transparency. But everyone needs to make a living, right? Well, Jerome is making unprecedented strides to change that, and it all started when he turned down a million dollar contract with a candy company. 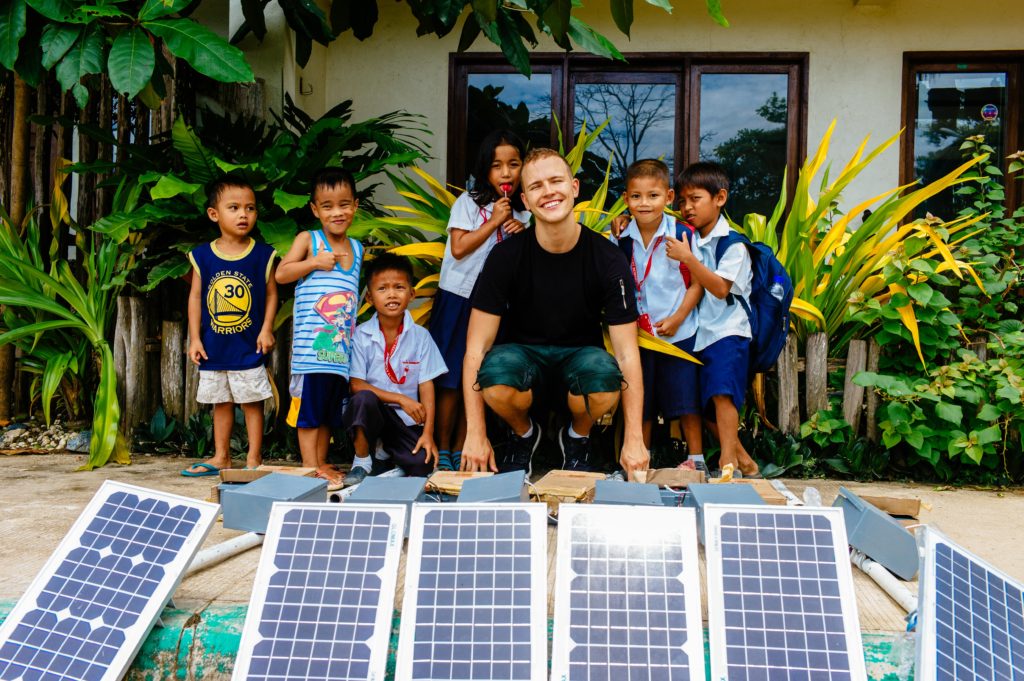 Today, Jerome is a humanitarian and visionary using the power of his audience to, perhaps literally, bring light to the darkest corners of the world. He’s disrupting the influencer model, and driving corporations to spend advertising budgets on causes that directly help those in need. After all, Jerome will never let his online life outweigh reality, and with over 16 million followers, that’s no easy standard to top.

We spent a couple days with Jerome in New York City to learn more about his vision for the future and his plans to use social media to better humanity. 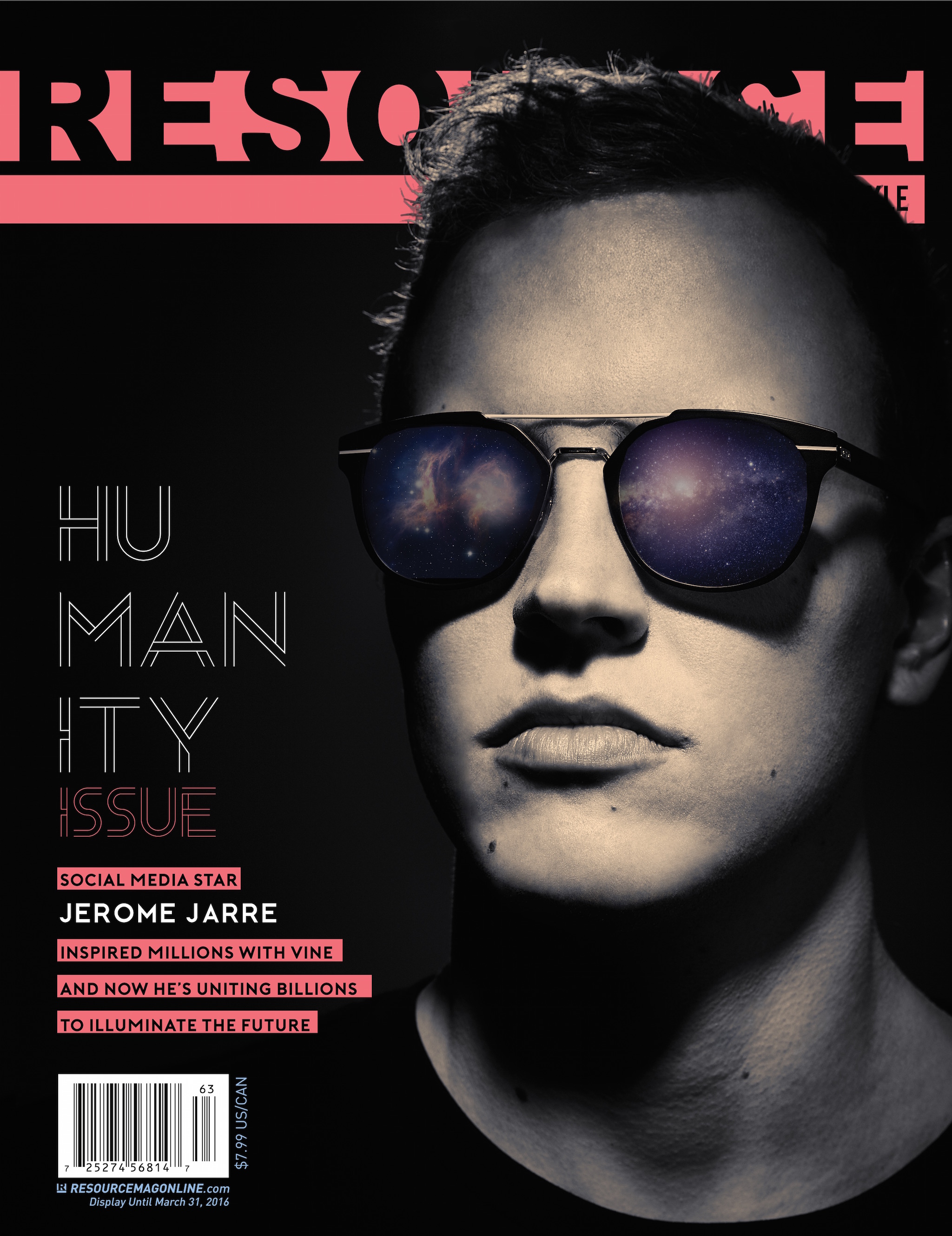 What’s up Jerome? I thought we’d walk toward Washington Square Park and discuss your plans to change the world. But before we get into that, I’m wondering what you believe is most wrong with the world today? What are the biggest challenges we face as humans?

Discrimination, disempowerment, and brainwashing the youth of the world. That’s the what I see most wrong with the world right now, and changing that would change every other problem we have a species. As a kid, I remember feeling like I didn’t have the opportunity to change the world, because society is designed to make kids feel this way. Kids are put in this category of less than an adult—less smart and less experienced. It feels like just because you’re a kid, you’re not supposed to participate in making the world a better place. I promised myself that I’d remember that feeling because I didn’t want to do it to my own kids one day. I don’t have kids yet, but I translate this to the people who follow me, who could be my kids or brothers and sisters. To me, the youth is where the solutions and answers are—they’re the purest humans on earth and have been the least affected by negativity in the media, fear, propaganda, and disappointments in life. That’s what makes them so special. I believe the one thing that could immediately change the world is if the youth was in control. 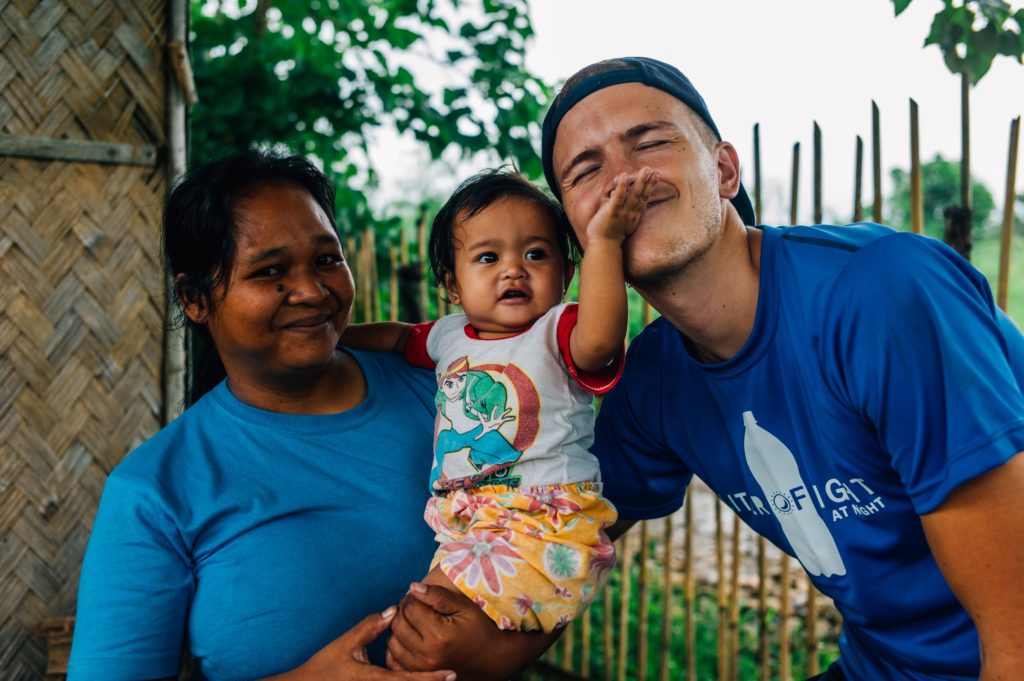 What do you mean by control, exactly? Is this coming from a political, social, or economic standpoint?

All of it. Look around you, out of everyone in power—the CEOs of Fortune 500 companies, the religious leaders, the politicians—none of them are a part of my generation or younger. And you can be sure that things would be totally different if the youth were the decision makers. No one from the younger generation would send young kids to kill other young kids on the other side of the world. No one from the younger generation would preach waging wars or point fingers at people for being muslim or black or gay or this or that. The problem is that the youth has been unempowered. We’ve been told to sit down, and so we did. But the world can’t afford for the youth to sit down anymore. We, young people, need to be courageous, step up, and take mankind to a better direction. We can have a vision for a better world. And no, we can’t trust the leaders who have taken the world to where it is now to heal it and make it better. Because they won’t. Their hearts are lost. Our best hope is in the purest of hearts. The only hope is the youth. 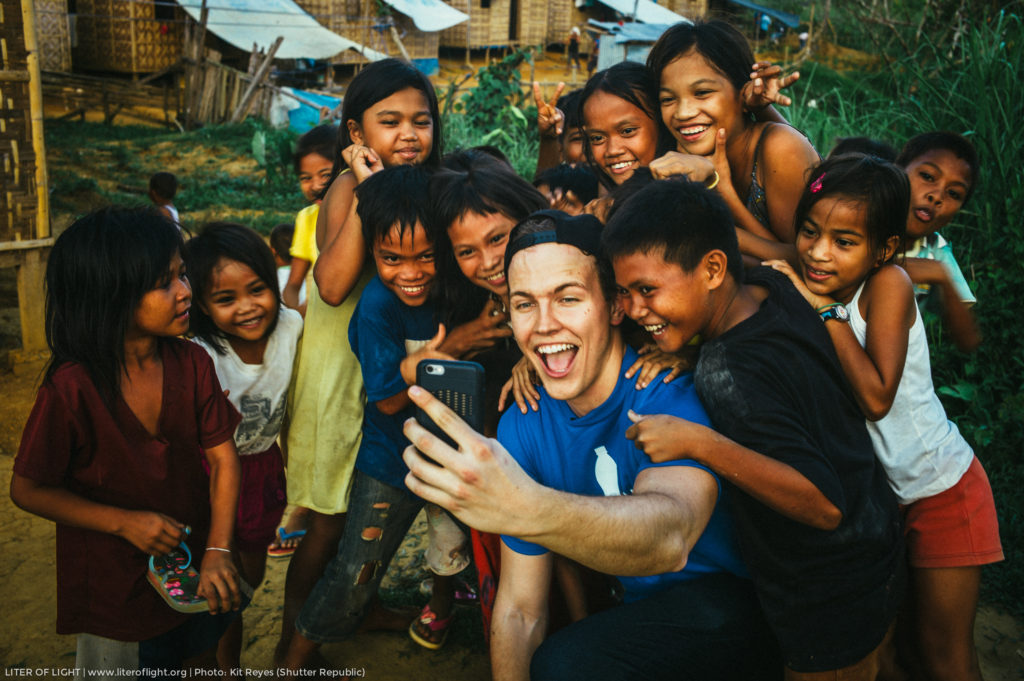 However, nobody is going to empower us, so we have to empower ourselves. We’ve been told since day one that we are smaller, weaker, and less experienced than the older ones, and for this reason we have to listen and follow the rules. Obviously, those rules of hierarchy by age aren’t working very well. But the good news is that a shift is slowly happening. There are more and more people dropping out of the traditional education system—the biggest formatting and brainwashing of your life. More kids are becoming entrepreneurs at 18, 19, or 20 years old. There are more and more people from our generation deciding that they’re not going to follow the format of getting a diploma and then getting a job they hate, where they basically waste their lives realizing someone else’s dream. This shift is great, but it’s not happening fast enough. We can think bigger. Like, why can’t the next U.S. president be someone from our generation? Why is it impossible? Because of lack of experience? Well, if your experience comes from keeping the status quo or being a horrible person, how can it be beneficial to mankind? What we need is true change and to start thinking not at country level, but at mankind level. That change can only come from a new mindset: the youth mindset. So yes, to answer your question, the youth is the solution. I believe almost everything wrong in the world could be fixed if the youth could stand up and stop listening. 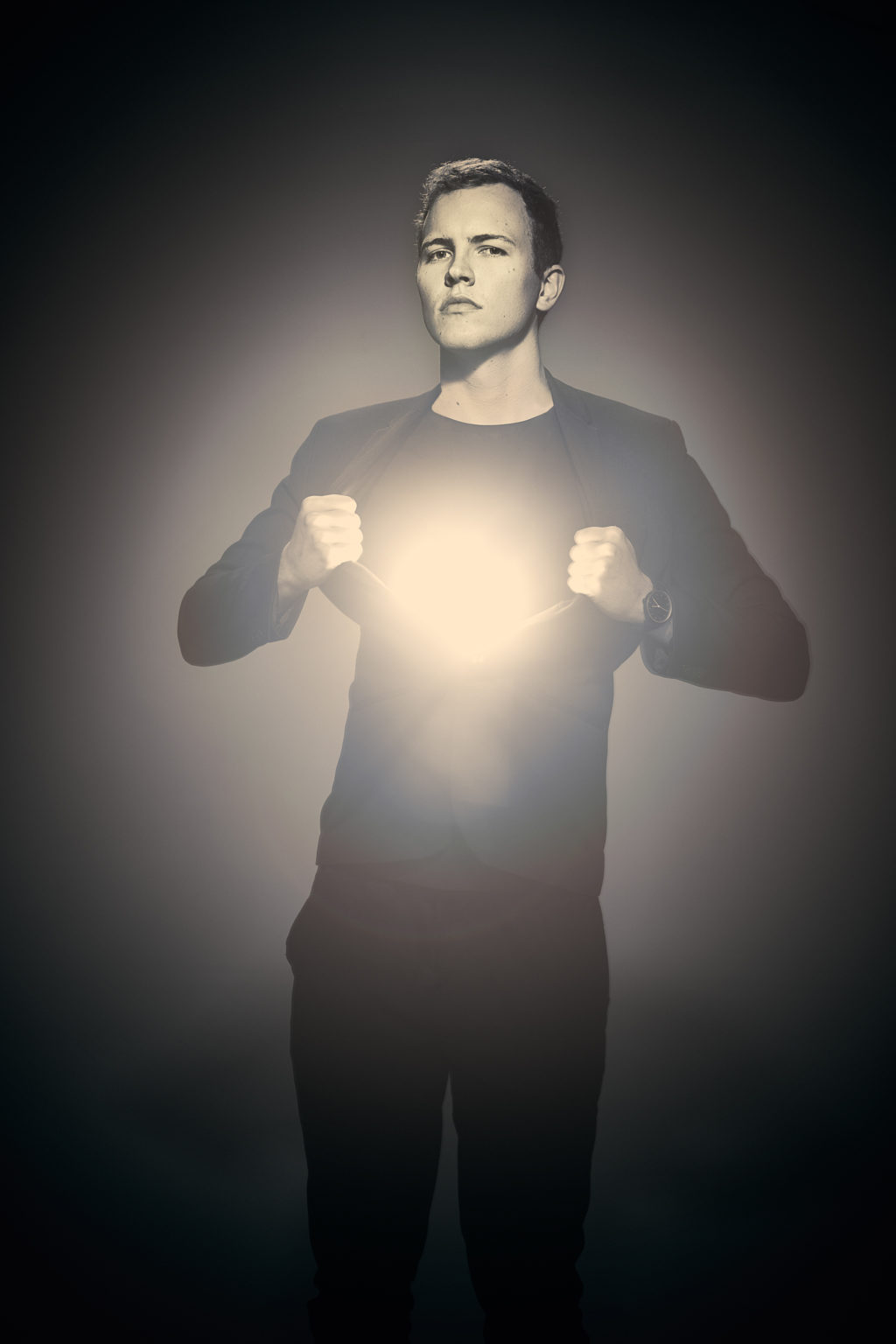 Totally. Now let’s switch gears a bit. So you founded a successful advertising company with Gary Vaynerchuk, became one of the most followed people on social media, then turned down a million dollar contract from a candy company. How does this tie into you work today?

Initially, I was excited by the [million dollar contract]. I would’ve been able to buy an apartment for my mom and things like that, but there was the ethical issue of promoting unhealthy candy to my young audience. Around that time, I became friends with a really dope French artist named JR, who told me, “You have two options in front of you: either you make a lot of money with that contract or you can try changing the world. You can’t do both.” His point were valid, so I decided that turning down this million dollar contract was the right thing to do, and that same day I quit my job at my own advertising company. I remember him saying, “If you take that contract, the next time you create something from your heart or stand up for something you believe in, people will wonder, ‘oh, which candy company is he doing this for this time?’ They will be missing the point and your voice will have no impact.”

For a month or so, everyone around me was telling me how I made the biggest mistake of my life. Even people in my own family. I come from a humble, hard working family and it was almost unjustifiable to them to turn down that much money. And to be honest, I’ve had times where I started wondering if I had made the wrong decision. But it’s funny how the universe works. Two months later, as I was wondering what’s next and how I was gonna make a living, I received an offer from Pepsi for the exact same contract. At first, I thought I couldn’t do it for the same ethical reasons. But I realized if I turned it down that money would just go to someone else to promote the product. So I tried something different this time. I went to them and said that instead of spending the million dollars on me, we should be spending it on doing something good for the world. Something meaningful. Then and only then would I respect them and be proud to be doing this together. I was basically testing them to see if they were worth working with, and if they were brave enough to make a move like this. It turned out they were, and it became this: we were gonna install hundreds of thousands of solar lights with recycled plastic bottles with the NGO Liter of Light. My proposal was almost a provocation, and suddenly, Pepsi had won my respect. I personally don’t drink Pepsi, and told them right away that I was not comfortable telling other people to drink something that I don’t drink. But I gave them a chance to do something good and they did. They supported a light mission that betters people’s lives while I’m making a living doing something meaningful. Not only did Pepsi give $1 million to Liter of Light, but I was also paid to document it. I was able to use this money to live, but also to finance more missions that I care about. That’s the dream. I don’t want to have to choose between generating money and doing good. I believe we can do both. 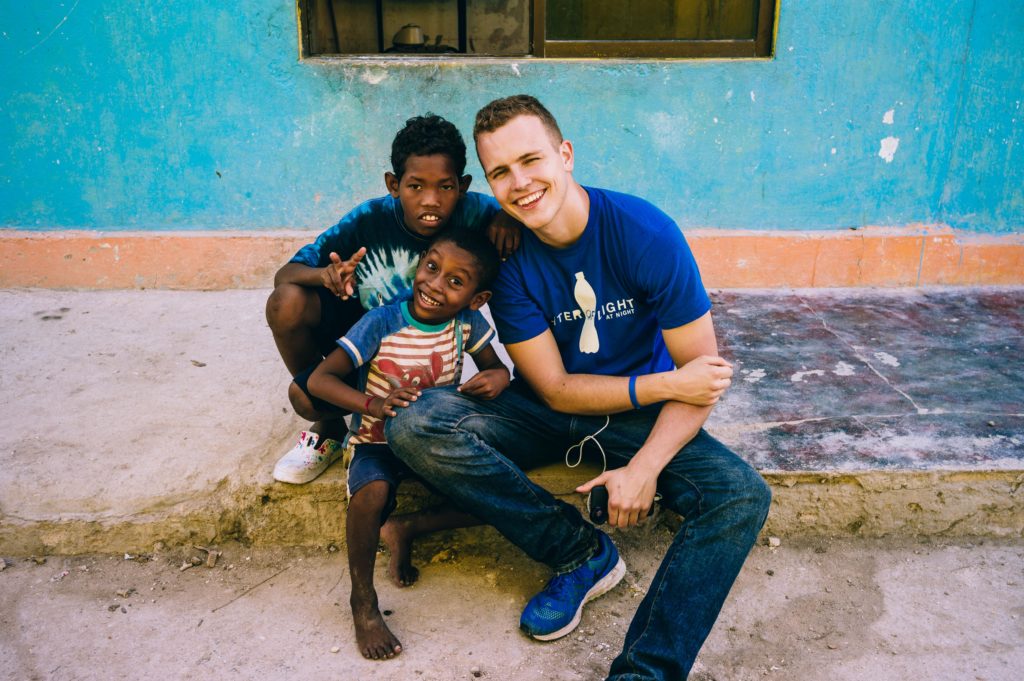 For the full story, subscribe to Resource Magazine or pick up a copy from your local Barnes and Noble, photo studio, or newsstand.