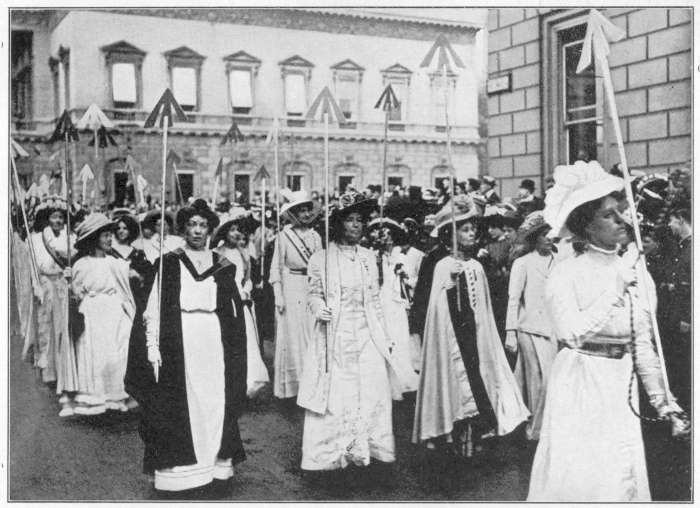 For decades, women have faced a tremendous struggle in the fight for equal rights. The Women’s Rights Movement lasted from 1848-1998 and during this time period, women achieved great strides. These accomplishments included Declaration of Sentiments in 1848 and holding the first Women’s Rights Convention the same year, gaining the right to vote in 1920, getting Title VII of the Civil Rights Act passed in 1964, which prohibited employment discrimination on the basis of sex, as well as race, religion, and national origin, and the triumphs continued. Strong, persistent, badass women like Elizabeth Cady Stanton, Susan B. Anthony, Ida B. Wells, Mary Church Teller, and many others were at the forefront of the movement and their legacy inspires women today to keep fighting in this persistent battle. Alice Paul, writer of the Equal Rights Amendment of 1923, described the women’s rights movement as so:

“I always feel the movement is sort of a mosaic. Each of us puts in one little stone, and then you get a great mosaic at the end.”

Now, flash forward to 2017 and women face a new obstacle: President-elect Donald Trump. Following the somber January 20 inauguration of President Trump, women from all over the world united on January 21 for the Women’s March on Washington to speak up against forces of hatred pushing against them, as well as other groups who face adversity, such as the LGBT community and people of color.

Trump’s stance on women’s rights is not very hopeful: he is pro-life, except in cases of rape, incest, and when the mother’s health is in danger. He’s called Planned Parenthood an “abortion factory,” rather than highlighting its benefits as a service to all women. He has publicly commented on issues of sexual abuse, where, in one instance, he tweeted in 2013 “26,000 unreported sexual assaults in the military-only 238 convictions. What did these geniuses expect when they put men & women together?” Oh, and of course let’s not forget the time he excused his pussy-grabbing comment for “locker room talk.”

So yes, women have a lot to be worried about right now, but this upcoming Women’s March continues to show how female voices can be heard when they organize against the oppressor. To honor these awesome ladies who fight everyday in this white, male dominated society, here is a look back at ten of the most influential photos depicting the Women’s Rights Movement, then to now. 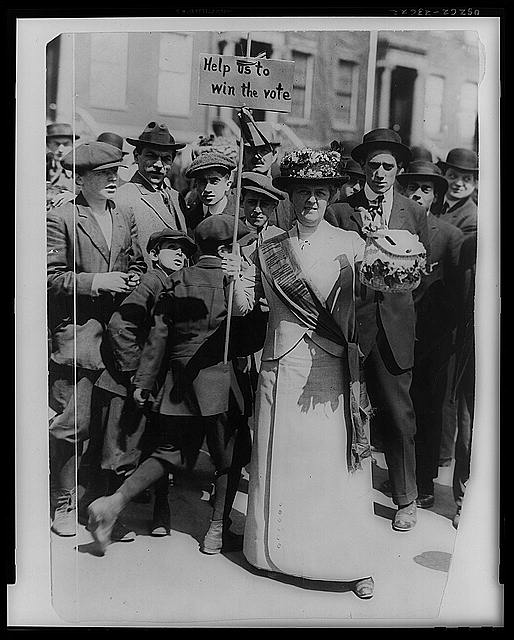 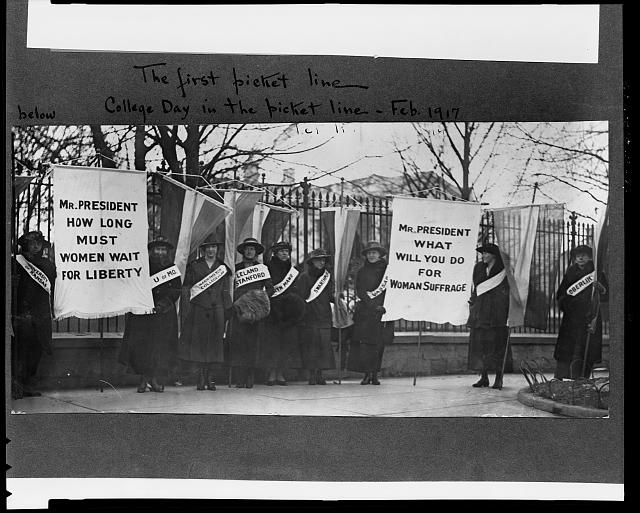 Women picket in front of the White House, Feb. 1917. Source: Library of Congress 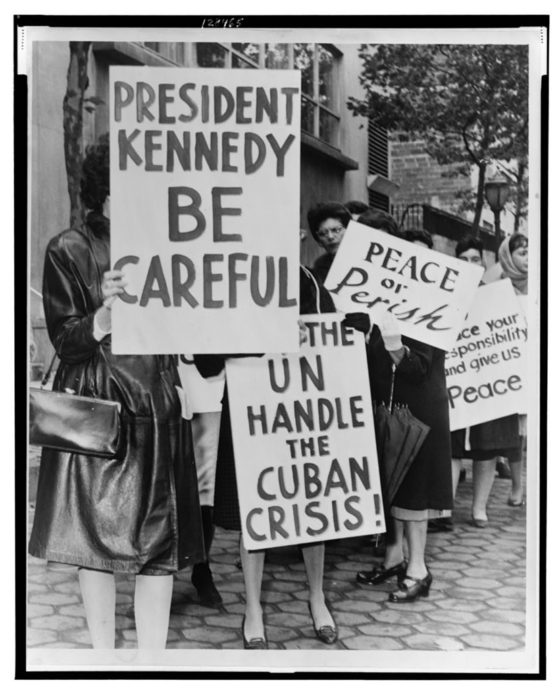 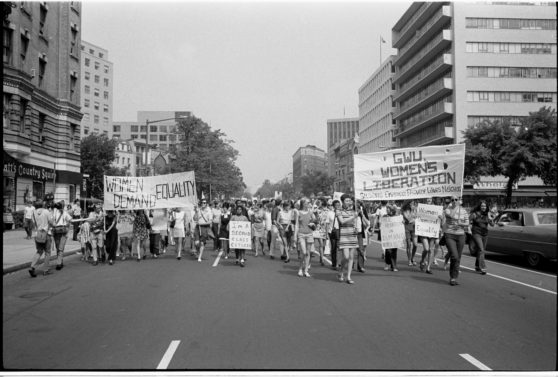 Women’s liberation march down a street in Washington D.C., 1970. Source: Library of Congress 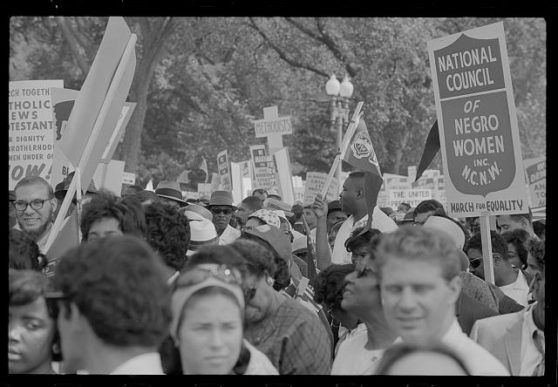 Marchers with “National Council of Negro Women” sign at the March on Washington, 1963. Source: Library of Congress 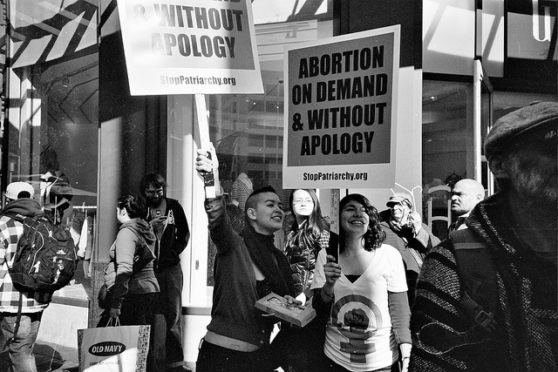 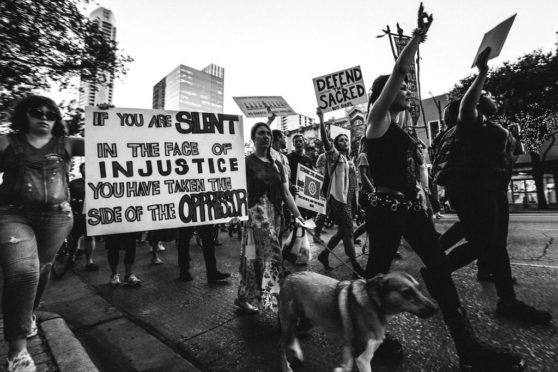 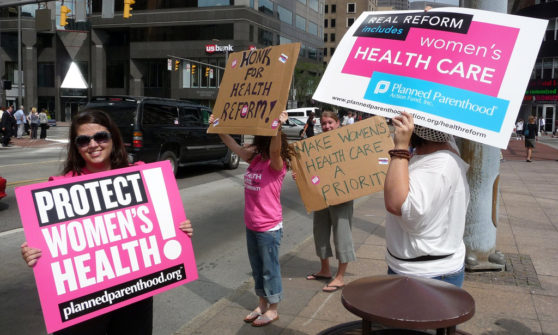 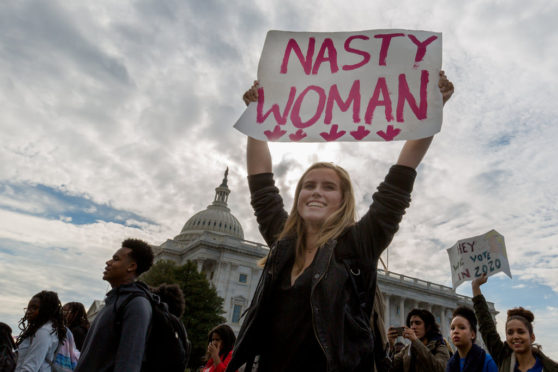