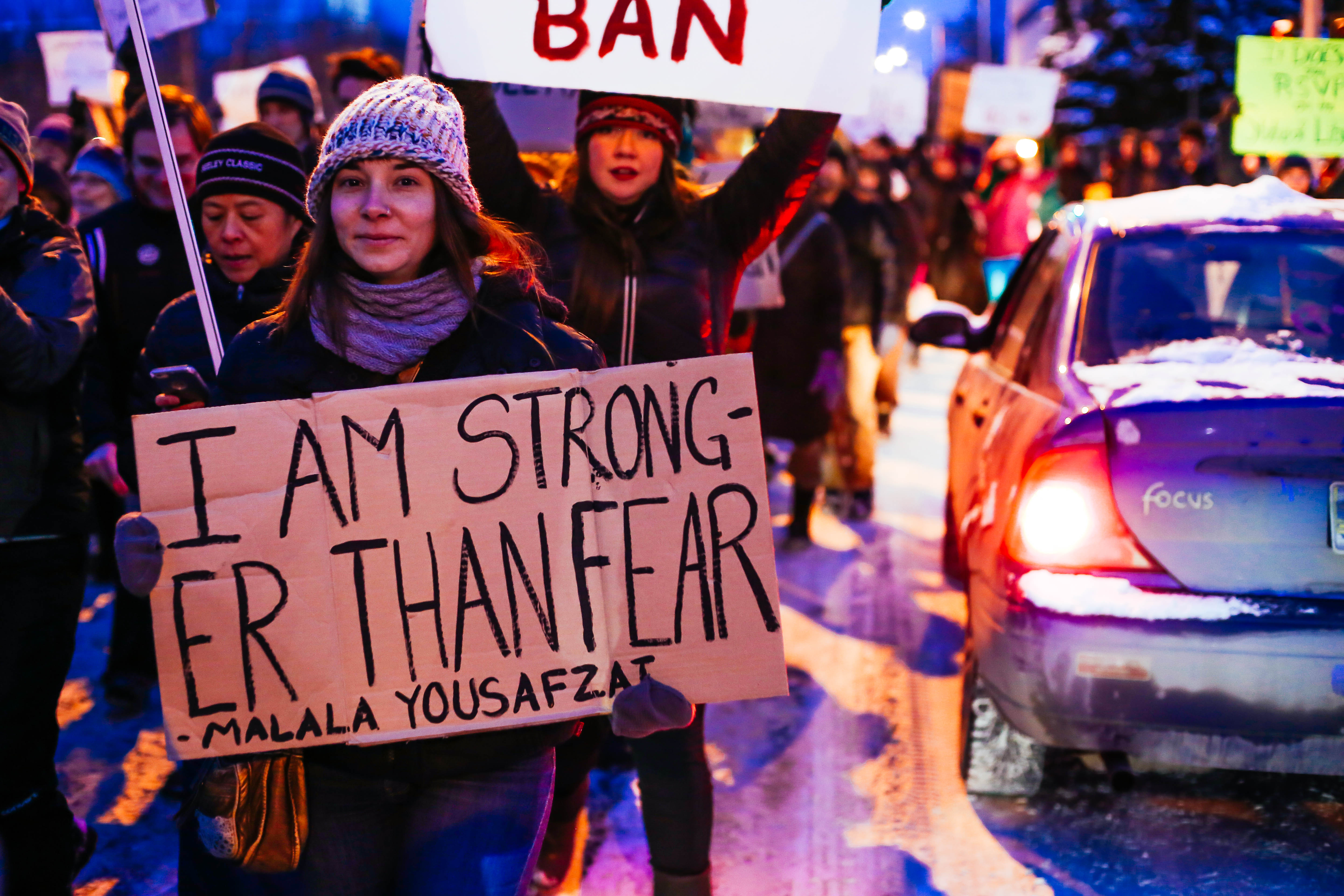 Following President Donald Trump’s executive order on a “travel ban,” protests against the decision ignited across the United States this past weekend. According to an article from The Telegraph, an executive order is a document allowing the president to tell other government agencies how to use their resources, and in this case, his “muslim ban” prohibits people from Libya, Sudan, Syria, Iraq, Iran, Yemen and Somalia from entering the US for a 90-day period. The US refugee system will also be suspended for 120 days. Trump said this “extreme vetting” strategy is a way of keeping radical Islamic terrorism out of the United States.

Not only does the ban affect those in those countries yearning to come to the United States, but the Syrian refugee program is temporarily ceased. The Telegraph article said 12,486 Syrians were accepted into the US in 2016, but now the number of refugees in general is expected to decrease in and go below the 110,000 cap to just 50,000 in 2017. Trump also has a preference of accepting Christian refugees over Muslim refugees. An article in The New York Times actually called Trump’s ban “illegal” because of the The Immigration and Nationality Act of 1965, which forbids any discrimination against immigrants based on their national origin.

Already there have been reports of legal US residents with green cards being turned away from US bound flights, and a majority of the nation is angered by Trump’s decision. This weekend, protestors took to the streets and major airports to share their frustrations with the ban, many pointing out the country should welcome immigrants, not turn them away. Here are some powerful photos of protests against the Muslim ban. 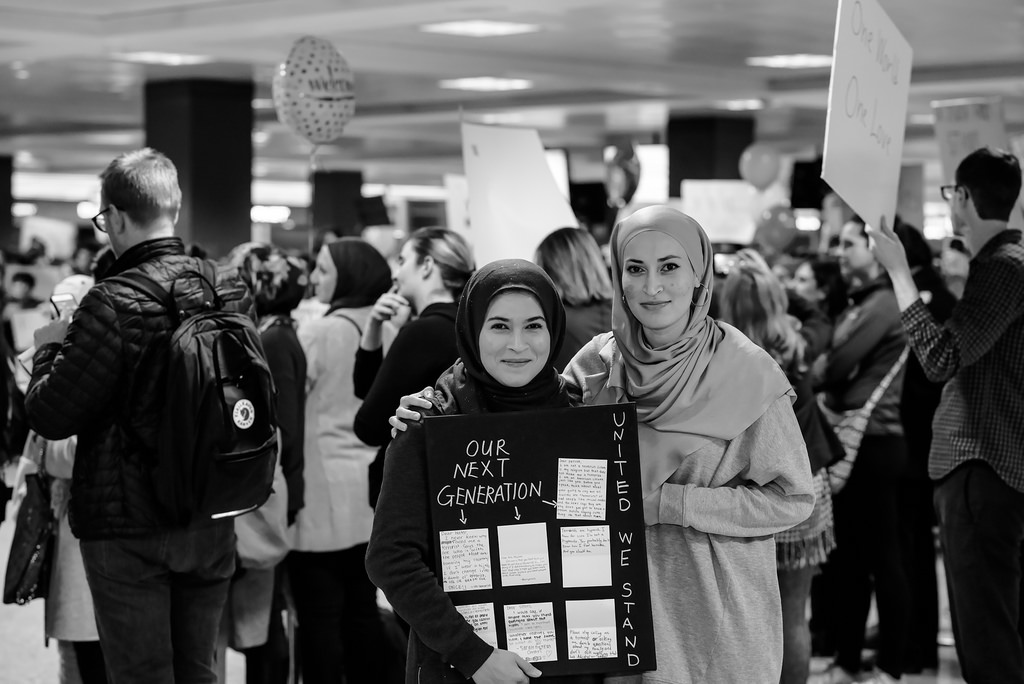 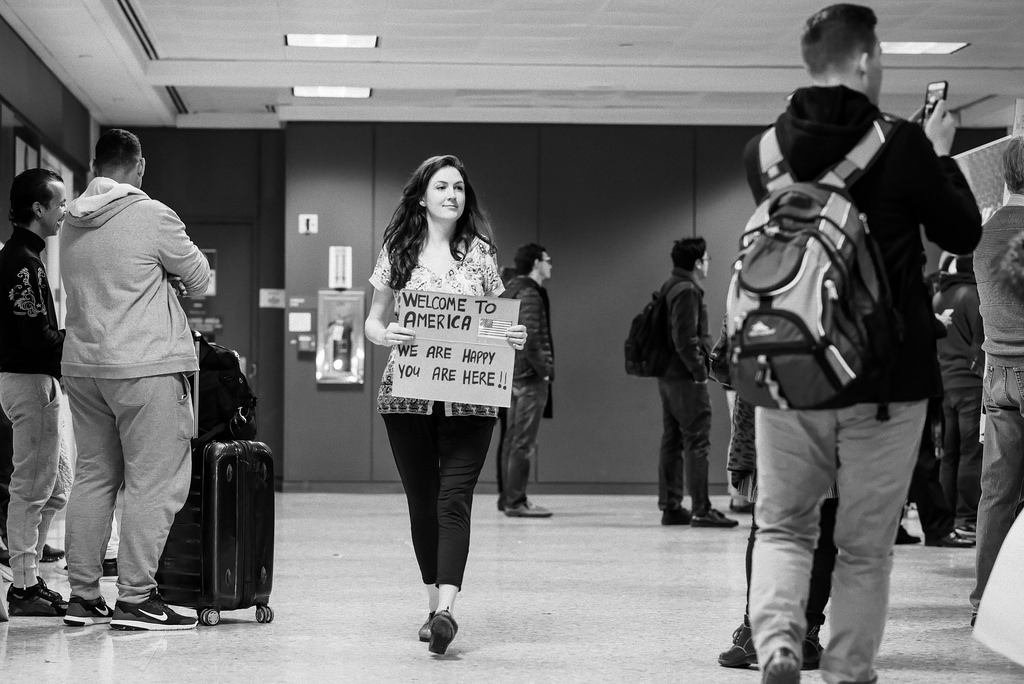 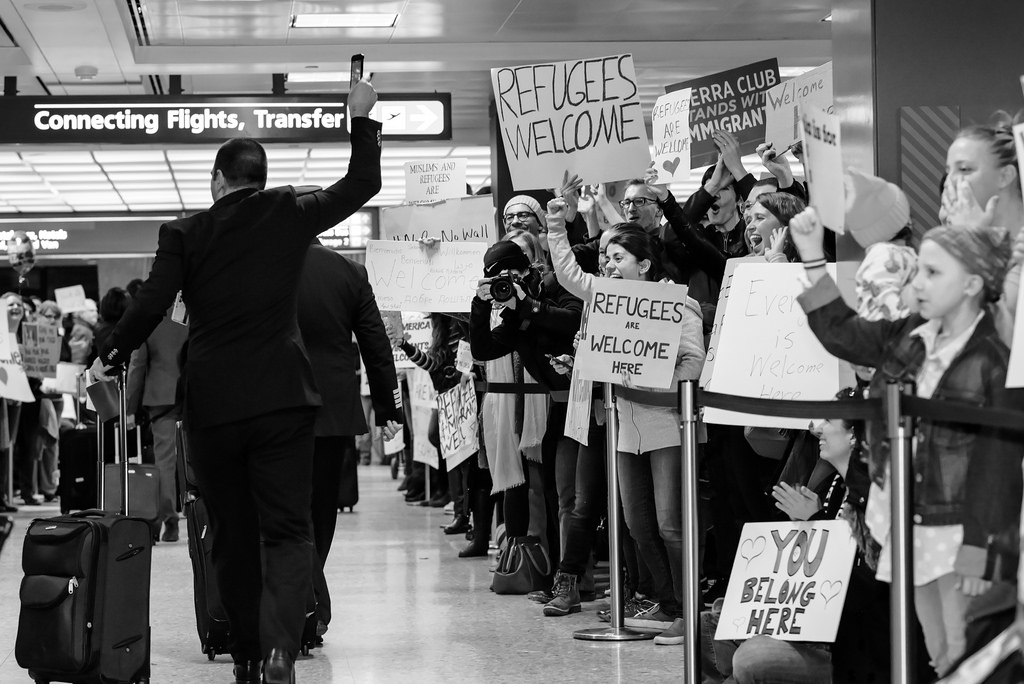 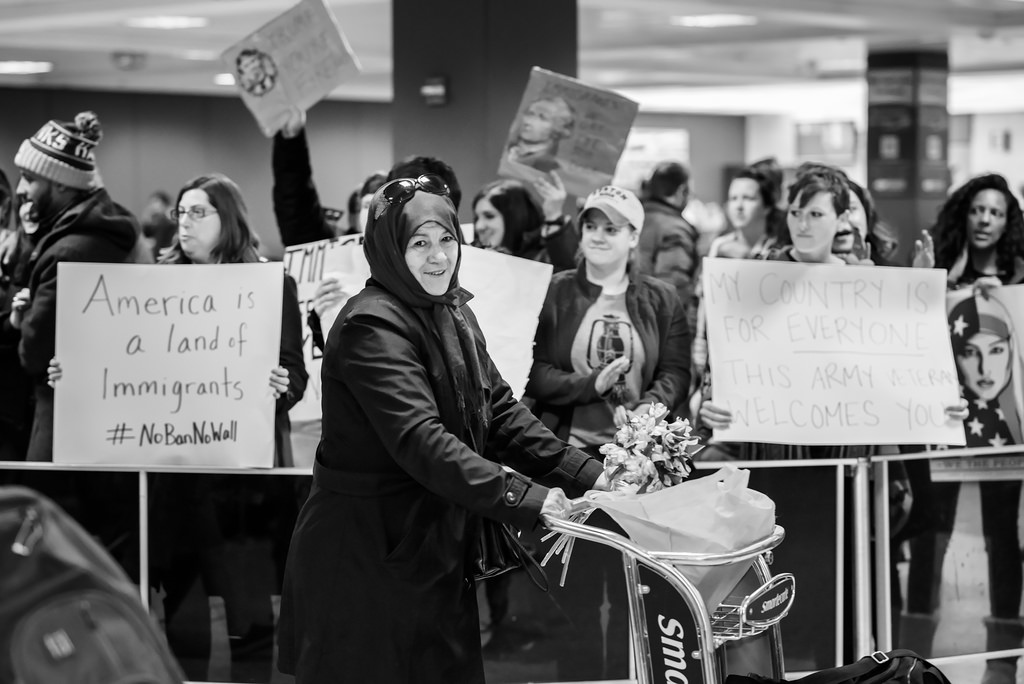 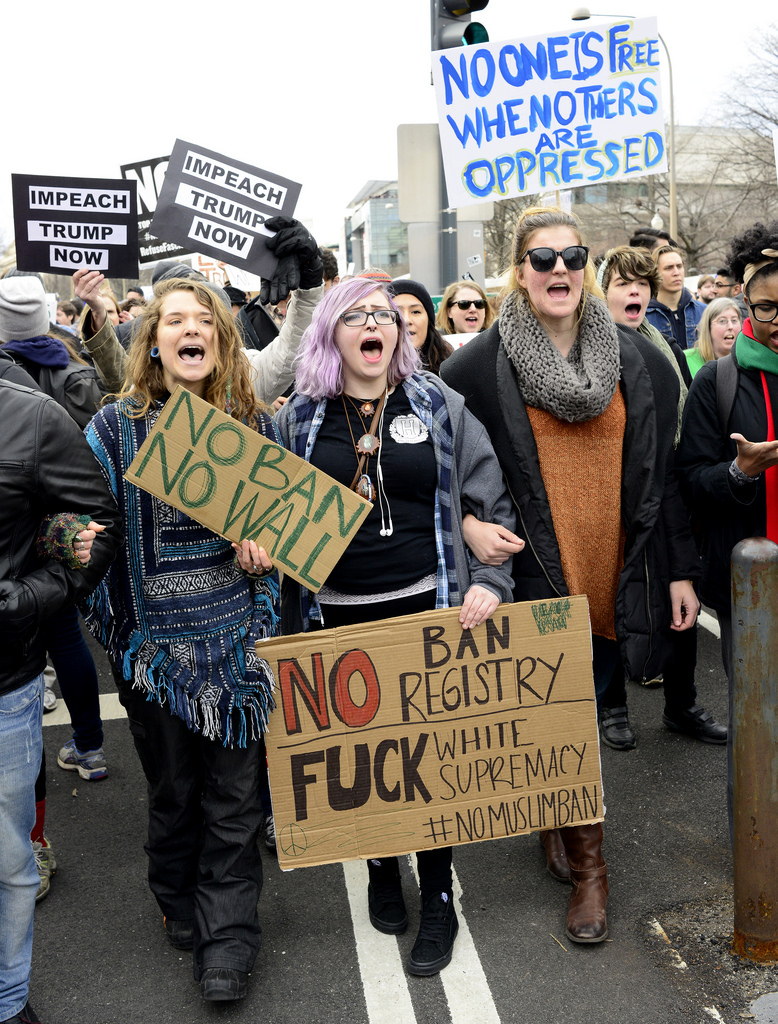 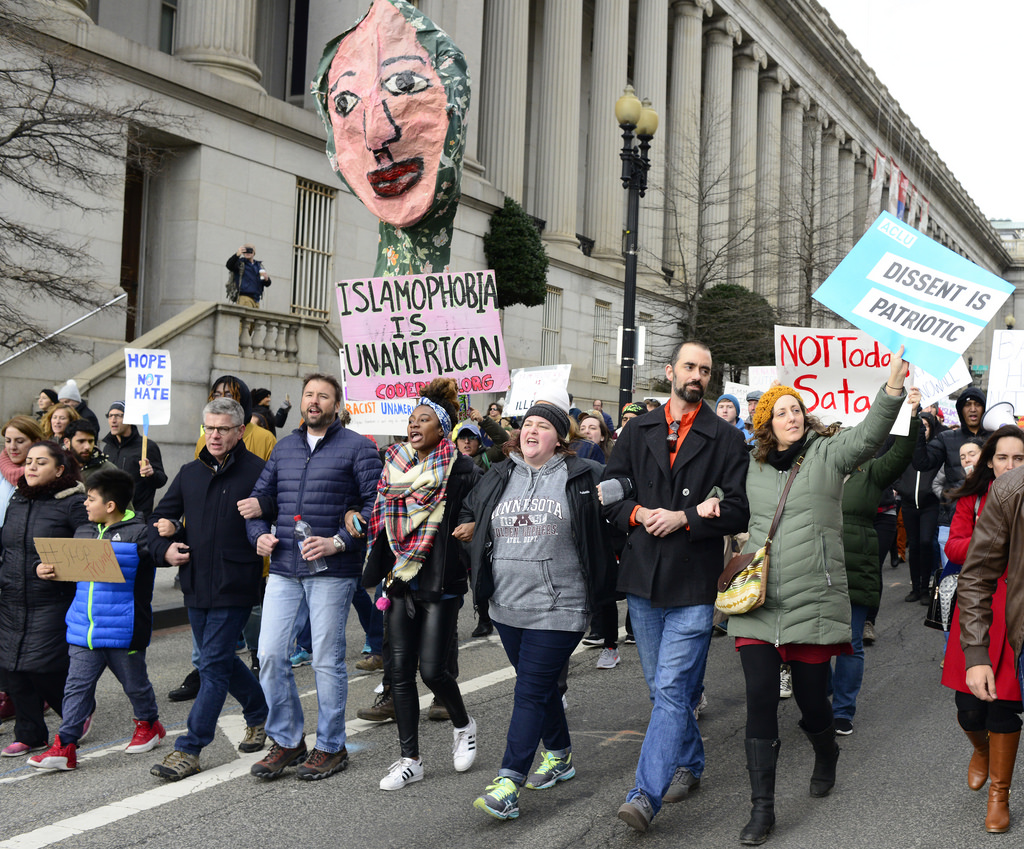 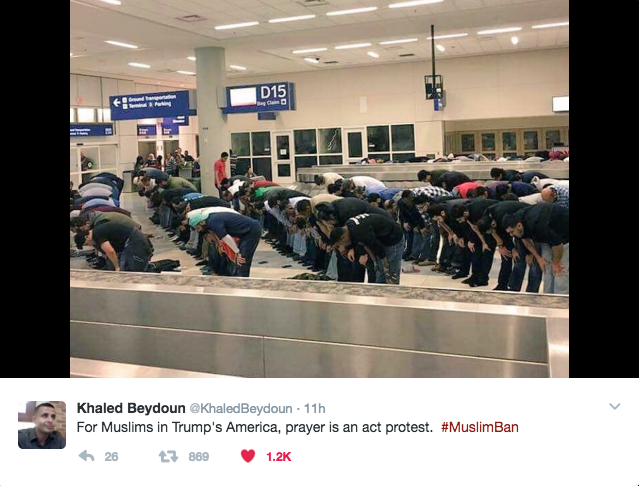 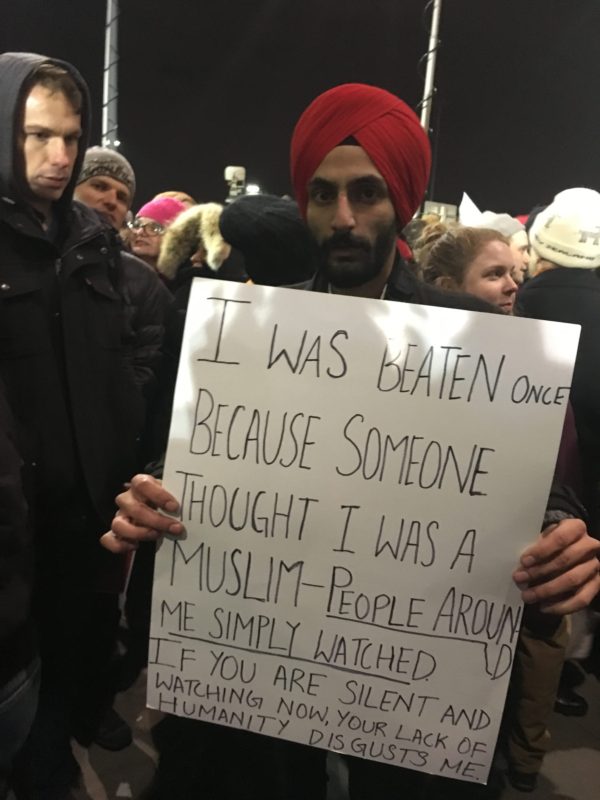 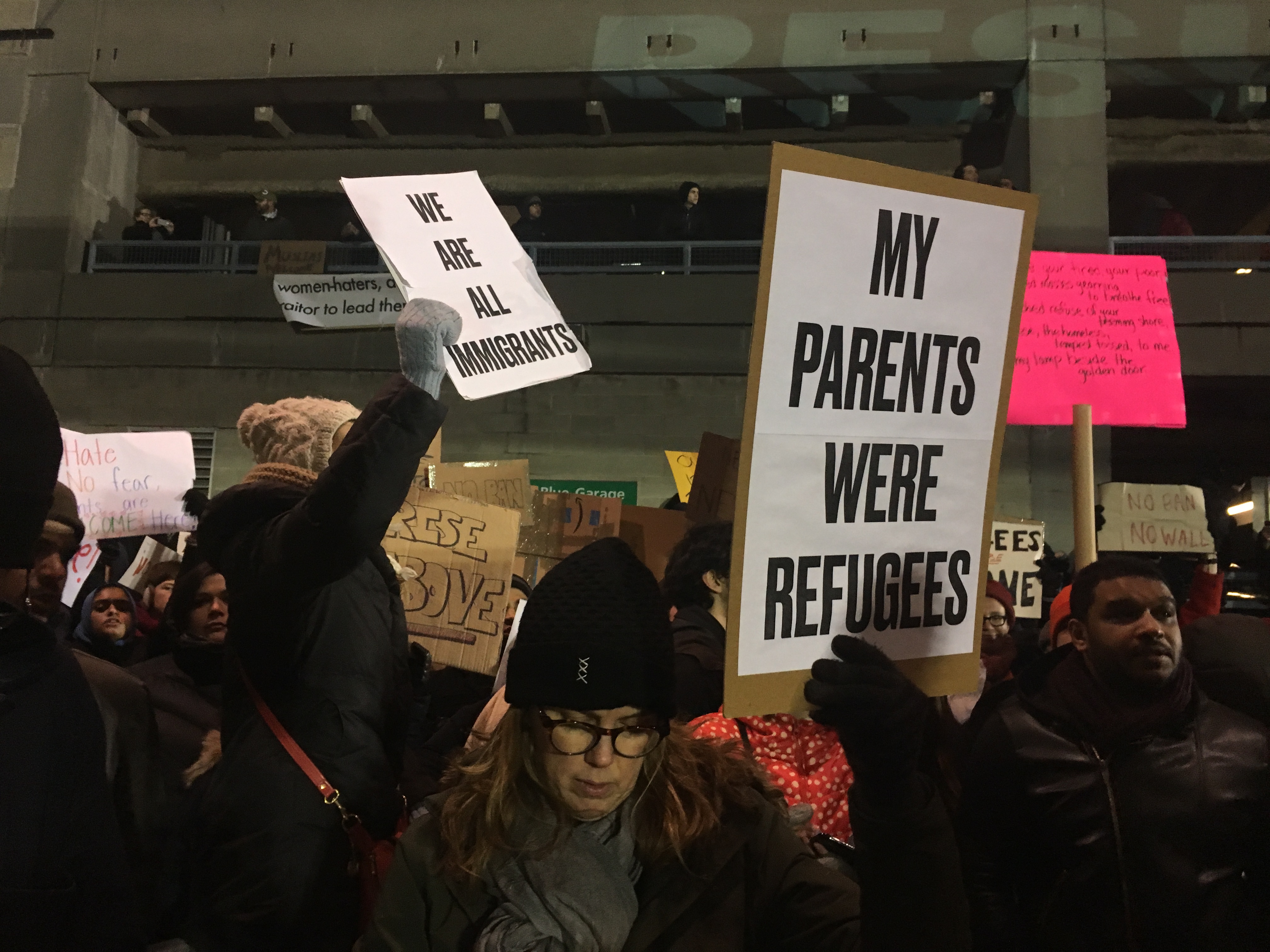 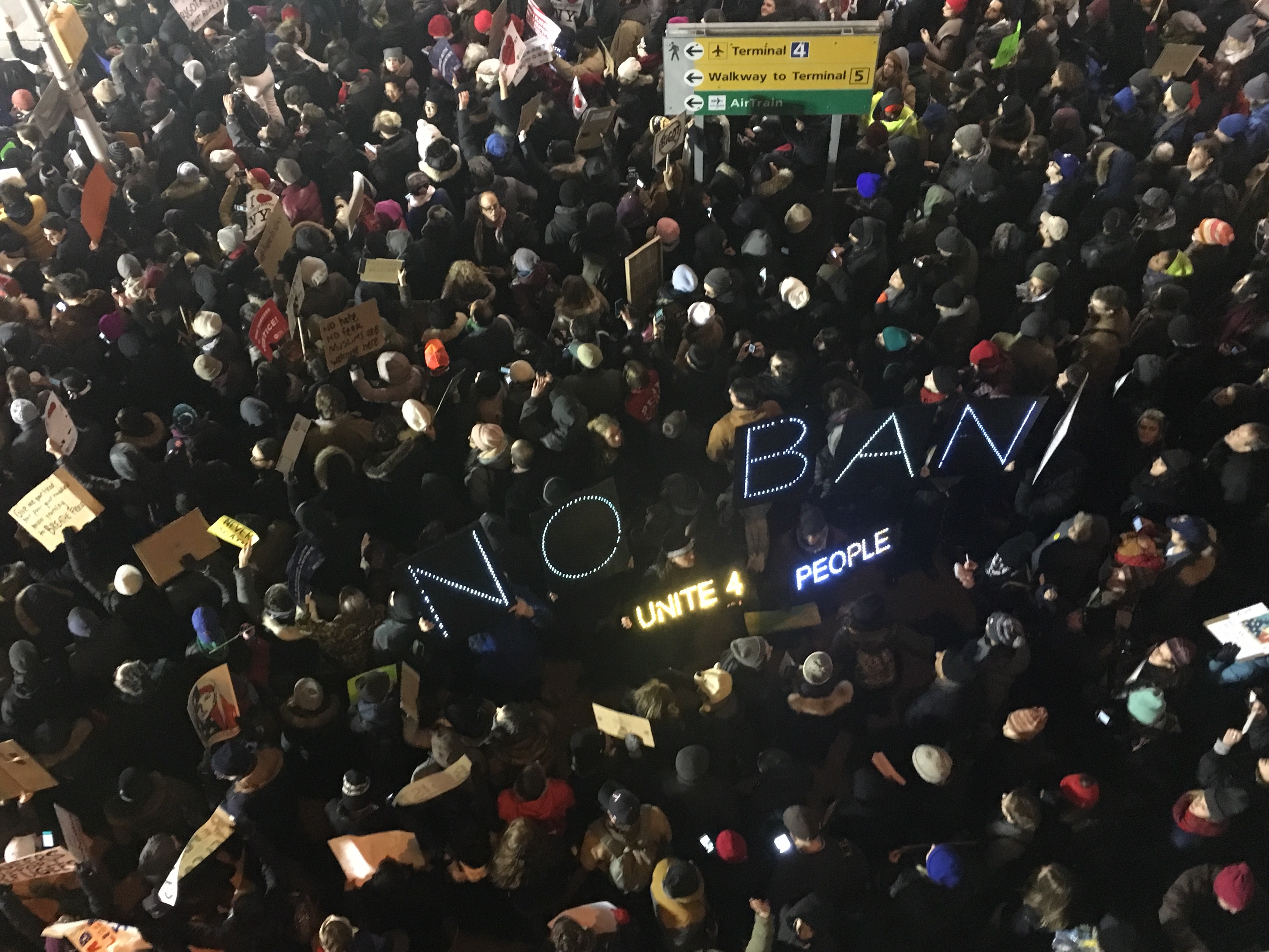 In addition to the thorough photo coverage across the country, you can see more on the protests in Casey Neistat’s coverage here: