The Consumer Electronics Show (CES) turned 50 in Las Vegas this year, and the three day event always has an array of surprising and cutting-edge products from drones to virtual reality on display. But this year, Razer, a company that specializes in gaming products, presented the world’s first laptop with a triple display screen-dubbed Project Valerie-which won the award for Best Concept/Prototype.

Razer insists that the laptop’s three 4K screens are equally as powerful as any one 12k desktop, and apparently, the person who stole two of the pro-types early Monday morning seems to agree. CEO, co-founder, and creative director for Razer, Min-Liang Tan, announced via Facebook that the laptops, which are valued up to $6,000, were taken from their booth at CES.

I’ve just been informed that two of our prototypes were stolen from our booth at CES today.

We have filed the necessary reports and are currently working with the show management as well as law enforcement to address this issue.

At Razer, we play hard and we play fair. Our teams worked months on end to conceptualize and develop these units and we pride ourselves in pushing the envelope to deliver the latest and greatest.

We treat theft/larceny, and if relevant to this case, industrial espionage, very seriously – it is cheating, and cheating doesn’t sit well with us. Penalties for such crimes are grievous and anyone who would do this clearly isn’t very smart.

If you were at the show and/or if you can provide us any information, please do reach out to us at legal@razerzone.com – all information provided will be kept in the strictest of confidence. -Min-Liang Tan

Though the theft comes as a shock, it is easy to see why someone would want to steal it. The one-of-a-kind laptop has many innovative features, including the aforementioned triple display screen that extend from the sides of the main screen automatically, like the doors of a Lamborghini, thanks to the design’s aluminum hinges. The effect creates a stunning 180° view. 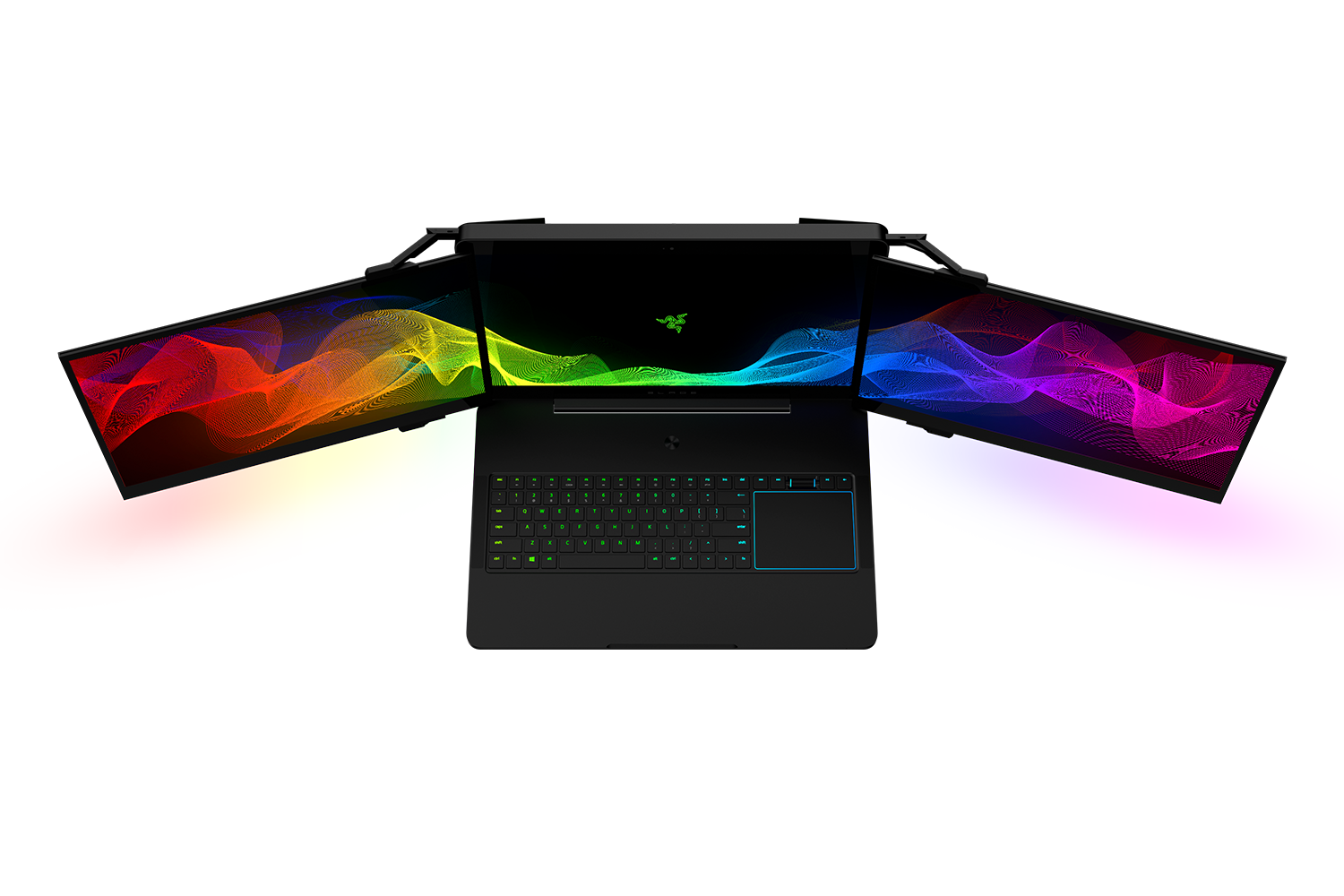 The 180° screen view has a resolution of 11520×2160. Though, people question whether the games will be able to run at this resolution presently (though never underestimate the PC master race). Razer has been quiet on exact details about the hardware, however, they announced plans to use Nvidia’s GeForce GTX 1080 card to support the graphics. With all the new VR games rolling out, many question if Project Valerie will be able to support them. It has been reported that Project Valerie will be able to run HTC Vive and Oculus Rift VR headsets.

With the capacity to support VR technology, this laptop makes gaming even easier to take on the go. When closed,  Project Valerie appears to be the same size of an average gaming laptop at with 17.3 inch panels and 1.5 inches thick, about the same as Razer Blade Pros. Though most laptops these days weigh about 3-5 pounds, Project Valerie weighs in at a whopping 12 pounds – all that power and screen space came at a cost. However, its compact size still allows for it to fit in a normal laptop bag, making it is easier to take your game or project with you anywhere as long as you have a strong spine. 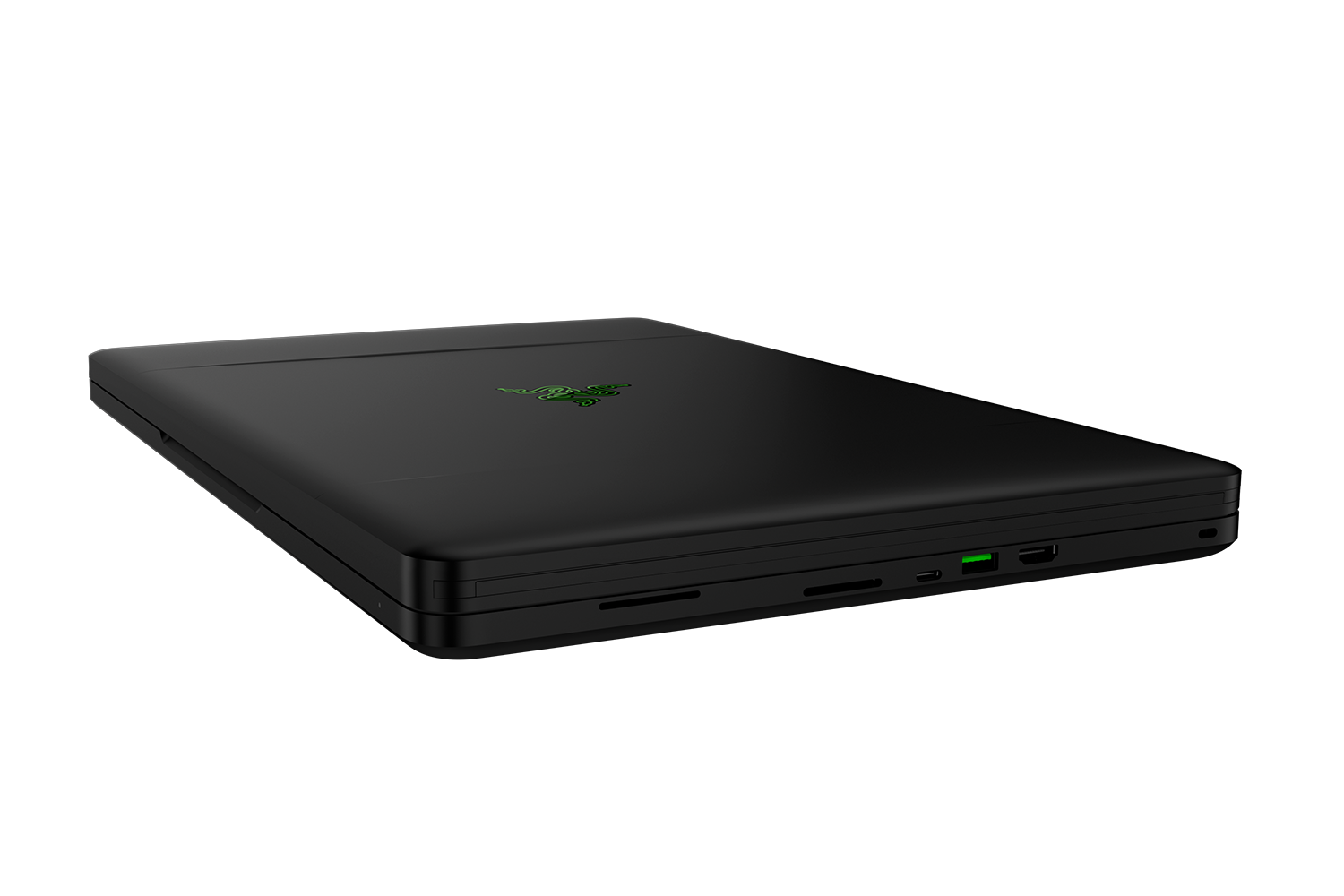 Razer has not announced a launch date for their new product, though after the theft, the release could be pushed back even further. Razer is most concerned about the theft because these were prototypes, and the technology they integrated into the machines could make its way into the hands of competitors before Razer can take the product to market.