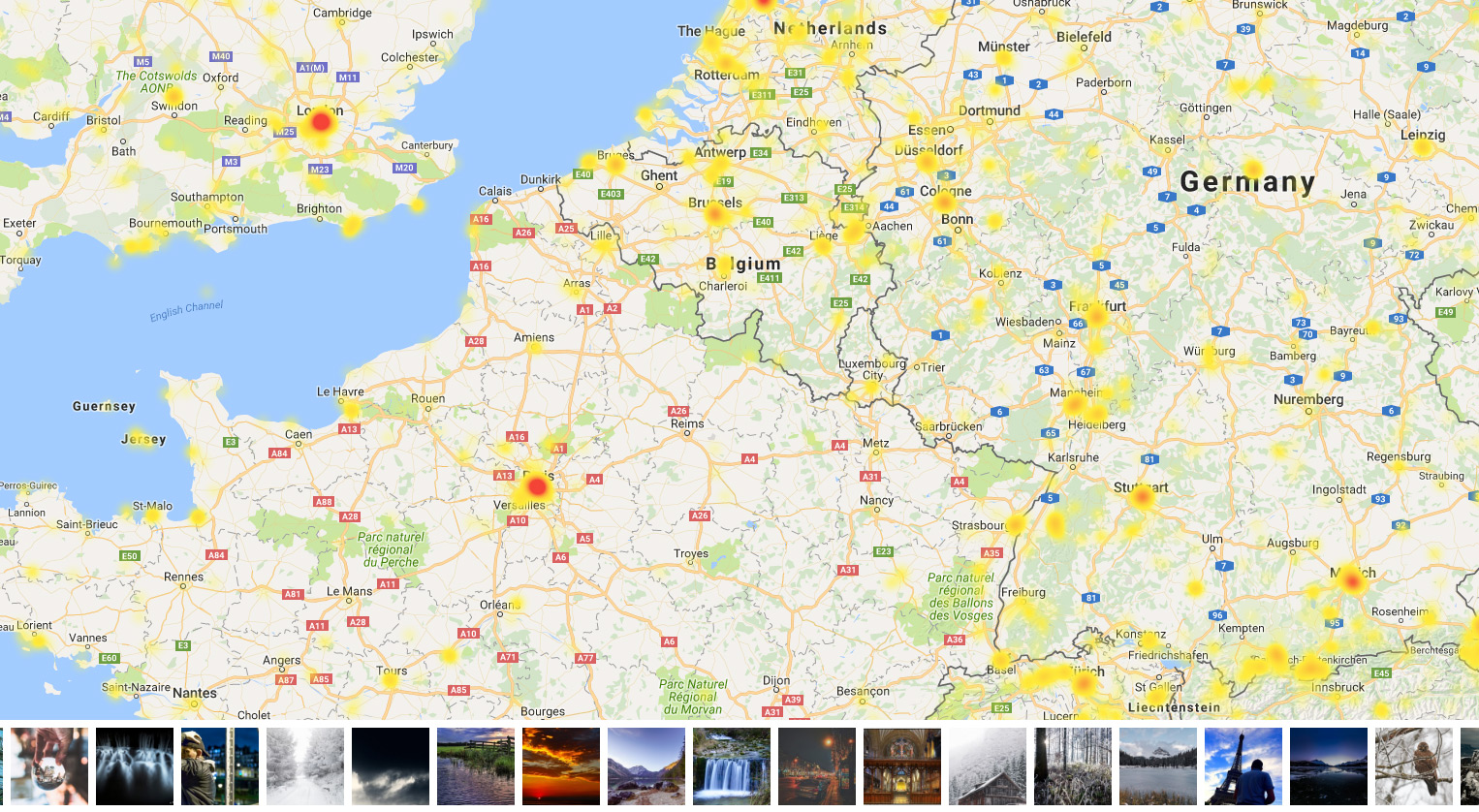 Redditor Programs Map to Reveal Photo Hotspots Around the World

Reddit’s M_Wong revealed this morning a project he started working on only a few weeks ago: a website that shows when and where the most photos are taken in the world. It’s a very ambitious venture, still very much in its infancy, but it already looks impressive.

According to the Redditor’s post, the idea came up while scrolling aimlessly through Google Maps to find new spots to photograph. “I thought that it would be interesting to see where and when other photographers were taking photos,” he wrote on Reddit, “so I decided to create a small website that shows exactly that.” 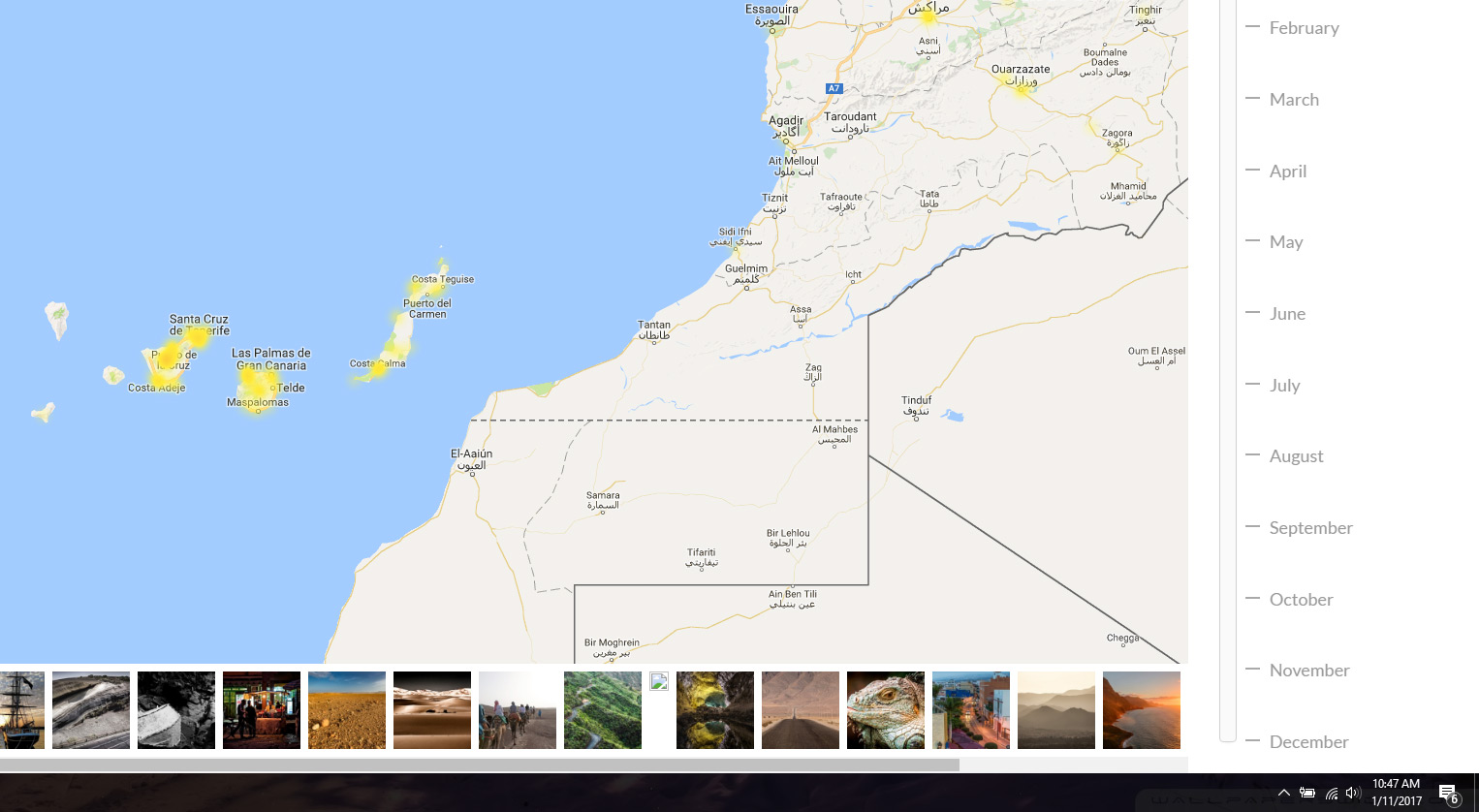 Photospots.mwong.ch consists of three parts: a heat map to show photography hotspots, a slider to filter photos by the month they were taken, and a thumbnail bar that displays some images of the currently visible parts of the map. M_Wong’s only source for data, for now, is 500px, which limits his site to data from December and January. But much more data “will come in time, since it updates the data daily,” he wrote.

What appears to be coming next is a filter for categories (i.e. nature, cities, etc.), flagging for NSFW content, and making it possible to filter out specific days. 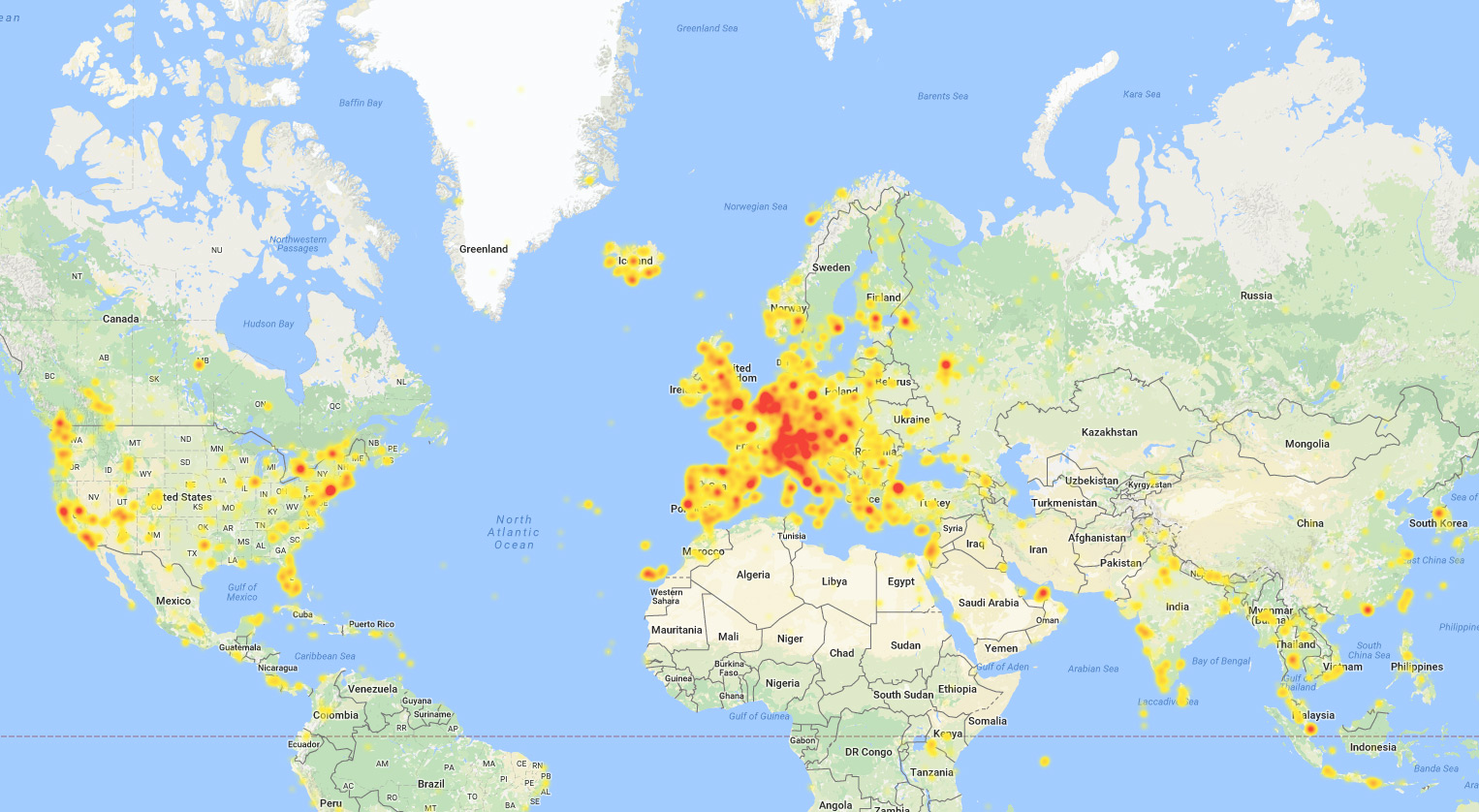 A quick look at the website shows how photographers seem much more active in Europe than anywhere else in the world. Or maybe it just shows the popularity of 500px in this continent. As one Redditor put it: “A lot of the photogs I’ve talked to in the US have gotten frustrated with 500px. Many are just using Instagram and SmugMug.” 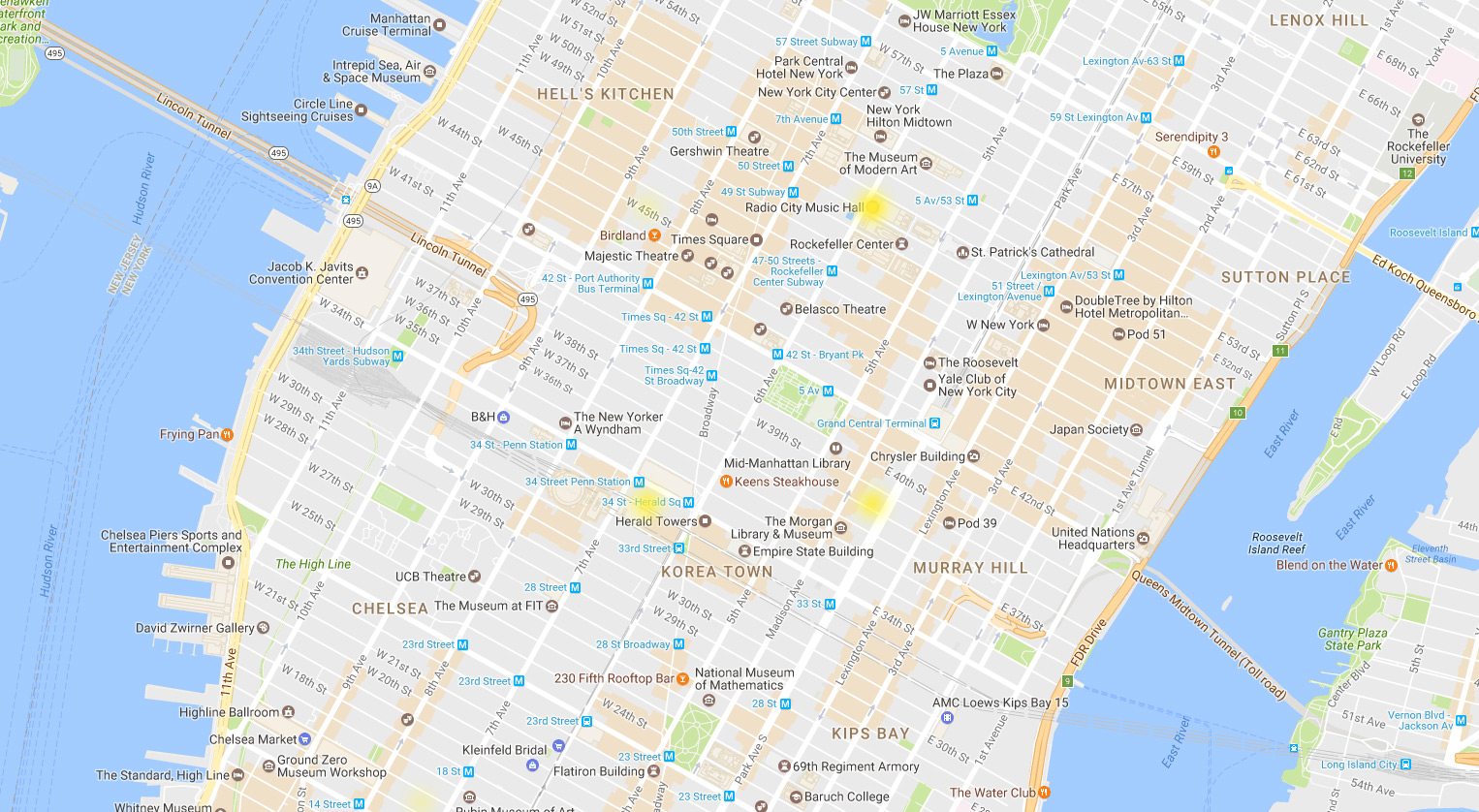 Another conclusion when diving into the map is how people often tend to tag their photos based on the city they were taken in, and not necessarily the exact location. For example, there seem to be no photos taken in Times Square. That’s obviously inaccurate—but a pretty dope project nonetheless.

If you have feedback for improvement or any other suggestions M_Wong would love to hear it.