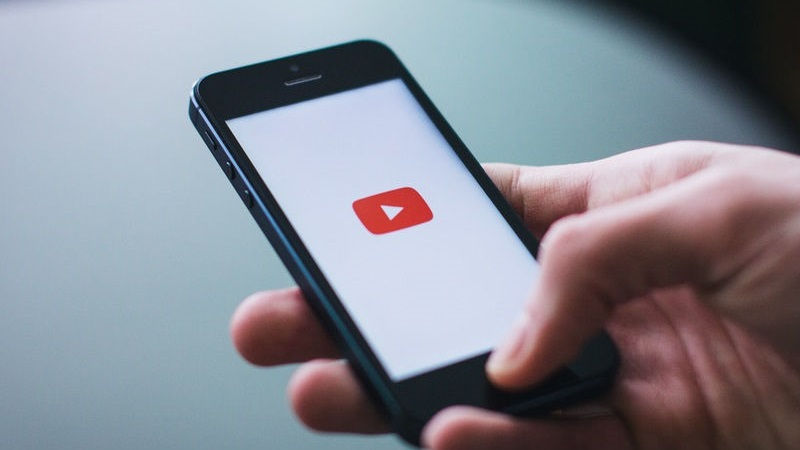 Yesterday, YouTube launched Super Chat, a new tool for creatives to make money off their live streams. For a small fee, the new feature allows followers to raise their voice just an octave higher than the rest, highlighting their comment and pinning it to the top of the chat for up to five hours. Followers can bid as little or as much as they want for a slot at the top of the comment chain. The more you pay, the more air time you get.

Of course, this is a huge benefit for followers – five glorious hours under the eyes of an idol – but because followers have to pay cold hard cash to have their comments recognized, it’s an even bigger perk for creators.

If the new tool sounds familiar it’s probably because it is. Super Chat is the replacement system for Fan Funding (a similar social program) and carries close resemblance to Cheering, Twitch’s system for bridging the gap between vid-stars and followers. 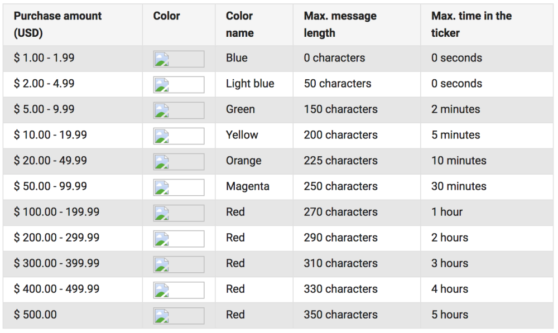 Here’s a look at the pricing

As of now, the tool is still in beta testing and the guinea pigs include Great Library, iHasCupquake, and Alex Wassabi. So far, the only red herring on the horizon is the system’s lack of filter, a.k.a. there’s plenty of space for hateful, lewd or the generally digressive comments. For now, creators will have to pluck out their own trolls and keep tabs on the inappropriate remarks.

If all goes well in beta, YouTube plans to go global with the tool January 31st, extending services to creators in 20 countries and followers in over 40 countries.