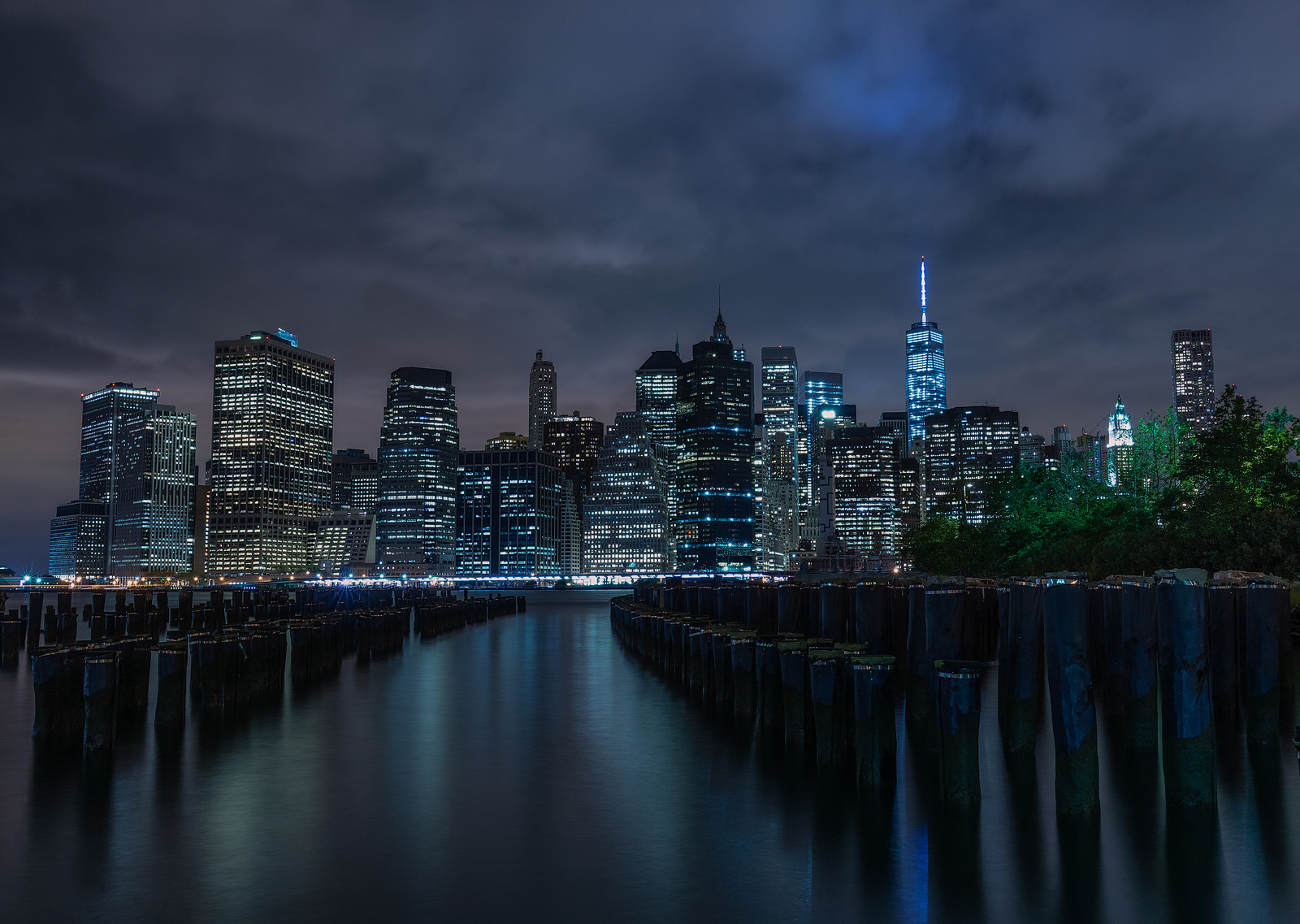 Ah, Valentine’s Day. The Hallmark holiday. While February 14th is just a commercial holiday, it is still a romantic one, especially if you are in New York City. So with the help of some well-known romantic movies, we compiled a list of some of the most romantic places to take that special someone today.

In our opinion, there is no place more romantic than along the water in Brooklyn’s DUMBO (Down Under the Manhattan Bridge Overpass), especially at night. As blue hour descends upon the city, the looming Manhattan skyline lights up, giving everyone butterflies, no matter how many times you witness it. The most well-known vantage point is next to Jane’s Carousel just to the east of the bridge, but if you go west to the other side of the bridge, look for the wood beams in the water behind the Brooklyn Bridge Garden Bar for a quiet place to enjoy the view. If quiet is necessary for your romantic night with your significant other, than this is not the place for you. If you walk onto the Manhattan Bridge, you will find a wide section of walkway that holds one of the best views of the skyline with the Brooklyn Bridge in the foreground. There are even holes cut in the chain link fence to make sure you get the photo you want, without barriers. Unfortunately, standing on a double-decker bridge which also has a subway track makes this a very loud romantic loud, but the view at sunset more than makes up for it. The newly opened World Trade Center Transportation Hub serves 250,000 commuters a day, but the real draw here is the Oculus, a 78,000 jaw-dropping dining and shopping hub. With a futuristic look, the room takes in a ton of natural light from the giant windows, and being that it’s still new, it could be a romantic first for both of you. In the movie an Affair to Remember, this famous piece of architecture served as the perfect setting for a dramatic scene in the film when a two people who are currently dating someone else fall in love and agree to meet back here in six months once they have their affairs in order.  Sleepless in Seattle was inspired by the classic film when character Maggie writes to a man she only knows from the radio, proposing they meet atop the Empire State Building. Get away from the hustle of the city and take your date to Central Park, which somehow trancends lovers into a quiet fairy tail setting, even in the middle of the busiest city in the world. In the sweet and cynical Woody Allen film, Annie Hall, both Allen and actress Diane Keaton go to central park to people watch. If you and your lover have a sarcastic, yet curious personality, perhaps this would be the perfect date for the two of you. The Statue of Liberty

In the 1984 film Splash a mermaid is fresh off the boat in New York City when she arrives stark naked at the State of Liberty in search of the man she saved from drowning. Awww. Too bad she was later arrested for indecent exposure. Maybe bring a swimsuit if you want to live out this rom-com fantasy. This gorgeous library has served as the setting for older films such as Breakfast at Tiffany’s and newer films like the wedding in the Sex and the City movie. Check it out for yourself to see why the insides of this colossal marble building will make anyone swoon. Harry Met Sally in this Brooklyn deli and people have been faking orgasms there ever since. Okay, not really, but that’s what Sally did in the provocative scene that took place here. In may not be the late eighties, but you might still get away with doing the same if public displays of affection are your thing. If the film title Autumn in New York doesn’t sound romantic enough to you, then perhaps ice skating in Rockefeller Center like Will Keane (Richard Gere) and Charlotte Fielding (Winona Ryder) did in the movie will. Though a number of movies have now made this grand train station more than just a hub for public transit, no movie quite did it like Friends With Benefits did when Dylan (Justin Timberlake) surprised Jamie (Mila Kunis) with a flash mob singing and dancing to “Closing Time.” What song would you choose to declare your love to someone here? And how about wrapping up your day with a cosy nighttime walk through New York City’s only elevated outdoor park? The High Line is a 1.45-mile-long linear park in West Manhattan. It was inspired by a similar 3-mile park in Paris—exactly, the city of love. The High Line is an ocean of green amid a concrete jungle and you and your partner will find it surprisingly relaxing. There’s more than enough plantation and hidden corners to help you finally score that kiss you were aiming for all day. If politics has you and your love all riled up, then join your fellow minded love fanatics and attend tonight’s “A Call for Revolutionary Love” at Washington Square Park.