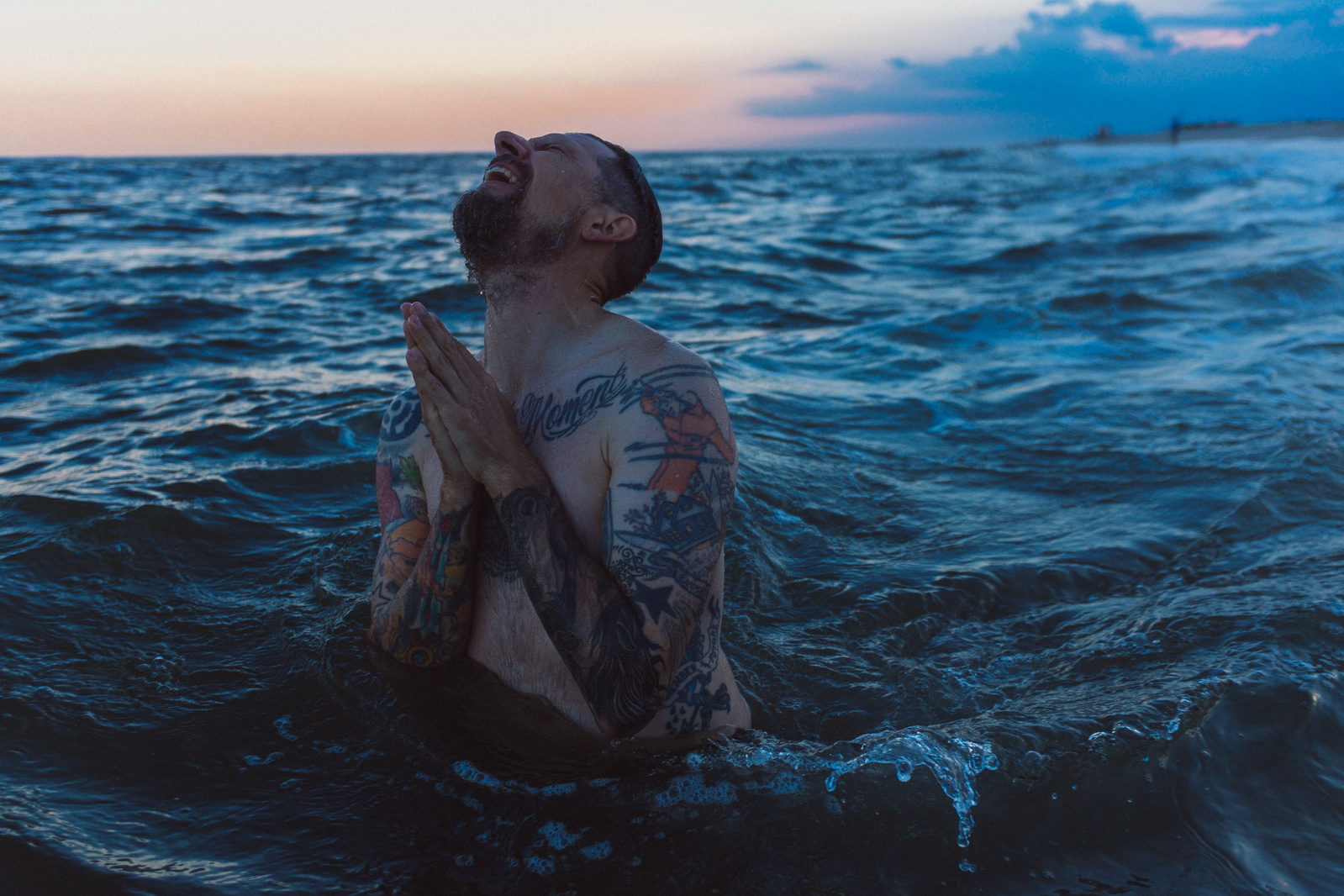 Bryan Derballa’s photography career began with his favorite activity: skateboarding. Aside from the activity being a huge part of his life, he said photography plays a big role in the sport. When he began his professional photography endeavors, he was interested in strictly photojournalism. He worked for a variety of newspapers, however he kept himself open to any other opportunities outside of photojournalism to come his way.

“When you want to make a living with photography, it’s not easy,” Derballa said. “I got the opportunity to do more fashion related things, which led to lifestyle photography.” Derballa then started to gravitate towards portraiture photography, and he currently does more commercial, fashion and advertising work. He has a blog called lovebryan.com and over 38K followers on Instagram. These followers include his numerous editorial and commercial clients, spanning from the New York Times, WIRED, VICE, and J. Crew, to name a few.

Many of these major media outlets were clients before they became followers, Derballa said, explaining that he tries not to think about who’s actually following his work. However, whenever he meets with clients, he always makes sure to make connections and he has formed lasting relationships with other photographers and photo editors that work there.

Whether photographing portraits or unfamiliar landscapes, Derballa said there is always a process to his photo shoots. He said most of the time, he won’t get to scout the location in advance and he has to work with what’s there. Going into a shoot blindly usually works out, he explained, as he gets inspiration from the space, light and people he’s photographing and their personalities.

“One of the things I like about photography is that so much of it is problem solving,” Derballa said. “Sometimes it’s the person, and sometimes it’s just great light. You can on the most regular street, and you have this great light and it moves you to make a certain type of picture.”

Derballa began his editorial and commercial photography career before Instagram, but he uses the photo sharing app often to keep his followers up to date on his projects. He also likes to see what his friends are creating. Here are some essential tips from Derballa on how to get the most out of your Instagram account.

1. Don’t underestimate the value of IG

“I have a big following, but that mostly came from Instagram featuring me,” he said. “Even if you have a hundred followers, it’s still a really good, useful thing to do.” 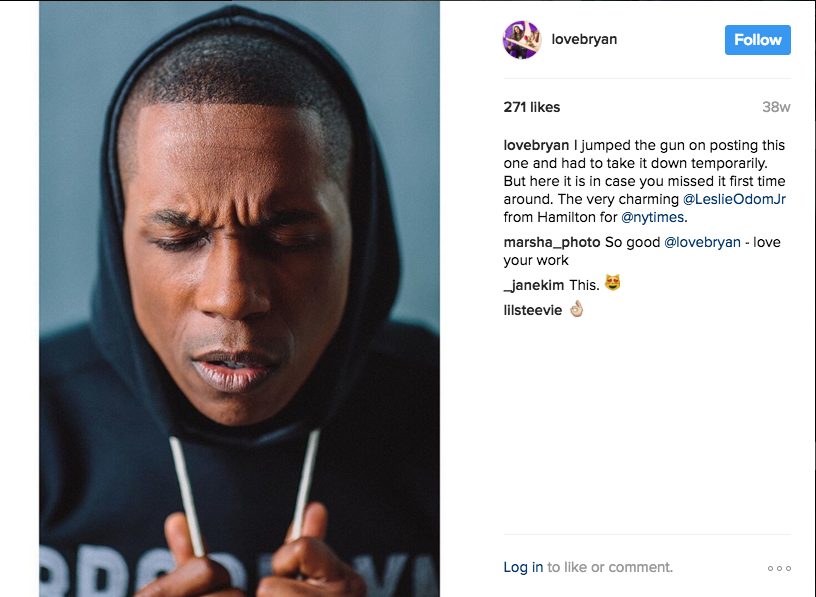 “I’ve gotten work from it, even before I had a big following,” he said. “Photo editors have reached out.”

3. Let people know you are a photographer and OWN it

“I took one photo class once,” he said. “On the first day the teacher said, ‘raise your hand if you’re a photographer, and a couple hands went up, and he was like ‘well for the rest of you, what are you doing here? If you can’t own up to being a photographer…then you don’t need to do it.'”

“When you first start out, you’re pretty insecure about your work and calling yourself a photographer, but if you make pictures and love making pictures, then you’re a photographer, and OWN it,” Derballa said.

“Instagram really reminds people that you’re out there, you’re making work,” Derballa said. “I joined kind of late, so I was a little skeptical of it in the beginning, but when I joined, I made a point of posting a photo everyday. I’ve missed a handful of days here and there. I have a huge backlog, and I don’t believe you have to post something that’s current or new, I’ll post stuff from my archive.”

“I just post something my followers will find interesting everyday and it keeps you motivated to shoot, even when you’re not doing it for work, and you get feedback,” he said. “You do get a sense of what people like, and what’s working and what’s not working.”

5. Look at other people’s work for inspiration 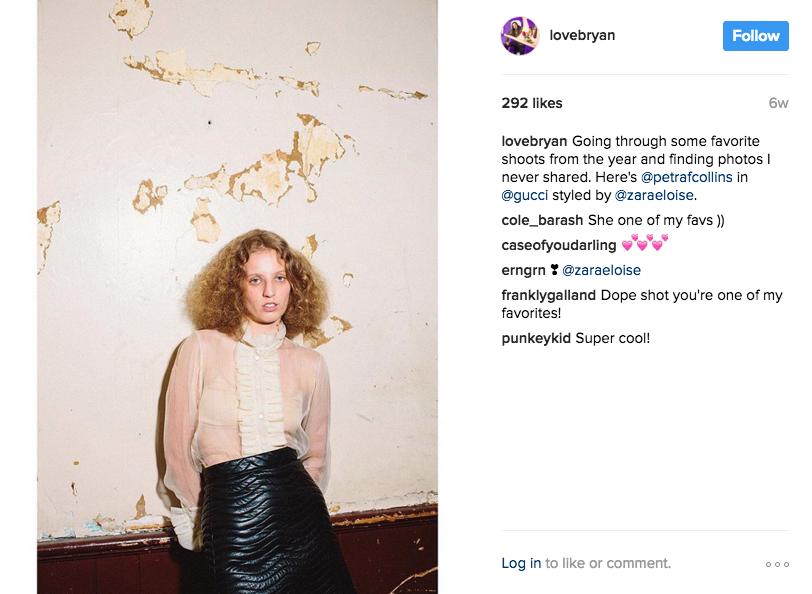 “I don’t like working in a vacuum. There are some people who don’t like to look at other people’s work because they’re afraid it might influence theirs, I’m not really concerned with that,” he said. “The first thing for me is to look at other work all the time.”