Expert Reporting Uncovers the Hoax Behind ‘Tinder For Adoption’ App

It sounds ridiculous, but people seemed to believe that Adoptly, an app making parenthood only a swipe away, was actually a thing, when in fact, it was only an “art project,” according to its founders.

This app was posted to Kickstarter as Tinder for adoption, raising $4000 of its pledged $150,000, before the crowd-funding platform suspended its campaign. Basically, the purpose of it was to allow users to find children in their area up for adoption, and like Tinder, users could simply swipe right in they’re interested or swipe life if they’re not. In other words, it was basically human trafficking for babies.

The creators of the app, Ben Becker and Elliot Glass, who were also the masterminds behind another hoax app called Pooper in 2016, told The Observer: “Although this may have been a distasteful (to some) idea, the fundraising itself was based on a legal ‘concept’ and linked to an actual person and real bank account. That being said, we always intended to end the fundraising early and refund all donations regardless of the outcome.” 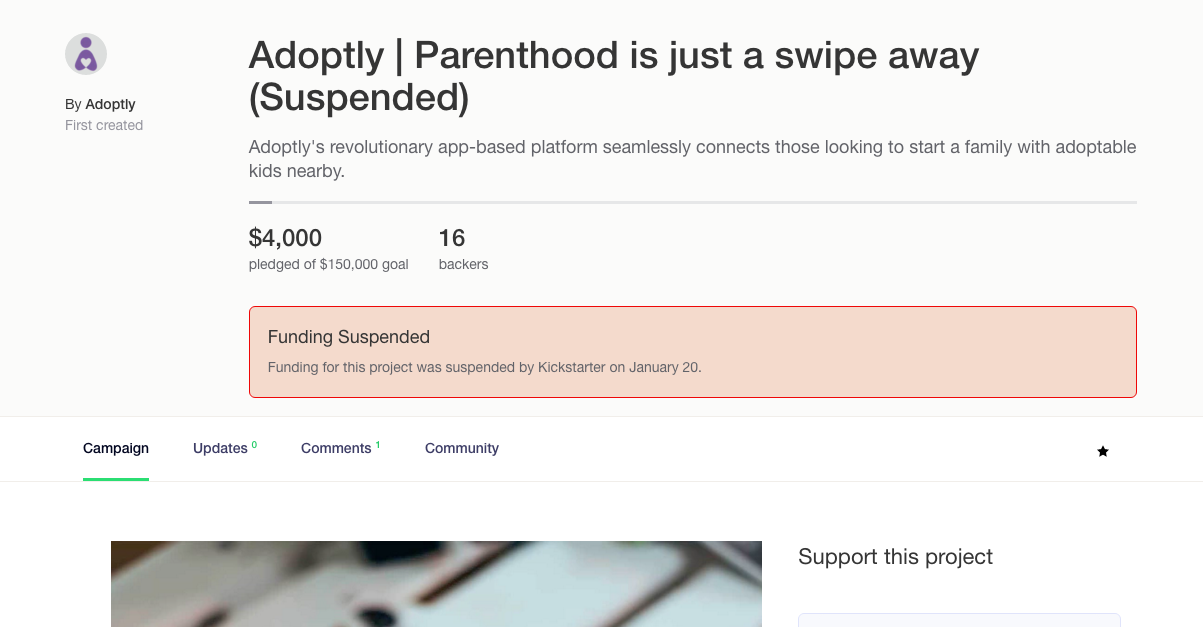 And yet, there’s no way of knowing whether or not they were intending to keep the money, especially since they went back and forth in interviews with The Observer for six days. It is also reported that the duo went as far as to hire actors to star in their videos, created a website, launched on multiple crowd-funding sites, and more.

Thanks to expert reporting by The Observer, it’s pretty clear that, at the least, Becker and Glass were attempting to denounce the media, a dangerous undertaking in the age of fake news.

“Their end goal is manipulating or delegitimizing the media (or perhaps this is simply the consolation prize when the first two goals fail),” said Ryan Holiday to The Observer, who is known for detailing his own manipulation of the media in his book Trust Me, I’m Lying.