Female Photographers Are Changing Their Presence in the Industry 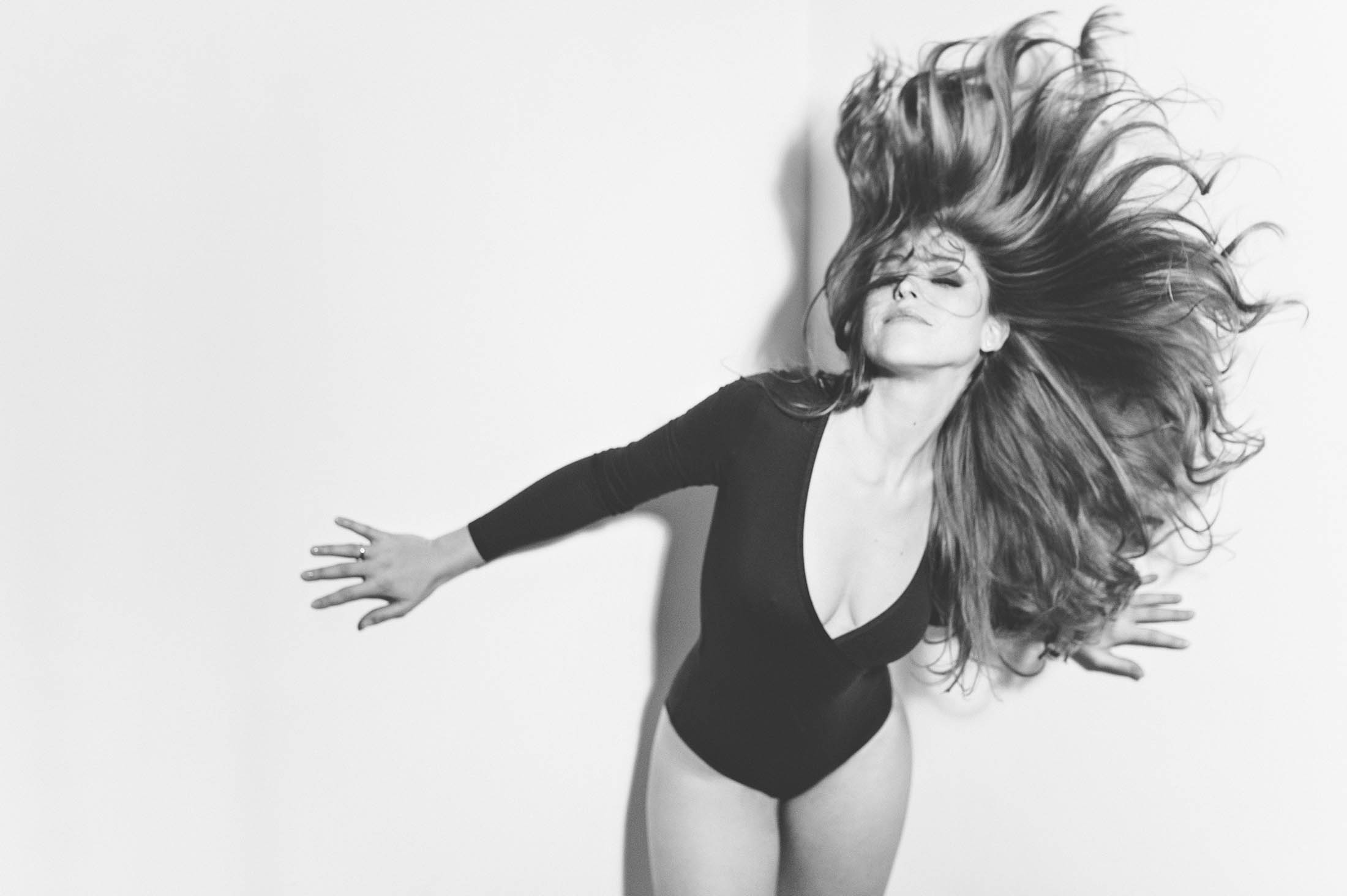 We spoke with photographers Jen Rozenbaum, Sarah Maple and Natalie Keyssar about living and working as women in photography. While all of them operate in different facets of the medium, they agree that throughout history, discrimination has existed for women in the industry, and, at times, still does in their lives today. Here’s how they’re fighting to change that. 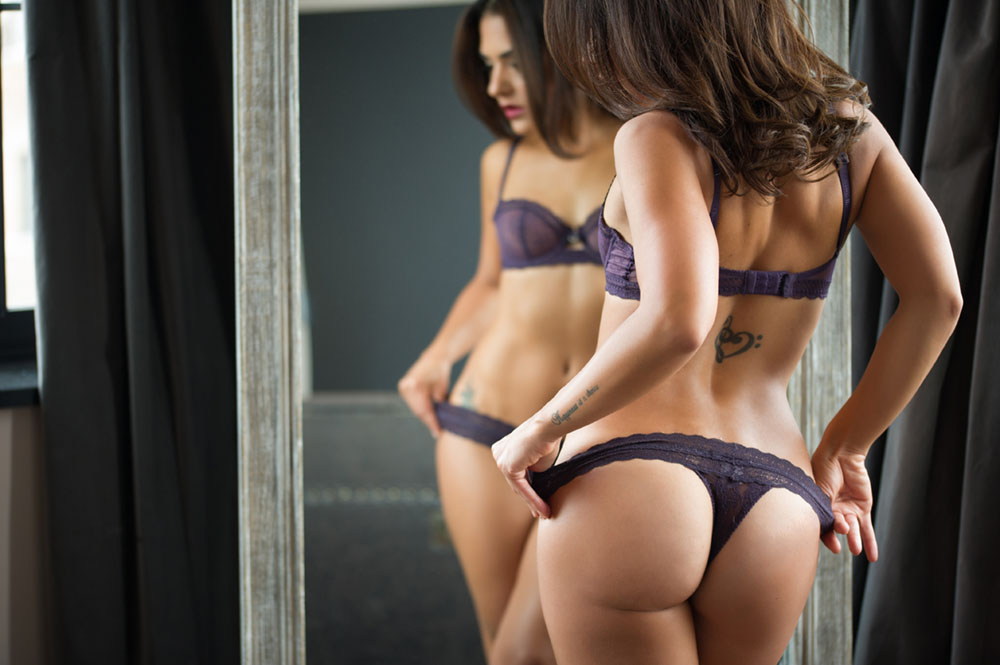 Jen Rozenbaum is a self-taught boudoir photographer who started her career in 2008 after having her first child. Today, she runs her own photography business, which took her three years to create. With “Shamelessly Feminine” as her tagline, this mantra also serves as Rozenbaum’s life philosophy. “It’s putting the ‘feminine’ back into feminist.’ We can embrace who we are and our unique qualities and still be taken seriously, even in high heels,” she said.

What themes do you focus on in your work?

As a female photographer who photographs women, I write and speak a lot about empowerment and community—lifting each other up and spreading positivity. I also speak a lot about my own struggles as a woman. Topics like infertility, body image issues, and self-esteem are common themes in my work.Since I only shoot boudoir, it’s always about the woman. In fact, in most of my images you won’t see much besides the woman. My images aren’t typically environmental. I love a woman against a plain wall. That’s how I can highlight her the best. There are no distractions. Just her and all her beauty.

How do you think the photography industry has changed for women since you started?

When I started eight years ago, the photography industry was just starting to turn. A lot more women were coming into it, and the industry was starting to take notice. Now it is much more common to see women photographers at conventions and workshops, which I love! Some conventions are even geared only toward women! Sadly though, there is still sexism and stereotypes we are trying to conquer. Women are typically much more emotional shooters and not as technical—a generalization, but one that resonates with me. Sometimes people that are very technical think emotional shooters aren’t as serious. I always like to remind people it’s about the end product. And there’s more than one way to get there. 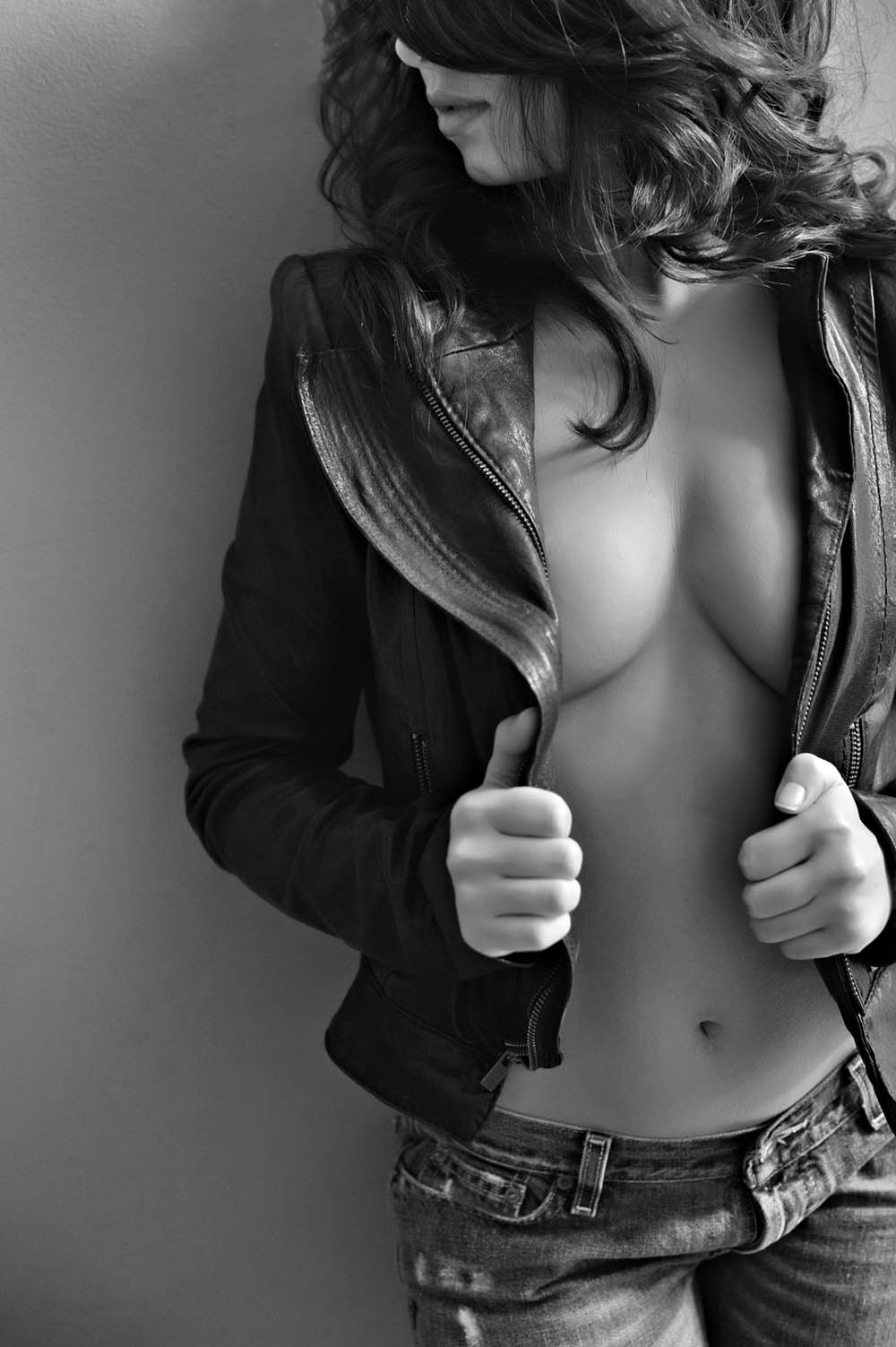 What are your thoughts on the gender wage gap within the photo industry?

I think the gender wage gap is horrendous and we should be mortified that it exists in 2016. There will be an end to it, but it will take time as most things do. As a modern day feminist, I believe fighting for “equality” is an antiquated way of thinking. We are different than men and we should embrace that and use our unique qualities to get paid what we deserve, which is maybe as much as men, or maybe even more!

So what’s your life like outside of the industry? How do you balance your photography career with your family?

I have two children, 11 and 7, and have been married for 12 years. They are my first priority. Photography has actually given me the opportunity to create a life and schedule in which I can work and still be home for them at 3 p.m. It can be challenging. I work a full-time job in part-time hours, but I wouldn’t change it for the world. Children are a full-time job on top of my full-time job. Luckily, I have a husband who isn’t afraid of getting into the mix and helping me out when I travel or on a long shoot. He is very key to my success both at home and at work. 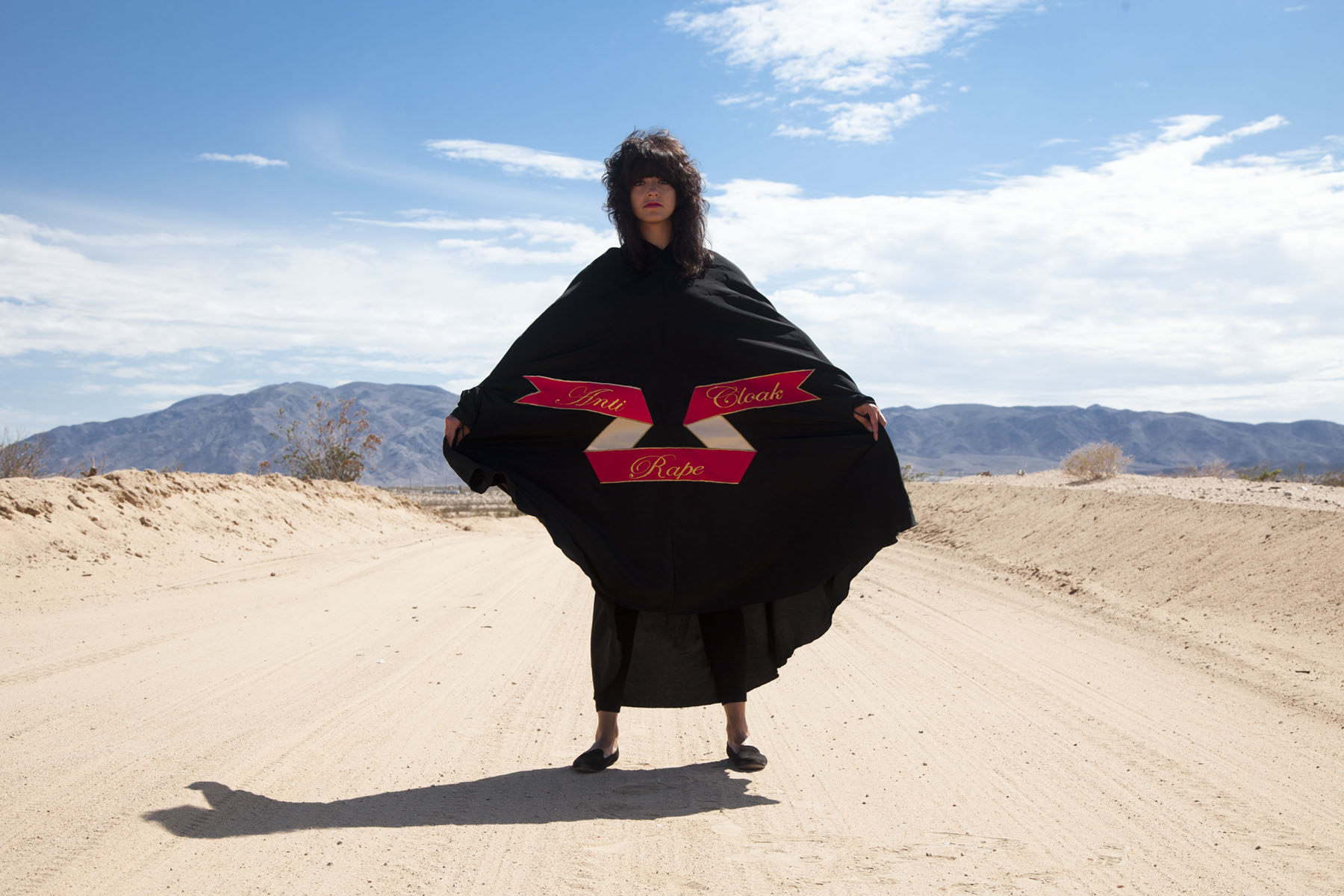 Sarah Maple, a British visual artist, graduated with a fine arts degree from Kingston University in 2007. She mainly studied painting during her time in college and only began studying photography five months before graduation. At first, she hadn’t taken photography seriously and only planned to do it for a few extra credits. But after she realized she could experiment with performance-based ideas and even recreate her paintings as photographs, she adopted photography as one of her main artistic mediums. Maple’s work has been exhibited internationally at galleries and institutions, such as Tate Britain, A.I.R. Gallery, AGO, The New Art Exchange, Golden Thread Gallery, and Kunisthoone.

How do other female photographers influence the way you go about your work as a female?

Over the years I’ve become great friends with other female photographers my age, and I think we all influence each other in some way. It’s an interesting time to be a “female artist.” In some ways, that identity comes through in our work. It’s funny because many of us do self-portraits and I think it’s because women are starting to take control of our own identities a lot more. We are always told how to be [a certain way]…and now through our work we have a voice and we can control exactly how we want to be seen by the world. It infuriates me when it’s dismissed as narcissism, which is extremely frustrating.

What are some ways you go about capturing the feminine spirit, female empowerment, and female subjects in general?

My work has been strongly about feminism. It feels natural to make women the key element in my work. However, I do not exclude men because men are just as important in the conversation. I like to make images of women that are sort of unusual in a way but empowering, and images of women that you wouldn’t usually see. Like in my piece, Lollypop Lollypop, it’s completely pink, pretty and feminine, but then I have this hairy armpit. Or, in Fighting Fire With Fire No.2, I’m dressed in my traditional Islamic dress but then with a cigarette hanging out. I like to challenge the idea of what traditional roles or images are expected for women. 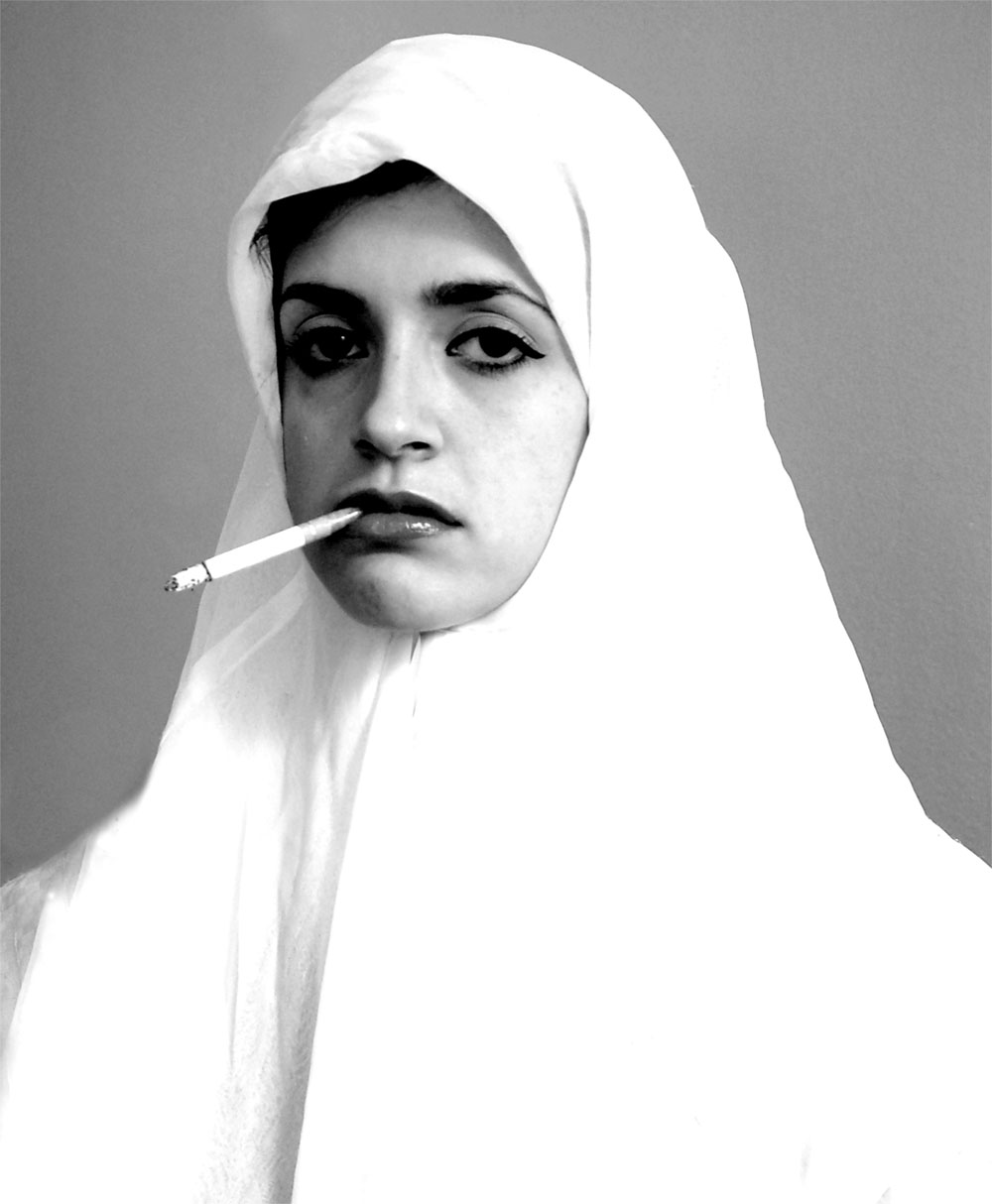 So do you believe that woman photographers have been treated unfairly compared to their male counterparts?

Women are more likely to be dismissed and their work not taken as seriously as men. All you have to do is look at the statistics. Women have far fewer shows than men and sell their work for far less [money]. We are not held in as much high regard, but I think that’s probably the case for women in most professions.

Have you ever encountered any evidence of the gender wage gap in your line of work?

In the art world, women sell less work and when they do it’s for less money. It’s a vicious cycle, and outside of art, we still have a long way to go. I think a lot of it has to do with having children, which causes trouble for professional women. It needs to be more balanced and not assumed that the man will be back to work after two weeks like nothing happened. 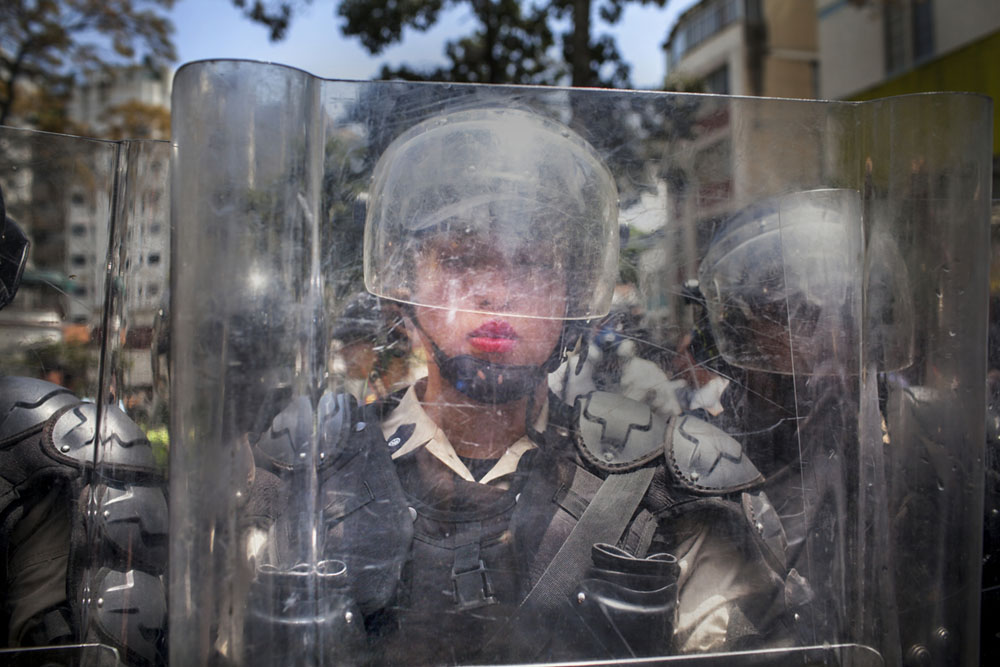 Since she was young, Natalie Keyssar, a freelance photojournalist, has always been interested in activism, class systems, and civil rights. These interests motivated her to study art in high school, and later study painting and illustration at Pratt Institute in Brooklyn. Once she graduated from art school, she realized her true passion was for taking photos like the ones she’d always used as references. Initially, Keyssar worked for photographers Julie Platner and Shaul Shwarz, who put the first camera in her hands. She later did a fellowship mentored by Gary Knight and a Foundry workshop with Maggie Steber. Keyssar’s work primarily focuses on youth culture, activism, class and the effects of political tension on society.

Did any of your mentors affect the way you approached the industry as a female or how you express femininity in your work?

With all of the women photographers I know, it’s a constant conversation. I think we bounce a lot of ideas off of each other and form our own opinions, which vary a lot. When I was first starting out, Julie Platner taught me a lot about how to carry myself powerfully, professionally, but in a totally relaxed, unimposing way while shooting in delicate situations. From affirmative conversations with my circle of girlfriends in the industry, I started to realize that there are many big ways we are treated differently from our male counterparts. And I don’t really think about expressing femininity in my work; it’s just there. But I don’t know how much my eye is influenced by the male gaze and how much it’s a rejection of it. I know I gravitate toward shooting women but balk completely whenever someone says, ‘Why don’t you shoot a story about women in Venezuela or Congo’ because honestly, I think it’s sort of narrow minded to say, ‘Hey! You’re a female photographer, why don’t you shoot women’s issues?’ I’m just shooting the issues I care about, and I think all artists (and I count photojournalists as artists in many ways) gravitate towards reflections of self, and other women. It’s easy for me to access what they might be thinking or feeling maybe more so than with male subjects sometimes.

What female themes do you touch upon within your work?

Some of my work in the past has dealt with issues of empowerment and objectification within youth subculture, certainly on some level from a feminist perspective. But I sort of have a double truth in my head about women’s themes. I am a feminist and a woman, and that perspective touches everything I do. I’m also frustrated by the idea that women are needed in photojournalism to tell stories from a tender perspective, or document women in a given situation. This stereotype makes me squirm…It’s not that we need girls to shoot war zones because they’ll shoot the women there better, or somehow more gently or whimsically, because that is how girls eyeballs work, which to me sounds preposterous. It’s that the more different kinds of eyes we have on the world, the more of a 360-view we get on it, and that doesn’t manifest as “women shoot this way and men shoot that way,” but rather the sum of all of our different experiences.

Speaking of experiences, have you ever been treated unfairly as a female photographer compared to your male counterparts?

Absolutely—from older male and female power brokers, to my male friends and peers. I can’t say how often I see the disparity. Or how many times I’ve heard a successful female photographer described as a “bitch” because she possesses the assertive qualities that we value in men instinctively. I think it’s especially true for women like myself who are interested in covering subjects related to unrest and violence. I see young men in college photojournalism programs chomping to get out and cover all kinds of hellish situations, but the girls often can’t even admit to themselves that they want to. It even took me a long time, and on the spectrum I’m pretty assertive…People ask me routinely “where the photographer is” while I’m holding my camera. My male friends and colleagues, even those sensitive to these issues, often don’t listen to their female colleagues with the same respect or attention that they do men. In the beginning I had to absolutely scrap to get sent to cover a situation like Venezuela or Ferguson, which might get violent. I’ve never let any of that stop me, but the business isn’t exactly easy to begin with. We need more space for equity in men and women shooting stories in the field.

[This story was originally published in the fall 2016 “Humanity Issue” of Resource Magazine.]