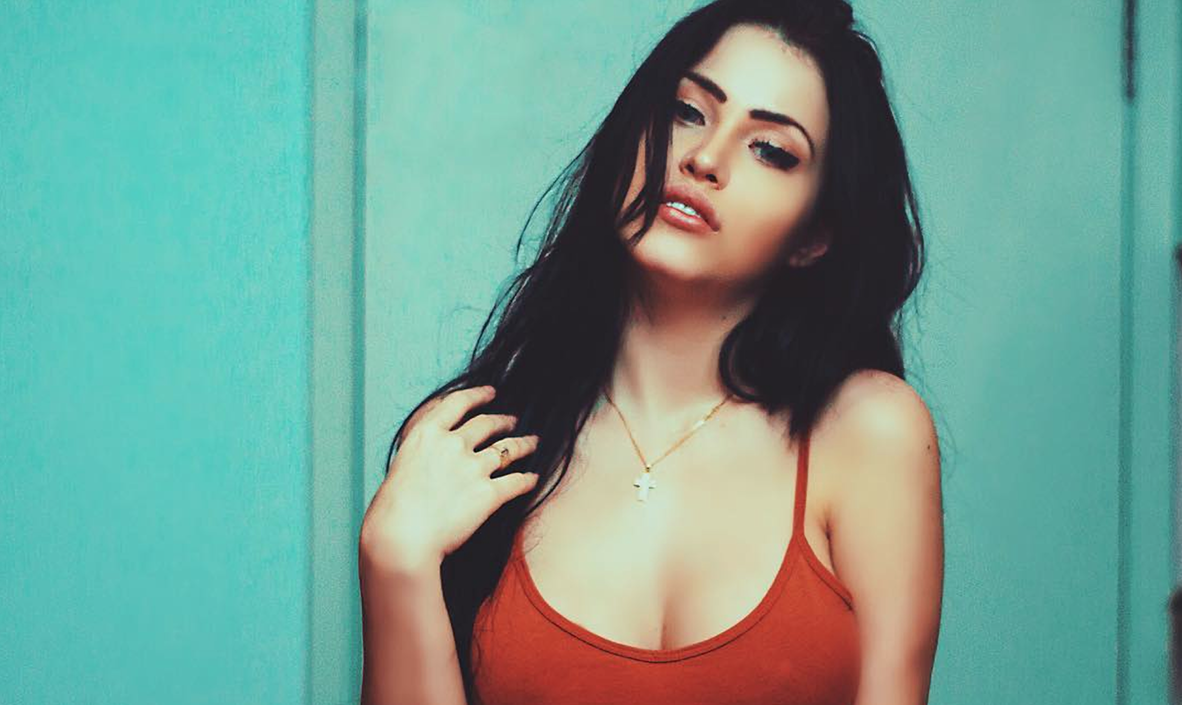 Social media has become a driving force in the way we communicate, promote our businesses, and showcase our personal lives to the billions of people with internet access around the world. Out of all the social media sites, Instagram has given traditional models a new platform to monetize, create a voice, and put a relatable face to the name of a brand, whether promoting their own modeling portfolio or external clients.

Kyla Grandy, 19, who is signed by Ford Models, joined Instagram three years ago. While she became a model after signing up for Instagram, she didn’t use it as a jumping off point for her career. It wasn’t until last year she started using the site to post her modeling photos and get paid for endorsing companies’ products, while some of the brands she’s endorsed include H2Rose, TruSelf Organics, Aline Precious Jewelry, Meiskin, Kulani Kinis and Kapten & Son. 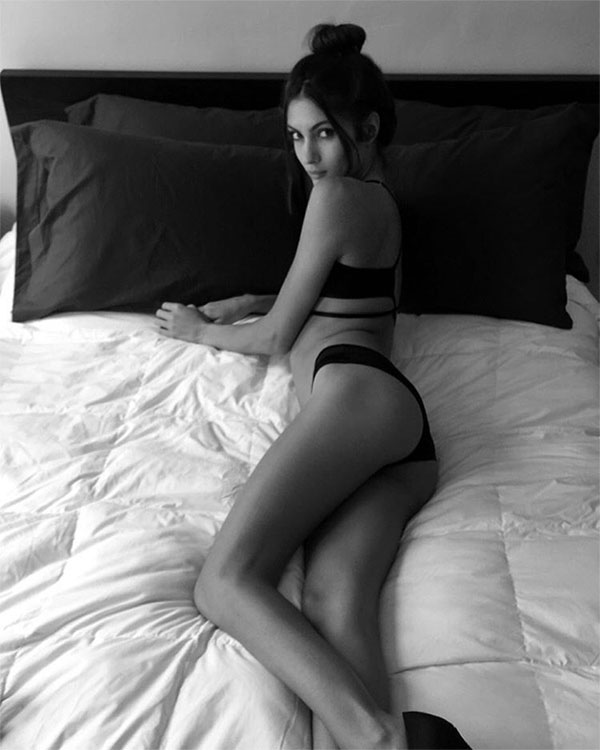 “Working for clients through Instagram is more about the promotion of you and your client,” Grandy said. “Most of my clients through my [modeling] agency are for print work.”

Grandy’s typical day consists of attending photo shoots and castings, along with spending ample time at the gym. She also makes it a priority to take at least one photo a day to post to her Instagram (@kyla.shay), although some days she posts up to three or four. At the moment, Grandy has more than 63.1K followers, and she says the secret to attracting users to click on “follow” is to post about her daily life. “I’ve noticed the more I post about my personal life, where I’m going, what I’m doing, I get more and more followers,” Grandy said. 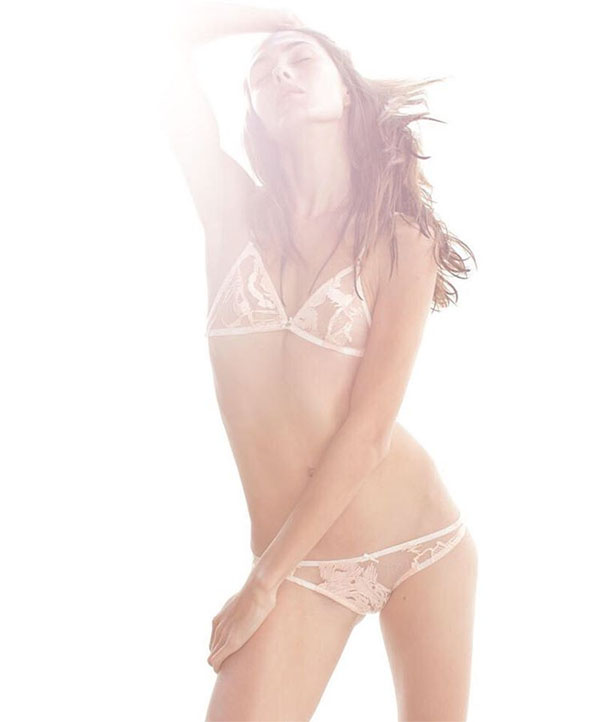 Grandy agrees it’s possible to make a living off of just Instagram modeling, but she says most Instagram models have additional endeavors—aside from modeling full-time, she’s about to start work on a new clothing line. “I would recommend having something else that you do,” Grandy said. “Being on your phone all the time can wear on you.”

To avoid getting exhausted from being plugged into social media, Grandy only uses it for about an hour or two each day. There are instances, however, where she goes over this limit, especially if she’s doing a takeover for a client or Snapchatting at a photo shoot.

In recent years, social media has stirred an outcry from the modeling community after 19-year-old Australian model Essena O’Neil made global headlines by publicly quitting Instagram, YouTube, and Tumblr in 2015, saying she wanted to prove that “social media is not real life.” She revealed that many of her photos may have looked effortless, but were really derived from hours of shooting and hundreds of shots. “I was miserable,” she said in a YouTube video. “I spent hours watching perfect girls online, wishing I was them.”

This begs the question of whether platforms like Instagram, more than ever before, are perpetuating unrealistic portrayals of the female body. And unlike other forms of media such as print advertising and television, social content can be viewed, scrutinized, and commented on in perpetuity. On the other hand, though, companies are arguably realizing that unwarranted retouching hurts their message. Even brands such as Pantene, Dove, and Nike have released digital ads intended to empower women. 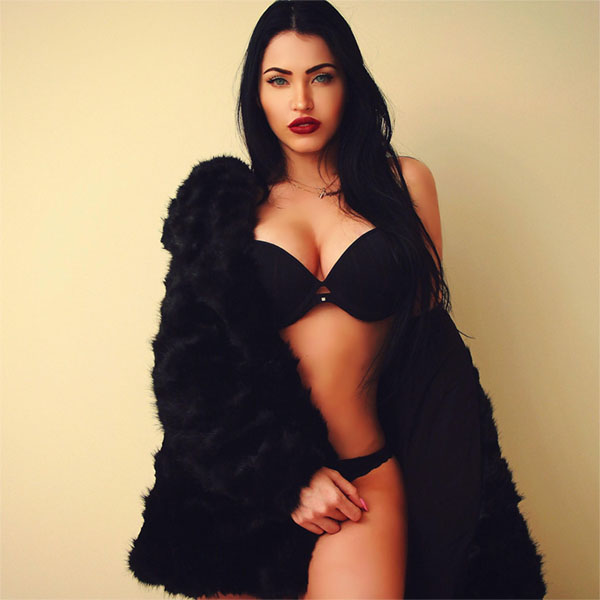 That said, while social media opens new doors of expression, with this comes new channels of idealism and media pressure. So is becoming an Instagram model a healthy, viable occupation, or will more and more users begin to share in O’Neil’s experiences?

Brazilian model Claudia Alende (@claudiaalende) has an uncanny resemblance to actress Megan Fox, and a whopping 8.5 million followers. She began posting on Instagram in 2014 as a contestant for Miss BumBum Brazil, a contest for the most “beautiful booty,” in which she took second place. 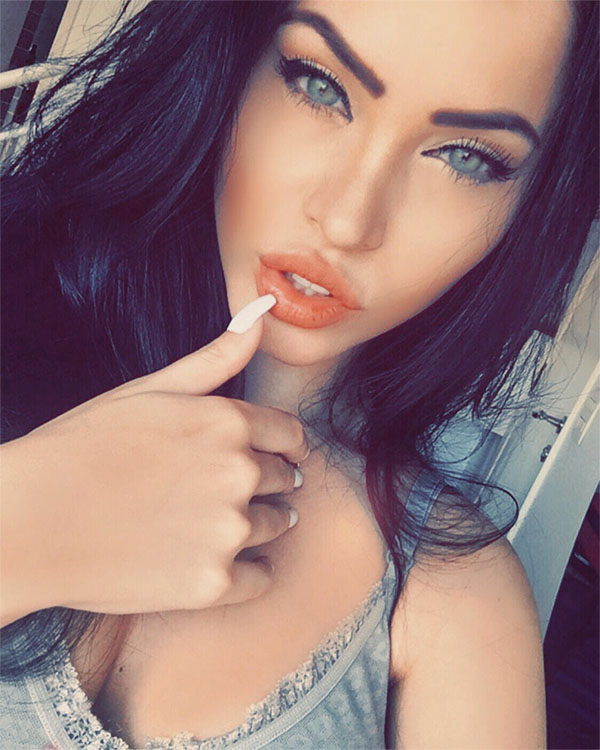 The 22-year-old model has endorsed products for beauty, fitness and clothing brands on Instagram, and currently gains exposure for companies like Protein World, SugarBearHair and Jetsmarter. Aside from her Instagram fame, Alende has also been featured in several magazines and other media outlets.

“I think modeling on Instagram is much easier because you can make your own schedule,” Alende said.

Alende’s schedule generally consists of her checking all her social media sites when she wakes up, then attending photo shoots and occasionally television shows. In all, she says she spends approximately three hours on social media a day, and is sure to post one photo a day to Instagram. She currently resides in São Paulo, Brazil, but travels often to Europe and the US for work. 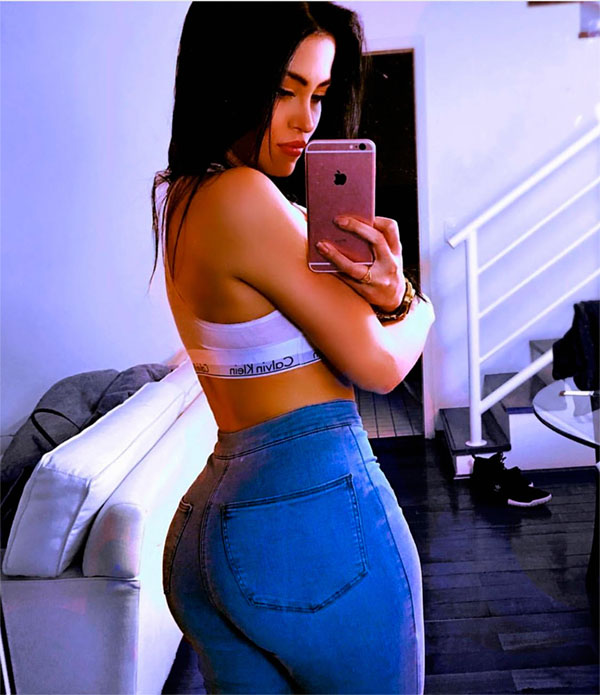 While traditional models may use Instagram to rack up followers to promote their careers, the outlet has given people who live more modestly the opportunity to feel glamorous and make a name for themselves while endorsing products online as well.

Waseem Khan, who is also based in Los Angeles, is less of an actual model and more of an influencer, meaning he mostly posts content to advertise the merchandise of other businesses. He’s worked on several successful campaigns, such as Hewlett Packard, Frank & Oak, Titan, Diadora, along with other online brands. 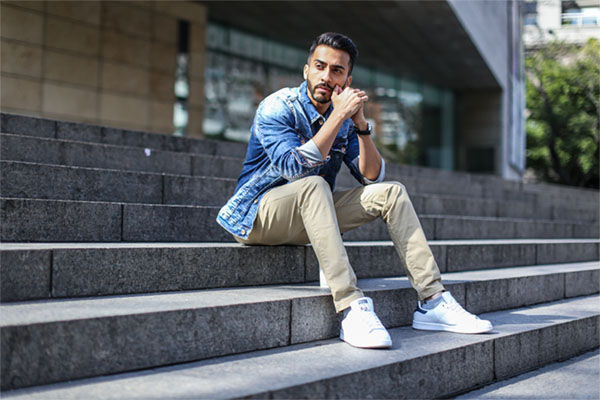 The 32-year-old joined the mobile photo-sharing site in 2012, but didn’t begin working as an influencer until early 2015. For Khan, Instagram did lead him into the world of modeling and promotion, and encouraged him to post photos of himself in various outfits.

“The last thing Instagram needed was another fashion blogger and insta-model,” Khan said of when he first contemplated delving into the newfound industry. “I still don’t consider myself one. I can just dress myself, so I started out posting photos of my outfits. As the traction picked up, so did the quality and frequency of the posts.” 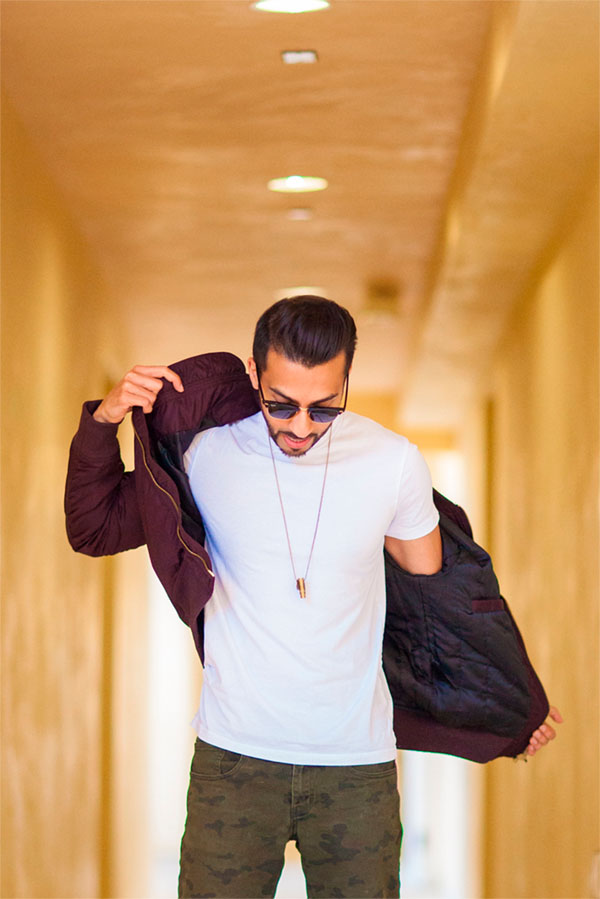 Besides working as an Instagram influencer, Khan’s other career pursuits include record producing and serving as the director of brands for the social ad agency theAudience. He’s written and produced international artists Mickey Singh, Samad, and is currently crafting singles for Jacob Jobe.

An average day has Khan spending over four hours on social media, although he usually only posts one photo a day. In addition to this time, he says the behind-the-scenes work can also be arduous. “You only see a 1×1 photo on your phone,” Khan said. “You don’t see is the location scouting, the wardrobe prep, the photo shoot, the photo selection, the retouching, the copy writing. It’s a lot of work.”

Khan’s wife, Irene, who is a photographer and beauty blogger, snaps most of his photos, unless, of course, he’s taking a selfie.

“iPhone selfies will forever perform better on my page than any professional photo,” Khan said. “There’s something relatable and familiar about an iPhone selfie that generates likeability.” 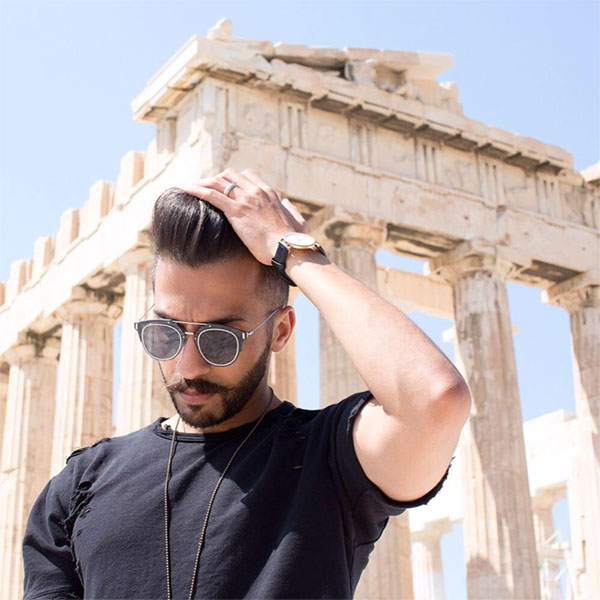 Khan stresses the importance of focusing on a more single-minded angle when creating social content. It’s better to target the individual rather than a certain group of people, which is normally the strategy of print ads and other offline mediums.

Right now Khan’s account (@waseemstark) has 27.4K followers, a somewhat of a humble following compared to more established full-time influencers and models. “My audience is relatively small,” Khan said. “They are highly engaged with my content though, so brands see great value in that. Getting people to view your content is one thing, getting them to engage and take action is something else.”

Another advantage for Khan staying up to date with his social content is cross-promotion between fans of his Instagram photos and his music career.

Instagram has given models and entrepreneurs a digital stage to showcase brands and attract more followers to view their modeling portfolios or expose them to their business ventures, however, some popular Instagram superstars, like Jen Selter, have transformed themselves into the brand they are promoting. 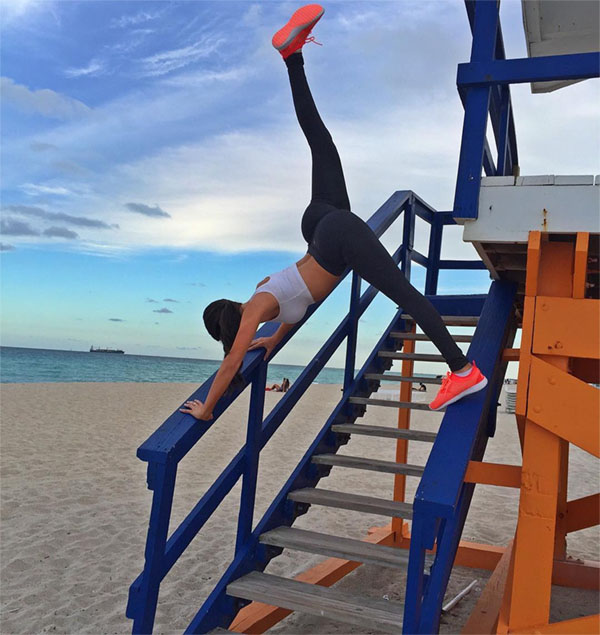 The 22-year-old fitness guru, who can be found @jenselter on Instagram and is based in New York City, currently has 10 million followers and began posting photos in 2012. Through her posts she sets out to inspire others to get healthy, stay fit and enjoy life by posting photos of her working out, eating a balanced diet, her travel experiences, and her day-to-day lifestyle. She also includes links to her workouts and nutritious recipes.

“I’m proud to say that I was one of the first to use and embrace Instagram as a modeling platform,” Selter said. “I don’t consider myself a fitness model though. I prefer to consider myself as a ‘fitness inspirer.’”

Selter works with many clients, such as Alo Yoga, Pantstore, Modell’s and more, offering a few lucky followers a chance at free giveaways of products like these each week when they use the hashtag #JenSelterChallenge. This encourages her followers to be consistently interactive and spread the word to their friends. 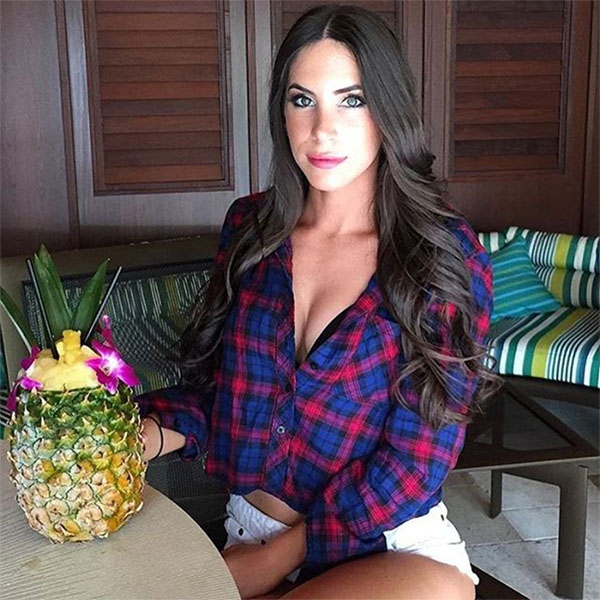 While Selter has numerous followers, she surprisingly only posts about three to four photos a week, but also has photo shoots two to three times a week. She has daily meetings with her team to brainstorm ideas on how to incorporate her clients, and how to decide on what motivating messages to spread to her audience.

“I’m grateful that I have the opportunity to take photos in cool places like Mexico and Central Park, but I’m not a glammed up, plastic supermodel,” Selter said. “I’m not perfect, and I think that’s more than apparent in my photos. I work very hard for my body and I think that’s relatable and people can connect with it.” 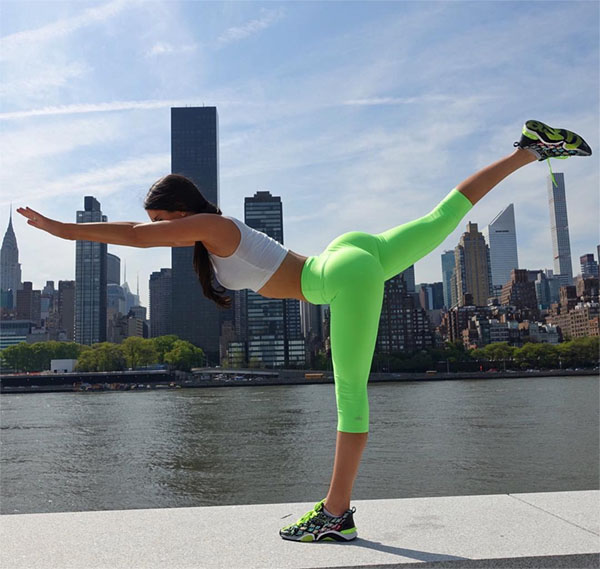 One aspect of being a viral Instagrammer Selter doesn’t deny is that there will always be negative people out there who are not as receptive to her positive messages and photos as are her loyal followers.

“There are so many haters online, and there will always be haters,” Selter said. “But hearing from my fans about how much I’ve helped them and inspired them to live a healthy lifestyle is why I keep posting what I post.”

[This story was originally published in the summer 2016 “Social Media Issue” of Resource Magazine.]