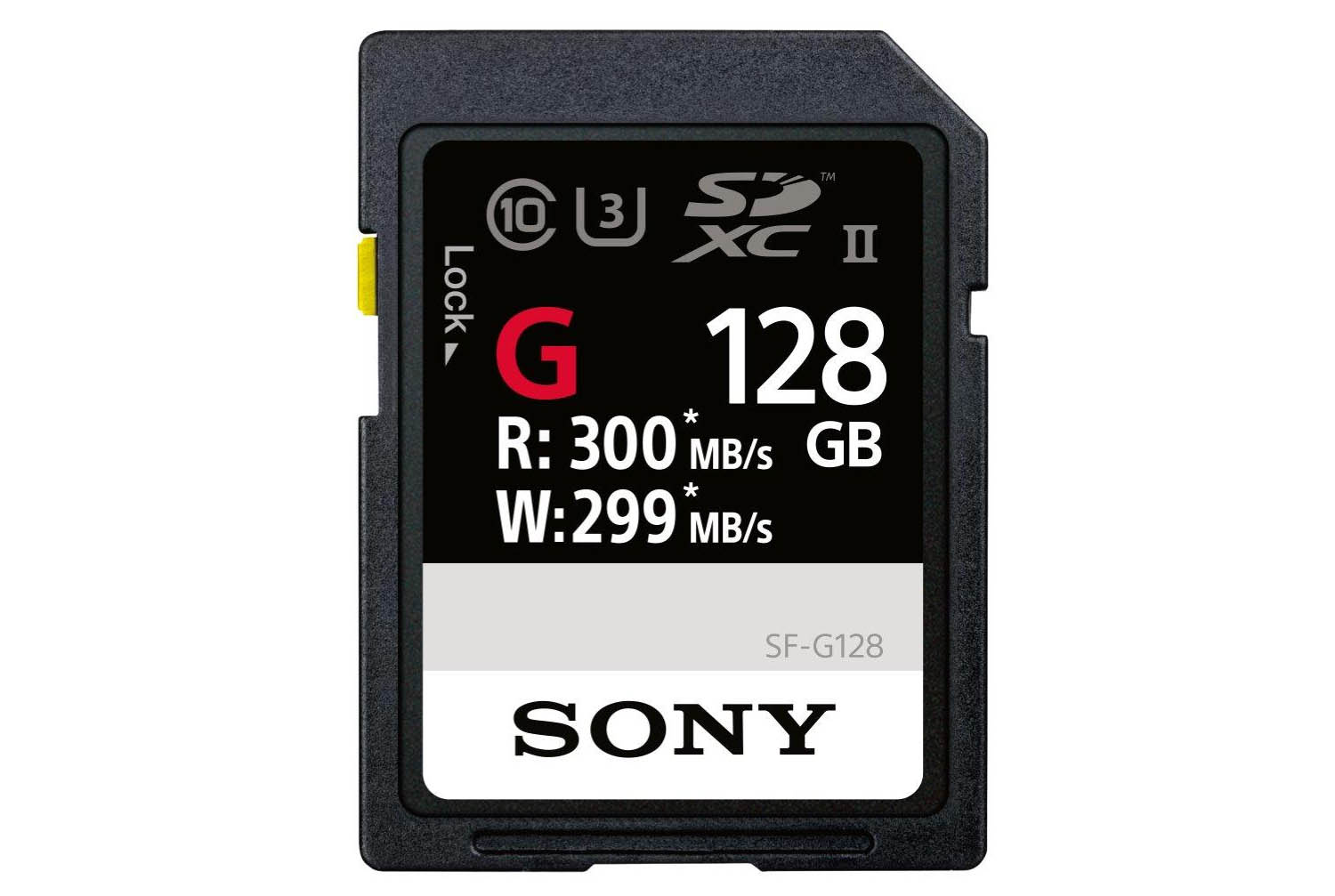 As the need for more memory space continues to climb, Sony has released a new SD card that is expected to accommodate. The new SF-G Series UHS-II SD cards are said to perform more quickly and efficiently than any other card we have seen, with an unprecedented write speed of up to 299 MB/s and read speed of up to 300 MB/s, enabled by Sony’s firmware.

Other prominent qualities include water proof build and anti-static capabilities, but it’s important to note that these speeds can only be utilized on UHS-II supporting cameras. Sony also offers free File Rescue downloadable software to allow for easy recovery of photos and content. The company will also be releasing a high speed SD memory card reader for use with the SF-G series, allowing ultrafast transfer to a PC with a USB3.1 Gen1 Interface.

“The SF-G Series offers options that ensure high-performance, high speed and reliable shooting,” said Viviano Cantu, Vice President, Product Marketing, Sony Americas Media and Energy Group, in a press release. “As the continuous shooting of higher-resolution images and adoption of 4K video with DSLR and mirrorless cameras increases, the inherent need for larger, faster and more dependable cards becomes apparent. A longtime leader at the forefront of professional media, Sony has met these growing demands with the debut of the SF-G Series, which offers industry leading performance.”