Manfrotto Founder Passes Away At 80

Manfrotto is probably best known in the US for their tripods and heads, but they are also a major player in the global photography industry, with bags, lights and much more. And it all wouldn’t have been possible if Italian photojournalist Lino Manfrotto wasn’t designing light stands, booms and telescopic rods in his garage back in the ’60s. Sadly, the enterpreneur from Vicenza passed away Sunday morning. He was 80 years old.

In the 1960s, Manfrotto found the industry neglecting basic accessories for convenient photography. His designs quickly caught on, and when he met mechanical technician Gilberto Battocchio in 1972, the leap from garage assembly to mass production was made in a matter of years. In 1974, the company introduced its first tripod. By 1986, Manfrotto had six production plants, and established five more plants within the next two years. 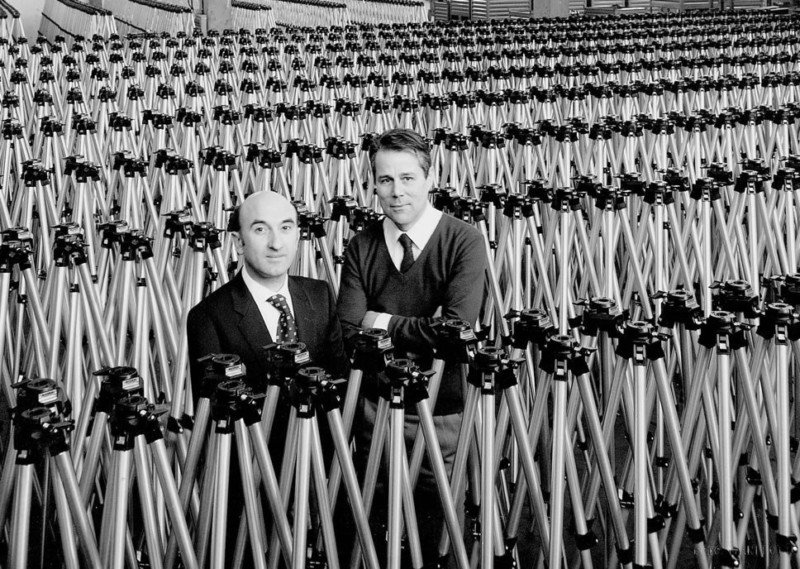 Battocchio (left) and Manfrotto (right) in 1976.
photo via Manfrotto US

When the advent of digital cameras started to undermine the photography market in the 1990s and 2000s, Manfrotto continued to be a forward-looking businessman. Choosing to strengthen his business and put it in step with the times, Manfrotto expanded from the market of stands and tripods to the production of LED lights, bags and other specialized accessories, like backpacks for drones, specific product lines for women, table tripods for smartphones, and so on.

Manfrotto became part of the English Vitec Group in 1989, which also purchased the French company Gitzo in 1992 and the American company Bogen Photo Corp. in 1993. But Vitec Group Plc. chose to maintain the separate brands as separate lines in its portfolio.

Manfrotto products are currently distributed in Germany, France, Italy, Japan, Canada, the UK and the United States. It sells over 130 million products annually and has 735 full-time employees. Rest in peace, Lino Manfrotto.