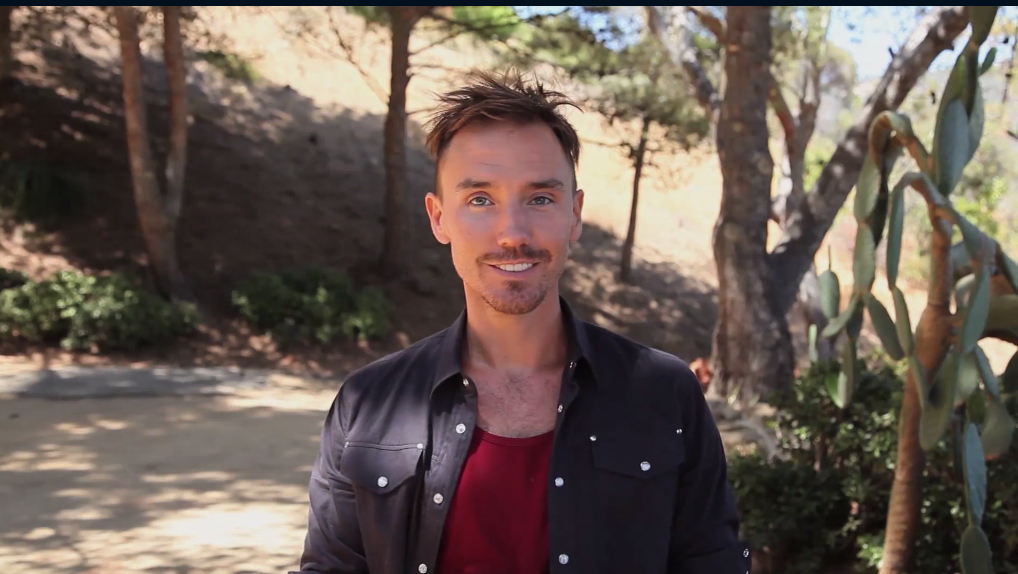 Rob Stewart, the filmmaker behind the documentary series Sharkwater, disappeared on Jan. 31 after a diving session in the Florida Keys for Sharkwater 2.

According to a Miami Herald article, Stewart, 37, was diving with a friend off the coast of Lower Matecumbe Key, near Alligator Reef in about 225 feet of water. They were using closed-circulation rebreathing dive equipment in place of the traditional scuba tanks, which are open-air circulation. The pair resurfaced around 5:15 pm, and the Stewart’s friend was pulled onto the diving boat and passed out. When the crew on the boat went to retrieve Stewart, he was gone.

Sea Shepard, a conservation group Robert was with, said they believe he might have passed out and floated off. His sister, who is located in Canada, said she is worried his floatation device isn’t fully inflated. She told CBC Toronto Wednesday morning the time to find Stewart is crucial.

“We’re in the critical window of daylight right after he’s gone missing where, if we’re going to find him on the surface — where we’d like to find him — it’s going to be today.”

Rebreathers are ideal when filming under the water, however the safety of the diver is somewhat compromised when choosing not to dive with conventional scuba tanks.

The Coast Guard Station Islamorada, Air Station Miami,The Monroe County Sheriff’s Office,Wildlife Conservation Commission, divers from theKey Largo Volunteer Fire Department and many others are aiding in the search for Stewart. It has not been estimated how long the search will continue.

His friends set up a GoFund Me page where you can donate to the efforts to find Stewart. 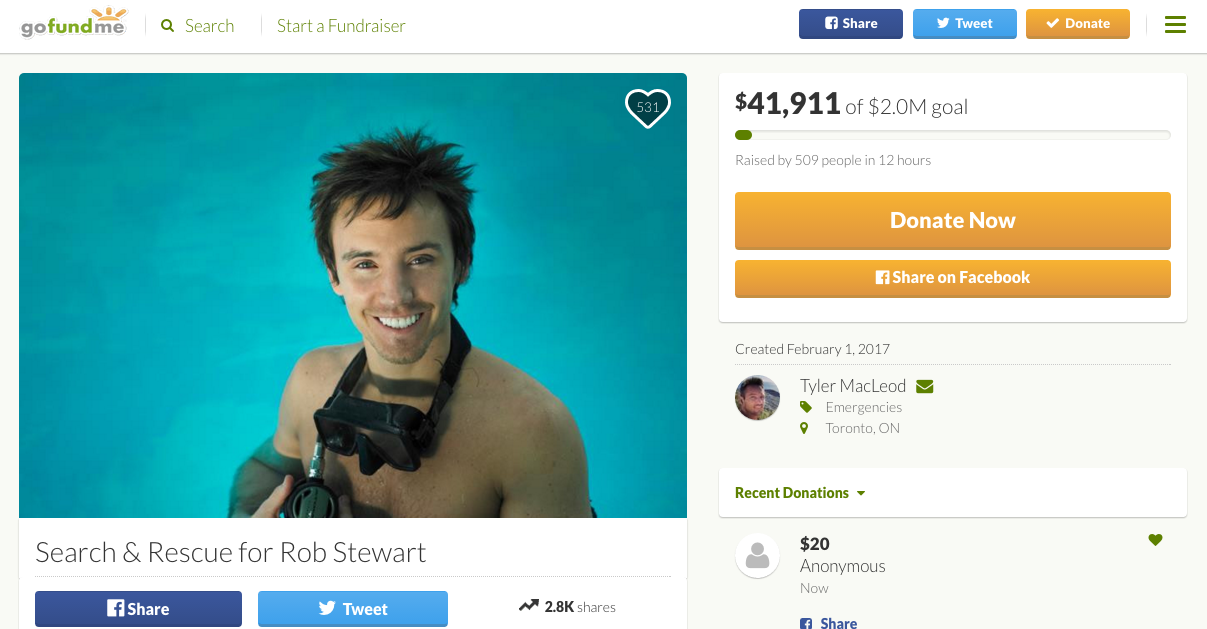 The second installment of Stewart’s film Sharkwater began filming in December 2016. He and his group started a Kickstarter campaign to speed up the process of filming the documentary. Stewart has a passion for filmmaking and protecting the world’s most powerful creatures. There is a stigma sharks are violent and terrifying creatures, but through these films, Stewarts wants to highlight the importance of sharks in our ecosystem and expose those trying to make them go extinct. Check out the video for Sharkwater 2 where Stewart goes on a quest to find 80 million missing sharks and uncover the multi-billion dollar industry that has made us become a part of the greatest wildlife massacre ever known.

Sharkwater, Stewart’s first installment in the documentary project, changed the way others view sharks and made the 24 million people who watched it want to do something to protect the species. Stewart’s next film wants to inspire even more people to get involved in the cause. If you want to contribute to the search of Rob Stewart, donate to his GoFund Me page.