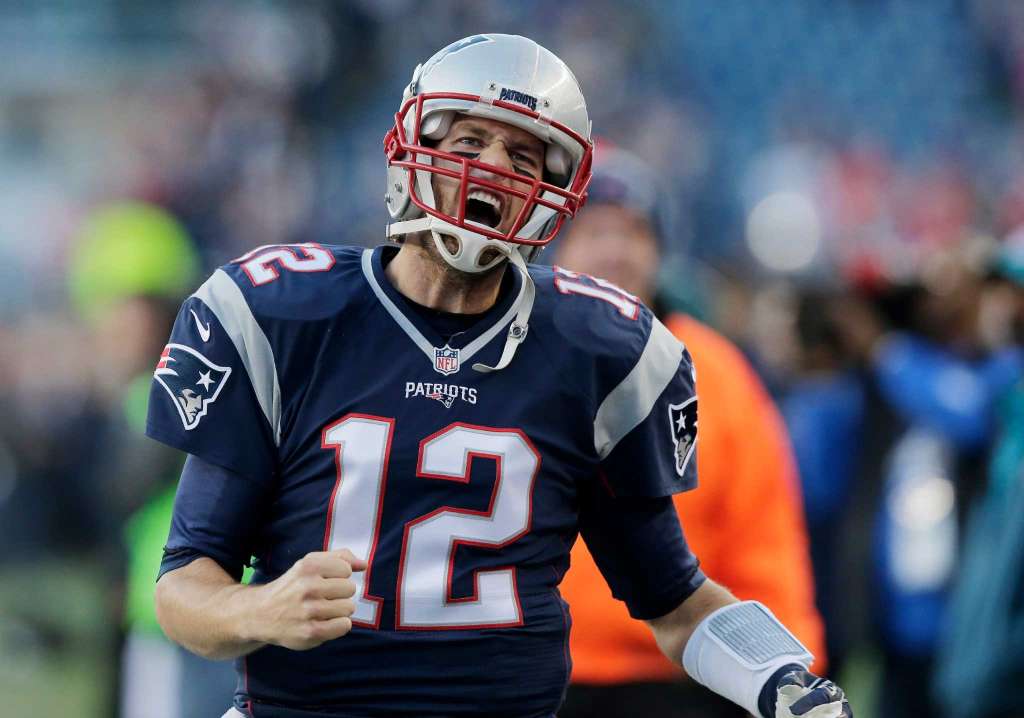 It’s that time of the year again folks. Superbowl Sunday LI, the day where you can sit on your couch, drink beer, eat a ton of wings and enjoy the greatest spectacle in America’s history. This year, there is a great lineup of ads that are definitely worth watching. Here’s the best Superbowl 2017 commercials ranked.

You know that relatable moment when you’re trying to put together a website, but while you’re doing that, your business gets hijacked by mobsters and Jason Statman and Gal Gadot have to fight them off while you’re busy? Yeah, me too. Make sure to check out this badass, action packed commercial during Superbowl LI.

Who’s a better duo than Jeffrey Tambor and Rob Gronkowski? I certainly can’t think of anyone. There are three parts to this hilarious interaction at “Gronk’s Cleaners” and trust me, you’re going to want to watch all three.

Yay Audi for female empowerment! Always nice to see a Superbowl game day ad that highlights the importance of equal pay and progress for women. The Superbowl doesn’t have to just be enjoyed by men.

This Bud Light commercial knows it may be hard sometimes to find the right words, but when one’s friendship with another is strong enough, that’s what shines through. Also in general, this ad is just really cute, simple and the music is a nice touch too.

Poor Humpty Dumpty, he can never catch a break, or rather, he always “breaks” somehow. This time, he falls off the wall doing his taxes because with Turbo Tax, you can do it almost anywhere. My advice would be to maybe rethink about where you do your taxes in order to avoid getting put back together again, also the embarrassment.

Snickers will be making Superbowl history with the first ever live commercial, featuring Adam Driver, a dead cowboy and a horse? Knowing Snickers is behind this ad, we’re all curious and excited to see what is in store, but for now, enjoy these audition tapes.

This ad was directed by Robert Stromberg, Oscar winner for art directing James Cameron’s Avatar and Tim Burton’s Alice in Wonderland, and I have to say, it’s a very bright, happy commercial with a positive, artistic message. Also, John Legend’s soulful voice just ties it all together perfectly.

Who knew a commercial promoting avocados could be so clever and funny? Avocados From Mexico wants everyone to stop leaking their secrets, especially how their nutritionally valuable their product is. No one knows about how this society faked the moon landing, or about Area 51, but with Kyle livestreaming their meetings, who knows how long it will be until nothing is confidential.

Honda’s 2017 Superbowl commercial includes all your favorite celebrities and their adorable, yet embarrassing, yearbook photos. This ad is not just for us to see what these stars looked like before fame, but reminds us that anyone’s dream can come true if you be yourself and continue to pursue what you love.

We all need a hero like Melissa McCarthy. Follow the hilarious actress as she dedicates herself to saving those who need it the most…and failing at it. Put McCarthy in any commercial and it is sure to be an entertaining one.

Nothing is funnier than John Malkovich, an actor who has two movies about him, starred in “Con Air,” and has been in dozens of other films, not being able to claim his own domain name. I mean, who the fuck is behind JohnMalkovich.com, really?

During this commercial, we follow a German immigrant’s  journey and the trials and tribulations he had to face when coming to America, the land of opportunity. Through hate and discrimination, he presses on, and becomes the brains behind America’s favorite beer: Budweiser. This was probably the most anticipated and inspiring Superbowl commercial this year, and it connects to many people in this country with a similar story. That’s why we’re putting this cinematically pleasing advertisement at number one.

That’s what we were able to dig up, but there are always surprise commercials during every Superbowl, so we’ll have to wait and see what’s in store. Want to add to our list? Let us know which Superbowl LI commercials were your favorite this year.