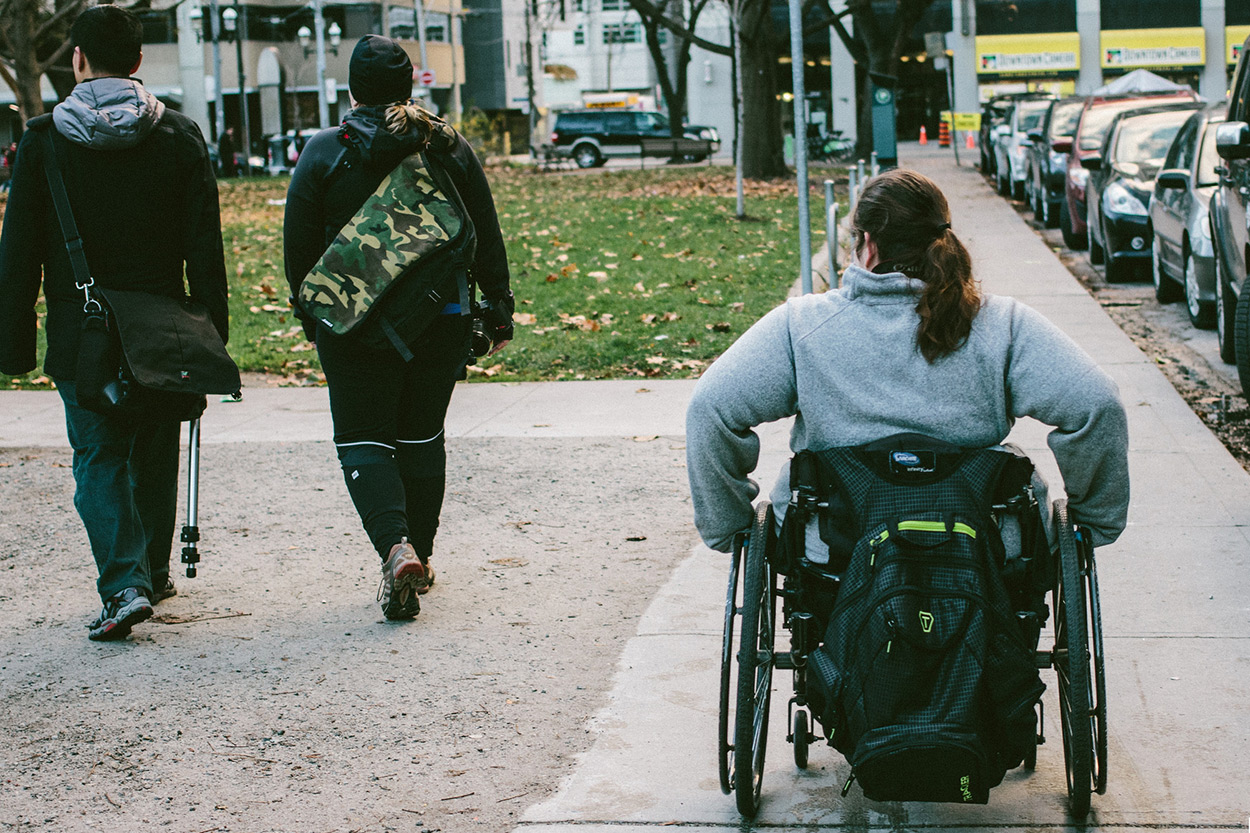 This Photographer’s App is Globalizing Accessibility

Maayan Ziv is a 26-year-old self-taught professional photographer from Toronto, Canada. After earning her bachelor’s degree in Radio and Television Arts, she went on to pursue a career that focused mainly on black and white emotive portraiture, editorial fashion and gritty street scenes. Her work’s been featured on television, in galleries and magazines, and also earned her a Queen’s Diamond Jubilee medal, an award given to Canadians who’ve made significant contributions and achievements to their community and country.

Maayan was also born with spinal muscular atrophy, a type of muscular dystrophy, which causes muscle weakness. But this never kept Maayan from achieving her life goals; if anything, it motivated her. 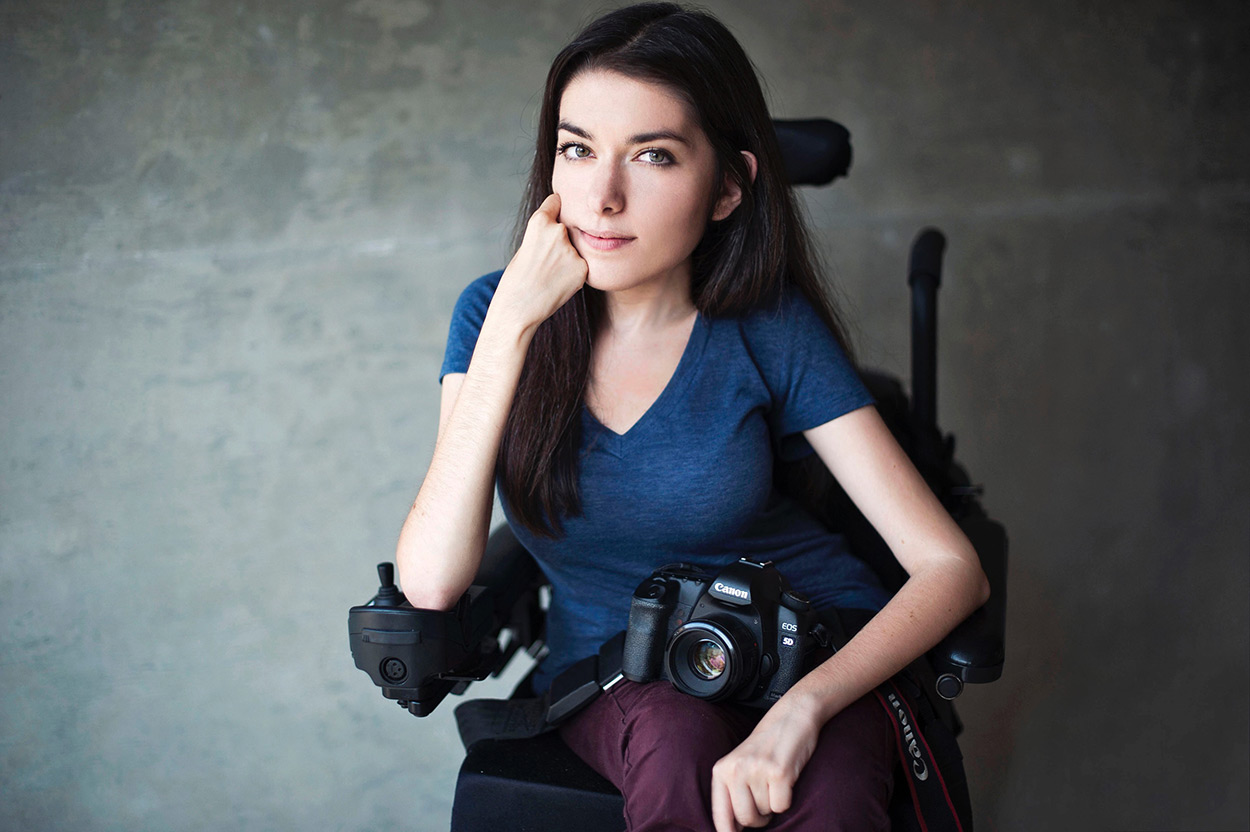 “I always try to find that honest and raw truth in my photography,” Maayan said. “When working with models in my early days, for example, I noticed how they would always arrive a little terrified, because there was no way that this girl in a wheelchair could be taking their photos. They felt like they were in the wrong place. So I had to focus a lot on psychology, on helping people relax, on establishing that level of trust needed to capture that one moment of truth. That’s still my approach today, whether it’s in my street photography or when I’m working with people in my studio.”

Maayan never considered herself a “disabled photographer,” just a photographer with her own perspective on life. Her disability asked her to see and do things differently, which was obviously reflected in her work. “I kind of developed a specific style of shooting, so it eventually became an asset,” she said. “I was always shooting slightly different than everybody else, and that would make me stand out as a photographer. It helped me figure out what makes me unique.” 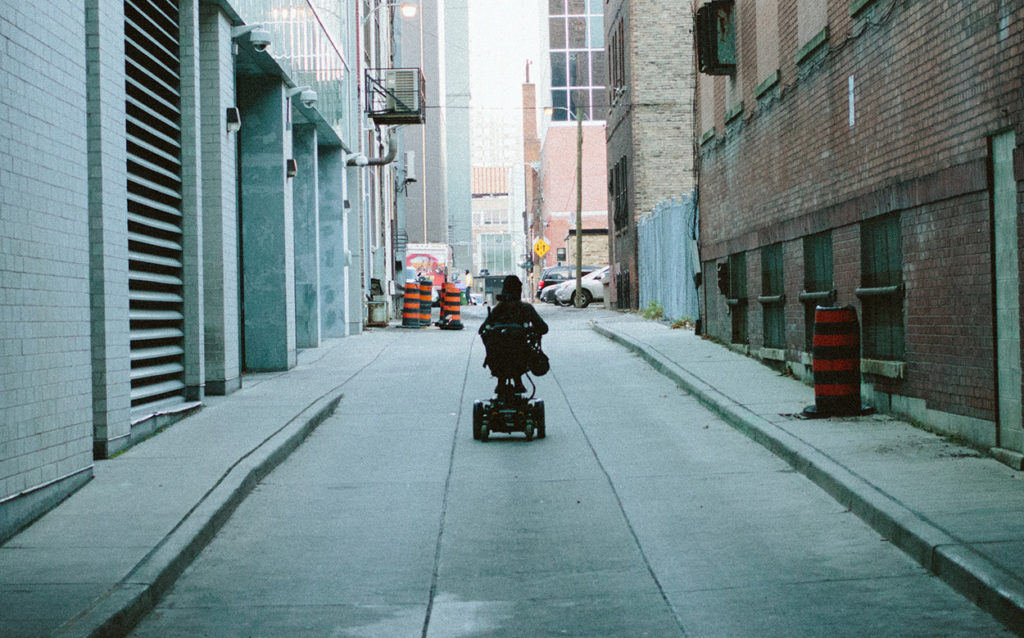 After a few years in the photography business, Maayan decided to go back to school. “I needed to challenge myself further. I had been doing a lot of the same stuff, and I wanted to think outside the box again,” Maayan said. She enrolled in the Master of Digital Media program at Ryerson University, which introduced her to the world of entrepreneurship. The program revolves entirely around solving problems that surround everyday life, and by the end of the first week, Maayan had a genuine “Aha!” moment.

“We wanted to celebrate the beginning of the new year with some off-campus drinks, and there it was again… the question of whether the bar we were going to was accessible,” she said. Maayan immediately realized that this was the problem she wanted to solve. “There are apps out there for everything, from traffic to dating or recipes. But I can’t find an answer to my simple question?” she thought. Maayan then decided to turn these challenges into a global eye-opening initiative, AccessNow. 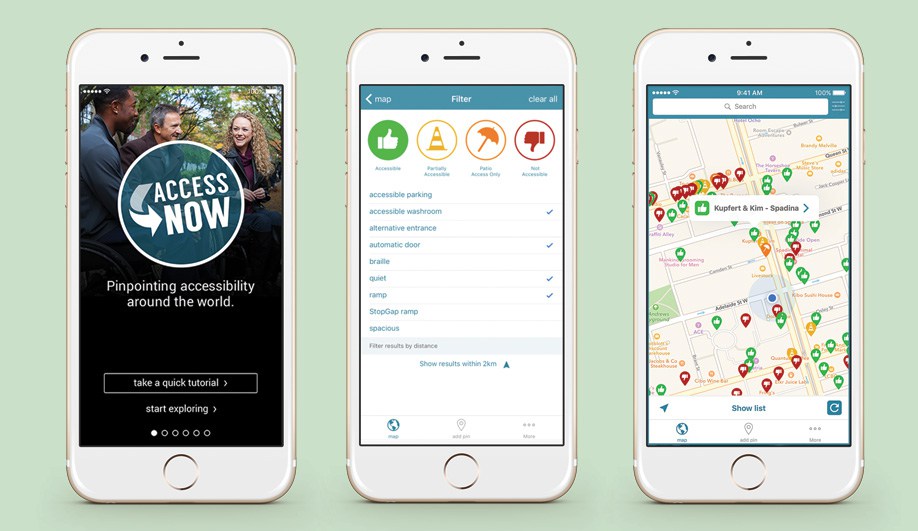 Essentially, AccessNow maps accessibility around the globe. Users can pinpoint a certain place on a map and share the experiences they had there. The app launched during the 2015 Paralympic Games in Toronto, offering Maayan a huge community of people who wanted to get involved; today, there are thousands of people using the app around the world (there’s a web version too). It’s been a great success so far, but Maayan is nevertheless hungry for further growth.

“The more people share what they know, the more useful AccessNow becomes,” Maayan said. “Anyone who recalls places and their accessibility is invited and encouraged to use AccessNow.” But that doesn’t mean the rated businesses and places have taken kindly to the app. For example, companies like American Airlines and Pizza Pizza have pushed back and disclaimed responsibility, but at least “you will always get people thinking.”

In fact, Maayan discovered that a great way to get people thinking was by organizing an “Accessibility Photo Walk.” For years, Maayan had been friends with Evgeny Tchebotarev, one of the founders of 500px—a Toronto-based photo sharing platform and community that reached out soon after she launched her app. They talked about what kind of fusion they could create between the world of accessibility and photography. Eventually, they decided to invite members of the accessibility community to the center of Toronto, and asked them to bring their cameras to photograph stories and experiences that showed what it’s like to experience barriers. 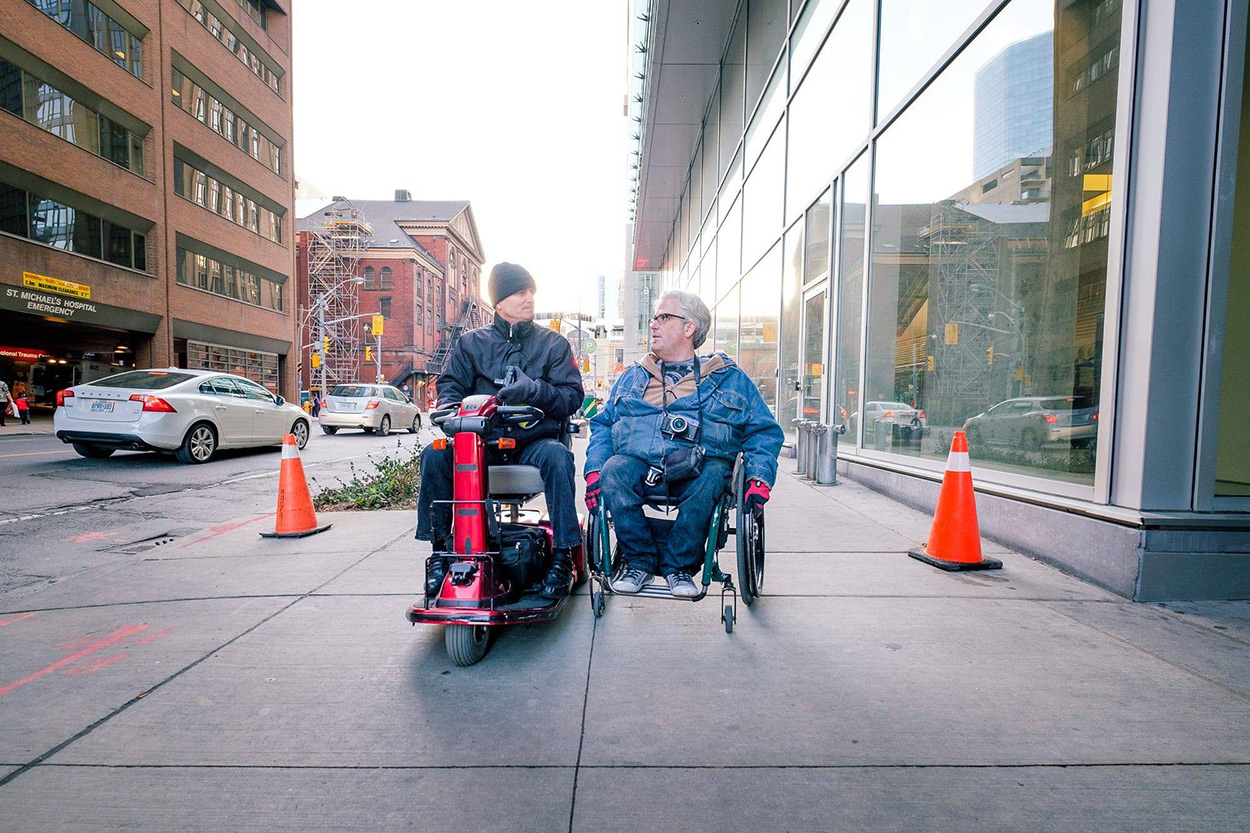 “We definitely hope to do another Photo Walk one day,” Maayan said, adding that she wants the next one to be much bigger. Maayan also wants pictures to play a more prominent role in her app, which will soon be rolled out in an update. “This fusion brings awareness by highlighting parts of lives that people might not always realize are there. It’s what I love about photography,” she said.

Now two years since the launch of the app, Maayan’s only regret is not having that much time for photography anymore. To learn more about Maayan’s cause, check out the AccessNow website and see more images from the photo walks below. 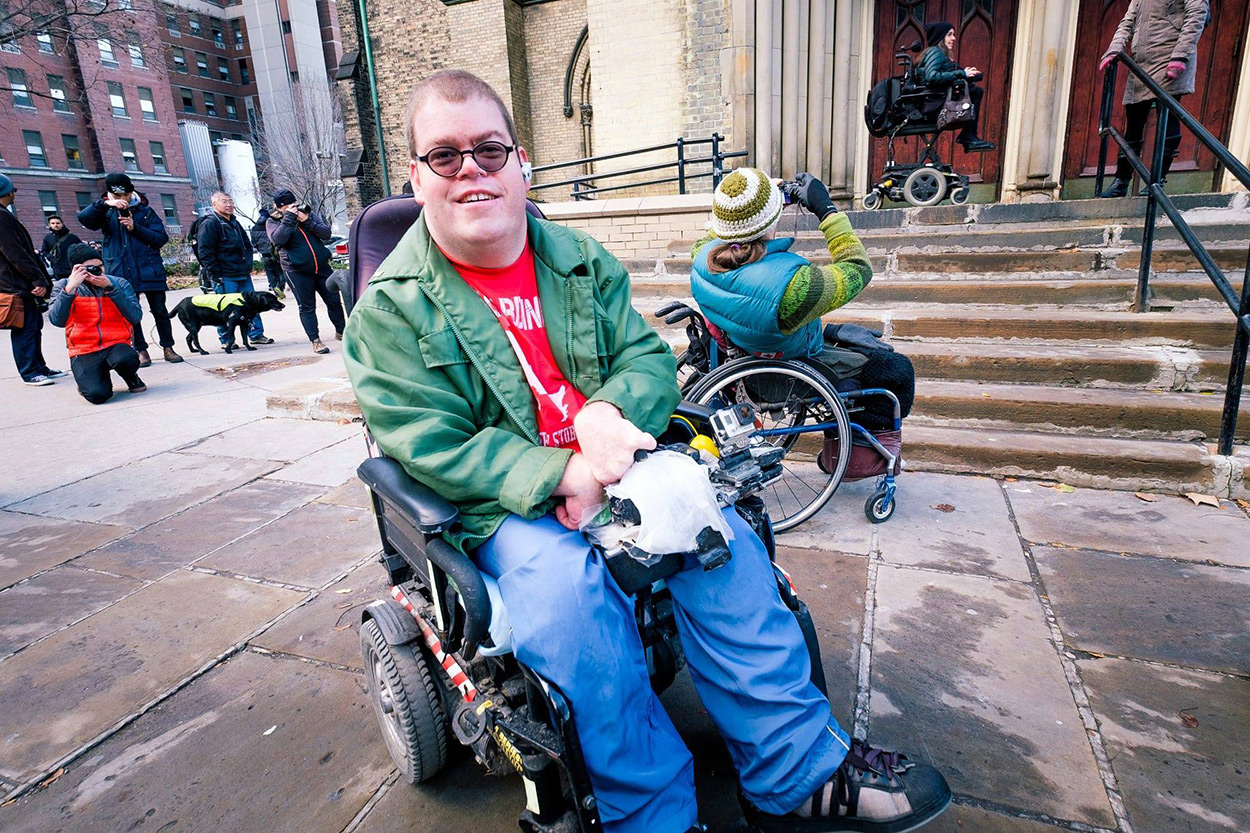 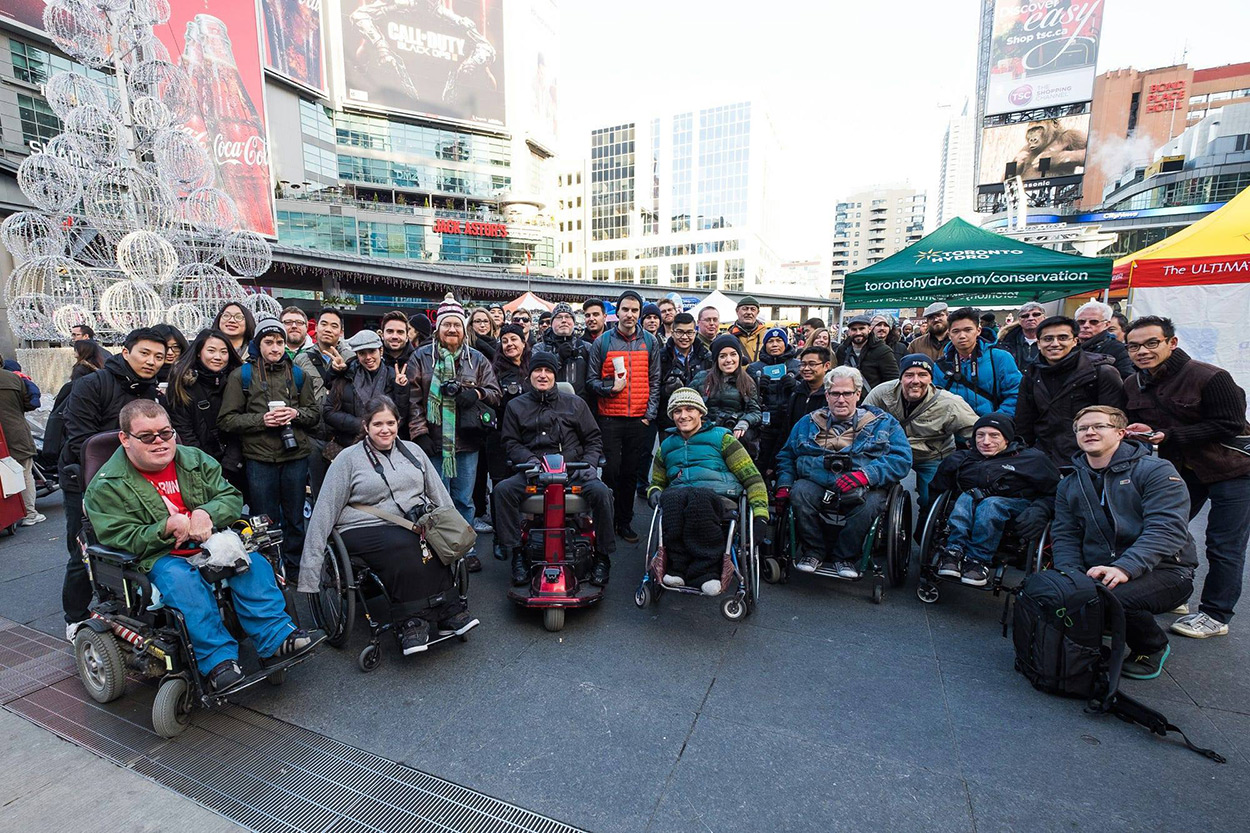 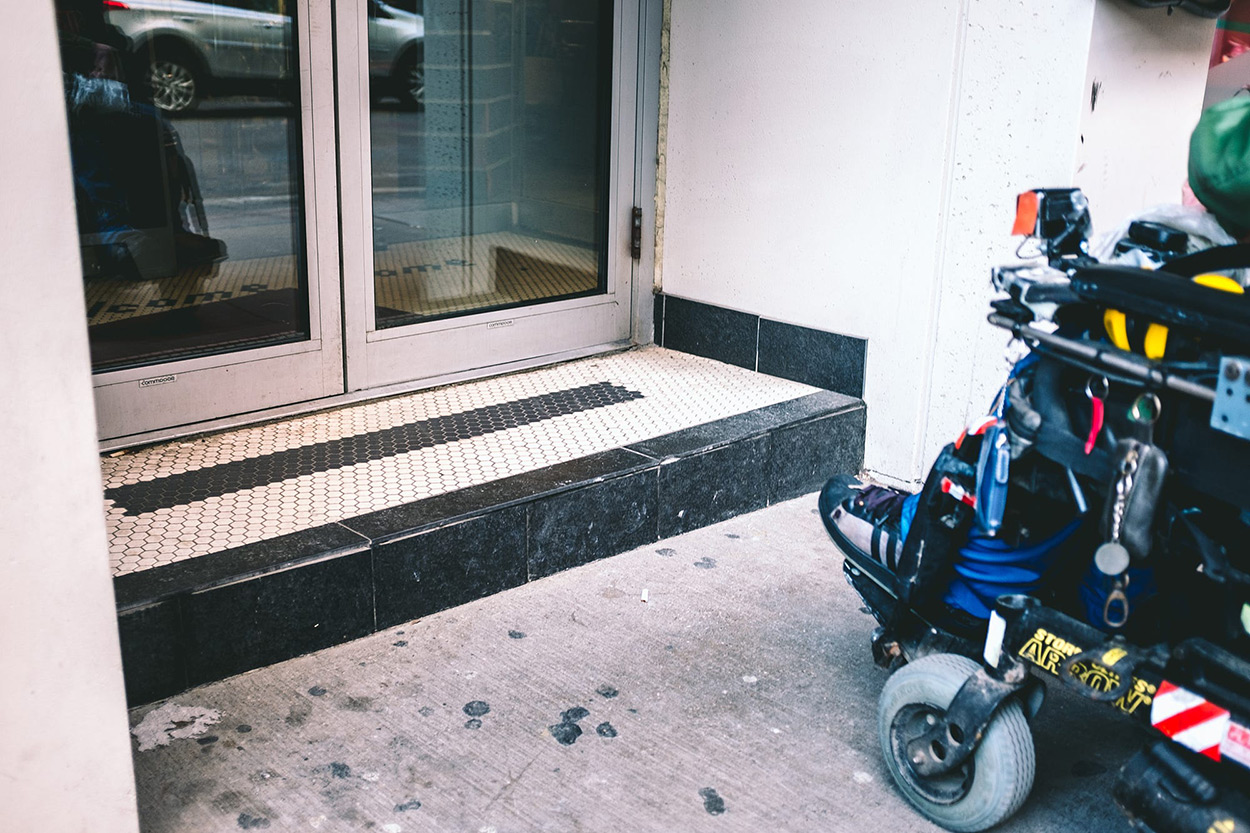 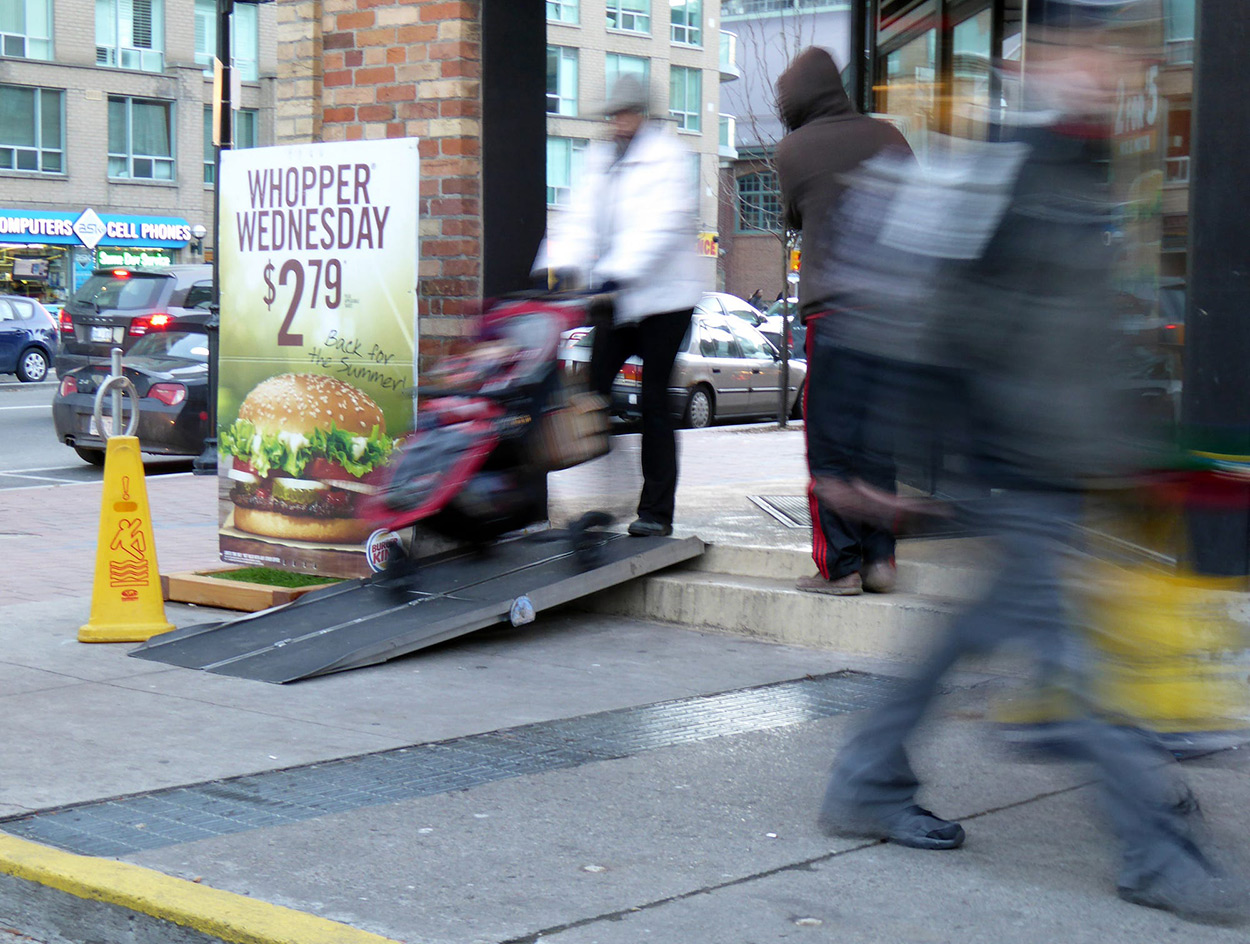