Tea is an acquired taste, but it is an aromatic beverage enjoyed around the globe by many people—well maybe not everyone, according to WatchCut Video’s latest post “American Kids Try Tea From Around the World.”

WatchCut Video, created by Cut.com, is known for its series called “American Kids Try,” where young American “food connoisseurs” try dishes and delicacies from different countries while the crew, and their parents, watch and giggle behind the camera at their adorable reactions.

The creators of Cut feature the kids every week, and their reactions are nothing less than hilarious. Some of the producers’ actual children are in the videos. The channel’s content is “spreadable digital content that is for fun, for serious, and for real.” The American kids have tasted foods and drinks from all over, like international school lunches, Christmas foods and candy from across the globe.

In this most recent episode, the kids are given four types of tea: Chai from India, Bubble Tea from Taiwan, Yerba Mate from South America and Mint Tea from Morocco. Here are some of their reactions, and trust me, they’re going to make your day. 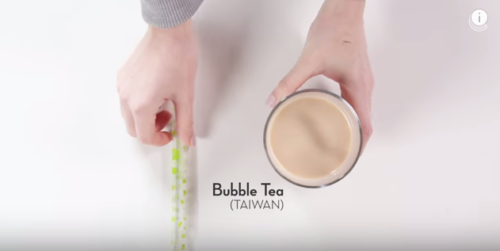 Bubble Tea from Taiwan contains tea, milk, fruit, flavored syrups, and a layer of tapioca pearls at the bottom.

Maddox is excited when he finds out he’s trying bubble tea.

Desmond’s not really a fan.

Ernie just likes to play with the bubbles and make the crew laugh.

Crystal likes the bubble tea, but when she realizes what she can do with the straw, she decides to have a little fun.

Yerba Mate from South America is a caffeinated tea drink containing the dried leaves and twigs of the yerba mate tree.

Yerba Mate receives a thumbs down from Crystal.

Steven is overwhelmed by the smell of the tea while Caroline can’t get over its pretty cup. 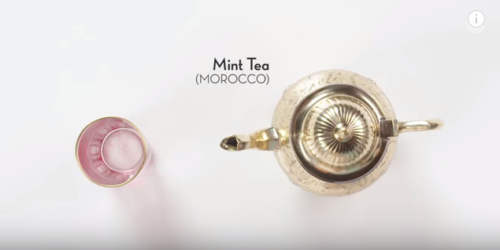 Mint Tea from Morocco contains a type of green tea prepared with spearmint leaves and sugar.

Can you tell how Crystal feels by the disgust in her face?

Desmond thinks this tea should stay in its genie lamp.

What do you think of the kids’ reviews? Share which one of the teas is your favorite and which child you relate to the most.