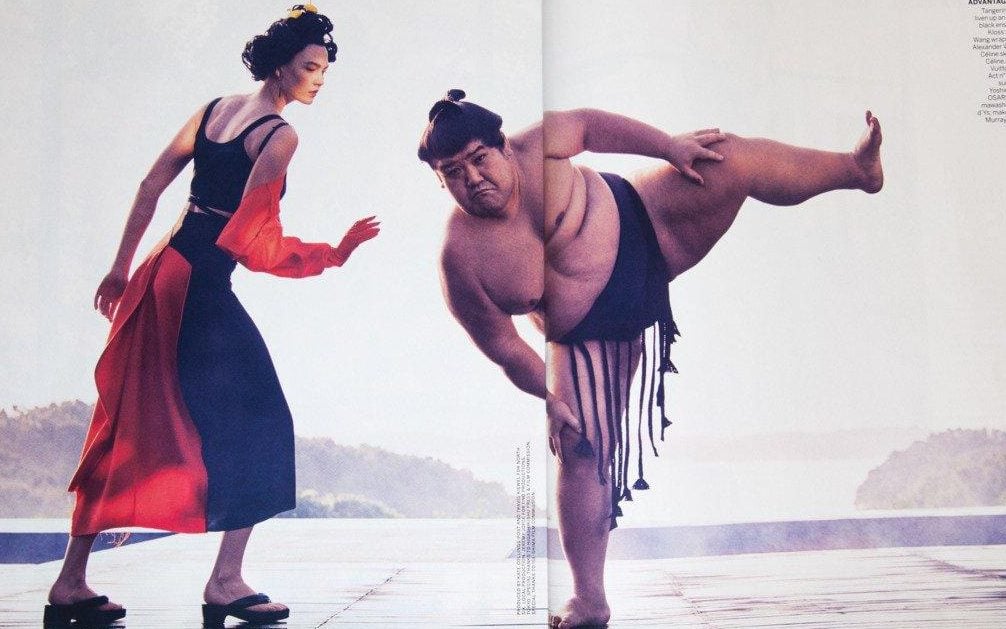 Vogue and Karlie Kloss Under Fire For ‘Yellowface’ Photo Shoot

Vogue is under fire for racism after featuring model Karlie Kloss in its “Diversity Issue” dressed as a Geisha. This comes just day after the publication was heavily criticized after allegedly retouching the cover of its latest issue to make plus size model Ashley Graham look thinner.

The photo shoot took place in Japan where Kloss was posed in a kimono. On the cover, the magazine features Chinese model Liu Wen, which has drawn question as to why an Asian model wasn’t used for the Japanese themed story within the magazine.

The images quickly received backlash via Twitter and other social media platforms, expressing distaste and underlining a theme of cultural appropriation and exclusiveness in what was supposed to be an inclusive “Diversity Issue.”

On the other hand, while Vogue has come under fire, Teen Vogue has been praised for its political coverage and recent shift toward social issues, identity, and activism. See what Twitter’s saying below.

Ooo look Vogue magazine is still continuing to be racist with their ideas and model usage.. wow shocker.

This is why Vogue is cancelled. Their idea of "edgy" is hiring white people to imitate other races instead of just hiring diverse models. https://t.co/29lUkHfjLn

IDAF this was an homage to a 1966 Vogue shoot. Sure, take the visual inspiration—Don't copy the dusty cultural insensitivty from 50 yrs ago https://t.co/gBOKbRugEq

Apparently nobody sent the "yellow face is in fact racism" memo to Vogue. https://t.co/mPK8mDoNYu

Just imagine how many people had to sign off on this and the fact that NONE of them were like "uh maybe not our brightest idea y'all" https://t.co/nouIFHEnp4

The best part will be the forthcoming bullshit apology.

(Also, there must be a pretty serious moat between TeenVogue + Vogue-Vogue, huh?) https://t.co/txz2J9jbhp