For 40 years, Jackie Chan and his stunt team have wowed audiences with their daring tricks, so dangerous that they would break their bones, but all for the art of the film. The original team was formed in 1976, and most members of the group Chan hasn’t seen in 30 years. Until now.

Chan was reunited with his original JC Stunt Team members on a Chinese talk show, and the video went viral late last month, with now over nine million views. There was not a single dry eye in the audience, including Chan himself. So when watching the video, be prepared for the waterworks. 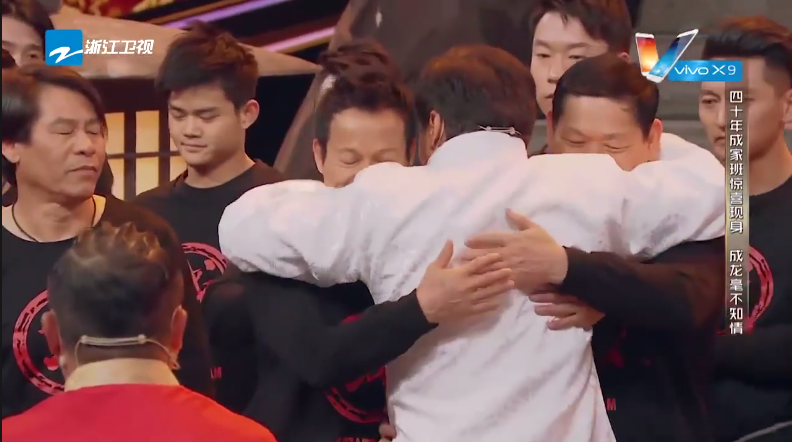 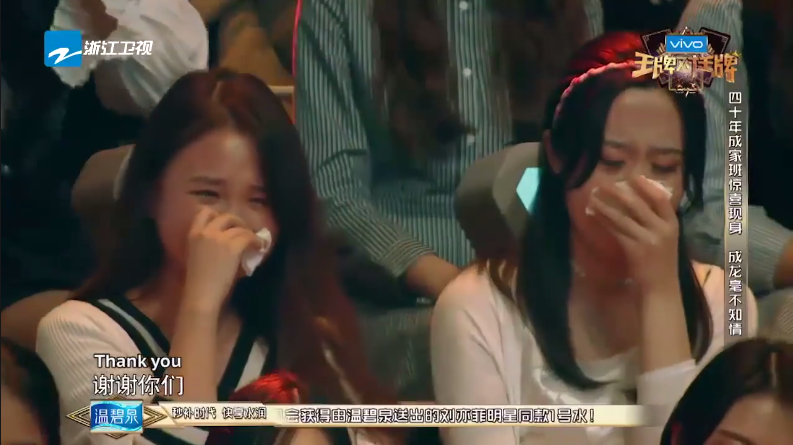 Chan, 62, began his career 56 years ago, and since then has made over 200 films, with favorites such as, “Who Am I?,” “Rush Hour,” and “Police Story.” Chan is known for revolutionizing martial arts in film, creating his own techniques and tricks with his trained stunt team. Not only is Chan a cinema favorite, but to his “brothers,” he is generous and loyal to them, as well as to his craft.

The team said they were grateful for the opportunity to work with Chan, who they call the “elder brother.” The team has become a family to Chan; to one member, he helped pay the downpayment on his house with the little money he had, he gave another his jacket in the cold, and he even bought a brother a car. If the stories the stunt team tells about Chan doesn’t make you love him even more, I don’t know what will.

“For forty years we’ve been through thick and thin. Fractured bones, broken limbs. Sent to hospital at 5 or 6 in the morning, no one sees that at the theater. Even as I receive the academy honor award, the Oscar is shared among us. To this day, we were able to make a name for ourselves. The JC stunt team has grown for seven generations. You see each of us getting old. I too am getting old. You can see each class grow and learn. You see them rising up.”

The team has been through a lot together, and Chan gives them credit for his success. He received an honorary award at the 2016 Governors Awards for his achievements in the industry, and during his speech, he made sure to give recognition to his team. Chan has become an inspiration for Chinese audiences and those who aspire to make it in film just like him. Keep on Kung-Fu fighting Jackie Chan!