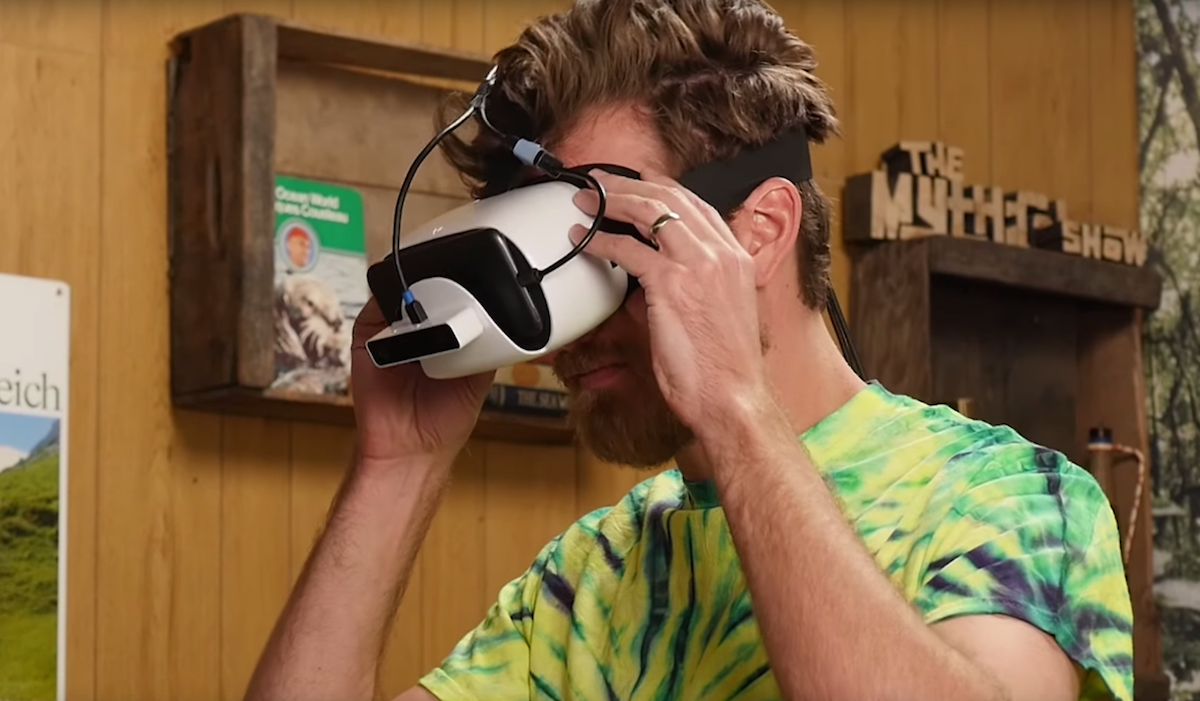 YouTubers Take ‘The Mannequin Challenge’ to a New Level With VR

YouTubers Rhett and Link asked their fans on their channel, Good Mythical Mornings, “What would you do if you could switch bodies with your best friend?” Their followers were quite vengeful in their responses. But thanks to VR technology, the Youtubers have been pulling similar tricks on each other, without the risk of harmful and permanent results.

Referring to this very true and unfortunate story.

In a recent video, the two friends give the Mannequin Challenge a whole new meaning by using a mannequin to help create the effect of switching bodies. Link dresses up in the same tie-dye shirt and black leggings as the test mannequin used in the video, and both strap on VR headsets before creating a connection between the two feeds. So the mannequin is experiencing what Link sees and vice-versa. Then Rhett and his assistant, Chase, cement the link between the very real human body and the mannequin by simultaneously raising the arms of each test subject. 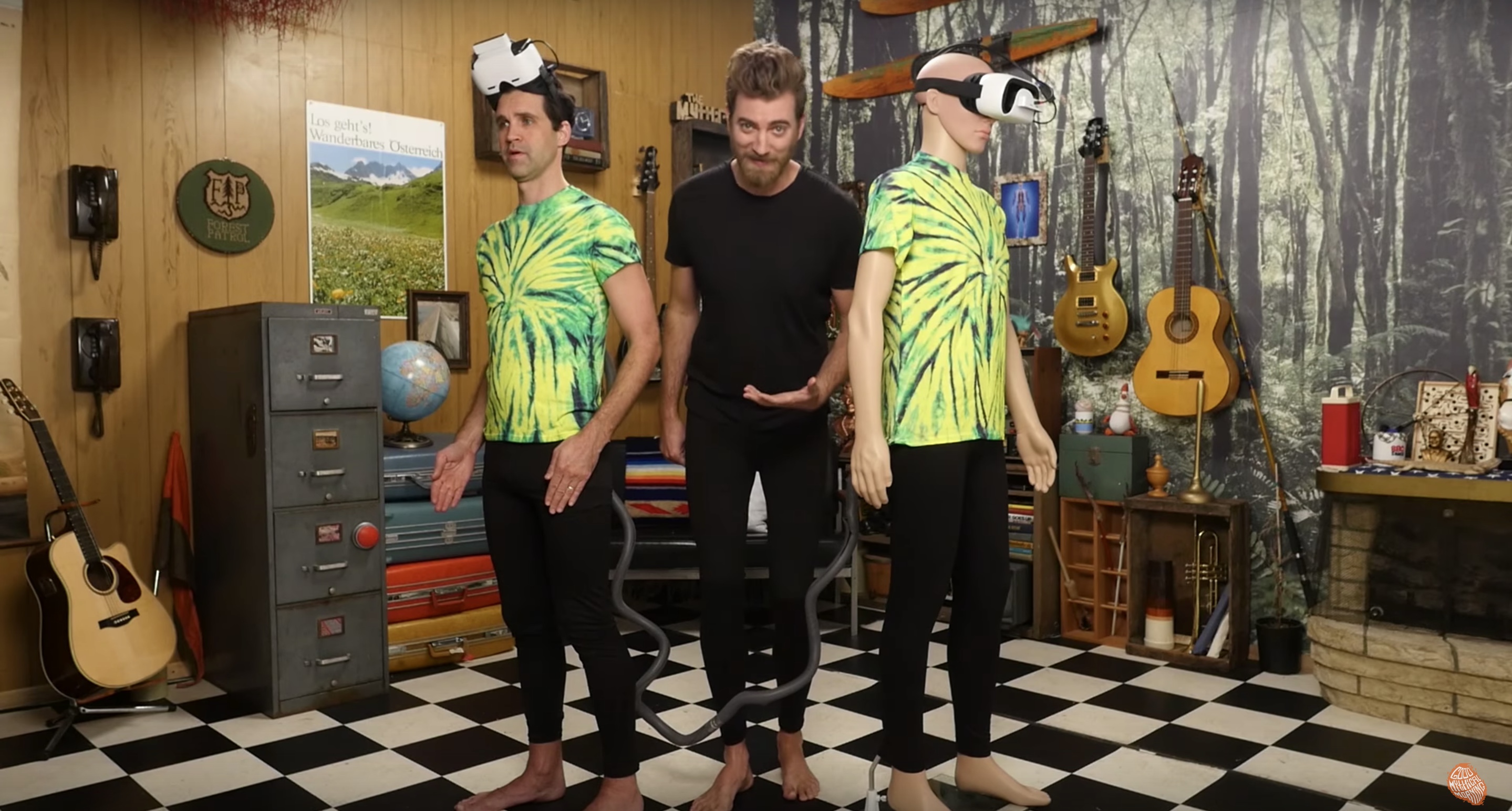 Once that link has been established, Rhett reveals that he will be “helping” his friend overcome a fear of toilet bowl brushes. Rhett holds up an actual brush that has just been used to clean a toilet to the mannequins face while Chase rubs a clean paintbrush against Link’s mouth. The success of the experiment is obvious, as Link cringes and says, “felt like a paint brush but looked like a toilet brush.”

Things get even more real when they bring out a snake in the next round of experiments. Using a rope to mimic the cold blooded creature, they begin touching Link and the mannequin with the two items, and Link becomes more and more squeamish until he screams. He yanks off his VR goggles once he’s had enough. He jokes, “Im glad my pants are black, because I just soiled them.” He admits that he knew that it wasn’t a snake, but he still couldn’t convince his brain otherwise.

The roles got reversed in the next round when Link gets his revenge on Rhett. Link grabs a wooden baseball bat and beats the mannequin while Chase does the same with a much softer foam bat to Rhett. However, things get a bit crazier when Link brings out a knife, pretending to dissect his friend as he slides the fake knife down Rhett’s stomach. 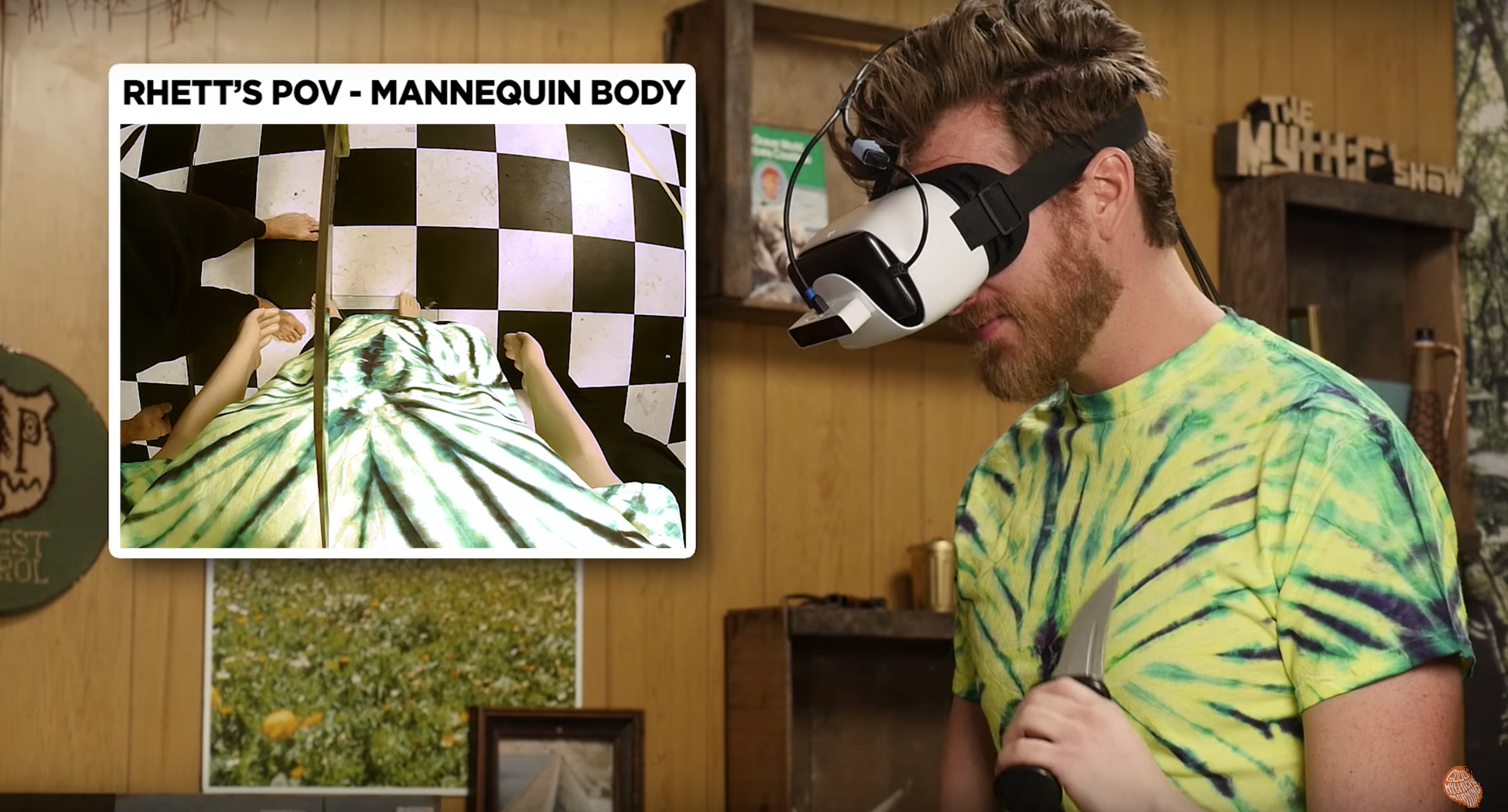 Eventually, they abandon the mannequin altogether and attempt to link their own bodies using the VR headsets and some simple hand motions. Rhett then attempts to trick his brain into thinking he is eating a healthy bowl of peas and carrots, but in reality is consuming sugary M&Ms. Yet the one thing that VR can’t mimic is taste and texture. Even so, Link said he wants to eat peas and carrots now more than ever and Rhett claims the experiment has ruined M&Ms for him.

Watch the video above to see more of their experiments, and for more information on what’s happening with VR gear, check out our additional coverage on the technology here and here.