Candice Pool Neistat’s Guide to Surviving Life With a Vlogger

On a Sunday morning, a sliver of light creeps through the cracks in your blinds. You feel the warmth of the sunshine on your cheeks, as you interlace your fingers, slowly raising your hands above your head. You point your feet, uncurling your toes, releasing the remnants of the night from your muscles. The winter has nearly climaxed, and it’s frigid; the draft from the window coerces you beneath your plush white blankets. You’re craving a New York bagel. Maybe with a fresh spread of avocado butter, delicately adorned with red pepper flakes and cilantro. You smell coffee in the kitchen. A ripple of motivation trickles down your spine. With an impulsive thrust, you relinquish the comfort of your bed. Your feet meet the floor. And as you stand there half-naked, you look straight down the glass barrel of your partner’s camera. You realize all of this has just been filmed to be watched by millions of strangers on YouTube.

Life isn’t easy when shared with a vlogger. The camera is constantly recording, making your private life public. Sunday mornings, family outings, and even trips to the grocery store are all fair game for good content. Not to mention that authentic, intimate stories are what sells best on the internet these days.

On the other hand, it is not just your personal life that’s threatened. Vlogging is a 24-hour hustle that consumes your partner’s spirit and attention. The days are spent furiously shooting; editing unravels into the early morning hours. A good night’s sleep is rare for this lifestyle. And to top it off, the comment section is enough to emotionally ravage the average human being.

Over the years, Candice has experienced more than her fair share of vlogging tribulations. Yet still finds time to be a wife, mother, stepmom, business owner, and woman. So to learn more about surviving life with a vlogger, we spent a day inside the Neistat family’s Manhattan apartment. Sorry Casey, we love you, but you don’t make things so simple. 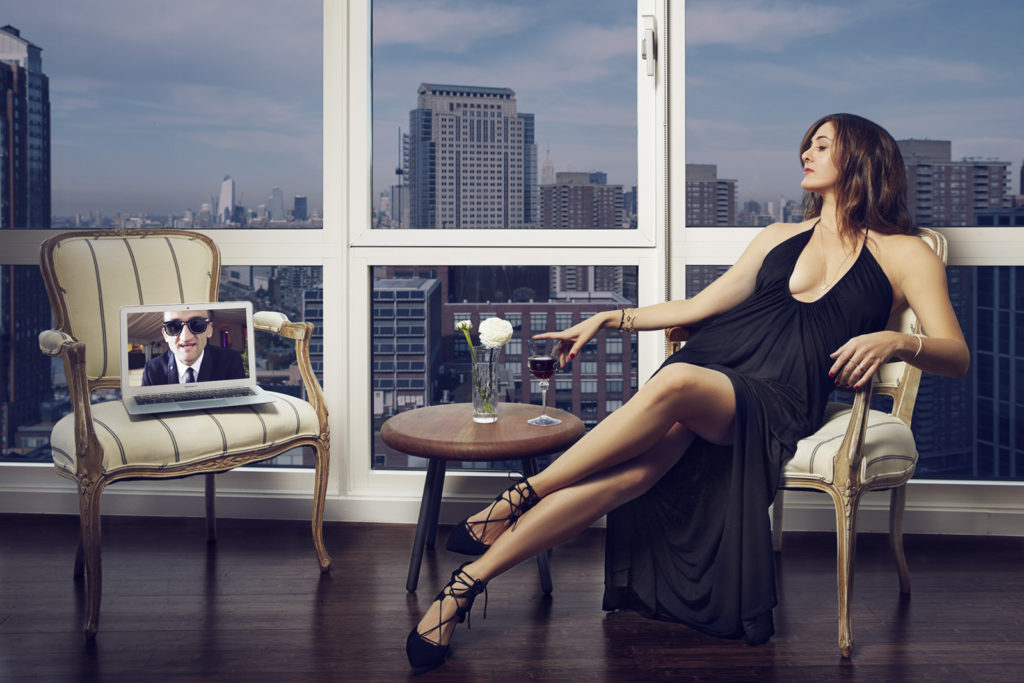 The dedication and persistence within Casey’s work is generally unmatched. It’s fast-paced, cleverly edited, and instills what it takes to be a creative today; to worship the grind—to pursue your passion, furiously, no matter how low you begin. It’s the epitome of that New-York-City-hustle, or as Casey says, “Do More.” What’s more, in fact, is the innate consistency of each episode, not only in the production value—in which Casey uses low-key equipment to produce high-quality content—but the concept of using restrictions to your advantage; to leverage your obstacles, take risks, and create something you love.

And it’s certainly been effective, as Casey’s gained millions of subscribers since the vlog launched in spring 2015. But that didn’t come easy. His typical day, for example, would begin around 4 a.m. He would wake up, exercise, and start shooting, all before heading to the office. Throughout the day, he would continue to get footage, until about 10 p.m.—that’s when editing would begin, only to wake up and do it again the next morning. Oh, and this was in addition to the filmmaker’s routine responsibilities, which, at the start of the vlog, included working in the media lab at MIT, starting a new business—which later became Beme, the now-defunct video sharing app—and helping supermodel Karlie Kloss launch a YouTube channel.

In many ways, this weighed on his relationships with family, especially his marriage. According to Candice, she was initially puzzled by the idea of a daily vlog. She saw it as egotistical, an attempt to “be famous for just being famous.” “He was constantly thinking about the vlog and what could shoot for the vlog. He had to get footage. He had to get a story,” Candice said. Eventually, the couple no longer slept in the same bed because Casey’s late-night editing kept Candice awake.

Candice felt stuck. She was frustrated. She didn’t dislike the vlog; she was upset with Casey for making the vlog. But after what Candice calls a “blowout fight,” this led to a turning point, maybe, for both of them.

The agreement they crafted was simple: to communicate, and decide together when the camera was coming out. And despite Casey’s passion for vlogging his family, he ultimately stopped carrying the camera around his loved ones almost entirely.

“It takes a certain type of person to be able to support someone like Casey,” Candice said. “I was on the verge of being too selfish to support him, but I tried to remind myself that it’s his passion and career. I had to be strong enough to bite my tongue when the camera was out. Vlogging is intense, it’s all encompassing for 24 hours a day.”

But it certainly paid off. In November, 2016, Casey announced that he was ending the vlog by virtue of a new project with CNN. The media giant had purchased Beme, partnering with Casey and his team to create a media platform “devoted to filling the world with excellent, timely and topical video and empowering content creators to use technology to find their voice.” It is also important to note that Casey will maintain ownership of his YouTube channel and continue making videos, just not on a daily basis.

“It was like night and day from the moment he didn’t upload a video,” Candice said. “Now we’re in bed together by 10 p.m., and he’s happy and enjoying the moments. I feel like I have my husband back.” 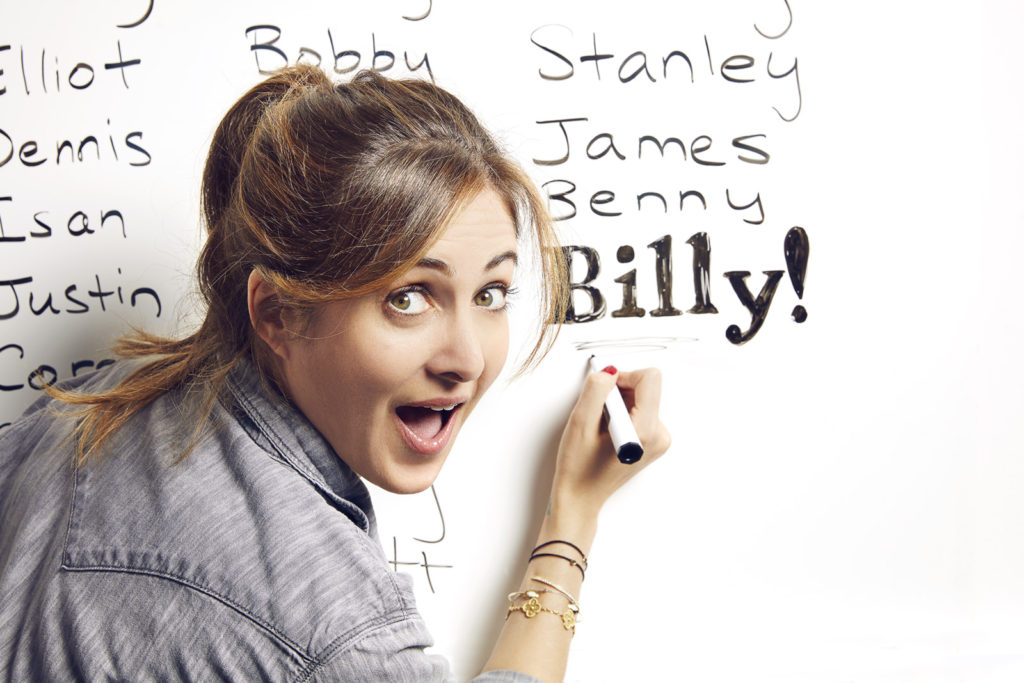 Casey’s not the only powerhouse in the Neistat family. In addition to being a wife, mother, and stepmom, Candice owns two jewelry design companies. The first is Finn Jewelry, a niche luxury brand, which she launched over 12 years ago. The second is Billy!, her latest brainchild that focuses on unisex apparel and accessories, dedicated to her own simple, effortless style—a ratty sweater, jeans, and high-tops—and the idea that there’s no right or wrong way of doing things. It’s her way of saying, ‘I’m Candice. I’m late to work with a Starbucks iced coffee. And I don’t give a fuck.’

“When I started Finn 12 years ago, everything was about, like, oysters, champagne, macaroons, pink this, pink that, and sort French girl decadence. It is absolutely not who I am in any way shape or form,” Candice said. “Especially since I got married and had the baby. I barely have time to cut my hair these days.”

But while Finn will always be her first love, and continues to grow as a business, Billy! was her answer to the disconnect that formed between Finn’s style and her own personal style. She explains that as a business owner, your career becomes your life—you’re thinking about work 24 hours a day. She was consumed by a brand that was no longer a reflection of herself.

So far, Billy! has seen immediate success, with over 120K Instagram followers and a product lineup including necklaces, t-shirts, and other accessories, such as branded moleskine notebooks and tote bags. “It’s growing faster than I thought it would,” Candice said.

Candice has always been driven by the entrepreneurial spirit. As a child, she would preemptively put lemonade stands on the jogging path, because she knew that’s where people are thirsty. In middle school, she created plastic earrings and sold them door-to-door. During her first internship, she used leather to made cuffs that she sold to Patricia Fields, who became the stylist for Sex and the City.

In that way, her and Casey are very similar. Despite the breakups and hard times, they connect through their work-driven sensibility, or as Candice puts it, the “why-the-fuck-do-people-complain-just-do-it” mentality.

“When it comes to work, Casey’s a huge support system for me,” Candice said. “We approach our business model around the idea that if you can’t get somewhere in a straight line, use a curvy line to get there anyway. That’s our attitude for everything.” 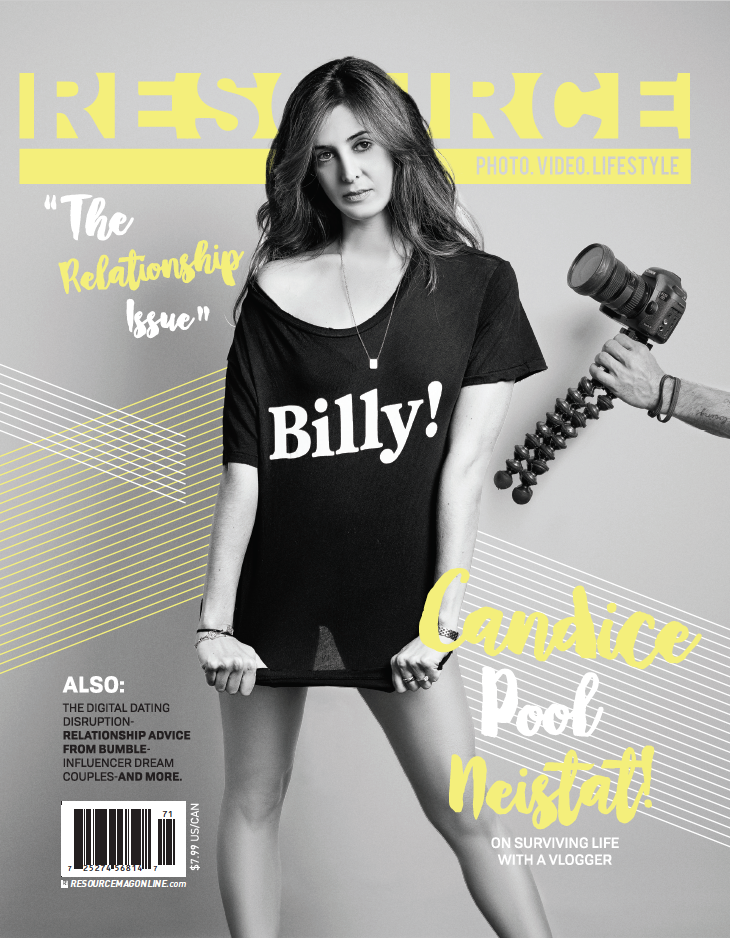 For the full story, pick up a copy of the spring 2017 “Relationship Issue” of Resource Magazine or enter our giveaway to win a free copy, subscription and more awesome photography prizes!