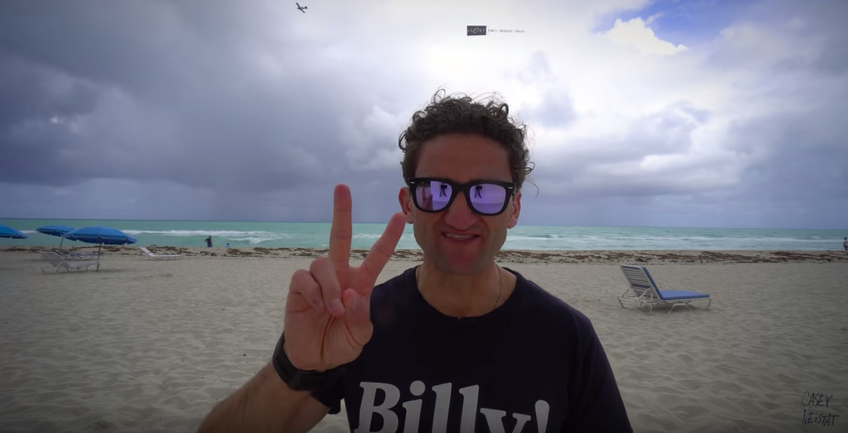 Casey Neistat Epicly Announces the Return of His Vlog!

After four months and a few hints throughout the past week, Casey Neistat has announced the return of his daily vlog. On March 27, he posted a video of his birthday weekend in Miami, Florida, where he announced to his six million subscribers that he’s going to start vlogging again.

Neistat said in the video when he started the vlog two years ago, on his 34th birthday, the main purpose was to take his viewers behind the scenes of his projects outside of YouTube, specifically with his company, Beme. He wanted to promote his company and get his audience interested in it. Screen grab from “THE VLOG IS BACK”

“The frustration that I felt—what I explained when I ended the vlog—was that it had gotten easy,” Neistat said in the video. “What I meant by that is the creative challenge, which is what I love the most, kind of faded.”

When Beme began to face some struggles, the vlog became less about the company and more focused on his daily life. For Casey, who is all about pushing creative boundaries and keeping life interesting, felt the vlog was becoming too routine, so he ended it.

Now, Neistat is working with CNN to building a video-exclusive news company designed to penetrate viewers’ “bullshit shields.” So Casey’s got a lot of stuff going on this year, one of the reasons why he’s bringing back the vlog.

“I love making videos, I love sharing my life, but I also have a really big career and something I’m super passionate about beyond YouTube,” he said. “Having a vlog as a way to share those other interests of mine is a huge source of motivation for me.”

[Featured Image: Screen grab from “The Vlog is Back”]