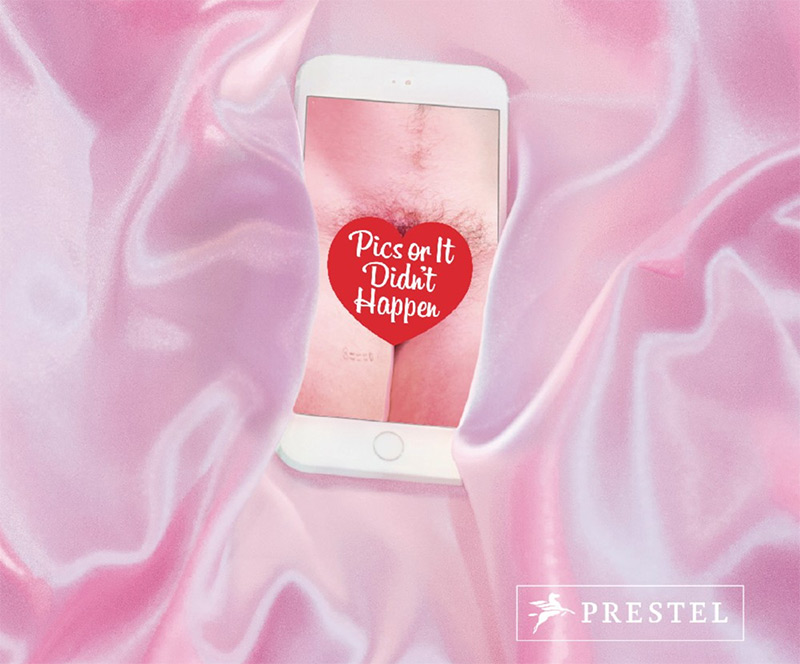 Arvida Byström is a 25-year-old Swedish artist, currently living in Los Angeles. She has a background in photography and modeling, and has appeared in and written for a wide variety of publications, including Dazed & Confused, NYLON and Lula Magazine.

Molly Soda, a 28-year-old from New York, is an artist working across a variety of digital platforms on the subjects of feminism. She was named by Complex Magazine as “one of the most important artists of 2013.”

In 2015,  Byström and Soda discovered they shared a mutual frustration: they both had a significant number of Instagram posts taken down by the platform without explanation. “Can we make a ceremony for all banned IG posts?” Byström said on Twitter back in September 2015, to which Soda responded, “We should make a book.” Two years later, “Pics or It Didn’t Happen” was born, featuring hundreds of photographs that were once banned from Instagram, with some of the authors’ shots too. 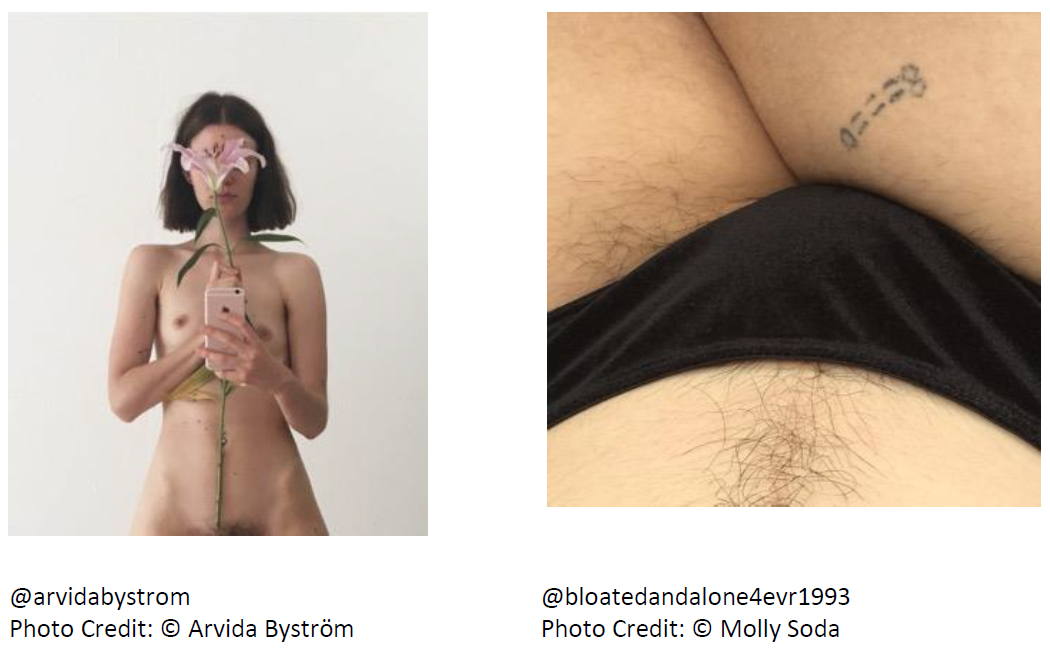 Instagram’s Guidelines prohibit “violent, nude, partially nude, discriminatory, unlawful, infringing, hateful, pornographic, or sexually suggestive photos.” Unsurprisingly, these policies have been a source of tension and debate for many creatives who use the platform as a means of self-expression. So when Byström and Soda put out an open call to submit censored images, the response was overwhelming.

“We had to do a lot of sorting,” Soda said, acknowledging that most submissions came from friends or friends of friends. However, the authors don’t think any of the submissions were fake, and luckily didn’t receive any absurdly shocking ones either. So Byström and Soda selected pictures they thought looked “different from other submissions, extraordinary in getting taken down, or just photos we thought were awesome and deserved some kind of platform.” They also preferred photos taken with a cell phone and immediately uploaded, ones that captured “the real vibe of Instagram.”

The authors don’t want their book to be seen as a book against censorship, nor as a “book curated by people who want to do whatever they please, or believe a society without morals would be a better place.” It’s also not “a how-to guide on feminism.” Byström and Soda simply describe their publication as a collection of “photos taken by people with a range of conflicting views.”

A debate about content moderation—who is doing it, and how does it happen—was one important motivation for the book. Content moderators are supposed to act as “arbiters of good taste and social norms, applying their own sensibilities to and through those of the platform.” But how realistic (or subjective) is that? On another level, Byström and Soda want to get people thinking about today’s digital and artistic culture. “What gets removed from online, is what gets removed from history. Our minds eventually get shaped by what is allowed and what isn’t, and then we subconsciously adapt to that. Even Instagram’s layout us designed to make people think in certain ways!” said Byström. 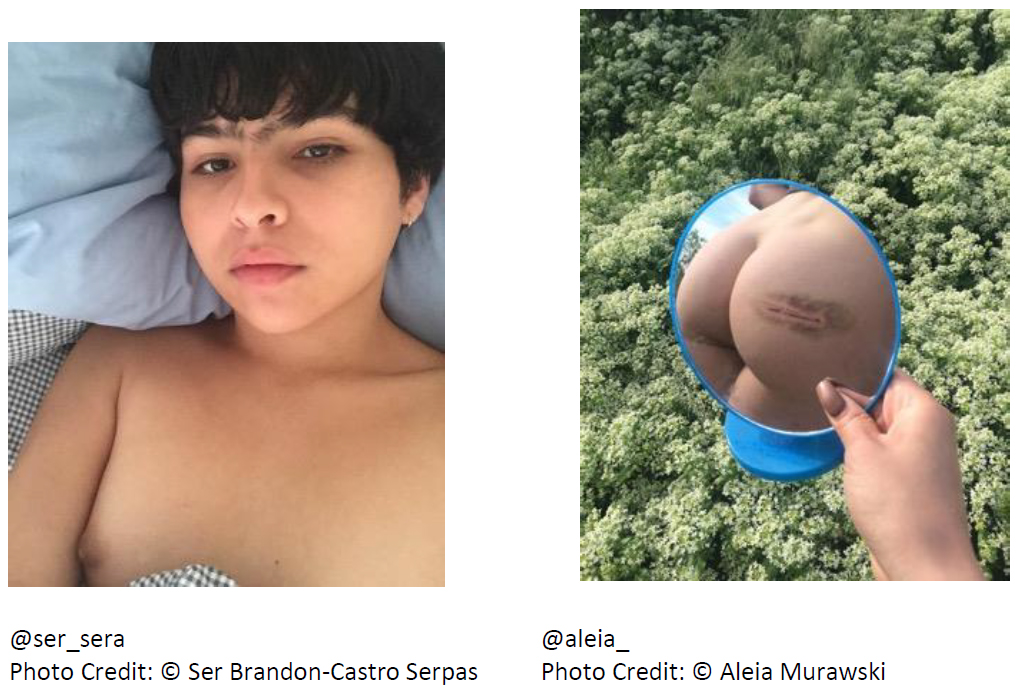 In a way, Byström and Soda feel Instagram and its guidelines reflect the mindset of today’s society. “It’s a complicated issue,” Soda admits, but “it does say a lot about which bodies, what type of clothing or what kinds of posing are considered to be acceptable.” Just like Instagram, “the world in general, especially with teens, also comes with very vague ‘guidelines,'” Byström adds.

Do they think the guidelines are discriminatory toward women? Byström repeats “it’s the world in general. It’s sexualizing women’s bodies. It’s discriminating in a certain way, I guess. And Instagram is just trying to do what they think most people want, which might as well be censorship!” But maybe this book will “help the discussion about how bodies can or can’t be shown.” 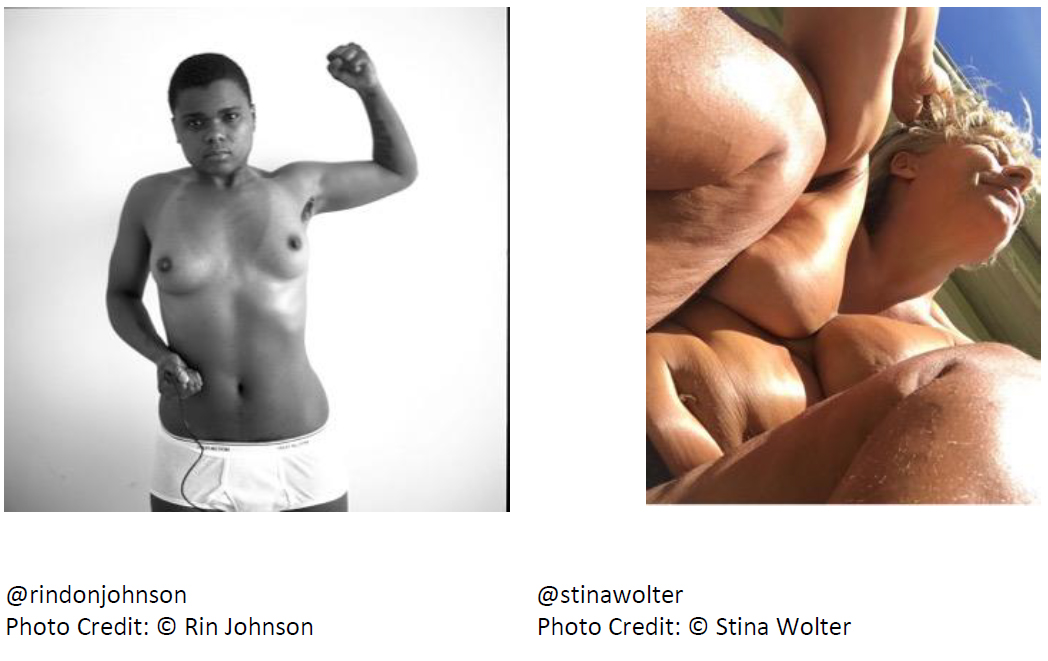 When you look at most of the pictures with Instagram’s guidelines in the back of your mind, you can usually find a reason why most of the book’s pictures were taken down. But for some, it’s downright bizarre. Like “@isaackariuki.jpg,” for example (see below). “The artist who took it told me it came with a caption that, for someone with Islamophobic thoughts, probably came across as violent,” Soda and Byström explain. “But it wasn’t. We could have used the same caption to talk about the internet or even as a title for this book, but because it was put under a woman in a hijab, someone chose to read it completely different.” 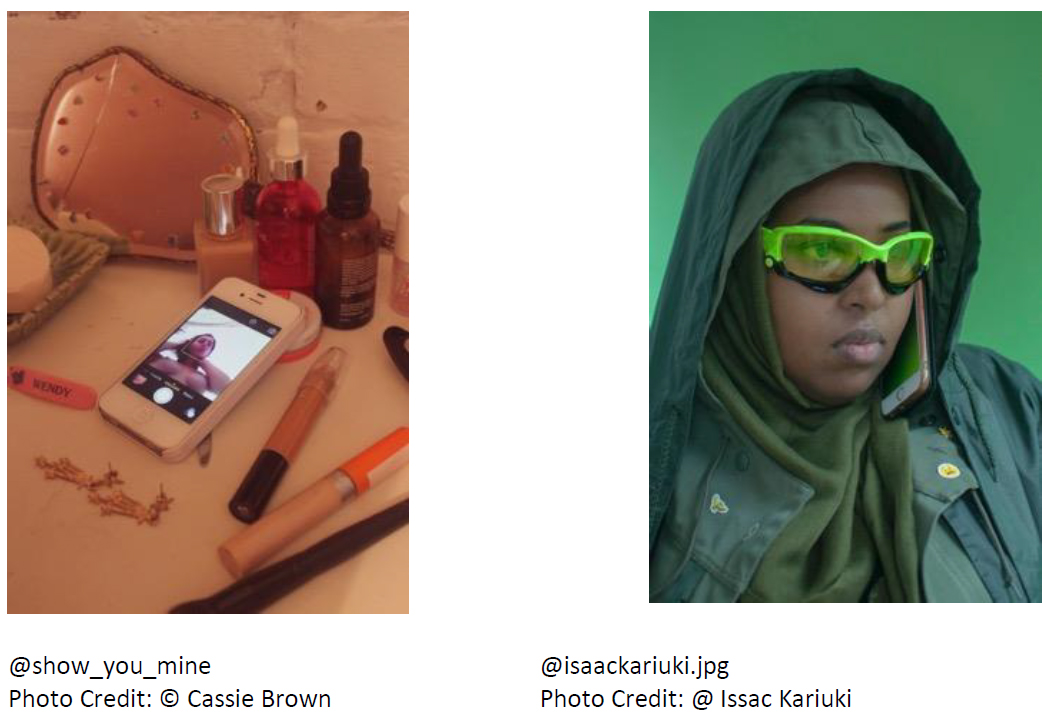 That was the most bizarre example of a take-down. Most of the other ones, obviously, showed bodies, and could be interpreted, by some, as sexual. “I think there are a few surprises, but I think that one is just the most controversial. Why? Because it’s really-really not sexual.”

Instagram ultimately didn’t really cooperate with the book, but that never was Byström and Soda’s intention. “I think certain people at Instagram definitely know that we made this book, but were not really interested in Instagram’s reaction,” Byström explains. “Yeah, that’s not the point,” Soda adds. “Also, who is Instagram? A lot of people see Instagram as this one persona that you can’t really talk to. But Instagram actually has… how many people working for them?” 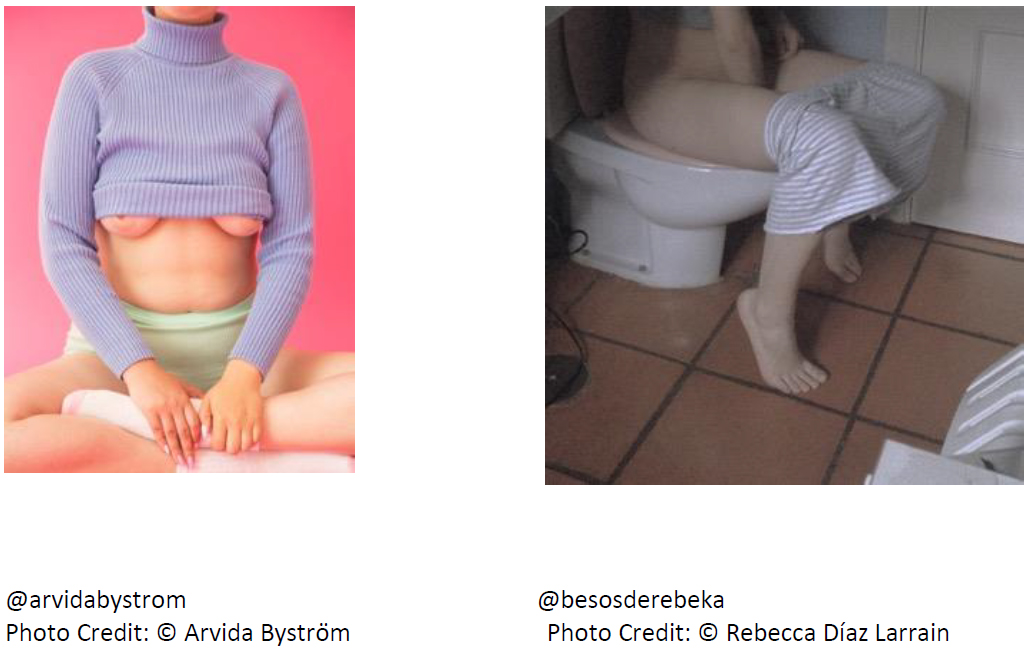 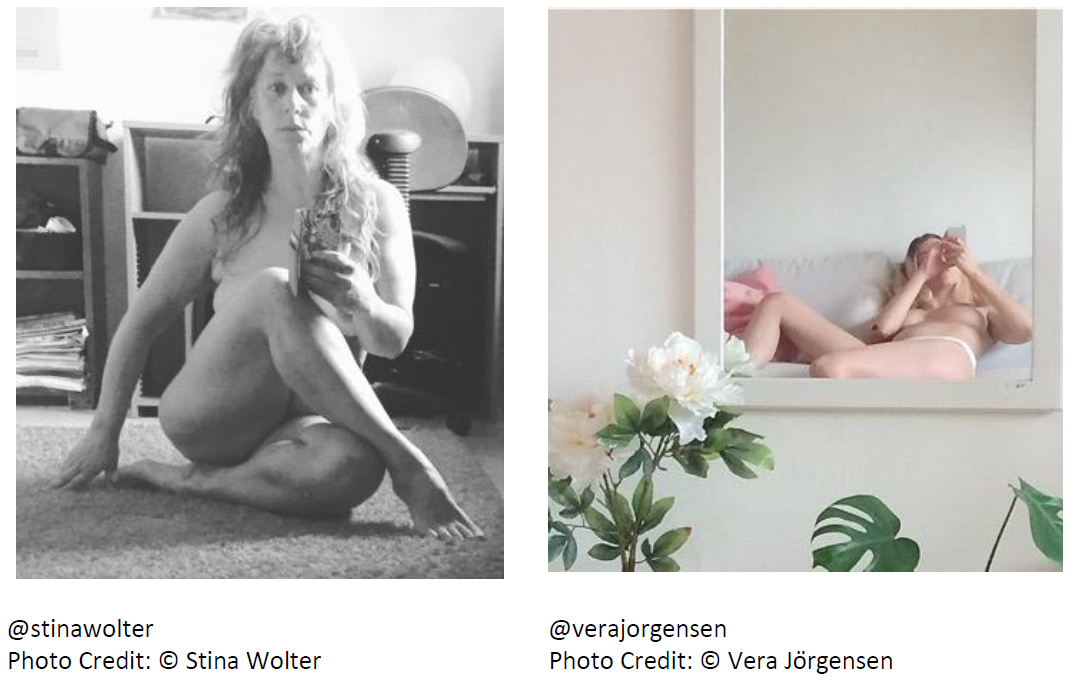 “Pics or It Didn’t Happen: Images Banned From Instagram,” published by Prestel, came out in the UK as a hardcover on March 1 and will be available in the US April 27. You can pre-order it now via Amazon for $17.36, a 30% discount from the recommended retail price.