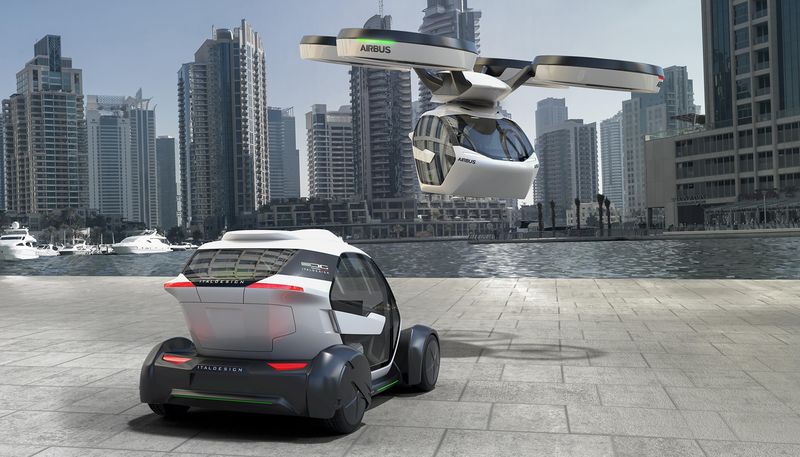 It’s a car! It’s a plane! It’s a drone! It’s a train! Actually, it’s not just one of these things, it’s all of them fit into one. Airbus, commercial aircraft inventors, revealed at the Geneva International Motors Show that they have created a new conceptual car-drone project called Pop.Up. This transportation concept allows those controlling the vehicle to switch from car to drone, drone to car, and more. 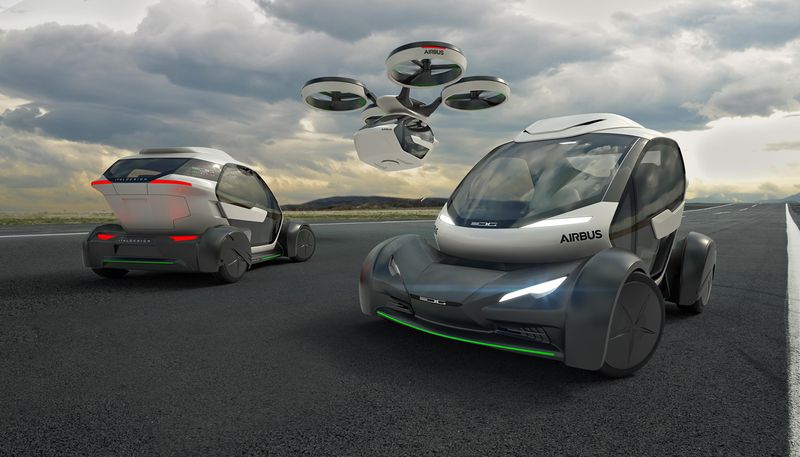 The Pop.Up. vehicle looks just like a Smart car in size, but is definitely more versatile. Airbus calls it a “passenger capsule,” which is able to attach to a drone, become a self-driving car or fit onto a train. Other than the size of the capsule, its sleek style has been engineered with the collaboration with Italdesign, previously behind the designs for the original Volkswagen Golf, BMW, Alfa Romeo and more. This video below shows how Pop.Up. would work for customers.

The vehicle is controlled by artificial intelligence, and like Uber and Lyft, a person is able to order one to pick them up at their location. And based on the destination, they can drive, fly or ride a train in comfort and style.

“Adding the third dimension to seamless multi-modal transportation networks will without a doubt improve the way we live and how we get from A to B,” Mathias Thomsen, general manager for Urban Air Mobility at Airbus said in a statement. “Successfully designing and implementing solutions that will work both in the air and on the ground requires a joint reflection on the part of both aerospace and automotive sectors, alongside collaboration with local government bodies for infrastructure and regulatory frameworks.”

The drone-car looks like it came straight out of a video game or the futuristic world of The Jetsons. If the invention takes off, this could dramatically change transportation. The time it would take to get from one destination to another would decrease, and since the car doesn’t run on gas, it would be breath of fresh air amid the global warming crisis.

The cost to ride one of these vehicles doesn’t look too expensive, based on its concept video, making it a perfect option when on the go. Of course, this isn’t the first self-driving, drone car ever created, but is definitely one of the more innovative concepts we’ve seen.