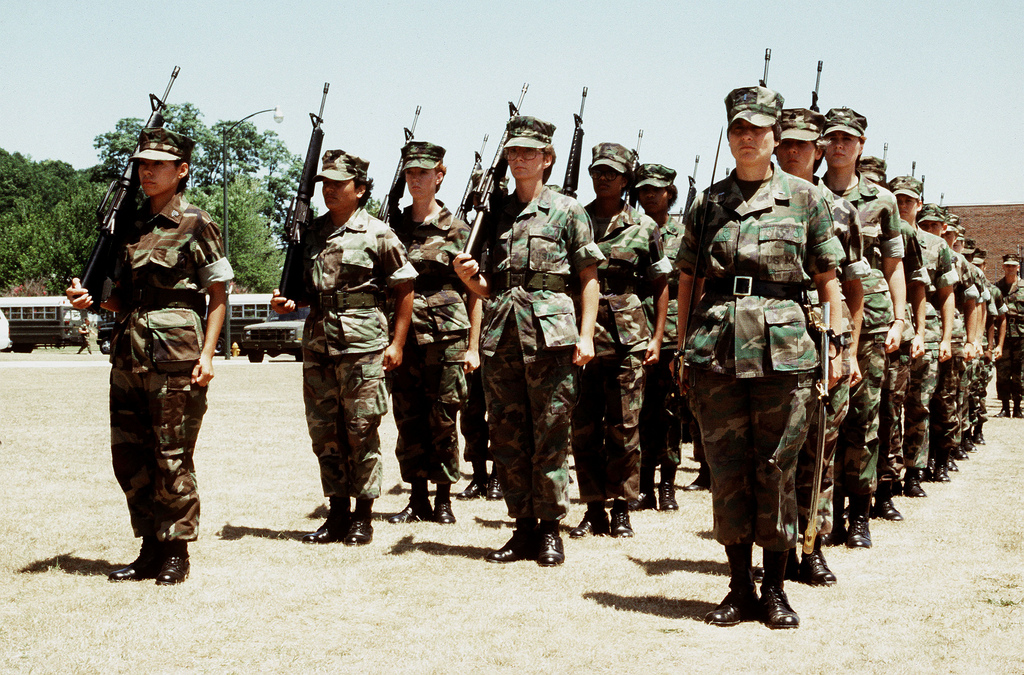 Nude Photo Scandal Reveals Sexism in the US Military

According to investigative journalists at The War Horse, a non-profit news organization lead by Marine veteran Thomas Brennan, the Naval Criminal Investigative Service is investigating hundreds of Marines over allegations that they shared nude photos—possibly thousands of them—and personal information surrounding female Marines and veterans on a private Facebook page. The page was called Marines United and had nearly 30,000 followers.

After the allegations came to light, it was thought that the page had be shut down. But according to CNN, members have been redirected to new pages. “In one case, someone not only launched a new page — Marines United 2, or MU2 — that promises to better weed out anyone looking to blow the whistle on the group’s depraved behavior, but members have taken to taunting federal and military investigators,” CNN reported.

The War Horse’s reporting revealed that the photo sharing began less than a month after the first Marine infantry unit was assigned women. The images provoked lots of vulgar commentary, underscoring ongoing problems of sexual harassment within the military. One member of the Facebook group suggested that one of the photographed service members should “take her out back and pound her out.” Others suggested more than vaginal sex: “And butthole. And throat. And ears. Both of them. Video it though… for science.”

The Naval Criminal Investigative Service reportedly launched the investigation immediately after Brennan reached out to the Marine Corps on January 30 for comment. Within a day, the social media accounts behind the sharing had been deleted by Facebook and Google at the Marine Corps’ request. Senior officials quickly acknowledged the investigation, as well as the distribution of photographs of active-duty and veteran women through the page and links to Google Drive.

Sgt. Maj. Ronald L. Green, the most senior enlisted Marine on active duty, stated that “this behavior hurts fellow Marines, family members, and civilians. It is a direct attack on our ethos and legacy. It is inconsistent with our Core Values, and it impedes our ability to perform our mission.” At first, the Marines’ top general, Robert Neller, declined to comment, but things got so out of hand that he saw no other option than releasing a video statement (watch it below).

The Commandant of the Marine Corps, @GenRobertNeller, asks you: "Do you really want to be a Marine?" pic.twitter.com/ClmuTyA7pw

Victimized women have only just started to speak up about their experiences. Former Marine Marisa Woytek, who is married to fellow Marine Zacahry Wyotek, is one of them. “Even if I could, I’m never reenlisting,” Woytek said to The Washington Post. “Being sexually harassed online ruined the Marine Corps for me, and the experience.” Woytek also said she was alerted to the hijacked photos by others on social media and were shown the comments that accompanied them. She said that many of the comments included allusions to sexual assault and rape.

The War Horse also spoke with some of the women in the photographs. Some said they believed former partners might have leaked images, others expressed concerns about their personal accounts possibly being hacked or poached. Most victims spoke on condition of anonymity, nervous about reprisal and becoming more of a target.