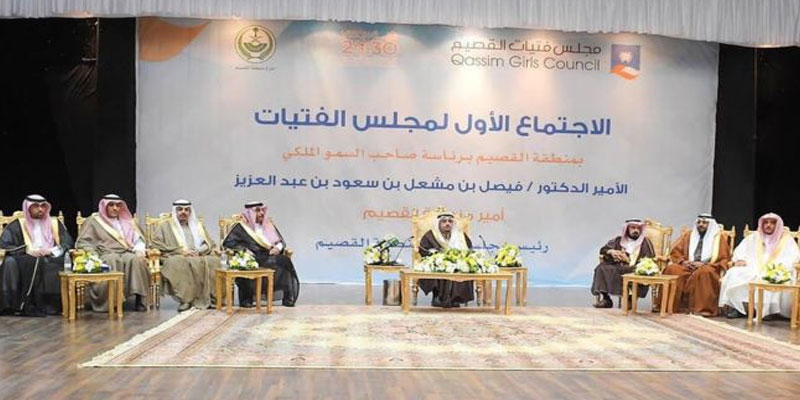 Saudi Arabia isn’t particularly famous for treating women and men equally. In fact, the country’s ranked 134th out of 145 countries for gender parity in a recent Global Gender Gap Report. But even though Saudi women today still aren’t allowed to go outdoors without a male guardian, things have been changing for them in recent years. They are now allowed to cast a vote for local elections, for example, and more women recently graduated from Saudi universities than men.

The country wanted to take another step toward giving women a platform in public life by launching a “girl’s council” in the al-Qassim province. The inaugural meeting took place on Saturday, and the accompanying photos quickly became a viral hit. But that wasn’t because of the country’s progressive intentions. The pictures showed a stage with 13 men, and not a single female.

The women were apparently in another room, linked via video. The pictures were also quickly compared to a viral image US President Donald Trump took when publishing an all-men picture signing an abortion policy in January.

Too important for women to be involved obviously pic.twitter.com/7xKhKav9BV

[via BBC and India Live Today]