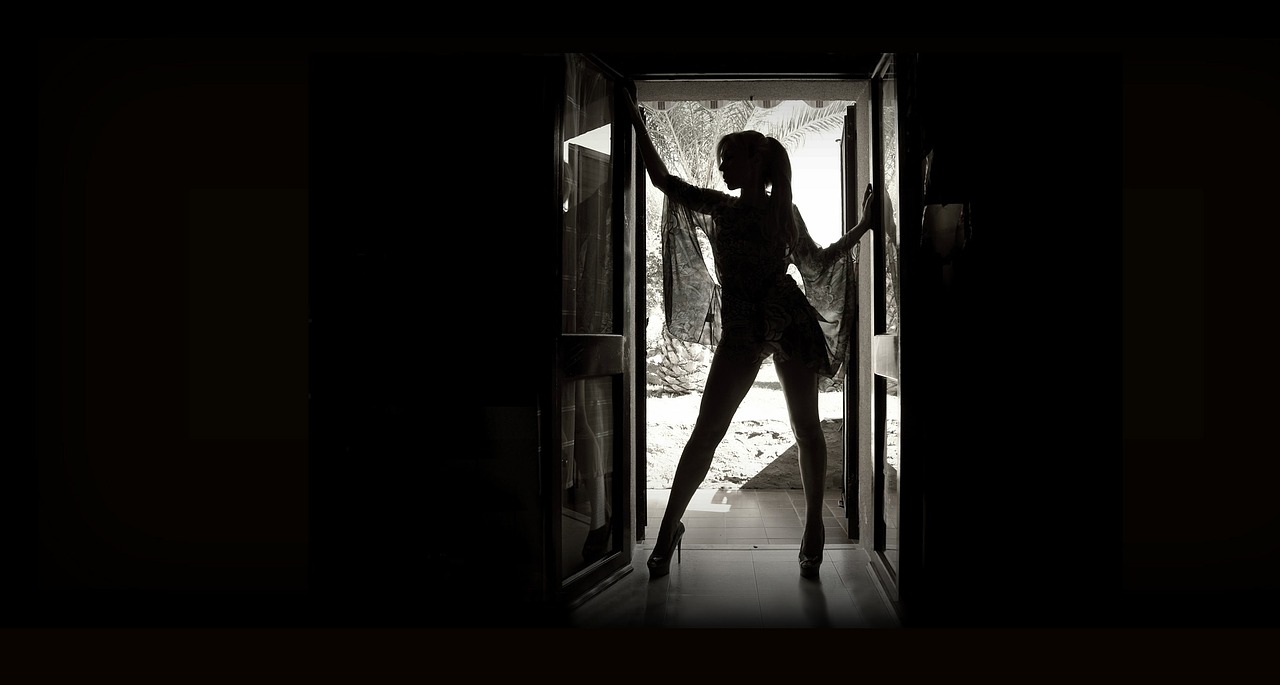 License free image via pixabay.com, unrelated to any of the women involved in this story.

Toronto photographer Ren Bostelaar is under fire after posting explicit photos of women, alongside personal information, on 4Chan‘s well-known “/b/” thread without consent. According to CANADALAND, a handful of women last week started noticing an unusual number of men adding them on social media. After some investigation, they discovered the 4Chan posts, and quickly determined that Bostelaar was the common denominator.

The women gathered evidence and confronted Bostelaar in a group conversation on Facebook. At first, the photographer denied being “a 4chan guy,” but one day later he admitted and apologized. On Friday, he issued a public statement on Facebook: 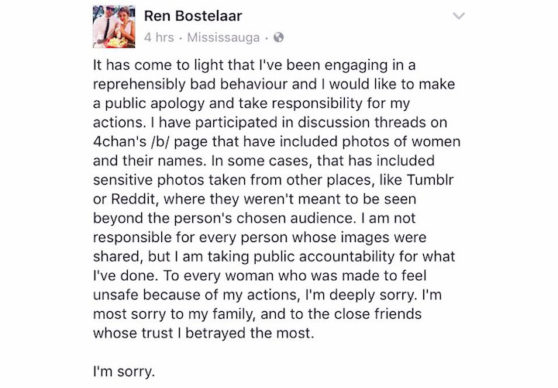 This post, however, sparked even more fierce reactions. In a follow-up post, Bostelaar stated he “did not share any images that were sent to me without consent, I didn’t post photos from any photo shoot without the subjects’ consent, but I *did* re-post images that were available on other sites.” This didn’t really calm down the internet either, and all further communication went through his lawyer, who issued this statement:

“Mr. Bostelaar apologized for posting photographs of some women on 4chan and /b/ page. The photographs he posted had been posted by the women themselves to public social media websites, such as Facebook, Reddit, or Tumblr. He did not engage in the act of doxxing. That is to say, he did not deliberately disseminate private details of these women on the internet with malicious intent. He is deeply sorry for what he did.”

On Sunday, Toronto Police received a harassment complaint, and confirmed on Monday that they were investigating the case, as it’s illegal to distribute images “knowing that the person depicted in the image did not give their consent to that conduct” under the Canadian Criminal Code. Stats Canada, a satirical Twitter account Bostelaar was writing for, also issued a very condemning statement to its 603K followers on Sunday (see below). Eventually, the photographer deleted all of his social media accounts.

In regards to the recent actions involving Ren Bostelaar pic.twitter.com/EjUyVocOoL

[via CANADALAND, The Star and BBC]