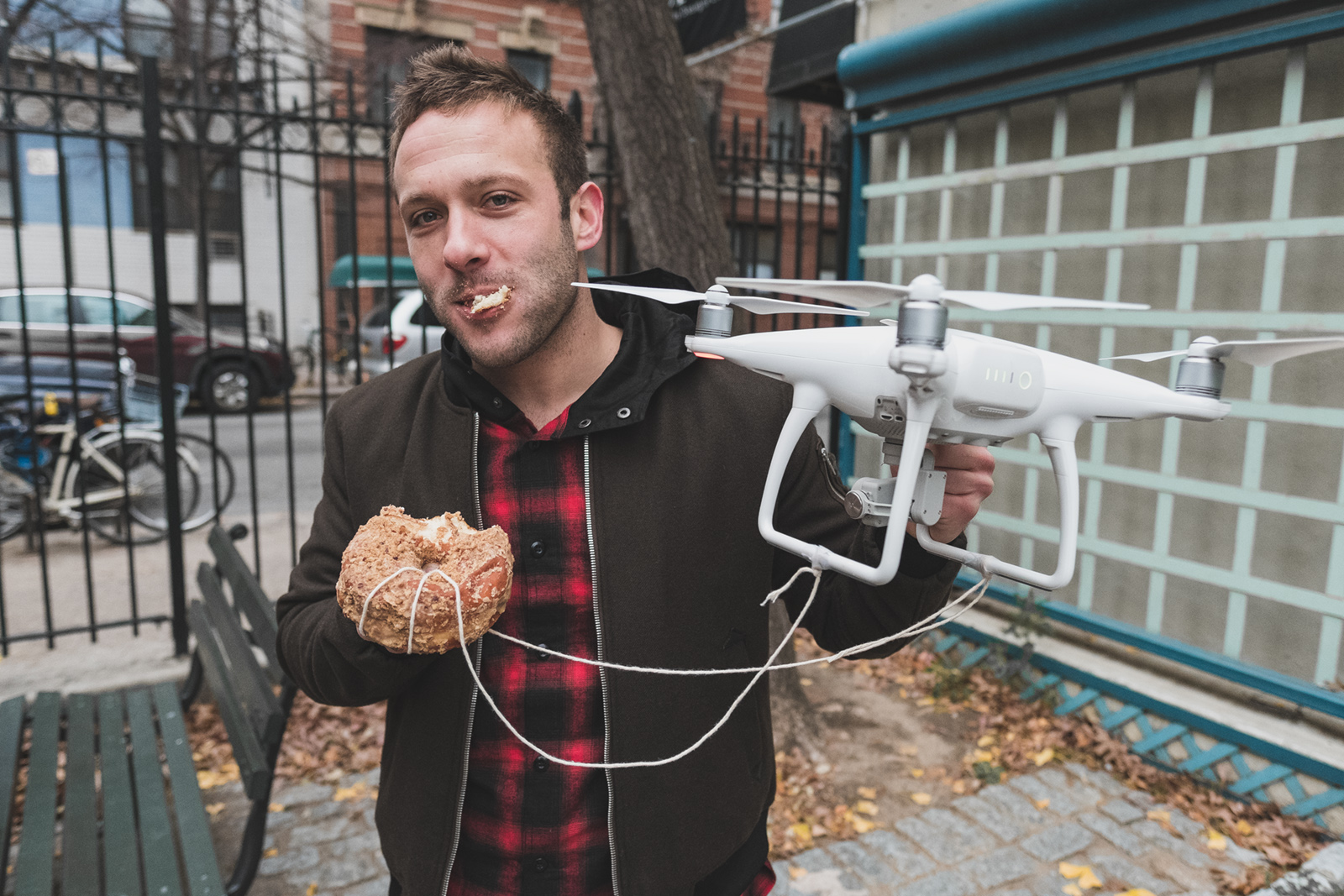 Krispyshorts, or James Ryan Ohliger, was a Boston College finance major who developed a consulting career in New York. He later started an Instagram account, in which he spent the weekends with friends creating comedy videos. By the time he hit 100K followers, he had grown unfulfilled with his finance career, and quit his job to make original content full-time. This move was inspired by a long walk through the city with social media star Jerome Jarre.

Today, Krispy has a co-founding stake in Jerry Media, an advertising company with a talent roster that includes meme king @Fuckjerry, alongside a lineup of other viral accounts. It’s also the first agency to offer influencer marketing directly from influencers, rather than acting as a third-party liaison between clients and talent. 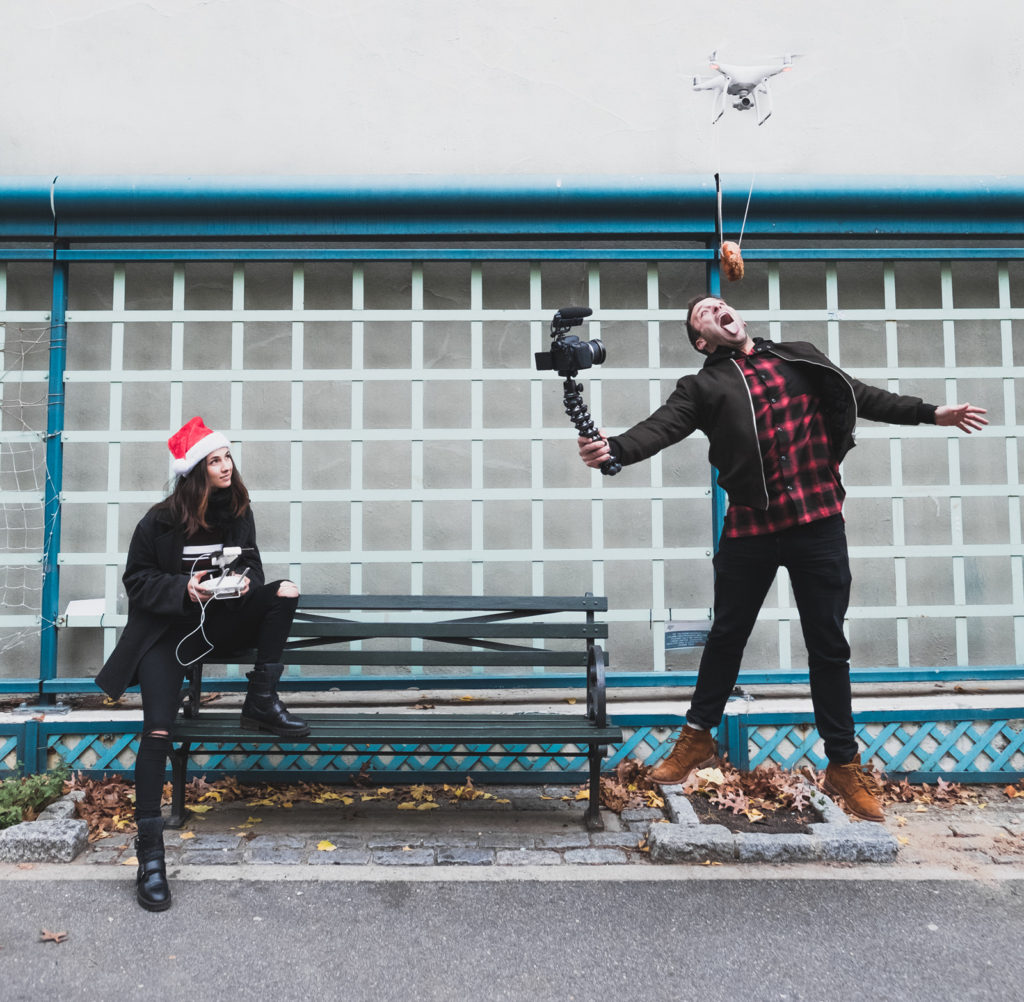 We caught up with Krispy to get some tips on launching a daily vlog. Here’s what he had to say.

Krispy constantly shoots throughout each day. His editing process begins around 9 p.m., which usually takes about four to five hours. This means he doesn’t get to bed until 1 or 2 a.m., in order to post the vlog the next morning. “That’s the most challenging part, especially the way I edit. ” he said. “I like to use quick cuts to songs, so I have to get tons of shots, which need to be cut down to a fraction of a second. I have a color correction program—Color Finale—that I use for things like exposure and saturation, but I have to tweak each clip, which usually falls between 150 and 200 shots.”

“Finding music is the one question no one ever answered for me,” Krispy said. “I had no idea what I could and couldn’t use. But I figured out that if an artist is represented by a big label, that label with send their tracks to YouTube, and its algorithm will pick it up if someone plays their song.” Yet there are a couple tricks. The first is to slightly speed up or slow down a track, which can be effective for getting past the algorithm, but is still a bit risky. The second is to reach out to emerging artists, who will generally let you use their tracks if credited. It’s also good to look for artists with large libraries of music, so you can receive express permission to pull songs at your own will.

Krispy is a huge fan of Casey Neistat, and one of the things that appealed to him most was how happy his videos made him feel. “When I would watch his videos is just made me happy,” he said, explaining that it is vital to be nice; that it’s necessary to bring positivity to vlog content. “I’m worried about people thinking I’m too serious,” he added. “I don’t think anything I have to say is more important than the next person. I want to entertain you—I want to be a happy person when I turn the camera on.”

Although most of Krispy’s content is improvised, planned sections, such as dance sequences and skits, are implemented thoughtfully. “[When I go to] dinner with my girlfriend, I’ll put a camera in the restaurant before walking in, and change the angles while we’re in there,” he said. “This makes your point of view more interesting, but requires you to reenact scenes multiple times.” So what happens when you don’t have a story to tell? According to Krispy, that’s not possible in NYC. “You can really just showcase New York. It’s a beautiful city, and there’s so much to do all the time,” he said. “You never run out of content to produce. Life’s interesting, and if you document the craziness something good will come out of it.”

Obviously, when launching a daily vlog, videos should be posted every day, but it’s also important to bring consistent production value to the content. This helps build an audience because not only does it look pretty, but viewers know what to expect each time a vlog is released. Technically speaking, Krispy recommends investing in a decent camera rather than an iPhone or GoPro. His setup includes a Canon 80D with a gorilla pod, which doubles as a compact tripod and stabilizer, as well as a DJI Phantom 4 drone. For the most part, this is a moderately priced prosumer gear list that gives beginners room to grow while offering professionals the quality they need to make their content pop.

“For anybody, you have to be consistent and keep uploading,” he said. “If you suck in the beginning, keep working and you’ll get better. Think about where you are now and what your channel will look like after a year. That’s what should keep you going.”

This article was originally published in the spring 2017 “Relationship Issue” of Resource Magazine.