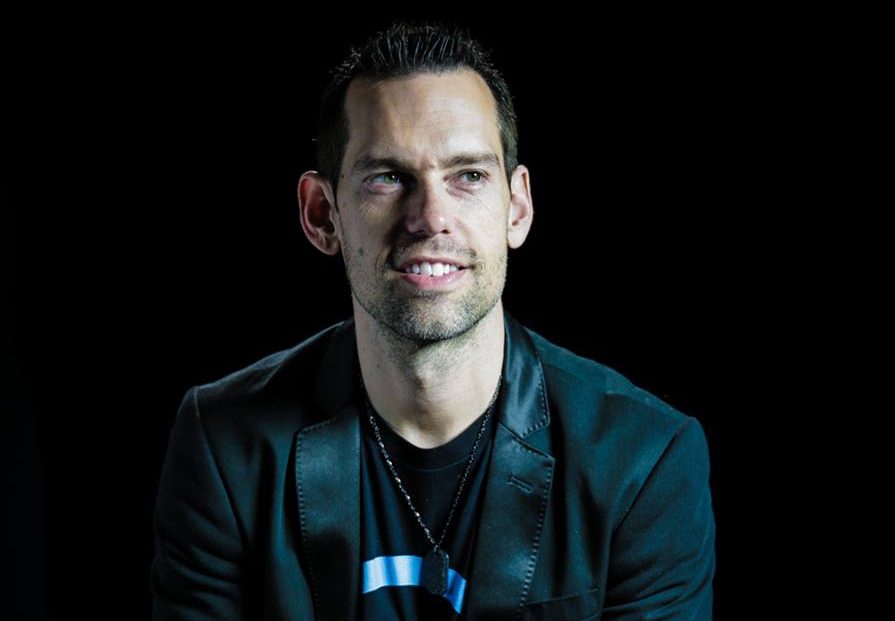 We all know the feeling of giving up. As humans, we often fail to recognize our full potential. It’s like when you’re running on a treadmill, and in the back of your mind you’re thinking about how you can’t go on any longer. Or, from an emotional perspective, it could be the underlying feelings of hopelessness that come with finding a career path. This is why Tom Bilyeu, a successful entrepreneur and co-founder of Quest Nutrition, has set out to eliminate “the poverty of poor mindset,” as he puts it, and build a community of creators centered around wellness and self-transformation.

To do so, Bilyeu has recently launched his secondary company, Impact Theory, an online talk show of sorts that ignites human potential through original interviews with content creators, creatives and entrepreneurs who have inspired him in transforming his own life. So far, this has included the likes of Chase Jarvis, Tim Ferriss, Terrell Owens, and many more. In addition, Impact Theory also produces a blog that posts inspirational, advice-filled content. As a whole, the company hopes to create, cultivate and help monetize mission-based companies determined to solve meaningful challenges while bringing to light the emotional impact of a healthier lifestyle.

We caught up with Bilyeu to get a closer look at Quest Nutrition, discuss his goals with Impact Theory, and discover the key principles of creative wellness.

Hey Tom, it’s nice to connect with you. Let’s begin with your own wellness story. Walk me through your journey.

I grew up in a morbidly obese family that struggled, and in many instances, still struggle pretty profoundly with their weight, so it was definitely something on my mind. As a kid, I was a little bit chubby, but I really got into fitness and nutrition as a way to escape that fate. In my early 20s, I found myself beginning to put on some weight, and never had much luck with women. I really wanted to turn that around.

I found my way into fitness and nutrition somewhat clumsily in the beginning. I made a lot of classic mistakes, and ultimately started researching it. I eventually met some people who really knew what they were doing in the gym and from a dietary perspective. Then, I started to really learn my way around it. At one point, I was 60 pounds heavier than I am now, but ended up getting in good shape, getting six pack abs, and founding a nutrition company that went on to be very successful.

On a more existential level, what’s inspires you the most when it comes this self-transformation you speak of?

As humans, we’re capable of massive adaptation. We’re able to do a lot of really cool stuff, but to do that, you have to really push yourself and try to acquire as many skills as humanly possible to have that utility. Then, you need to put that utility to the test in service of something bigger than yourself. Getting good at things is the meaning of life, and for me, that’s certainly where joy comes from—just seeing how much potential I can ring out of myself. If you really want to do something special, even if you just want fulfillment, I think ultimately that comes from expressing your potential.

Let’s talk a bit about Quest Nutrition. What were some of your goals in this entrepreneurial endeavor?

The mission of Quest is to end metabolic disease, and we went into accepting a fundamental truth about the human condition: people eat for pleasure, not for sustenance. You can tell a small segment of people to eat less and exercise more, and for some, that could be a great strategy and they’ll stick with it. But for most people, to address the problem we felt we had to make food you can choose based on taste that also happens to be good for them. That was the winning formula, and it was a great way to build a big business that brought a lot of value to people’s lives. We live in this world where there’s this false dichotomy between food either tasting good and being bad for you, or food tasting bad and being good for you. We thought that could be overcome by taking a fundamentally different approach to food.

Quest grew by 57,000 percent in its first three years. Can you tell me a bit about the process of bringing that from startup to success?

In the beginning, we weren’t sure if there was a business in this, and it started by asking ourselves fundamentally different questions. We built our previous company all around profitability, just thinking about the money. It was a company we thought was good, and it wasn’t that we were lazy or anything, but we just didn’t have passion for the product. We weren’t thinking about our customer and really delivering value; we were trying to identify a niche in the market. Eventually, we got fed up with that and wanted to be passionate about what we we’re doing and deliver value to people.

So we decided to do Quest totally differently. Rather than worrying about what’s most profitable, we lead with what delivers the most value to the customer, how we can evangelize them, how can we get them excited about the company, and made a long term play for what we’re going to deliver in the long run. We were entirely focused on building a community, and we wanted to really connect with people and celebrate the notion of transformation. Now couple that with a product that we believe is the best on the market, as well as holding ourselves to metabolic standards, and that’s basically the foundation of Quest.

Now tell me about Impact Theory. What’s your wellness strategy and how does that differ from Quest?

The original idea behind Quest was that I wanted to save my mom and sister. They were struggling profoundly with their weight, and I wanted to give them something they could eat based on taste that was good for them and help get to a positive place with food and body image. With my sister, it worked unbelievably well, and since we launched the company, she’s lost over 120 pounds and had an emotional transformation, which was really the driving factor for me. I had always wanted Quest to be able to encompass both things, both physical and emotional health, but when the brand was getting successful we had to make it clear that the audience understood it was a food company. We also found that getting it to expand its own self-definition and encompassing things around the mind was a very expensive endeavor. So, rather than trying to make a company that encompasses both the body and mind, I took it to the studio created out of Quest, and spun it out to a standalone company called Impact Theory. We’re able to focus on the mind through content creation, incubating mission-based businesses, and helping the next generation of content creators and entrepreneurs with an emphasis on mindset.

How do you choose the subjects for your episodes? Is there a favorite interview you’ve done so far?

It really comes down to people who have inspired me in my own life. That’s the way I judge any influencer: if people take their advice, will their life be better or not? If the answer is yes, then we try to get them on the show and give them a chance to present what it is about them that really inspires me. However, there’s really good stuff I’ve gotten out of each and every one of them. So far, the neuroscientists are the people I probably get most excited about because understanding the brain, to me, is extremely powerful. We’ve had three neuroscientists on: Moran Cerf, David Eagleman, and the godfather of them all, V.S. Ramachandran. His breakthroughs are absolutely incredible, and him coming on the show actually led to one of the first companies that it looks like we’ll be getting involved with, so that’s just a perfect example, on the business side, of what our model is with the show.

What advice do you have for budding entrepreneurs who are scared to take the leap?

We’re living in an amazing time where there’s a lot of great content being put out there, but it’s all about developing your mindset. Standing between who you are today and who are going to need to become in order to build a business is simply a skill set. You do not need to be a born entrepreneur. There’s very much a skill set that you can go out and acquire to do that, and so much of that material is available for free online. That’s really our “business model”—to give away our content and literally teach anybody who’s willing to listen everything I know about being an entrepreneur. And from there, we believe in building a community of like-minded people.

Totally. To wrap things up, I’m wondering where you see Impact Theory headed in the future?

We’re going through this boom right now where entrepreneurs are literally the new rockstars. You get people like Steve Jobs and Elon Musk, which I think is awesome and gives people something entirely new to look up to, but they need to understand the mindset that comes with it. The way that humans assimilate truly disruptive information is through narrative, so we want to create the next generation of stories and empowerment.