YouTuber Kai Wong is known for his passion for photography and expansive knowledge of gear and equipment. But now, he can throw in some experience with nature photography, after adventuring into the wild to photograph coyotes feasting on prey.

In Nat Geo WILD‘s newest online series, ‘Untamed,’ Wong joins host and nature photography enthusiast Filipe DeAndrade, in the April 11 episode ‘Untamed Coyotes.’ In this episode, DeAndrade shows Wong what wildlife filmmaking is all about with a trip to Bosque del Apache, located in San Antonio, TX. This location is home to one of the most biodiverse population in the U.S., and in this special episode, DeAndrade introduces Wong to the coyote. 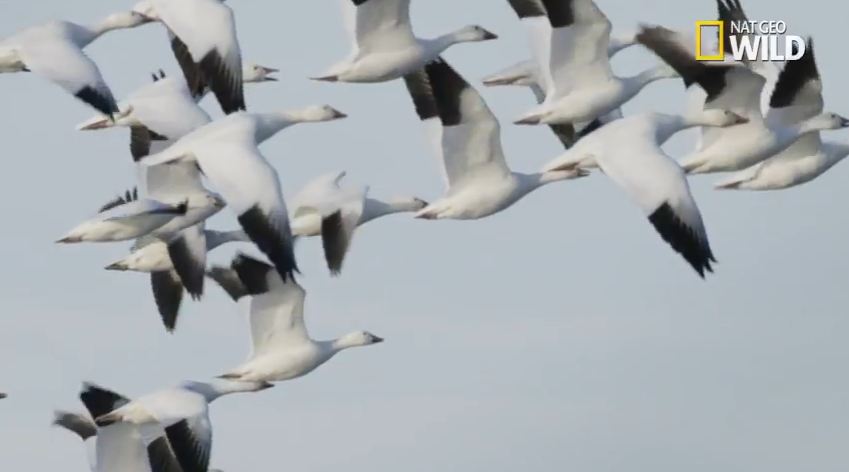 In the episode, Wong and DeAndrade camouflage themselves in a tent and photograph thousands of snow geese flying overhead, as the coyote predator hunts on the ground below. Wong even experiences the unfortunate, but natural, predator-prey relationship, as he and DeAndrade watch an injured bird succumb to the coyote.

DeAndrade said Wong was a lot of fun to work with on this particular shoot, especially since nature photography isn’t something he has tackled before.

“I’ve always admired his work and thought he might be interested in seeing a different view from behind the lens,” DeAndrade said. “He’s also a crock pot of a good time. Ultimately, we knew it would be fun.” 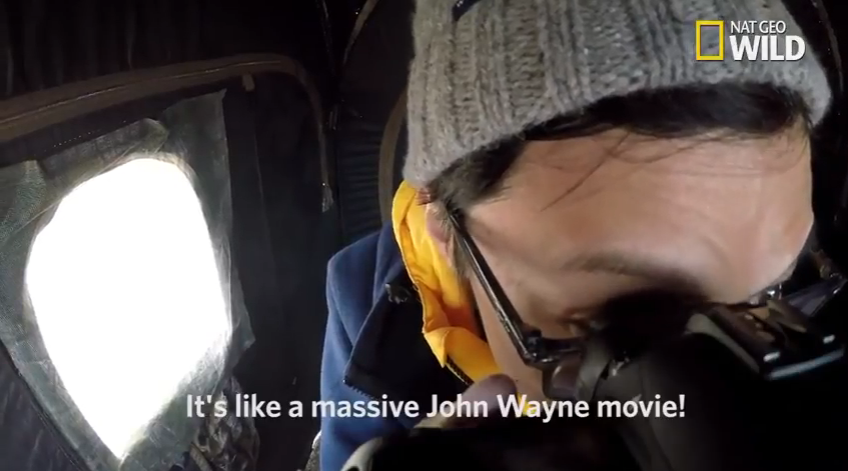 Since March of this year, DeAndrade has taken audiences on nature shoots involving monkeys vs. gators, dolphins hunting for fish, and so many more fun, exciting episodes. DeAndrade believes we all have a connection with nature, however, we have replaced this connection over time, and he wants to encourage his viewers to “let the wild out.” With photography, he wants to capture the beauty of nature and make the audience fall in love with it. By doing so, he believes this love will make people more inclined to protect it.

“I’ve been fortunate to document wildlife in many parts of the world with Nat Geo WILD and the truth is that what we have in the U.S. rivals anywhere else,” DeAndrade said. “I want to show how amazing our country is and motivate people to get out there and have as much fun as we are.”