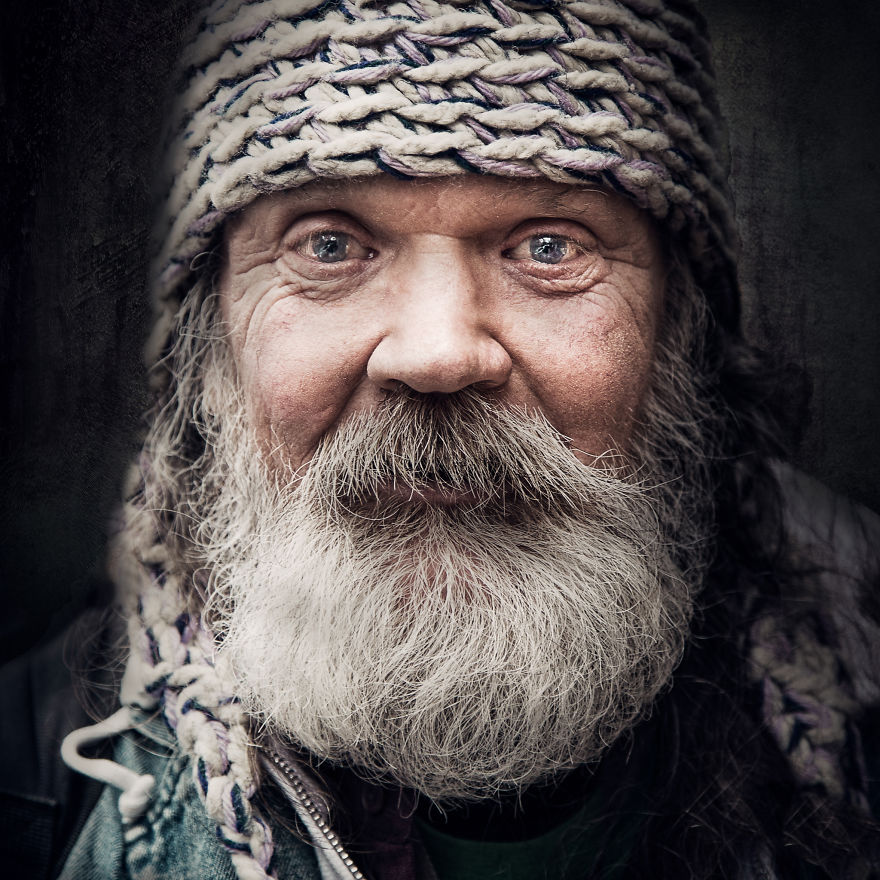 Photo Series Captures the Tragic Spirit of the Homeless

Pedro Oliveira began taking pictures as a hobby. It was his way of coping with his homesickness, in which he spent about half a year polishing his skills. At the time, he was living in the rainy Portland, OR, a completely different climate and landscape than his home country of Brazil. One day, during a walk in a local park, he found his passion for portraiture, and his project, “Careful: Soul Inside,” began.

For two hours, he had unsuccessfully searched for squirrels to photograph, when he sat down on a bench and started chatting with a white-bearded man. He soon learned the man was homeless.

“After talking to him for a couple of minutes, I asked him to let me take his picture. At first he was hesitant, but eventually he relented,” Oliveira said. “That picture was entitled ‘King James,’ and became one of the most award-winning pictures in my portfolio.” 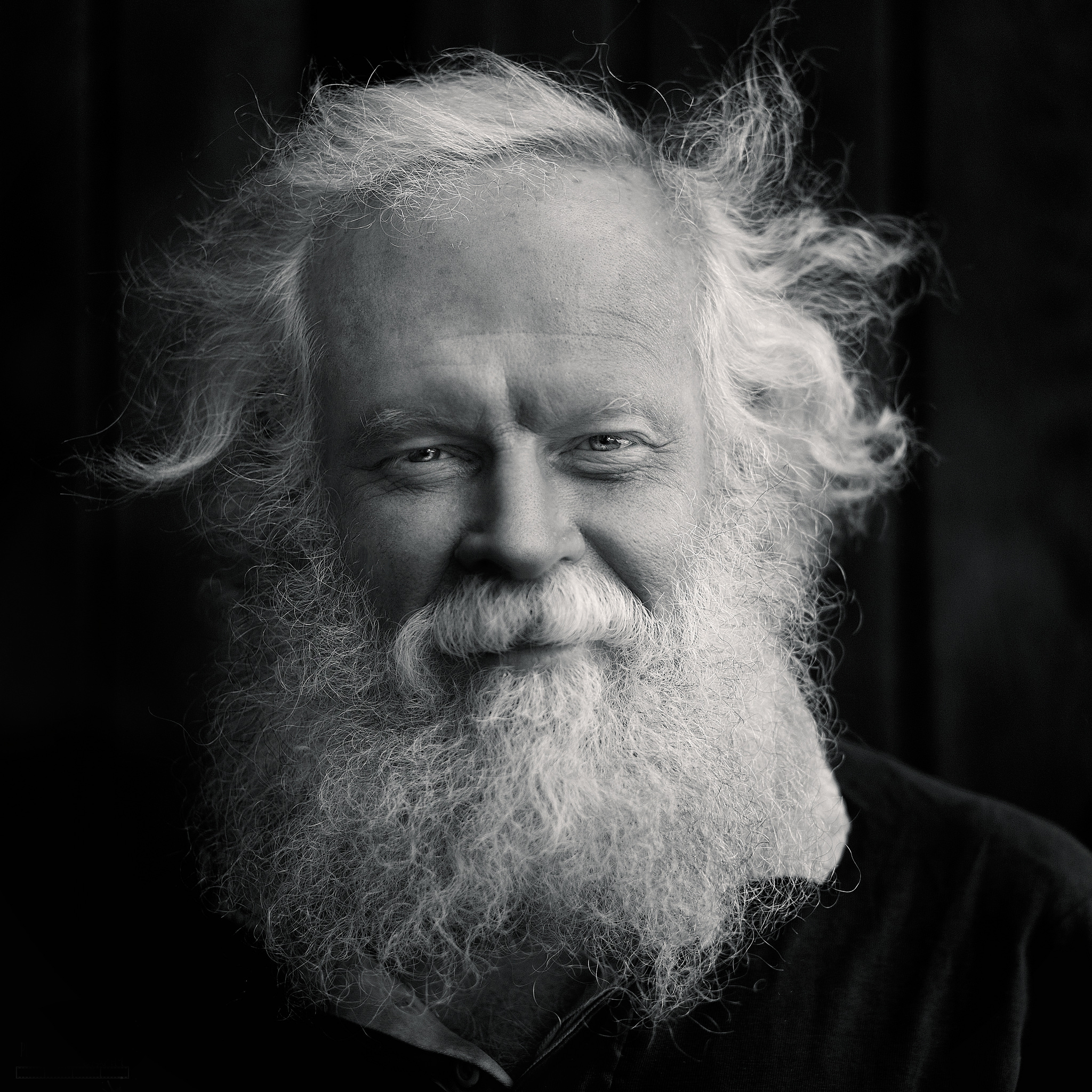 “James is a homeless guy who lives on the neighborhood, and I always see him around. Different than most of the others he doesn’t drink, smoke, or ask for money, and is often reading magazines or newspapers that he carries around. Today he seated next to me, looked at the camera and asked if I ” take pictures.” I said yes and we talked for a bit about it, and after a while I asked if he would mind me taking a picture of him. He was very shy, and at first he didn’t agree, but after I asked him to take one of myself he was so excited that he allowed me to take this portrait of him.”

Oliveira quickly received an immense amount of positive feedback online, so he decided to create an entire series dedicated to highlighting the issue of homelessness. “That was when I realized that by taking pictures of homeless people and telling their stories, I could encourage awareness of the homelessness issue and make people, who would otherwise be unaware of the issue, pay attention,” Oliveira said.

Since July 2015, Oliveira has captured over 50 portraits on the streets of Portland, as well as various locales in Southern California, Brazil, Denmark, and the UK. Most of the photographs he publishes are accompanied with the stories of these homeless subjects, depending on their conversation. Sometimes, subjects are hesitate or uncomfortable with telling their stories; other times they’ll give Oliveira something to write about. When approaching subjects, he doesn’t come at them with a camera. He likes to get to know them first, then inform them about his project, show off some previous work and ask permission to take their photo.

“Whenever I see interesting subjects, I approach them, and most of the time, I don’t even take my camera out at first. I talk to them and listen to whatever they have to say,” he said. “Sometimes I can capture long narratives, at times just a quote. What matters to me is telling their story as accurately as I can, regardless of whether what they’re telling me is true or not.” 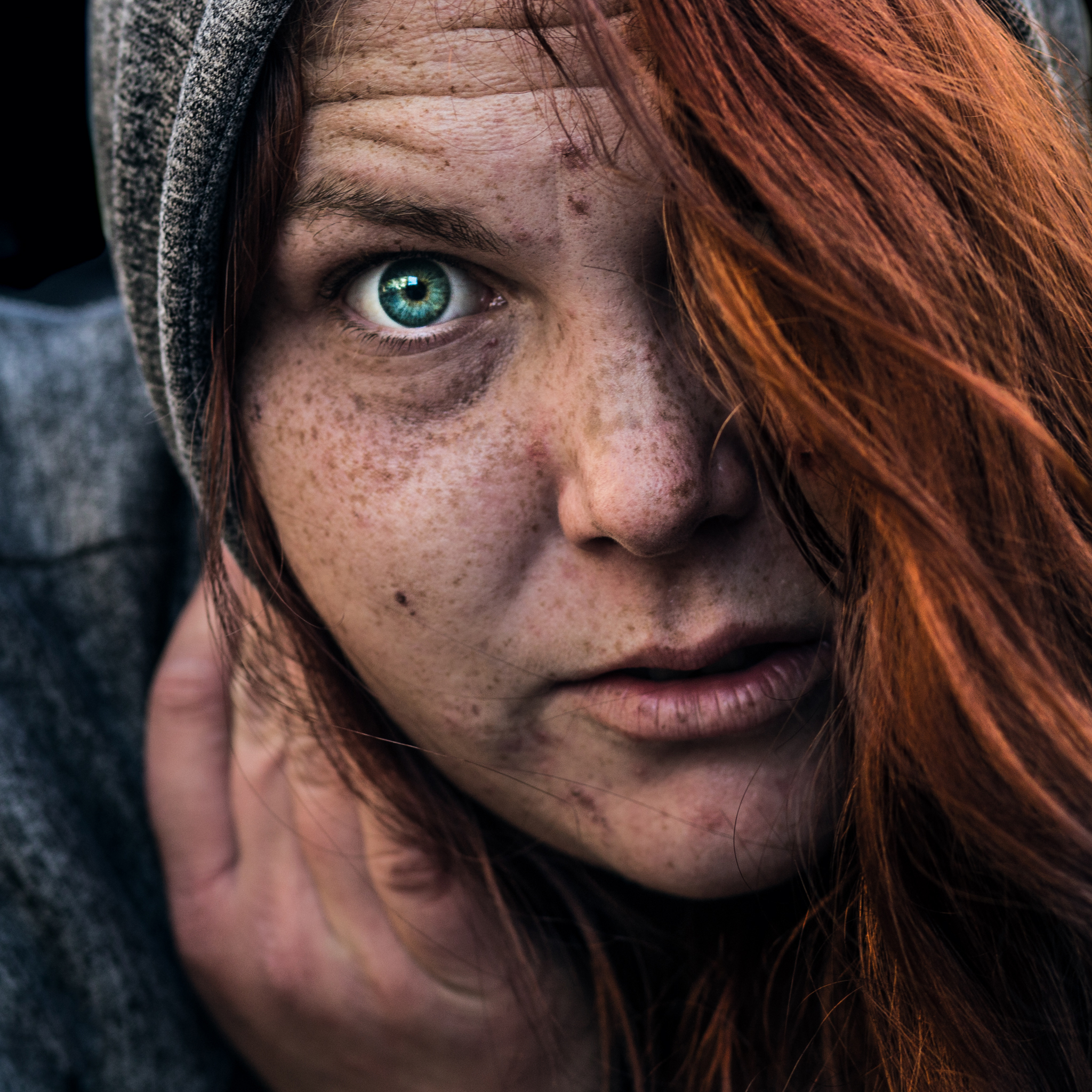 “Veronica told me that no one but herself was to blame for her condition. She explained that it started on her early teenage as a form of freeing herself, but she realized she had dove too deep to get back. After editing this pic I sent the result to her and the answer was just heart-breaking: “I loved it, but it made me cry. You’re able to frame my soul, capture my feelings and show me how I actually look like”.

One experience that sticks out to Oliveira was a touching conversation he had with a subject named Veronika. She was a 26-year-old girl who became addicted to heroin at 16 and has since struggled with this addiction for 10 years.

“Perhaps because she was the same age as my sister, Priscila, and had a fun personality, it touched me personally,” Oliveira said. “I still think about how Veronika is doing even today. I really hope to meet her again someday and to find that she has recovered from her tragic addiction.”

As one could imagine, there are several difficulties that arise when dealing with a prominent issue like homelessness. Oliveira said there are two major problems he faces when photographing these subjects: not connecting with them and apathy. He has taken over 50 portraits since 2015, but capturing photographs of the homeless has not been easy, as the number of times he’s been turned down is more than the number of times he has actually gotten a shot. He said his subjects have often been suspicious about his intentions, but when someone says no, he makes it a point not to persist.

In regards to apathy, Oliveira said people tend to develop this feeling about the cause at hand. He said to some, his project has lost its novelty and relevancy, so people nowadays tend to lack indignation toward issues like this. “Somebody being on the streets due to mental illness, domestic abuse or losing a job isn’t new anymore, so people tend to eventually accept it as part of our society and therefore not care,” he said. 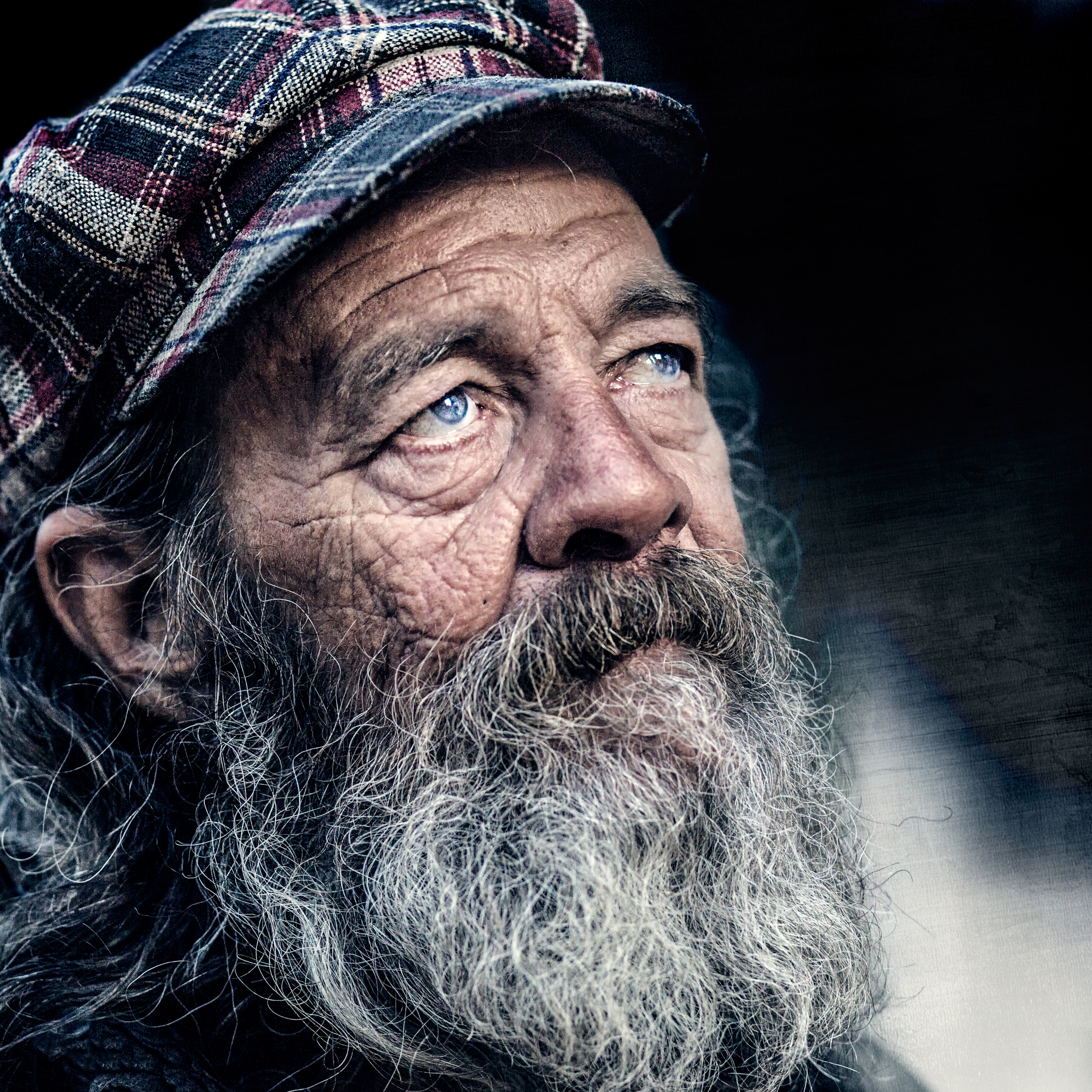 “Glen was born in Southern Oregon, has never been anywhere else but the great and pretty state of Oregon. He never got a college degree but has (proudly) never been a vagabond either: ‘I worked yes, yes. I used to be a bartender, labor worker, lumberjack. I’ve done many things, but when one gets old and the economy crashes at the same time…’ He stops for a minute and looks always, like if he was actually thinking about how he did end up there, then continues: ‘Not all of us are bums, you know? I don’t even drink. I smoke but a lot of people do. Everybody does.'”

However, there are many positive sides to the project as well. Oliveira has received supportive responses from both strangers online and those in the real world. And to some extent, his series has become an embodiment of the phrase “a picture is worth a thousand words.” Oliveira said he thinks the series became popular because it gave those looking from the outside in a new perspective, and that the essays are complementary and essential in understanding the final work.

“Their eyes scream emotion. You can see it clearly—their pain, their hopelessness, their fear of rejection. Nevertheless, I believe what made the project so popular is knowing a little more about who they are,” he said. “You have a different perspective when you are looking at ‘Glen, a guy who lost everything after working hard all life long,’ than just looking at a sad face to which you cannot relate.” 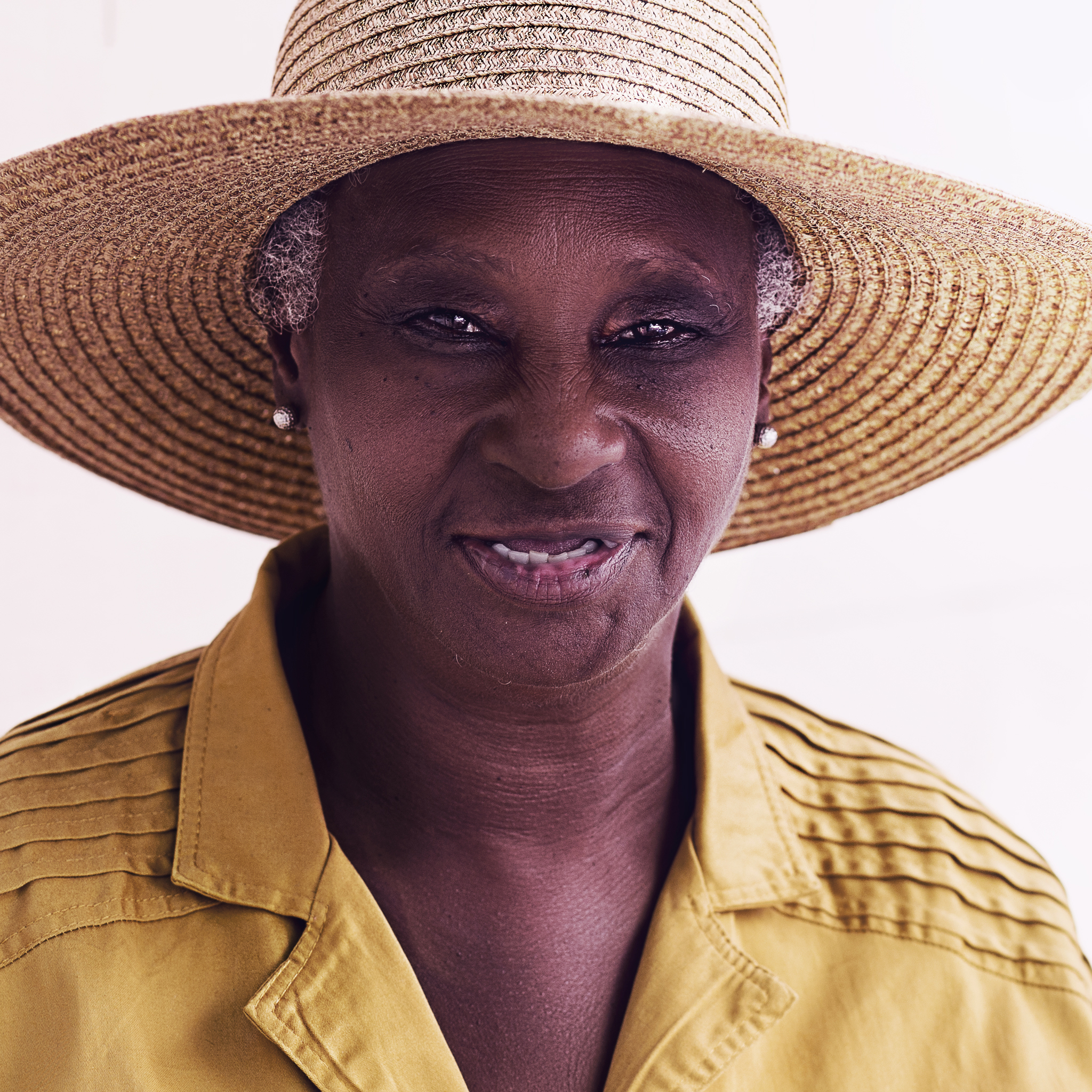 “Sandra is a StreetRoots’ vendor that I met a couple of months ago. Always very polite and upbeat, what called my attention on Sandra was her style. She is always in my neighborhood and every time I see her, she is wearing a different fancy and stylish dress.”

Oliveira said he hopes to bring awareness to an important issue through his artistic vision, and while he appreciates his audience’s love for his work, he wants them to realize that there is beauty everywhere, and that everyone is equal.

“The best way to put this is quoting what Glen, one of my subjects, told me, during our conversation: ‘Not all of us are bums, we just had bad luck. Most of society is one bad paycheck away from being where we are.'”

For more beautiful shots from this project, check out Oliveira’s Instagram.