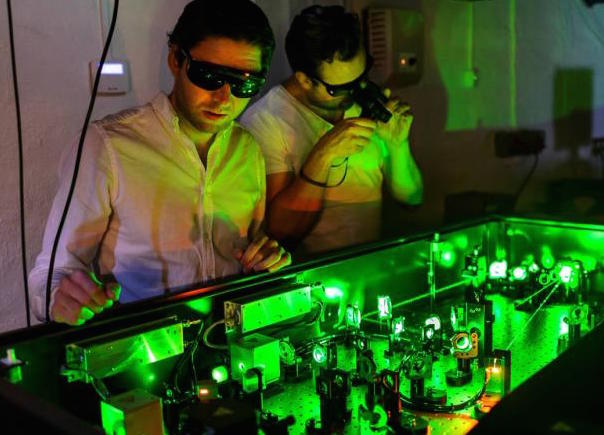 Image via Lund University by Kennet Ruona (link below)

Hi-speed photography just got a whole lot faster. Researchers at Lund University in Sweden just developed the fastest hi-speed camera in the world, capable of capturing images at a startling rate of 5 trillion frames-per-second.

The new camera is being used to study combustion in the hopes of finding a more efficient means of using fossil fuels. The previous record holder was a camera that could capture 4.4 trillion frames-per-second and was developed to study chemical reactions at the University of Tokyo. That number might sound high, but the camera doesn’t collect that information by opening and closing the shutter 5 trillion times. Rather, it collects a series of coded images and arranges them in chronological order.

The camera uses a laser to illuminate the desired image, encoding each of the 5 trillion laser pulses with a unique code and captures the return as a single image. Then the computer uses a new algorithm called FRAME, or Frequency Recognition Algorithm for Multiple Exposures, to separate the image back into individual frames based on the return rate of the codes. This creates more than 5 trillion unique images that can be arranged into a video file.

To illustrate what the camera is capable of, researchers used it to capture a beam of light as it moved across a distance equivalent to the width of a piece of paper. The algorithm is a breakthrough that could give us a better understanding of how light behaves or the way that chemicals interact that we would have otherwise never seen. Using the FRAME algorithm could lead to revolutions in fuel consumption and radioactivity.

Don’t expect to see FRAME enabled camcorders on store shelves anytime soon, but the technique is something worth considering, and if adapted for commercial use, it could allow for a new level of performance from hi-speed cameras. All those frames may cost you in terms of resolution, but it might be worth it to watch bullets deform in slow motion on impact.