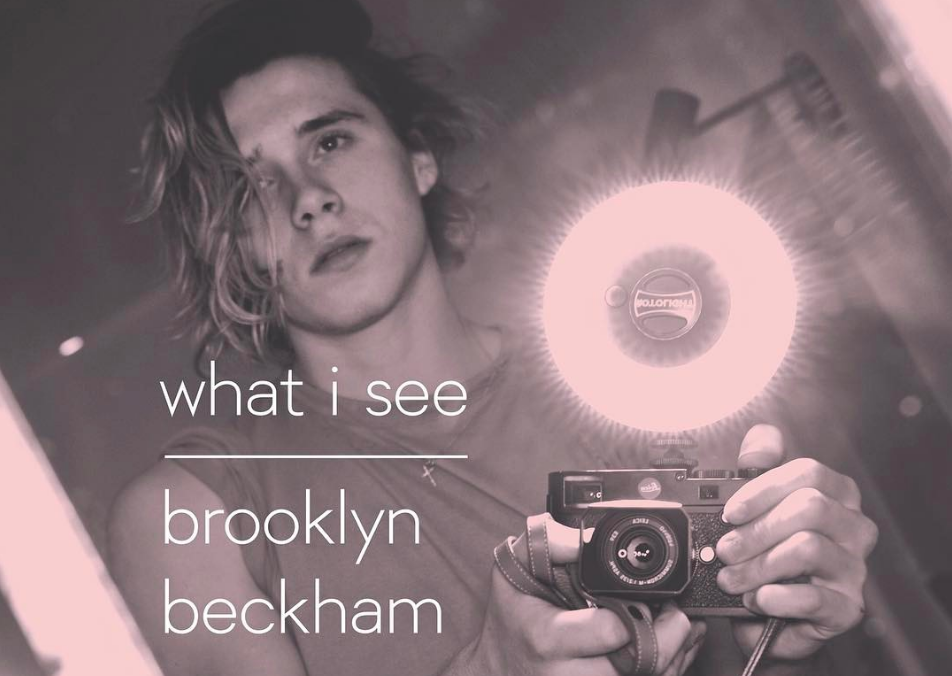 Penguin Random House UK is set to release Beckham’s photo book title, What I see, on June 29, and art critics are already getting their dirty words out there about this young artist’s first publication.

Criticism of Beckman first struck back in 2016, when he shot an ad campaign for fashion/beauty company Burberry. Professional photographer Chris Floyd called out Beckham for not earning is fame, claiming it was handed to him because of the family he was born into.

“I carry a camera around with me absolutely everywhere so I don’t miss a potential photographic moment. Having said that, I don’t love being photographed myself. I accept it because I have grown up with it,” he said to Sky News.

With over 10 million followers on Instagram, Beckham has created a lot of artistic exposure for himself, and it’s no wonder why a publishing company wants to take a chance on reaching that audience. The publication, which is set to display 300 photos, is said to tell a story—not just photos slapped down in a scrapbook.

“Each chapter tells a different story through pictures by and of Brooklyn, accompanied by captions and passages of text in his own words,” proclaims the book description.

But Managing Director of Penguin Random House Children’s, Francesca Dow, on the other hand, hopes that people will see the publication for what it’s meant to stand for. “What I See is a book for teenagers, by a teenager, which gives Brooklyn’s fans broader insight into his world seen through his unique and creative perspective,” she told The Independent.

What do you think? Does Beckham’s background give him an unfair advantage as a photographer? Or, is his family’s celebrity status preventing his work from being seen from an unbiased perspective?

Beckham will be showcasing the original photos from the book at Christie’s London in Mayfair on June 27. Each photo will be available for purchase and proceeds are set to benefit the children of the Grenfell Tower fire.