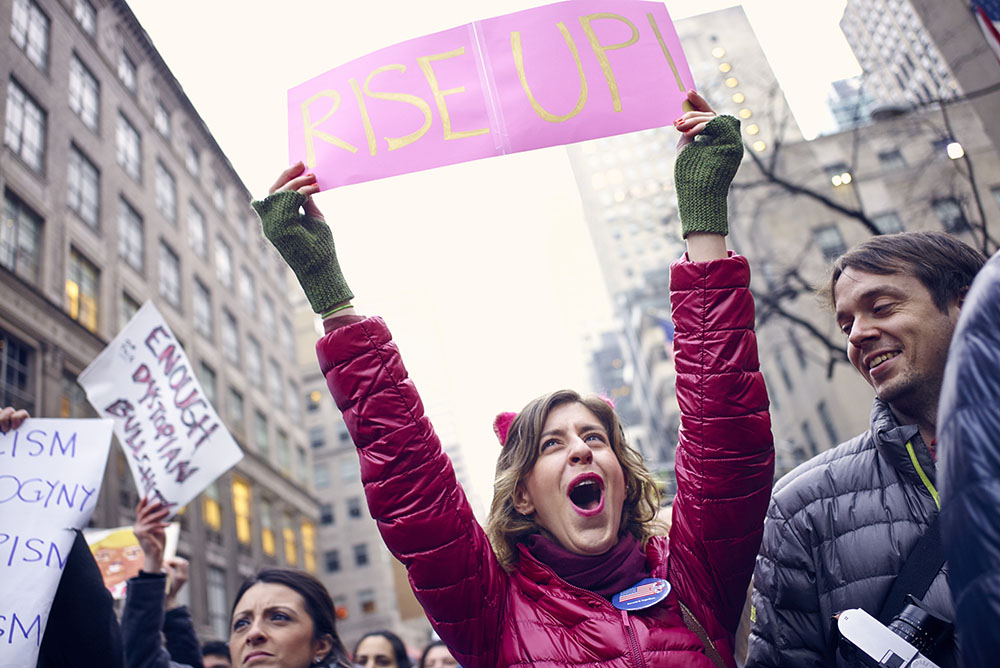 The idea that social media has evolved for purposes beyond social use is an understatement. While posts featuring evening sunsets, birthday celebrations, and (unsolicited) selfies are still applauded, the power of social media has long surpassed its original objective. Social media is now largely used in business to market products, promote brands, and connect to current customers.

On a greater scheme, social media has been used as a weapon to spread causes for social struggles of freedom, justice, and equality. Civil rights movements have capitalized social media’s influence, making cause’s values and ideas unavoidable to everyday users. In recent years, movements including the Women’s March, Black Lives Matter, and the Human Rights Campaign have all been leaders in multiplying supporters through social networking. (You can also read our cover story on Jerome Jarre and how he’s using social media to redirect millions of marketing dollars to help humanity.)

On the night of the recent presidential election, Nov. 8, 2016, Teresa Shook, resident of a small Hawaiian island, took to Facebook expressing her concerns for the future of gender equality under the country’s new administration. That’s when she catalyzed an uproar for the Women’s March on Washington. It started with a Facebook event invite. 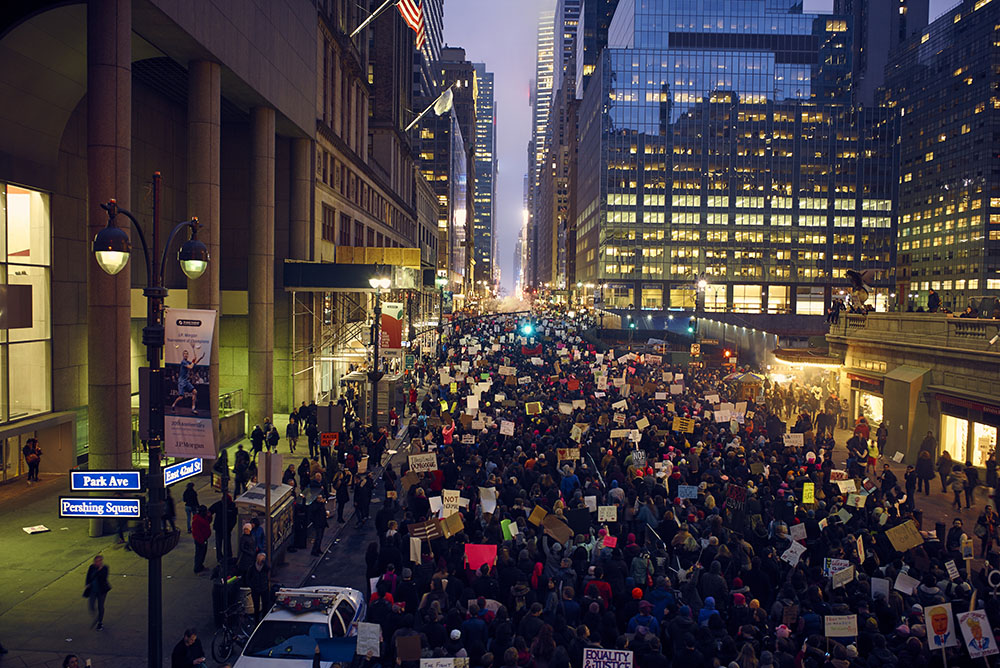 Shook’s initial Facebook event included the 40 of her friends of which she personally invited. When Shook woke up the following morning, she was shocked to see that 10,000 strangers had RSVP’ed to the event with 10,000 more expressing interest.

In total, her 40 Facebook invites sparked a whopping 500,000 men and women to march in D.C and 600 subsequent marches throughout the rest of the country in weeks to follow.

Shook, a grandmother who is in her 60s, told the Washington Post, “I guess in my heart of hearts I wanted it to happen, but I didn’t really think it would’ve ever gone viral.” Shook continued: “I don’t even know how to go viral.”

On the day of the Women’s March on Washington, Jan. 21, Shook made an on-stage appearance addressing the hundreds of thousands of who took to the streets of D.C.

“I’m overwhelmed with joy. A negative has been turned into a positive. All these people coming together to unite to try and make a difference. That’s what we’re going to be doing for the next four years. I see it’s really going to happen,” Shook said in an interview the day of the march. 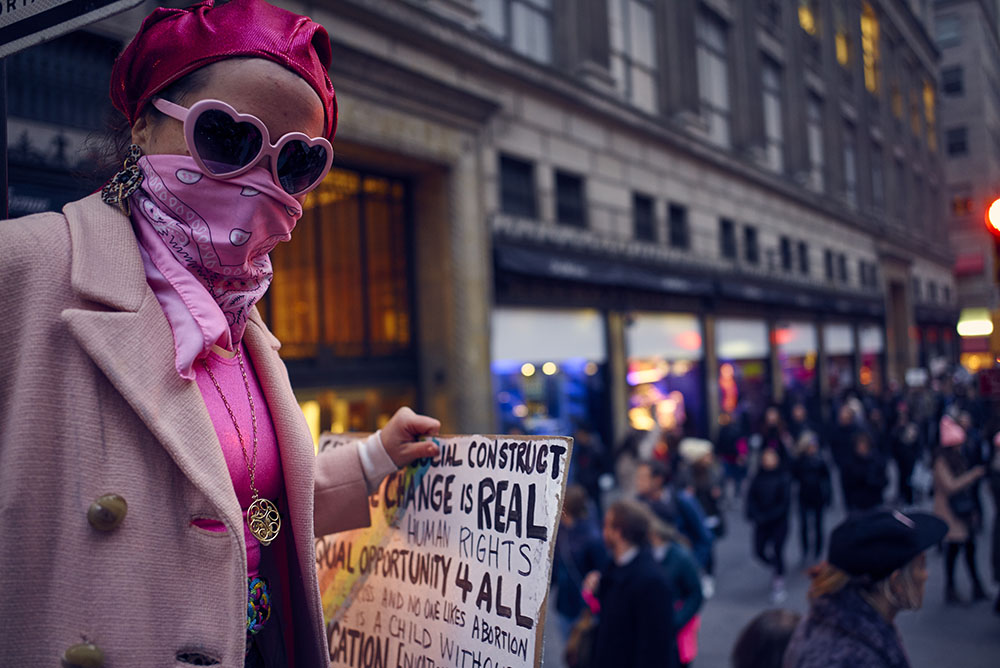 While Shook’s use of social media sparked the event itself, the greater power of social networking didn’t end there. The official Women’s March Organization promoted partakers in the March on Washington and marches around the country to post the hashtag #WhyIMarch on their Twitter and Instagram accounts. The #WhyIMarch hashtag makes marches searchable to users, encouraging further awareness for those unable to attend the march.

Black Lives Matter has also utilized social media as a key instrument in their organizations efforts to gain awareness and momentum.

A study conducted by the Pew Research Center called “Social Media Conversations About Race,” was performed to analyze how and why social media users use the hashtags #BlackLivesMatter and #AllLivesMatter within their posts. For some users, the hashtag serves the purpose of the cause. For others, the hashtags have been used to do just the opposite. 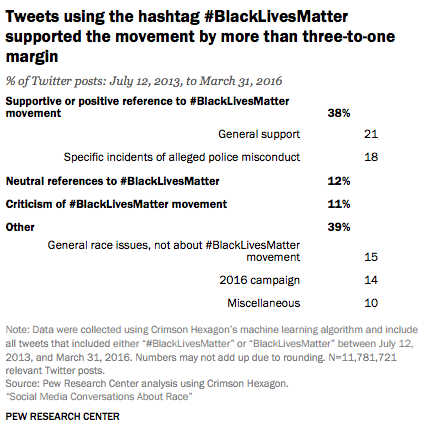 While social media has proven to be positive for social rights movements, the study shows the harsh reality of how users largely take advantage of social networking to damage social struggles for equality.

To target such users, the Guardian reports that in recent years, civil rights groups have sought out executives at companies like Twitter and Facebook to moderate abusive users. However, as reported, moderation systems by such companies are largely viewed as being “racially biased.” Civil rights groups argue that data shows how Facebook specifically censors activists of color and Black Lives Matter posts, but ignores posts of white supremacists spreading violent threats.

“Despite obstacles to improve the supervising of social networking sites, without doubt, social media has progressed development of social freedom and equality, and will continue to do so.”

In effort to work with social networking companies to improve company moderation systems,  70 civil rights organizations collaborated in a letter to Facebook CEO Mark Zuckerberg and director of Facebook’s global policy Joel Kaplan. The letter urged Facebook to not only stop censoring political speech for social justice, but also for the company to take further and larger steps at targeting offensive users.

Black Lives Matter has argued that although Facebook most certainly has the means to address these problems, the capable company has yet to make the issue of primary concern.

Despite obstacles to improve the supervising of social networking sites, without doubt, social media has progressed development of social freedom and equality, and will continue to do so. With the direction of our country’s growing social and political awareness, whether or not you enjoy seeing social rights movements across your news feeds, it’s doubtful that such stories can be avoided.

No matter if you enjoy seeing social struggles for freedom and equality broadcasted on your news feeds, it’s undeniable that social media’s growing influence on such causes is an incredible outcome from where social networking once started.