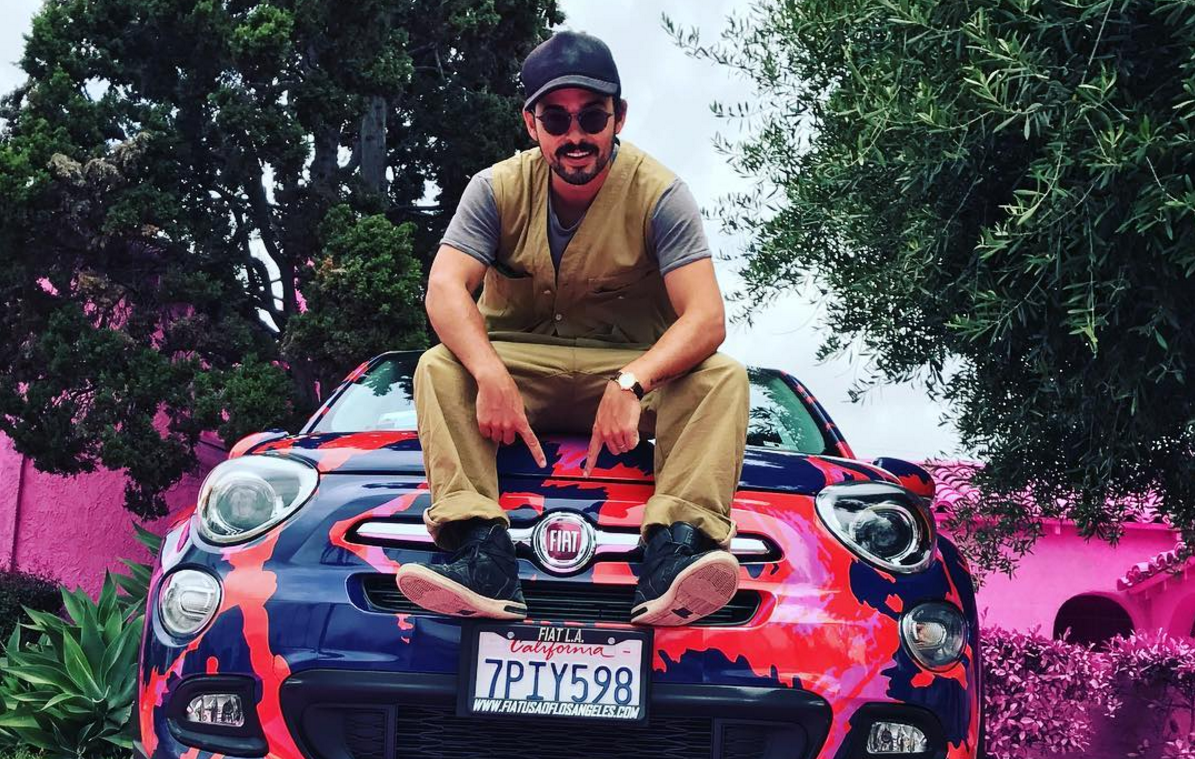 How did three LA Mid-City houses become an Instagram hotspot? Like an “art” project, they were painted Pepto-Bismol pink by Matty Monahan and his company The Mural Agency at the request of M-Rad Architecture, according to Curbed. From the rooftops to the driveways to the landscaping, every inch of these three properties were painted pink almost two weeks ago in the Pico neighborhood of LA.

The homes, which are scheduled for demolition into a 45-unit apartment complex, have been attracting a flock of unwanted visitors who have been taking eye-catching photos for their Instagram accounts. The piece emulates Monahan—who refers to himself as The Most Famous Artist—and his company’s experiential services as described on its Instagram account: “company by @themostfamousartist that creates and installs ‘Instagrammable’ experiences as a service for brand partners worldwide.”

To get inside the artist’s head about what is referred to now as “The Pink House,” we spoke with Monahan to discuss the concepts behind work.

First, we asked Monahan where he was born and where he lives now. His response? True to that of what you expect from a devoted millennial artist.

“I was born in the U.S. and I’ve lived all around the U.S. I’m currently a nomad with no physical location, but storage units in most major cities, living off Airbnb, friend’s couches, hotel tonight, kind of really embracing digital culture. I was a Stanford three-time educated tech founder, turned data driven conceptual artist,” he said.

When a #themostfamousartist painting comes to life it feels magical ?

While the rise of his “Instagrammable” artwork has upshot Monahan’s name into the spotlight, the 31-year-old artist has previously experienced notoriety for his former career as a Silicon Valley tech founder. A few years ago, instead of creating artwork, Monahan ran his social advertising company as the CEO of AlphaBoost.

So how did the former Silicon Valley tech founder turn into aspiring artist? Well, we didn’t press too hard for specifics, but we learned that due to a scandal involving a video of Monahan drunk and naked while on vacation in India that was posted to Facebook, Monahan stepped down from his position at Alphaboost in 2013.

When asked about his inspiration for producing art, Monahan wasn’t shy about the fallout of his past career and how it’s played a role in his artwork.

#themostfamousartist is out here… come by today if you want to get dirty and pink! 1500 Hi Point St Los Angeles, CA 90035 #thepinkhouse

“There’s a couple of different reasons I started producing art. It could have been when I stumbled around drunk and naked in India, which ended my tech career and started my quest for something else. If you Google “Drunk, Naked founder,” you can find that article and dig in on that,”Monahan said. He continued, describing a near death experience he had that same year in Berlin and an art class he did poorly in while attending Stanford University as other key standouts for why he decided to pursue a career in art.

Monahan discussed how his insider knowledge in the tech industry is a strong attribute to the success of his latest artwork.

“Through media, Instagram and the digital tools available to me that I both built and learned about when I was a tech entrepreneur, I’m able to perpetuate my ideas and my art to the masses,” he said.

Monahan also had a lot to say about his self-proclaimed title, “The Most Famous Artist.”

Finally, we asked Monahan what advice he would give to aspiring artists who are yearning for the kind of recognition he has recently received in the press. “I guess if you really want to be like me, you’re going to have to be willing to sell out,” Monahan replied. “My suspicion is that in the future, the artists that matter from this generation—the 21st century internet artists—are going to be praised for their collaborations with “grams” (Instagram accounts) and the way they utilize social media influencers.”

Although the idea of “selling out” may sound jarring to some artists who have taken more traditional paths, Monahan does make a fair argument. Last week, Monahan’s pink houses attracted thousands of visitors all within the first week of the project’s completion.

With that, it seems as though the deeper meaning behind a lot of today’s contemporary artwork is moving with the tide of society—a perplexed fixation for online appeal.

See more images take at the #thepinkhouse below:

Sometimes your Monday feels like a Monday. I have had to embrace (after some stress tears like a 5 year old) that today wasn't going to happen "according to plan." With some more car maintenance and delays on parts, what I felt was supposed to be a super productive start to the week has had to go a bit slower. But you know what? That's okay. I repotted my largest plant baby, and if that's the biggest thing I do today (pun intended), I'm alright with that. Be gentle with yourself. Give yourself grace and breath and time. Sometimes it doesn't all work out. But that's what afternoon dance parties and extra coffee is for. ??

The neighbors complained, so now this is completely fenced off. They must hate fun. #SonyRX100V