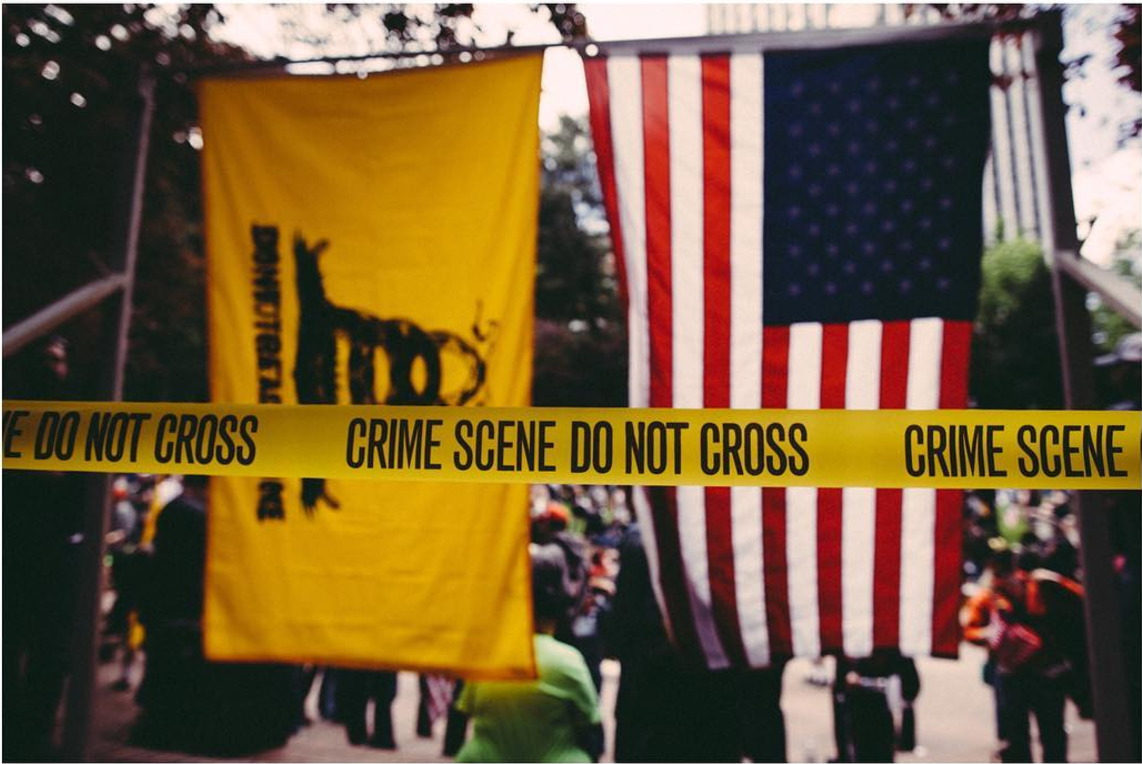 Left and right extremists meet at a crossroads once again in Portland, Ore., as the two rival protest groups have been repeatedly butting heads for the past several months, a constant battle that began even before Trump entered office.

This past Sunday, the protests started as a matter of “free speech protests” by pro-Trump supporters but were quickly met with opposition from anti-fascist protesters, which were organized by immigrant rights, labor and religious groups. By late afternoon, police intervened to break up the crowds by using flash-bang grenades and pepper spray after some protesters began projecting bricks and other objects at officers. Throughout the course of the day, 14 people were arrested after weapons were seized from the crowds. Two of the arrested were found to be carrying a concealed weapon.

Portland police, local media, protest participants and bystanders took to social media to reveal the facets of horror in the Portland protests. Here are some photos that reveal the horror of this turmoil.

Several of the weapons seized so far today. pic.twitter.com/U6z2jO0BVu

Police confiscated multitudes of weapons—ranging from bricks to clubs to knives—from protesters.

I'll be live tweeting the #portlandprotest as the crowds are already huge. And the nazis are here and proud. pic.twitter.com/ki1gXzzzAP

Left wing protestors held up signs such as “Fuck Nazis” and “Stay relentless against white suprematists.”

Social media saw a wave of protesting messages aside from the vocal protesting in downtown Portland. Although the protests were broken up by police, Portland still stands divided as is the rest of the country over several of the issues highlighted in the protests.