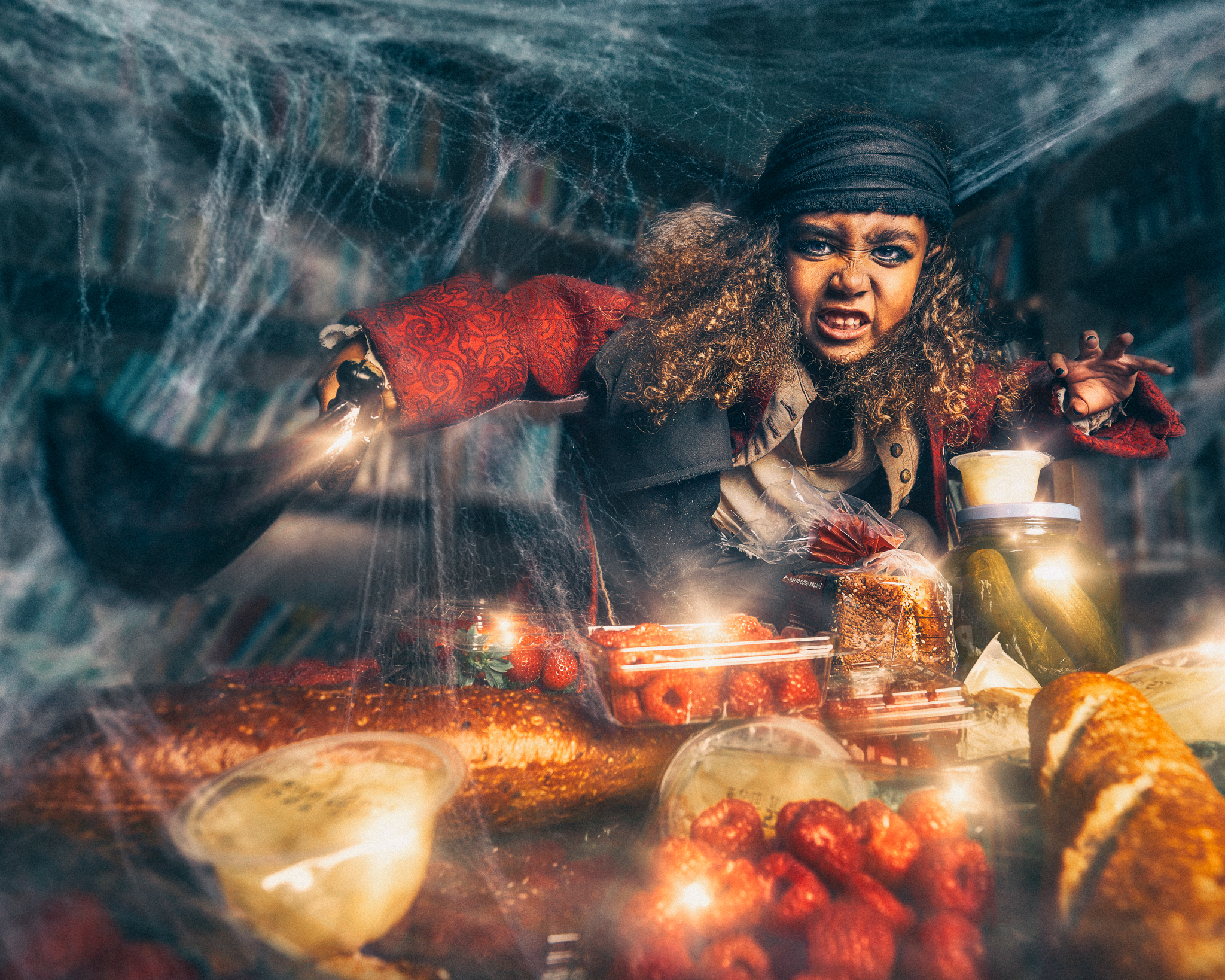 Last year, photographer Benjamin Von Wong addressed the issue of pollution through a hyper-realistic photoshoot featuring a mermaid and 10,000 plastic bottles. The project was very well received, and now Von Wong has stepped up to battle a new challenge: child hunger. 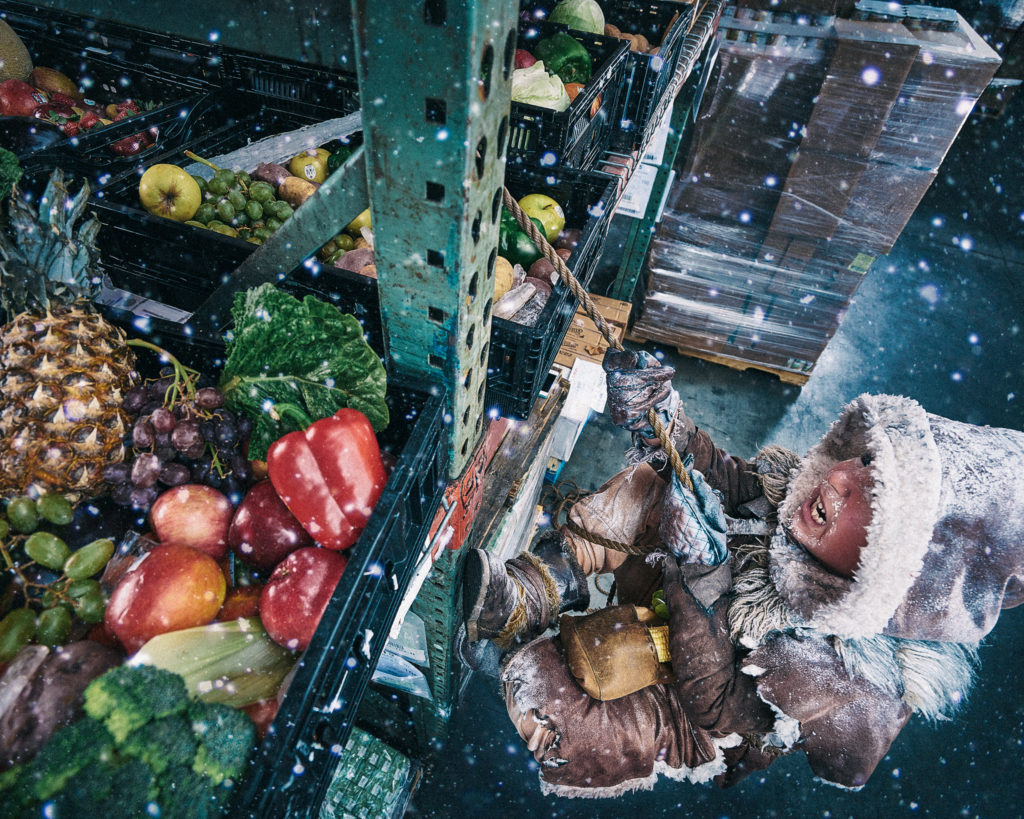 “Unfortunately, sob stories and sad photographs don’t really do well on social media, so we wanted to try a different approach,” said Von Wong in a blog post. “We decided to do a photoshoot that would highlight kids as heroes, on an epic quest to get food.” 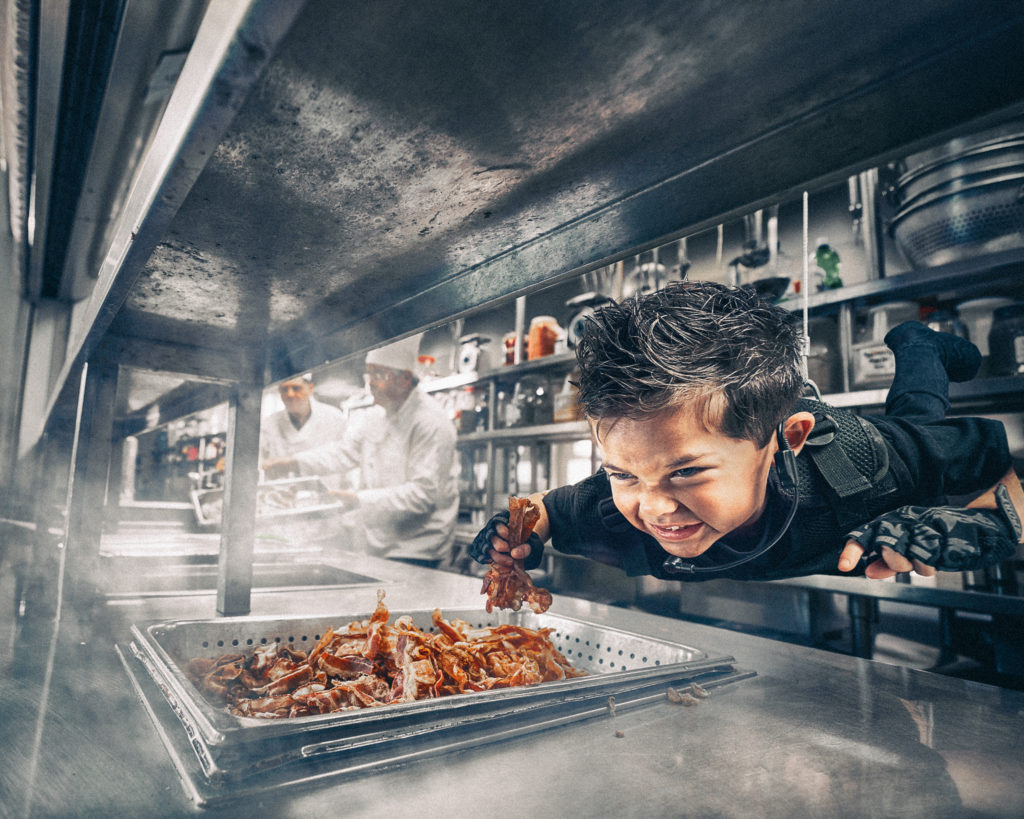 The result is a series of images that look straight out of a Hollywood blockbuster, conveying the uphill battles many of these children face while placing them in courageous and inspiring scenarios. 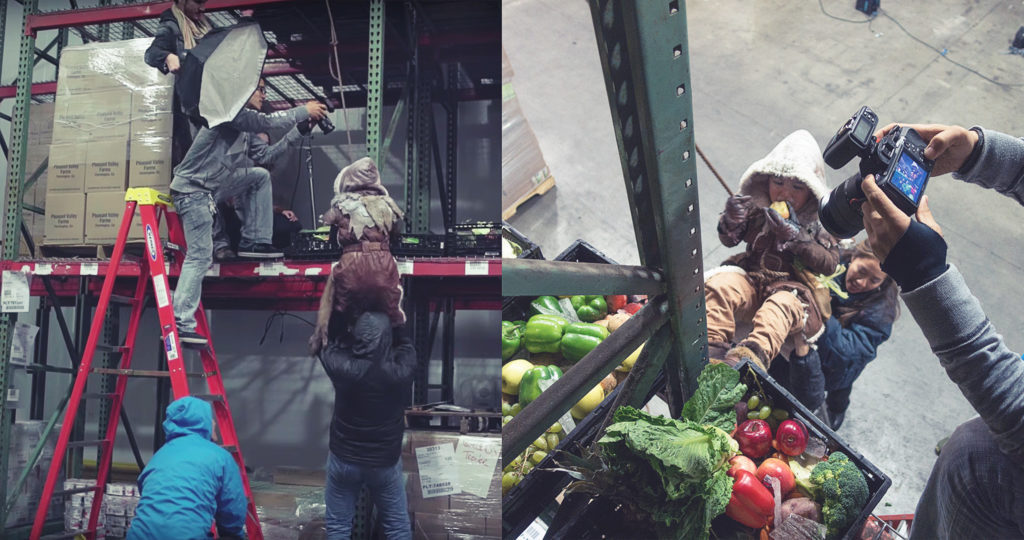 Working with some friends from Second Harvest Food Bank, Von Wong was able to creative inexpensive sets that visually pop. Each image is a bit of a separate project, as each shot was taken in different location with a different subject and tone than the others. Some of these sets were fairly straightforward, using a well-placed LED to illuminate the face of the child, for example. Others, though, we’re a bit more complex, like using a focused beam of light to prevent the subject from being included in the motion blur seen around her as she races through the aisles of a grocery store. 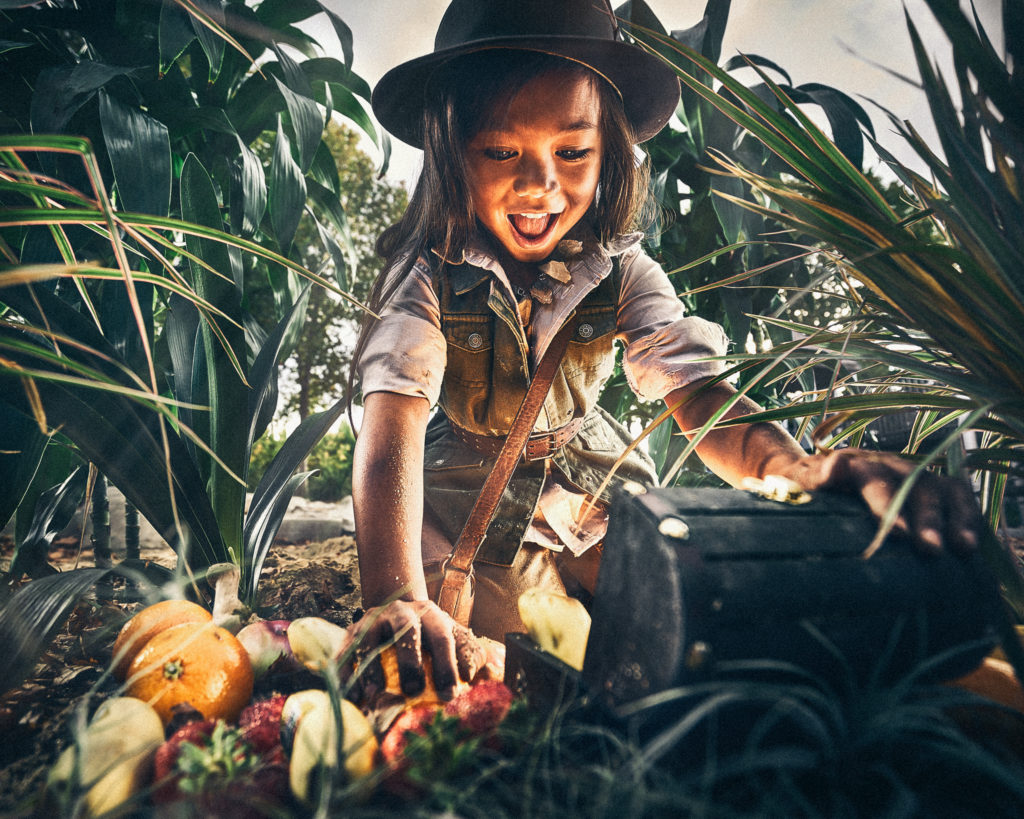 The overall purpose of the series is to help raise money for Second Harvest, one of the largest food banks in the nation. Click here to donate—for only 50 cents the organization is able to deliver a meal to child in need. You can also check out the full gallery of images here, along with more behind-the-scenes content. 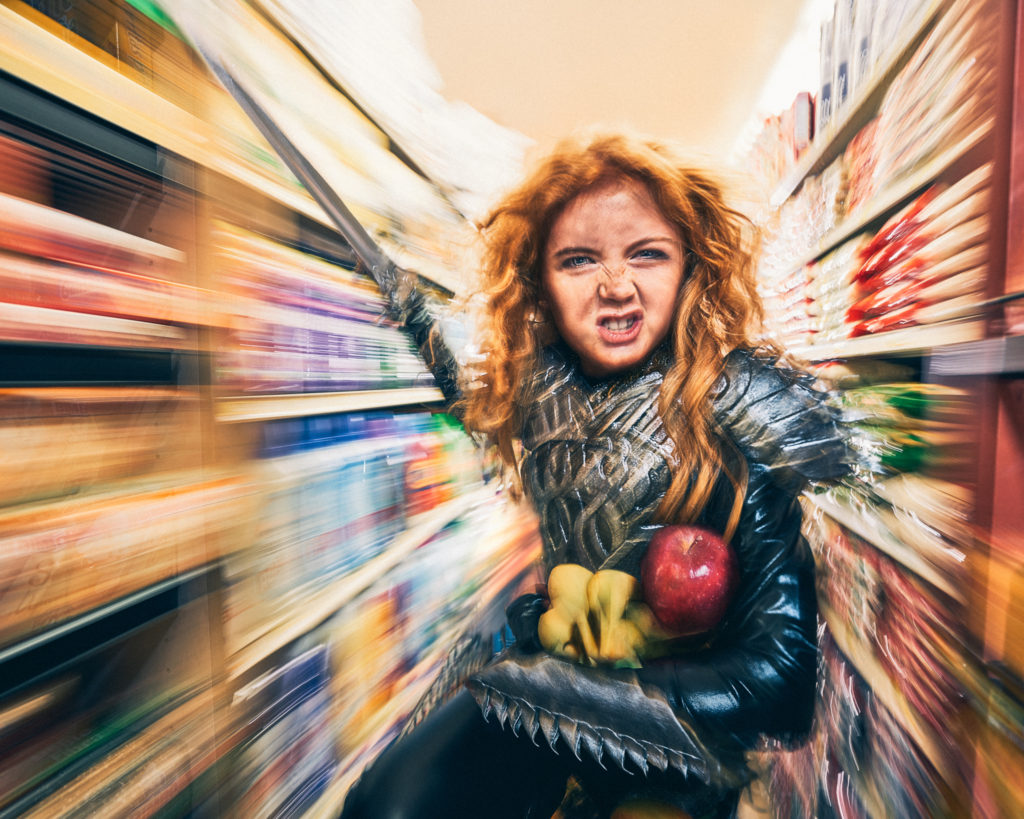