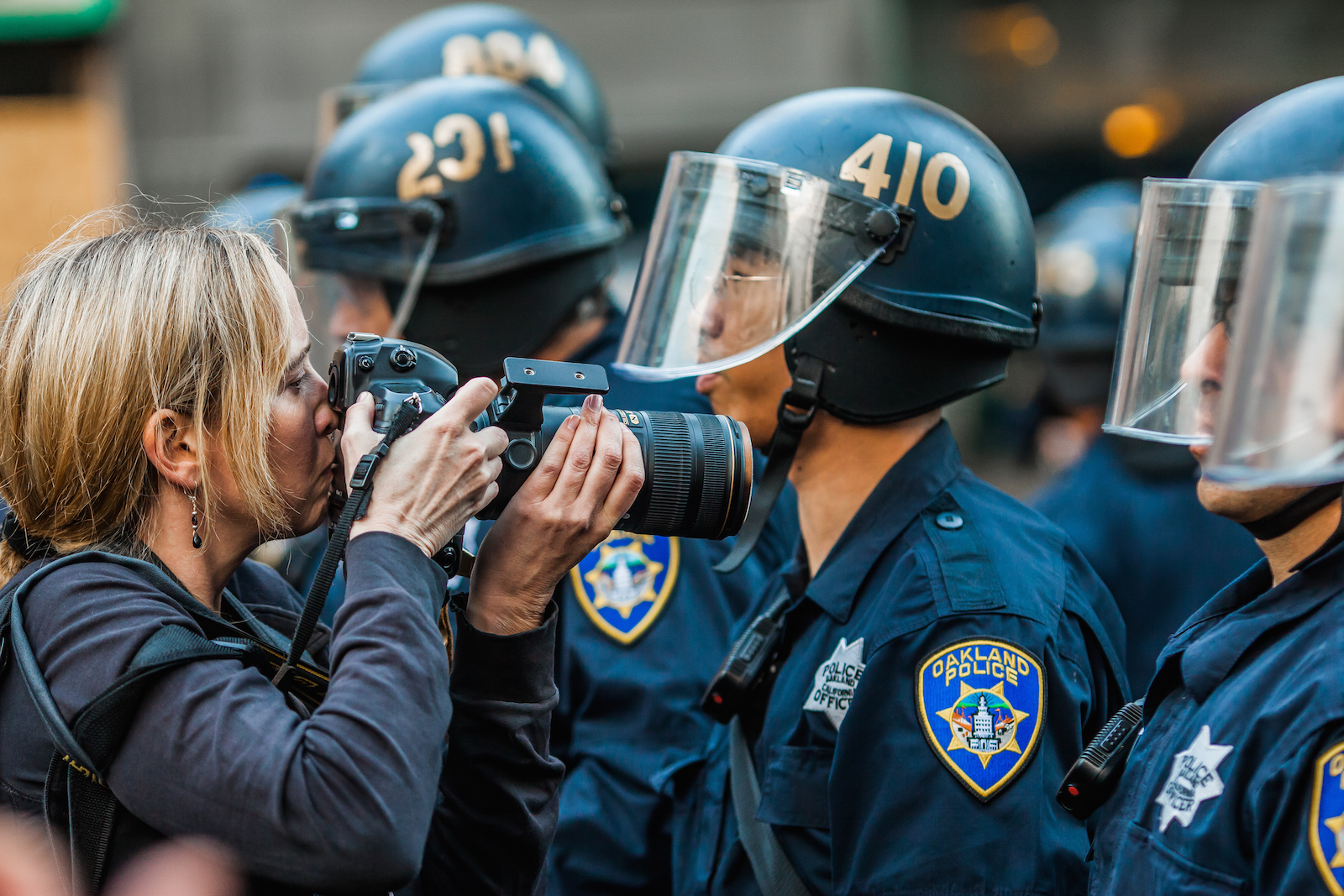 It would be an understatement to say that the relationship between law enforcement and press hasn’t historically been positive. Even a 1949 police report states, “good press relations have not always existed in police departments,” urging officers to let go of their resentment since it’s usually “not well founded.” Fast forward half a century, and modern organizations such as Photography is Not a Crime are revealing how things have yet to take a turn for the better.

During the 2011 Occupy Wall Street protests in New York, for example, things got so out of hand that The New York Times Executive Director George Freeman addressed an official letter to NYPD-superiors. He was supported by 12 other prominent figures in American journalism, demanding an explanation for the abuse of various journalists covering the movement. “In response, we had a meeting with Police Commissioner Kelly,” said Freeman in an e-mail, resulting in Kelly’s reissuing of NYPD guidelines, which Freeman considers quite supportive of press access. “This was a good step forward, but the ongoing question is whether the cop on the street late at night in a volatile situation gives a thought about directives from on [sic] high.” 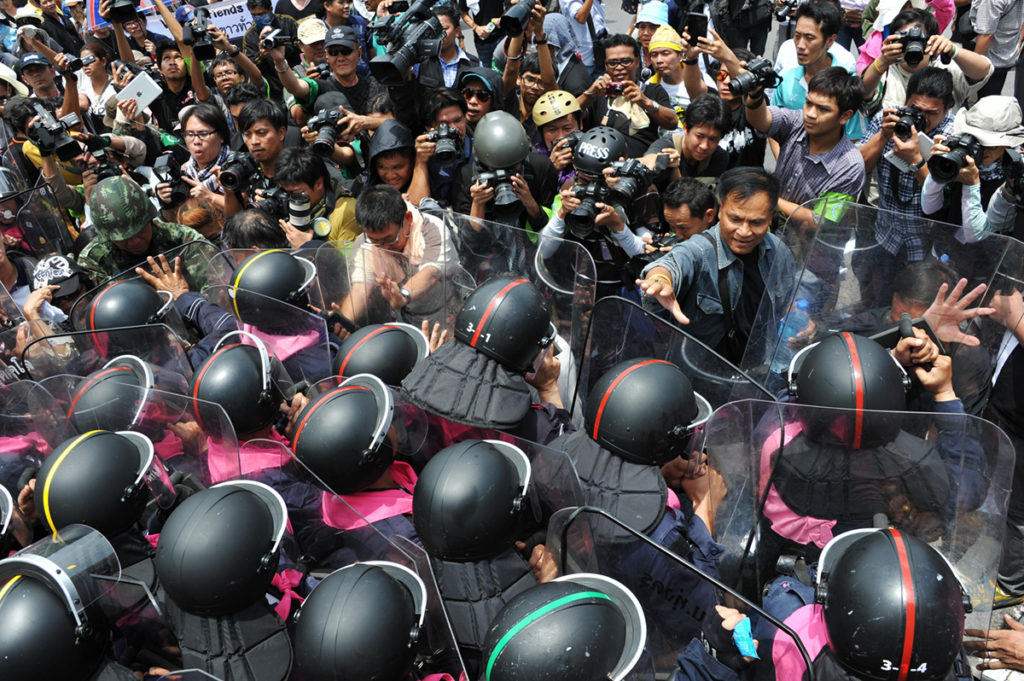 There’s really no denying that journalists and photographers, at times, are wrongly targeted and mistreated by the police. But for those currently working in the field, it’s a question of how this can be avoided, and what steps can be taken to ensure that each side can effectively do their jobs.

But it’s not always that simple. In April 2015, for example, a Baltimore protest after the death of Freddie Gray, 25, who died days after suffering a severe spinal injury while in police custody, resulted in a night of violence—rocks were thrown, riot shields were raised. In the midst of the stand off, Reuters Photographer Sait Serkan Gurbuz was arrested and Joseph M. Giordano, a photo editor at City Paper, was beaten. According to The Baltimore Sun, Giordano reported that “he was hit in the head with multiple police shields, had his ‘face pretty much smushed down on the ground,’ and sustained multiple bruises after several officers rushed at him as he shot pictures.” The original City Paper article containing Giordano’s statements no longer exists on the web.

“I try to remember to be smart, stay calm, be aware my surroundings and be mindful.”

Gurbuz writes in an e-mail that he believes this encounter was “a clear violation of the freedom of the press, guaranteed by the First Amendment.” However, he says that he doesn’t hold a grudge and was quick to close the case. “A spokesperson apologized to me publicly and admitted the department’s wrongdoing,” he said. “The citation they gave me for ‘failure to obey’ was taken back, as well. Although I was tackled to the ground and my arms were twisted behind me, luckily I was not injured, and my equipment was intact.”

Giordano also chose not to take action against the police for what happened to him. He didn’t want to call attention to himself and considers “getting caught up in hazardous situations” to be a part of his duties as a photojournalist. “Some pay with their lives,” he said, adding that he feels like members of the media are being “marginalized like never before.”

Both Giordano and Gurbuz say the only way they could have prevented what happened would be to neglect their responsibilities as photographers. “I could have ran, but I needed those photos,” Giordano said. This is why they don’t plan to approach future situations any differently. “I try to remember to be smart, stay calm, be aware my surroundings and be mindful.” 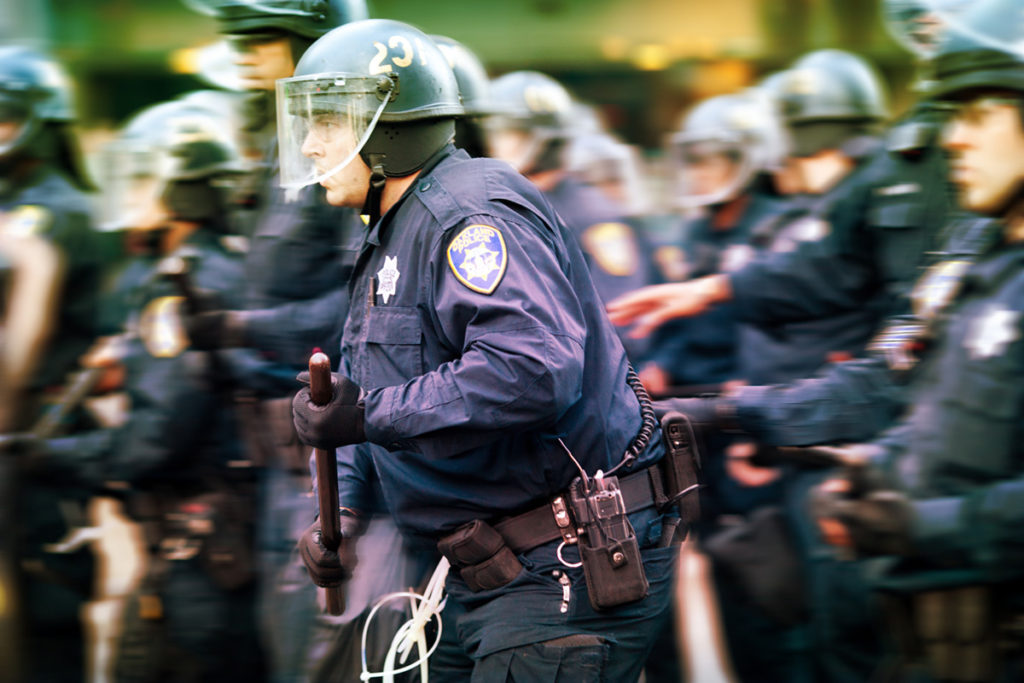 T.J. Smith, Chief Media Relations at the Baltimore Police Department, says scenarios like this are far from commonplace. “We don’t routinely have negative encounters with photographers or other journalists,” he said an e-mail. “But in tense situations, like riots and protests, every second matters for public and officer safety. At times of heightened awareness, it is sometimes impossible to discern a member of the press from a citizen engaging in illegal activity.”

This conflicts with Gurbuz’s recount, who claims to have been wearing visible press credentials and carrying professional equipment. “I don’t think I could be confused for a protester,” he said.

But there are surely two sides to every story, and the real question is not about what happened in the past, but the solution to move forward. Perhaps Smith sums it up best: “The relationship between the police and media or photographers should be one of mutual respect.” In the meantime, here are some tips from the experts to avoid arrest as a photographer.

Sait Serkan Gurbuz: “Whether to make an arrest is up to a law enforcement officer; it is beyond the control of the individual who is taken into custody. Do not interfere with police work, follow lawful orders, wear your media credentials, verbally identify yourself as a journalist if you are approached, be courteous and hope for the best.”

George Freeman: “The keys are good judgement and knowing human nature. Knowing your rights under the law is helpful, but more important is sizing up the volatile situation and figuring out where the cops are coming from, and acting accordingly—while, of course, trying within reason to gather as much information as possible.”

Joseph M. Giordano: “By obeying the lawful orders of the police. This does not always work in our modern times though. A Reuters photographer was arrested during the Baltimore Uprising after following orders.”

T.J. Smith chose not to explicitly respond to this question, but pointed out that “it is incumbent upon members of the media to be respectful of the laws and safety of citizens, law enforcement, and themselves.”

This story was originally published in the Fall 2016 “Humanity Issue” of Resource Magazine. Visit the Resource Shop to pick up a copy.