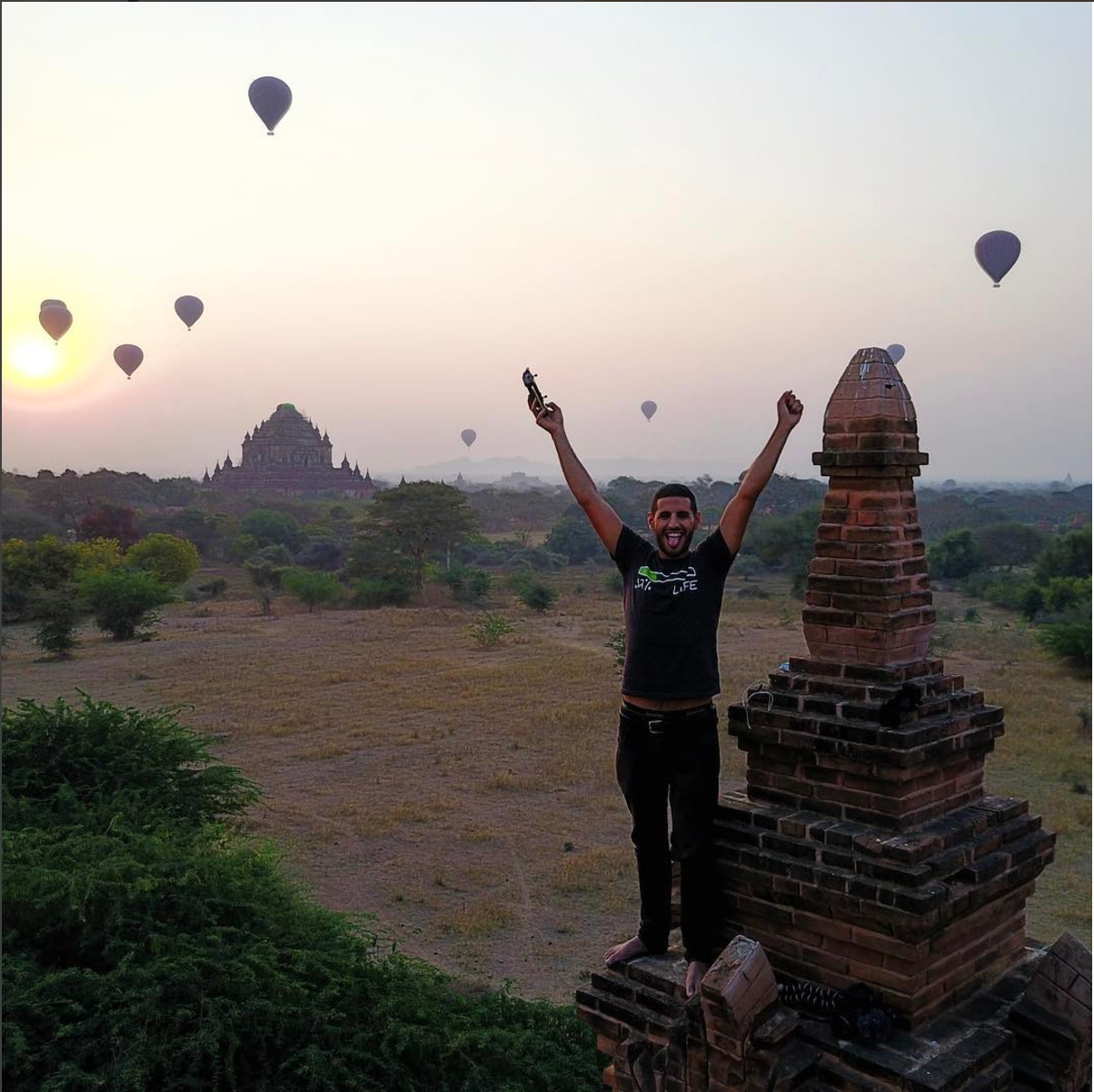 Over a year ago, Nuseir Yassin, the face and mind behind viral videographer Nas Daily, quit his job at Venmo in New York City. Since then, Yassin, 25, says he’s at “33 percent,” which is the fraction of his life already lived, and even wears T-shirts with a 33 percent timeline every day. Today, despite his past as a Harvard graduate, he travels and makes videos everything, something so many people aren’t able to do until the latter part of their lives.

“438 days ago (from the time of this interview) I was a software engineer at Venmo. I quit, and the day after I started making videos,” Yassin said. “I got to control the best hours of the day, which were normally spent indoors at my desk job. I get to actually go out and talk to other people, unlike when you’re behind a desk.”

Currently at 1.4 million likes and 200 million views, Nas Daily is a daily video diary where Nas shares the happenings of his life or showcases the lives of others in one minute or less.

“At its peak, Nas Daily will be the Humans of New York—of videos,” said Yassin. “But for now it’s just me living my best life and showcasing my friends’ lives as well.”

Nas Daily has taken Yassin all over the world, from the Philippines to his home in Israel and to Madagascar and New York. “My favorite trip has been to the Philippines. Next, I want to go to Latin and South America, starting in Brazil,” Yassin said. “But honestly, I look forward to the next day since it’s hard to predict videos a month from now.”

Within the past year, the Nas Daily Facebook page has garnered over 1.4 million likes. Yassin currently runs the page himself—planning, filming, editing and interacting with viewers in the comments section.

In a recent video, Yassin announced he and a team of friends are in the works of creating a Nas Daily App, designed to be the best way to create and discover videos. Apart from the Nas Daily Company, Yassin wants to continue to grow the reach of Nas Daily to inspire more people to live their best life.

“Through Nas Daily, I want people to watch me live my best life and hopefully it inspires them to go out and live their best life. I wear the t-shirt to remind you life is finite. You just have to see that life after you quit, like my life, can be something you dream of,” Yassin said.