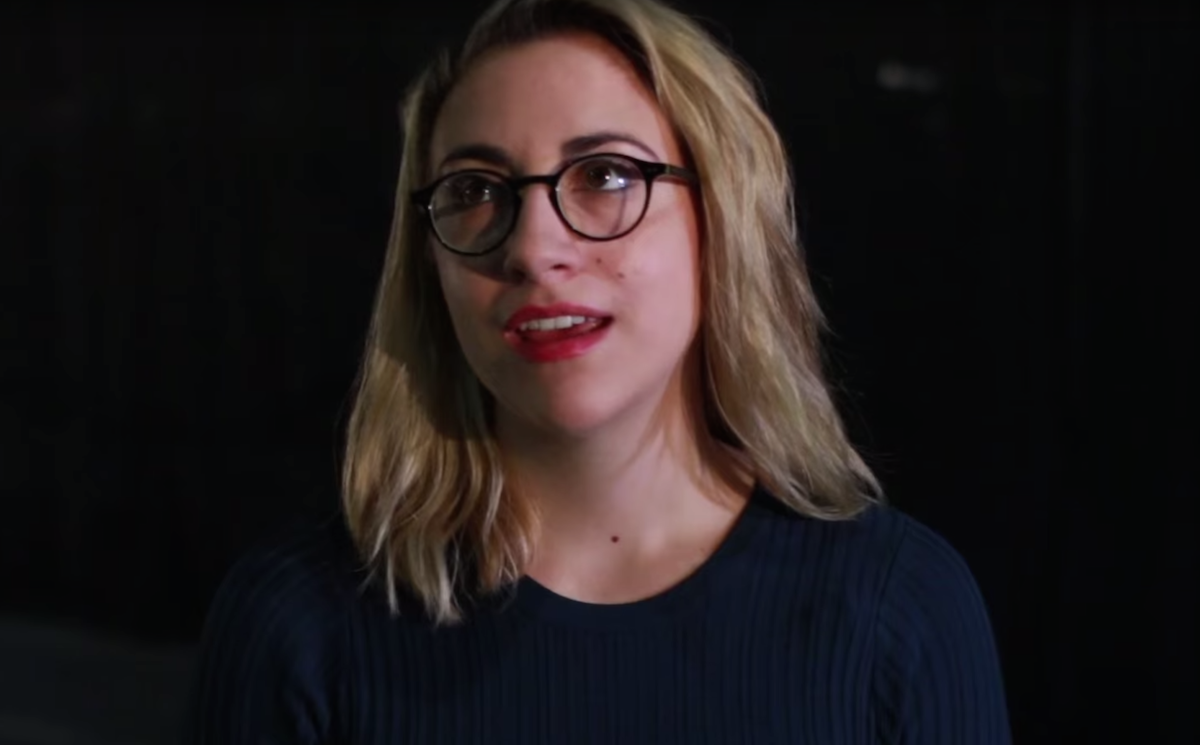 Filmmaker Ali Vingiano on Life After BuzzFeed and Authentic Storytelling

The internet today is all about relatable content. It’s also imperative to strike a balance between stories that help build an audience and creating high-quality videos or pieces of writing that offer information, a new perspective or engaging analysis.

Writer, filmmaker and comedian Ali Vingiano, most known for the short films she made as a video producer for BuzzFeed, does just that, striving to tell the stories that she wants to tell with honesty. “Some are more serious and others are funnier, but my goal is always to be honest and nuanced and to tell the truth about how something feels, or what it’s like to live in a specific body,” she said.

These qualities are certainly recognizable in her videos ‘When I Saw Him Again’ and ‘Exes,’ the two short films Vingiano is personally most proud of. ‘When I Saw Him Again’ depicts a woman who continues to run into the man who raped her in college. She eventually sees him with another woman, his fiance, at which point she decides to confront the couple.

‘Exes,’ while equally as impactful, is a bit more lighthearted. In the short and sweet video, exes run into each other at a mutual friend’s birthday party. Transforming from awkward “hello’s” into an even more awkward sexual rekindling, there are subtitles throughout the video revealing what the words they’re saying really mean. The short film essentially captures what plenty of us have experienced with those ex-partners we just can’t seem to quit in a funny, relatable way.

While Vingiano herself acts in many of her projects, she says writing and directing are her passions. “I could give up producing, acting, or editing and be happy and fine, but if I couldn’t write or direct I’m not sure what I would do,” she said. “I guess I’d just audition for other people’s scripts all day and be very sad and frustrated.”

Her passion for telling stories about real people and situations in an authentic manner is paying off. Recently on Twitter, Vingiano announced that after four years she is moving on from BuzzFeed, where she has produced a large portion of her videos.

After 4 years, I am leaving BuzzFeed. It was an amazing job where I made over 100 videos, from 2 minute sketches to 20 minute short films.

She also said that she’s just getting started and hopes to create bigger and better work. Oh, and she also wants to live a little more like Rihanna — killing it career-wise and spending more time on boats. We caught up with Vingiano to chat about her work and the future (this interview has been edited slightly for grammar and flow).

Hey Ali, let’s start with some background. I’m wondering if video production always your goal or if you’ve ever planned on doing anything else?

I actually studied Political Science in undergrad, and minored in Film & Media Studies. After that I went to the Columbia Publishing Course at the Columbia Journalism School. I always loved film and screenwriting, and thought I would do documentaries film or some sort of political filmmaking. When I graduated college I started taking classes UCB and got into comedy, and delved into that completely. It opened my eyes to the realm of possibility for what I could do with my talents and interests. I looked at people like Nora Ephron, who was a journalist before becoming a screenwriter, as a role model for the path I thought I’d take. But with the internet and video-making I’ve definitely carved out a different path for myself, and I’m very happy to be on it!

Tell me about your BuzzFeed work. How much control did you have over the production in terms of writing, shooting, lighting, editing, etc?

I write, direct, edit and produce almost all of my videos at BuzzFeed. I’ll occasionally shoot them as well. You learn so much working at BuzzFeed, and I’m grateful that now if I go direct a feature, I’ll understand how long it will take to set up lights for any scene, what the gaffers will need from me, and have the language to speak to all of the crew members about their work. Knowing how to shoot, light, act, and edit has absolutely made me a better director and writer.

Did you have experience with that beforehand and did you face a learning curve when you started with BuzzFeed?

I had experience writing, directing, producing and editing both from college and the independent projects I did on my own before BuzzFeed. There was a learning curve with operating cameras and lighting, as well as using programs like After Effects and Photoshop.

How was your overall experience at BuzzFeed? What’s drawn your to start working as a freelancer?

BuzzFeed taught me a ton and I’m really proud of the work I did there. I do appreciate the creative freedom and ownership over your work that comes with freelancing.

In the videos you’ve done you’ve addressed both lighthearted topics and more heavy ones like rape and abusive relationships. What drives you to explore such a wide range of topics?

I just tell the stories I want to tell. Some are more serious and others are funnier, but my goal is always to be honest and nuanced and to tell the truth about how something feels, or what it’s like to live in a specific body. I’m mostly drawn to dark comedy, but I’d never want to limit myself. I love making comedy, and I also love making drama.

You act in a lot of your videos. Can you tell me how that came about?

When I was a kid being an actress was my dream! I didn’t think of it as a real possibility, but I always went to theater camp and auditioned for all the musicals at my high school. (I couldn’t sing though, I was always in the chorus.) In college I played Alice in a production of ‘Closer,’ and it was the first time I seriously considered the prospect of performing. It’s such a good play and such a good role.

Then when I started taking UCB classes in 2013, I was really inspired by seeing people like Iliana Glazer and Abbi Jacobson writing for themselves in the Broad City web series, and seeing the way other people in the community were casting themselves in sketch videos and making stuff with friends. Everything seemed accessible. So I started making shorts and sketch videos with friends, and casting myself in some of them (those videos then went viral and put me on course to get the BuzzFeed job.) At this point, I act in videos half out of convenience, and half because I enjoy it and think I’m pretty okay at it.

What would you say is your favorite part of the whole video production process?

Writing and directing. I could give up producing, acting, or editing and be happy and fine, but if I couldn’t write or direct I’m not sure what I would do. I guess I’d just audition for other people’s scripts all day and be very sad and frustrated.

Do you have an ultimate career goal?

My career goal is to have the freedom and creative control to make things I like with access to the resources I need. And also to own a boat. Or at least spend more time on boats. Have you seen Rihanna’s Instagram? She’s always traveling and hanging out on boats and totally killing it, and I think that the ultimate goal is to live life more like Rihanna.

For sure. Thanks, Ali.