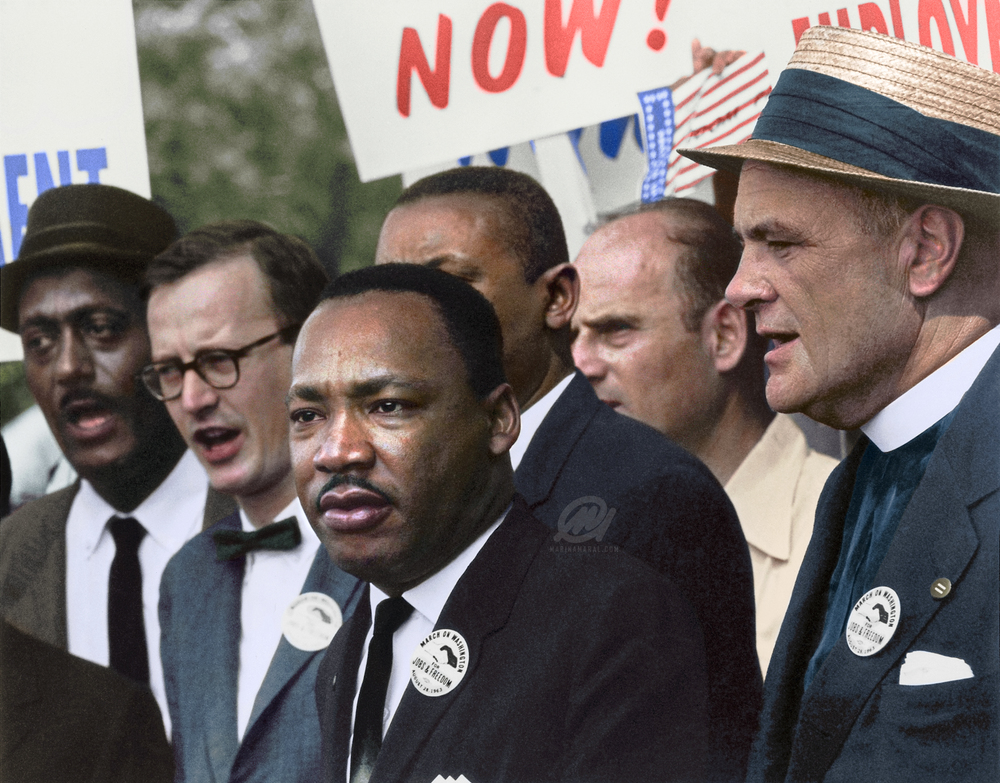 Twenty-one-year-old Brazilian artist, Marina Amaral, has used her talent to bring the past back to life, transforming emotive and momentous black-and-white photos into color. With enormous hours of tender, love, and care, Amaral has used her post-processing skills to transform images of historic figures like Martin Luther King and John F. Kennedy and events like World War II and Hiroshima, somehow feel palpable. 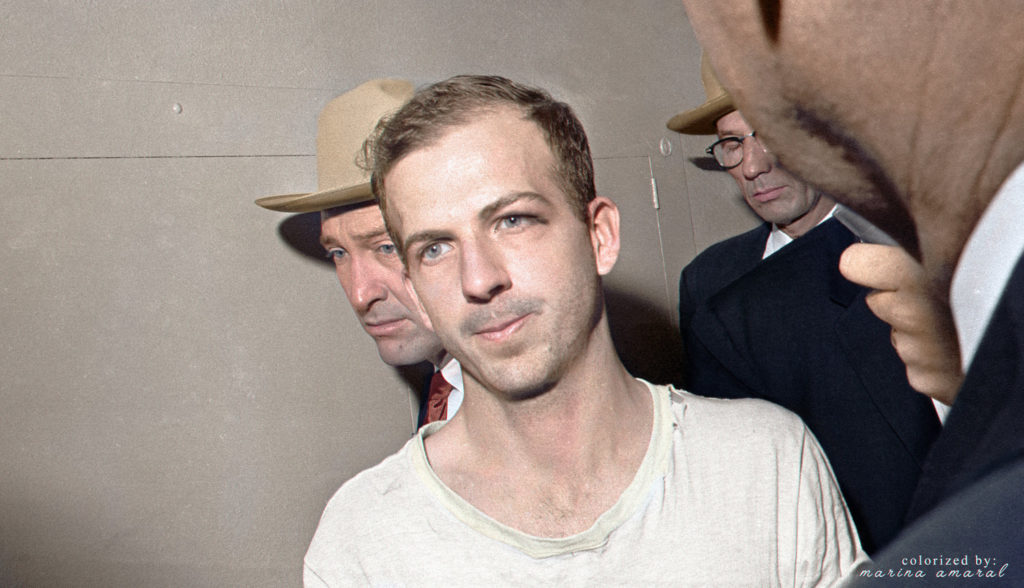 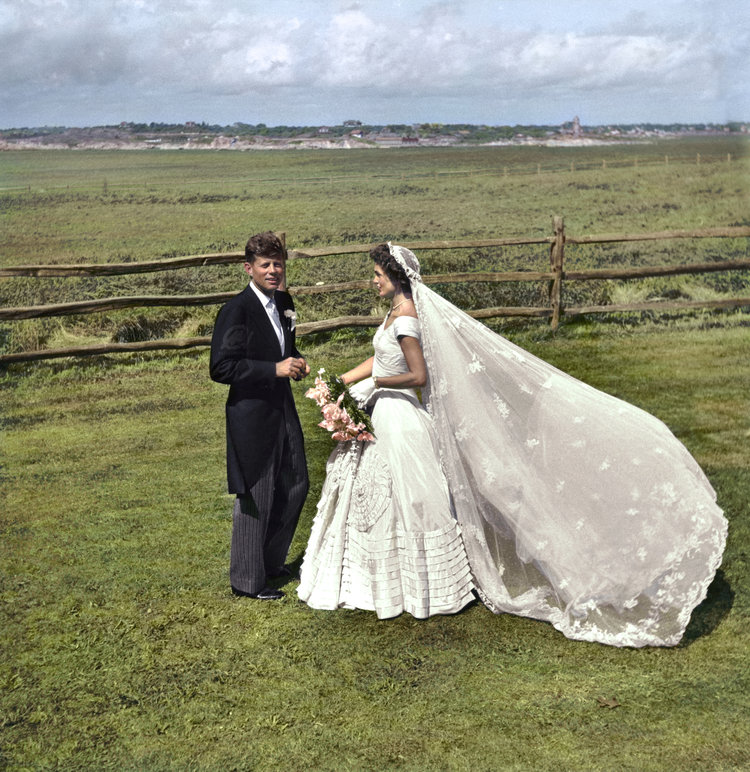 Marina familiarized herself with Photoshop around the age of 10. Back in 2015, Amaral came across an online history forum containing colorized photos of World War II. 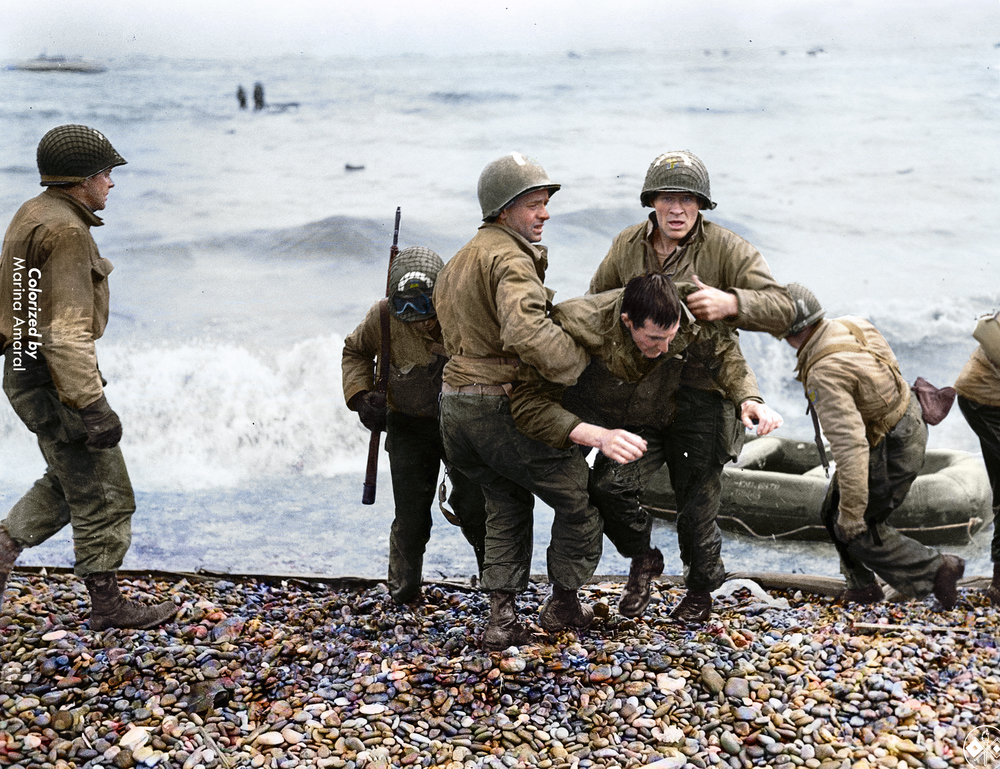 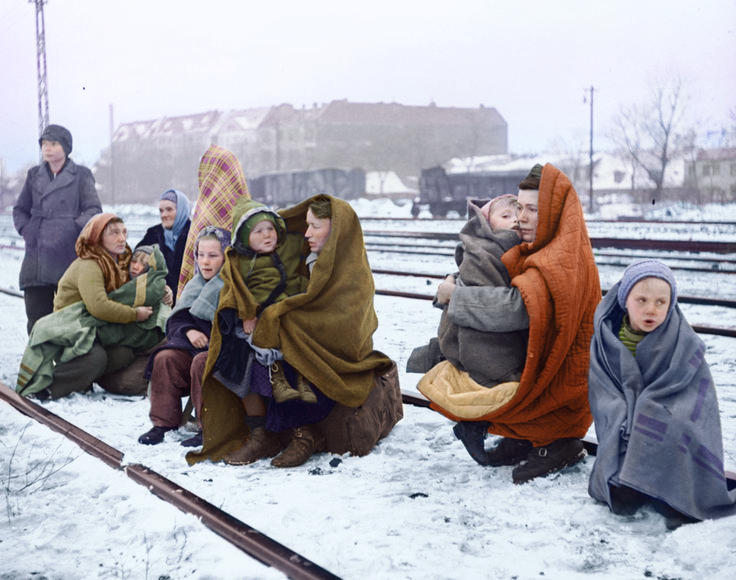 Ethnic German Refugees Huddling In Blankets – The Only Survivors Of An Original 150 Polish People Who Walked From Lodz In Poland To Berlin Hoping To Find Food And Shelter. Image via Marina Amaral.

“I was surfing the internet when I stumbled upon a few colorizations of photos of World War II in a forum. I remember I was surprised to learn that it was possible to achieve a realistic result with this technique, because every time I tried to do it before, the colors were so weird and the result was anything close to the level of quality that I would like to present in my work,” Marina said. “When I realized it was possible to create something better than what I was doing before, I began to practice every day. That’s what I’ve been doing since then.” 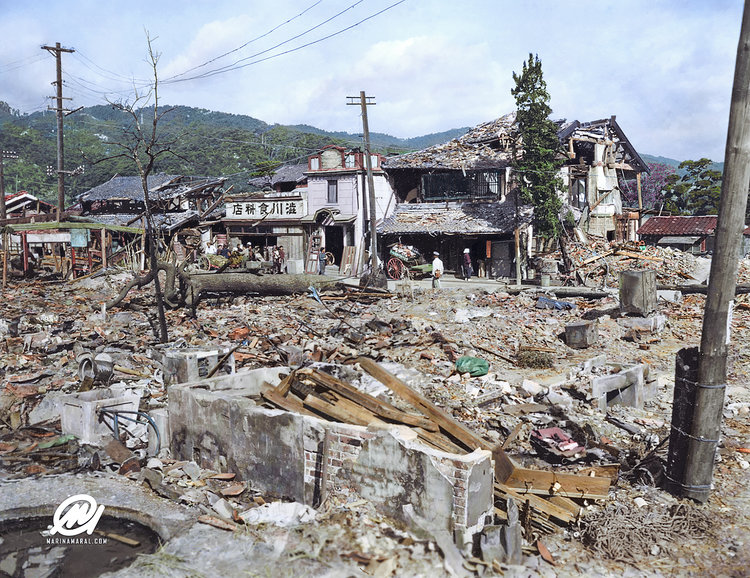 Enamored with the wonders of her new talent, Marina has since turned her hobby into a career, coloring more than 200 significant images for commission. 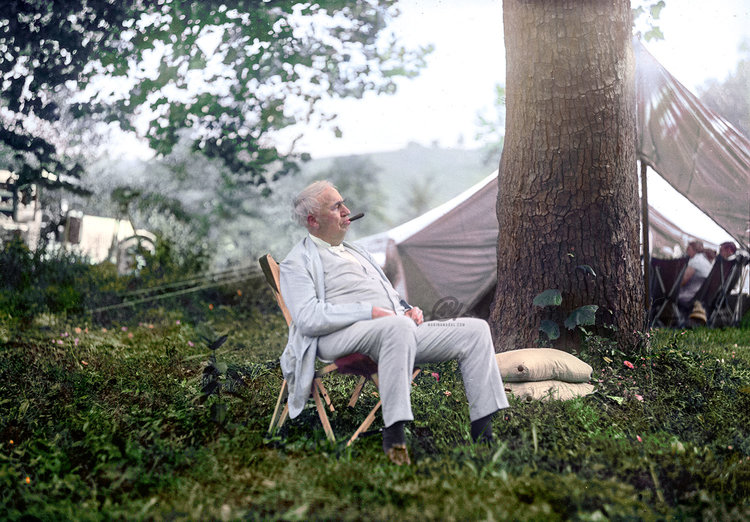 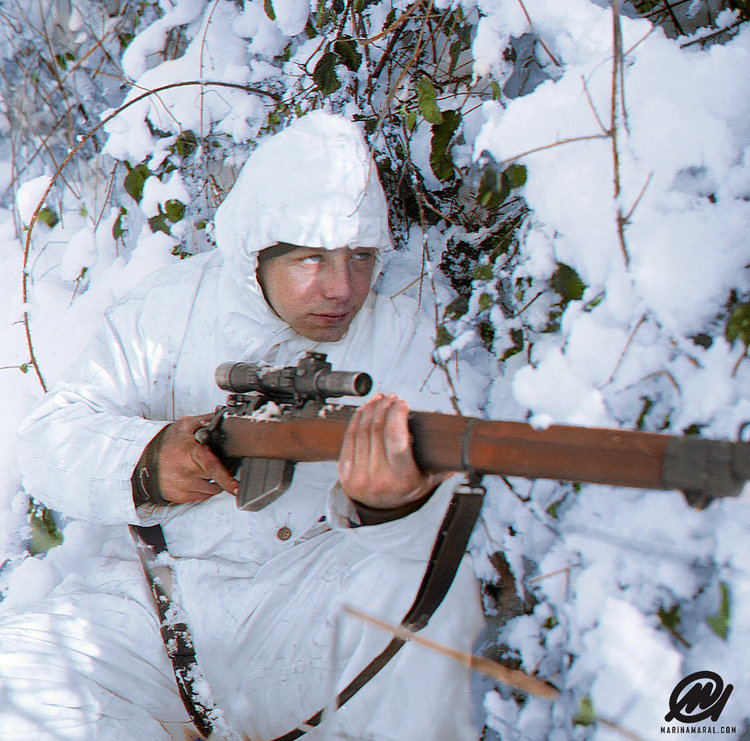 As Marina states, the “time-consuming process” for each photo usually requires more than a month of painstaking research. Amaral carefully sources her material from online library archives such as the Library of Congress, the US National Archives, and the British Library. Next, Amaral contacts top historians and other experts to identify the correct colors of objects and scenery.

The process doesn’t end there. To perfect her technique, Amaral prefers to reference modern photographs of the locations at the same time of day. In addition, Amara studies the colors of individuals’ faces in real life to understand exactly how the light meets skin. “I try to be as accurate as possible with the colors, because I’m aware that this is history,” as said to WIRED. “It’s not my job to modify it and make it look the way I want it to look.”

Marina’s favorite photo she’s worked on is a series of mugshots from a girl that was murdered in Auschwitz. “I wanted to give her to chance to “say” her name, to show her face and to tell her story. I think I managed to achieve my goal and that makes me feel very proud,” she said.