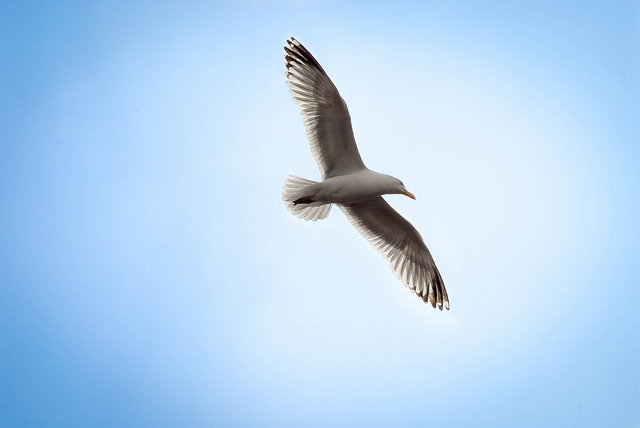 The internet has been buzzing with mind-bending videos that show the synchronization of a camera’s frame-rate with fast, repetitive motion—most notably, the recent video of a helicopter that appears as if the rotors are almost still as it travels through the air. But what happens when this effect is created with with a living creature?

In a video posted to YouTube, the frame-rate of a security camera—seemingly by chance—is synced with the wings of a bird as it flies past the camera, then pauses in the frame, as if to give a cheeky nod to the fact that it’s effortlessly floating in mid-air. That’s right—to little surprise, this synchronization produces a similar result to that of a helicopter, making the bird’s wings appear almost still to the viewer.

According to the YouTuber, this video was recorded with HIKVISION’s DS-2CD2342WD-I, which captures some pretty incredible quality for a security camera, and shot using the camera’s max resolution (2688×1520) at 20fps. For such a little bird, those are some high-speed wings.