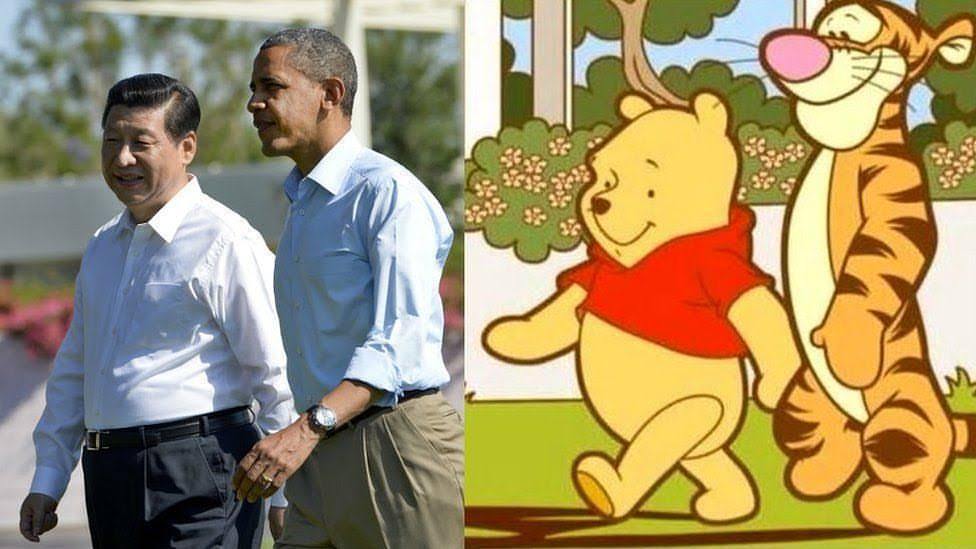 These Memes Made China Blacklist Winnie-the-Pooh From the Internet

Known as the Great Firewall of China, China’s filtering and censorship system is one of the most confining and prohibitory in the world. The Communist Party of China regularly censors users from searching and posting on significant content such as Taiwan, democracy and human rights abuses. However, China’s new, softer target on the internet is Disney’s fictional teddy bear, Winnie-the-Pooh.

The disdain for the parody began circulating in 2013 when a photo of President Xi and President Obama at Sunnylands estate in Rancho Mirage, Calif. was placed alongside an image of Winnie-the-Pooh and his gleeful friend, Tigger.

Another image of the suggested comparison was created after an awkward handshake between President Xi Jipeng and Japan’s Prime Minister Shinzo Abe.

On China’s most popular social media platform, WeChat, if one user sends a picture of Winnie-the-Pooh to a group chat, the recipients will not be able to see the photo, CNN reports. CNN also reports that users who search “Winnie-the-Pooh and Xi Jipang” in both Chinese and English will receive a message that reads “In accordance with relevant laws and regulations, results are not displayed.” For those who try to comment with the phrase “Winne-the-Pooh” a message is prompted, warning users who tried that their comment was against Chinese law.

Clearly the Chinese government is extremely sensitive to even forms of lighthearted mockery of the Communist Party’s general secretary, which to some is rather frightening. Oh, bother.