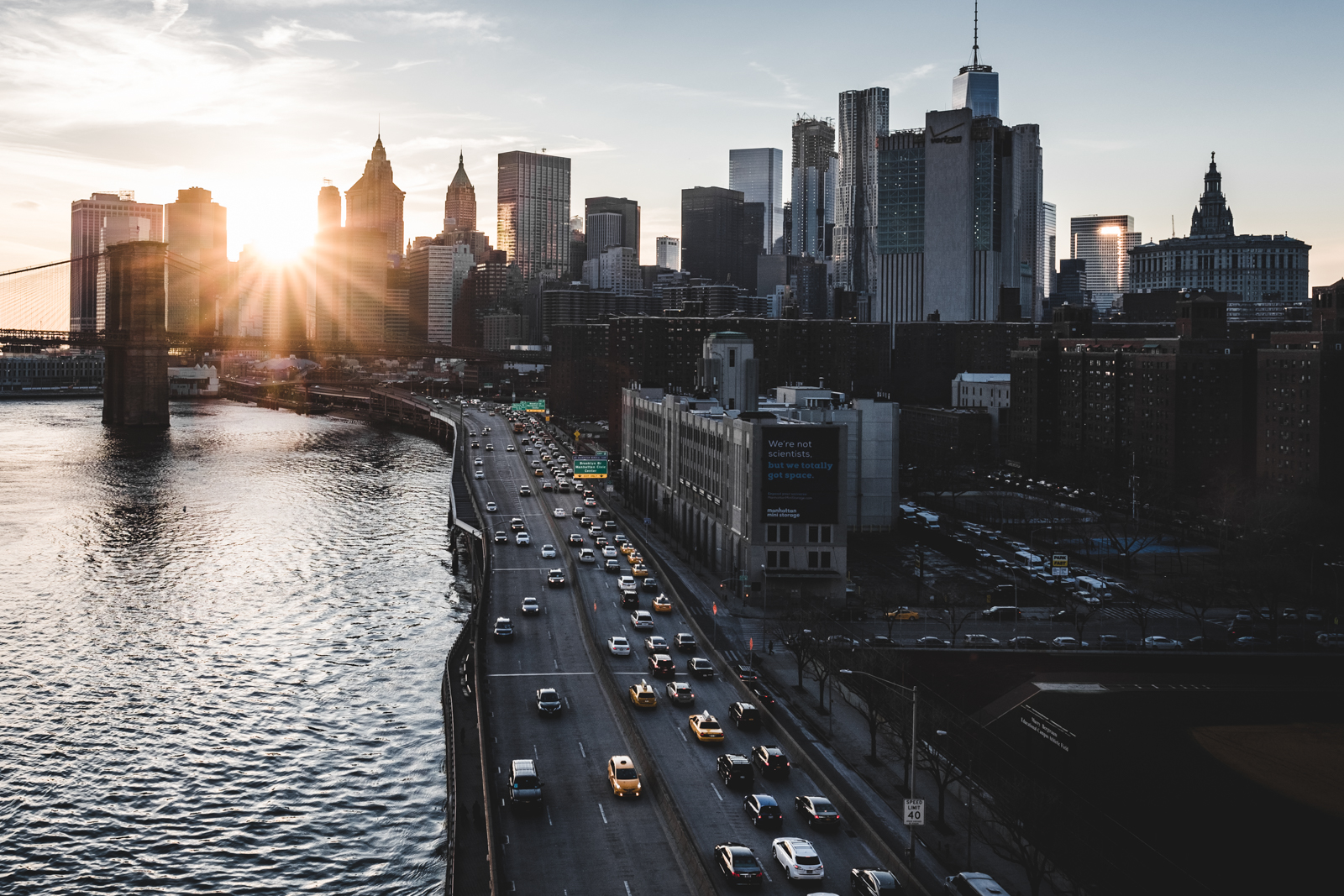 Why Photographers Get Hooked on Fujifilm (Like I Did)

I’ll premise this by stating that this article is in no way a paid post, sponsored article or branded content. Rather, it is purely editorial sweet-talk driven by personal experience, scrappy tech jargon (not my area of expertise, sorry gearheads), and my enduring love for Fujifilm.

But first, it’s important to share a little background on myself. Before working with Resource Magazine, I was solely a journalist with no photography experience. After my first day on staff—and about 10 obligatory whiskey shots (true story)—I was violently thrown into the mix and began not only reporting on the photo world, but cultivating a hybrid skill set that ranges from producing to art directing to shooting and editing. One of my initial, most memorable photo experiences was a one-on-one workshop with a night photographer, which was when I was introduced to Fuji. Since then, I’ve worked with and tested an abundance of gear, but no matter how great the latest piece of equipment, I always crawl back to my tattered old Fuji. 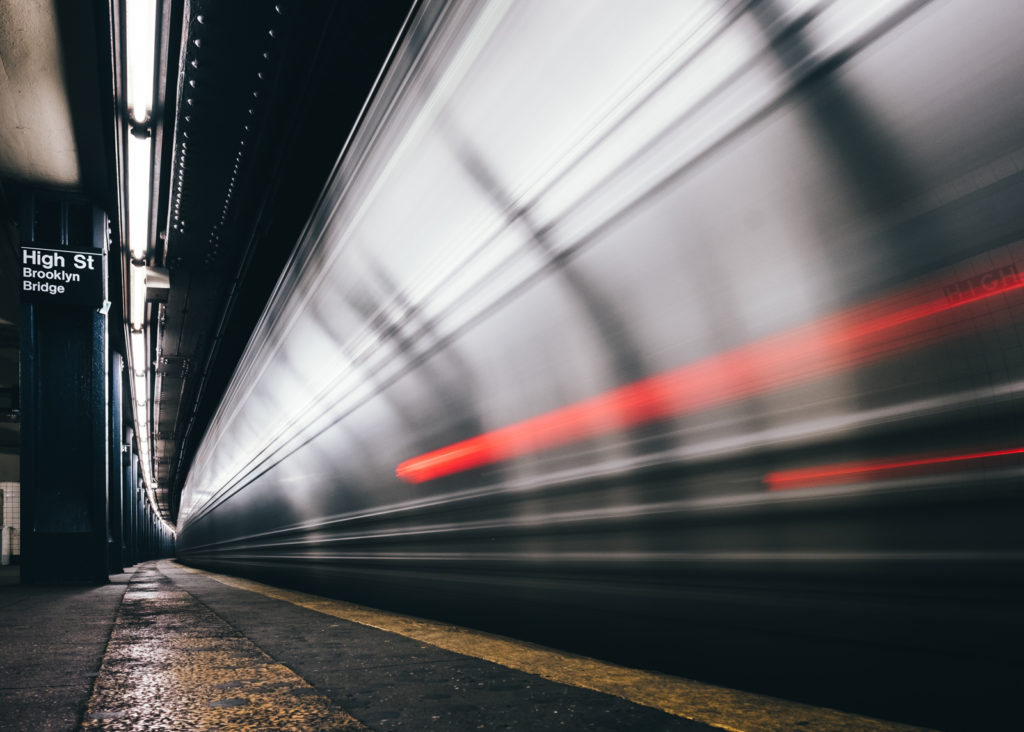 That said, I should note that this piece was inspired by a recent Facebook post made by a colleague that reads, “In my experience Fujifilm shooters are the stereotypical vegans of the camera wold; just positively priapic and bursting at the seams to tell you they shoot Fuji and -if you don’t slap them in time- why [sic].” I should also note that, for the most part, these words are pretty accurate, except for the vegan part because I’m carnivorous AF (but I am based in Brooklyn, so I guess it’s not too far off.)

Anyway, since Fuji shooters are apparently “bursting at the seams to tell you they shoot Fuji,” I thought I’d do it right. Here’s why photographers get hooked on Fujifilm (like I did). 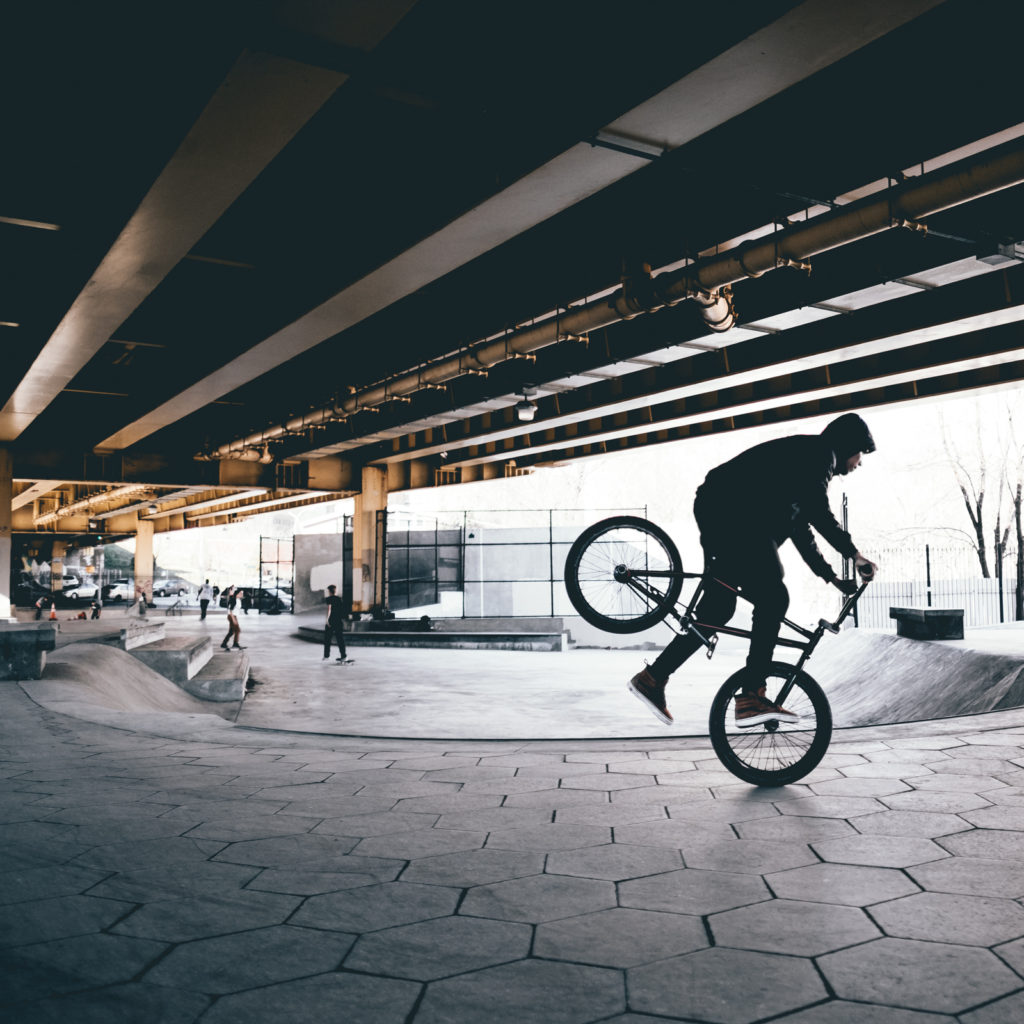 How it feels in your hands
Form factor is one of the most satisfying innovations of mirrorless technology and Fuji masters it beautifully. If we look at their two flagship mirrorless models, the X-T2 and X-Pro2, the bodies are among the smallest and lightest of almost any camera in its class, yet don’t feel cheap or shoddy. This gear is solid and rewarding to carry. Also, the body itself is one of the key differences between these two models, providing more than one option to meet your preference: the X-Pro2 if you’re into the old-school rangefinder feel, the X-T2 if you’re more accustomed to the feel of a DSLR. (Note: I have yet to test the GFX 50s so will refrain from addressing it in this article).

Dynamic range, you say?
Hahahaha. Ha. Ha. HAHA! Attention haters: no matter your qualms with Fuji, I have yet to see files that can be pushed as far as Fuji RAFs. Just expose for the highlights and don’t worry about the shadows. You’re good, yo. And if you don’t believe me, check out this little before and after example by Eli Locardi. 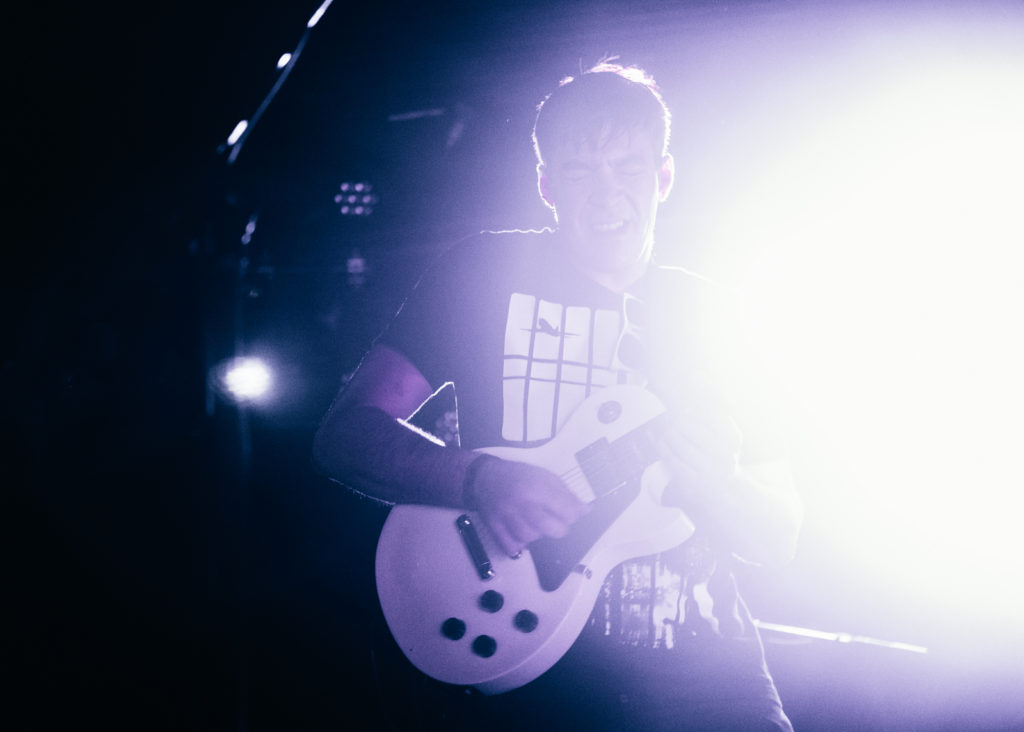 No light, no prob
I know what you’re thinking, “but it’s not even full-frame!” Well, my friends, I’m going to throw myself to the dogs and say full-frame sensors are overrated. I shoot a lot of low-light concerts as the tour photographer for a high-energy jamtronica band called Space Bacon, and the lighting conditions are often ratchet at best. Totally no worries, though, because I can easily surpass ISO 4000 and still have files that look great not only by my standards, but the client’s standards as well. Yes, a full-frame sensor should be—and probably would be—better in these conditions, but is it even necessary?

You won’t break the bank
Growing up, I was never someone who ever had a good budget for any type of equipment, whether music gear, a laptop, cell phone, etc, which is another area that draws me Fujifilm. For beginners or hobbyists, a brand new X-T10 can be purchased for $799 (or just $500 used), and it’s totally an awesome camera that produces incredible image quality (that last link is a sponsored post, but I threw it in to show examples of what this bite-sized camera is capable of). For the likes of professionals or advanced amateurs, the X-T2 goes for about $1,600 while the X-Pro2 is about $1,700. This is a very reasonable price point for gear in this class. Oh, and if that’s not enough, Fujifilm’s 35mm F/2 lens is just $400 bucks—an extremely sharp and versatile lens I’d recommend to anyone new to the world of Fuji. 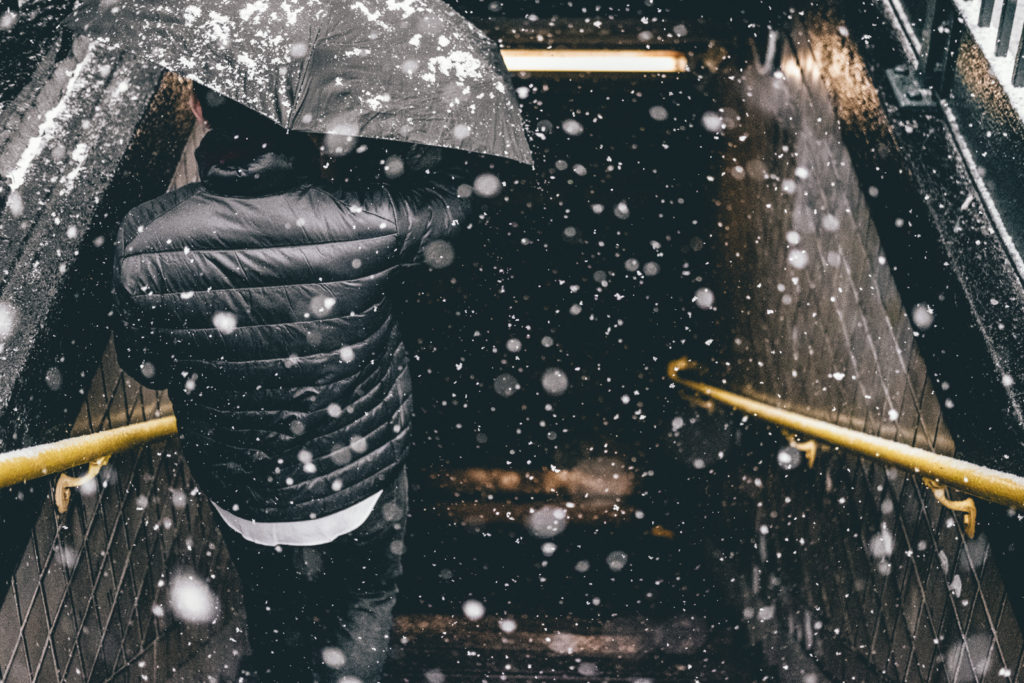 Manhandle away
This may be more of a personal issue I need to address, but I love being rough with my gear. The last thing I want is a dainty camera that’s too fragile or too expensive to be tossed around a bit. In a way, manhandling my gear makes me feel like it’s an extension of myself—the dings, scratches, and imperfections make it mine, similar to the hammer in my father’s tool kit that’s been alive longer than I have.

With this, Fujifilm gear is built like a tank. I’ve shot with my X-Pro2 and X-T2 in the rain, snow, the ocean, while snowboarding, with a beer in my hand, and in moshpits. Honestly, the only issue I’ve ever had is in extreme heat and humidity, in which the camera will occasionally freeze and an error message appears that literally reads, “turn camera off and back on again.” I can admit the Fuji does need some work in that regard.

Sharp, sexy glass
I would argue that outside the Fuji-verse, the Fujinon XF lenses are the most underrated on the market. Every piece of Fujinon glass I’ve used has been definitively sharp, crisp and clear—and like their cameras, there’s a solid range of price points that don’t sacrifice quality on the low-end. I would personally recommend trying the 35mm F/2 mentioned earlier, as well as the 16mm F/1.4. 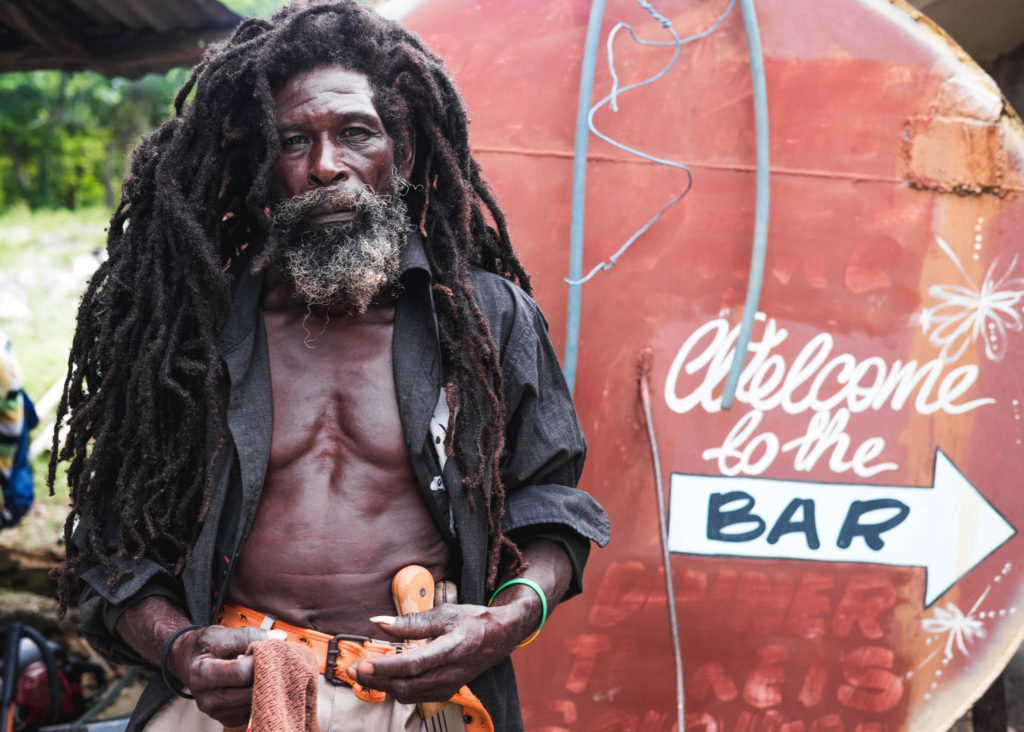 The magical “film look”
I like to think I’m a self-aware guy, so I’ll be the first to admit that recreating the look of film with digital technology is trendy these days. But I’ll also be the first to argue that Fuji does it best. This is where I lack on the tech side of things, but from a practical perspective, there’s something to be said about the way Fuji sensors emulate the analog style.

In addition, Fujifilm’s free X-Series Presets, which are designed specifically for Fuji cameras and utilize the built-in camera profiles in Lightroom, more accurately depict film compared to nearly any film preset pack you can purchase. I’ve also heard from multiple Fuji shooters—myself included—that these presets were an integral part of developing their own unique editing styles and workflow. 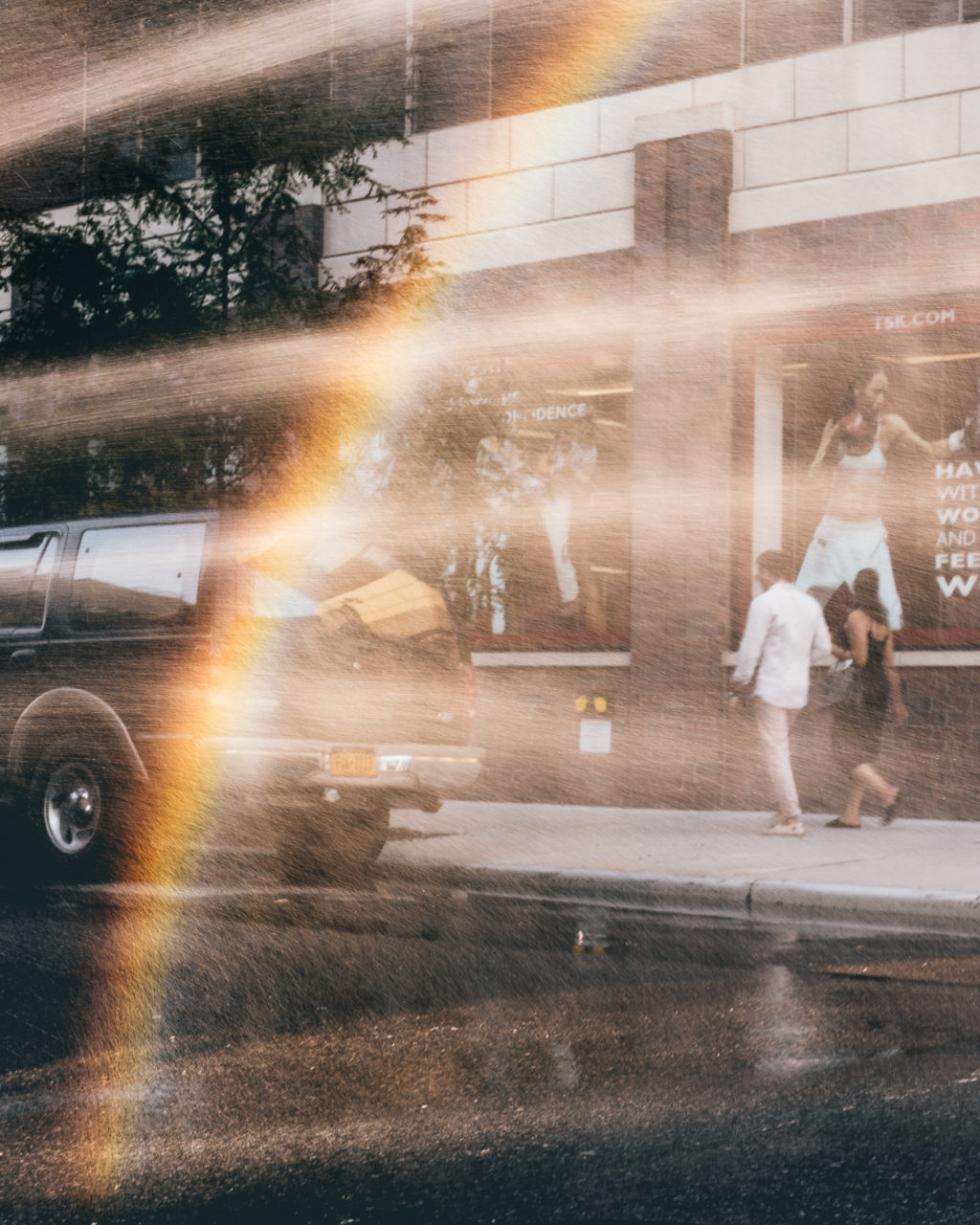 The community and support
Fujifilm boasts an killer lineup of Fujifilm X-Photographers, all of whom create amazing work across a vast range of categories. There’s also a great interactive feature on the company site, which lets you browse their work by camera, lens, photographer, country, and more—an excellent source of inspiration, no matter the gear you shoot with (and this is just one of the many resources out there). Even more, Fuji is one of those brands that maybe not everyone is into, but everyone who is is obsessed. There’s truly a unique level camaraderie that comes with a love for Fuji, creating a very welcoming, judgement-free community whether you’re just starting out or a seasoned professional.

Today, we’re #blessed to live in a time where, quite literally, every available camera is great, even the tiny one in your pocket. In no way do I believe that anyone should be defined by their equipment, nor should they ever, for one moment, think they’re limited by their equipment. I’m generally a pretty brand agnostic person—perspectively, I work with an iMac and iPad in the office, then come home to my Microsoft Surface Book and Surface Studio. But that doesn’t mean I’ll refrain from expressing my love for a company that deserves it. After all, the internet can be a rightfully negative place, so a little shamelessly authentic, positive reinforcement every now and then is never a bad thing.

See a few more of my favorite shots captured with Fujifilm gear below. 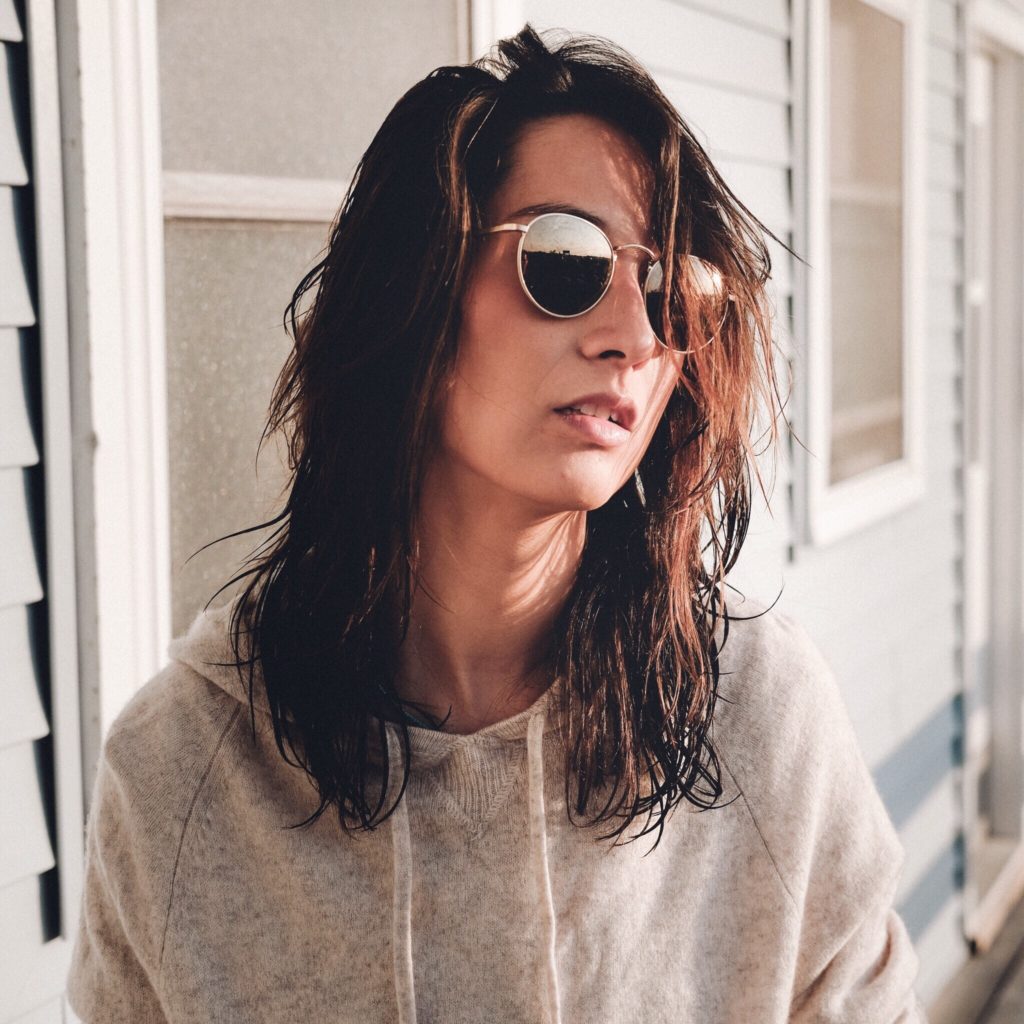 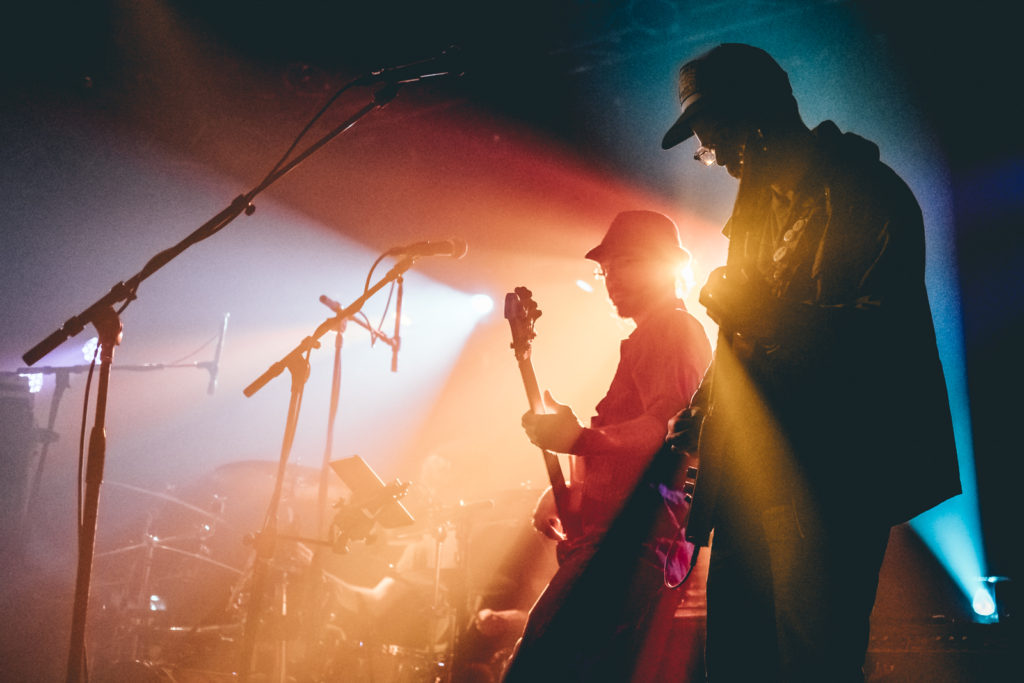 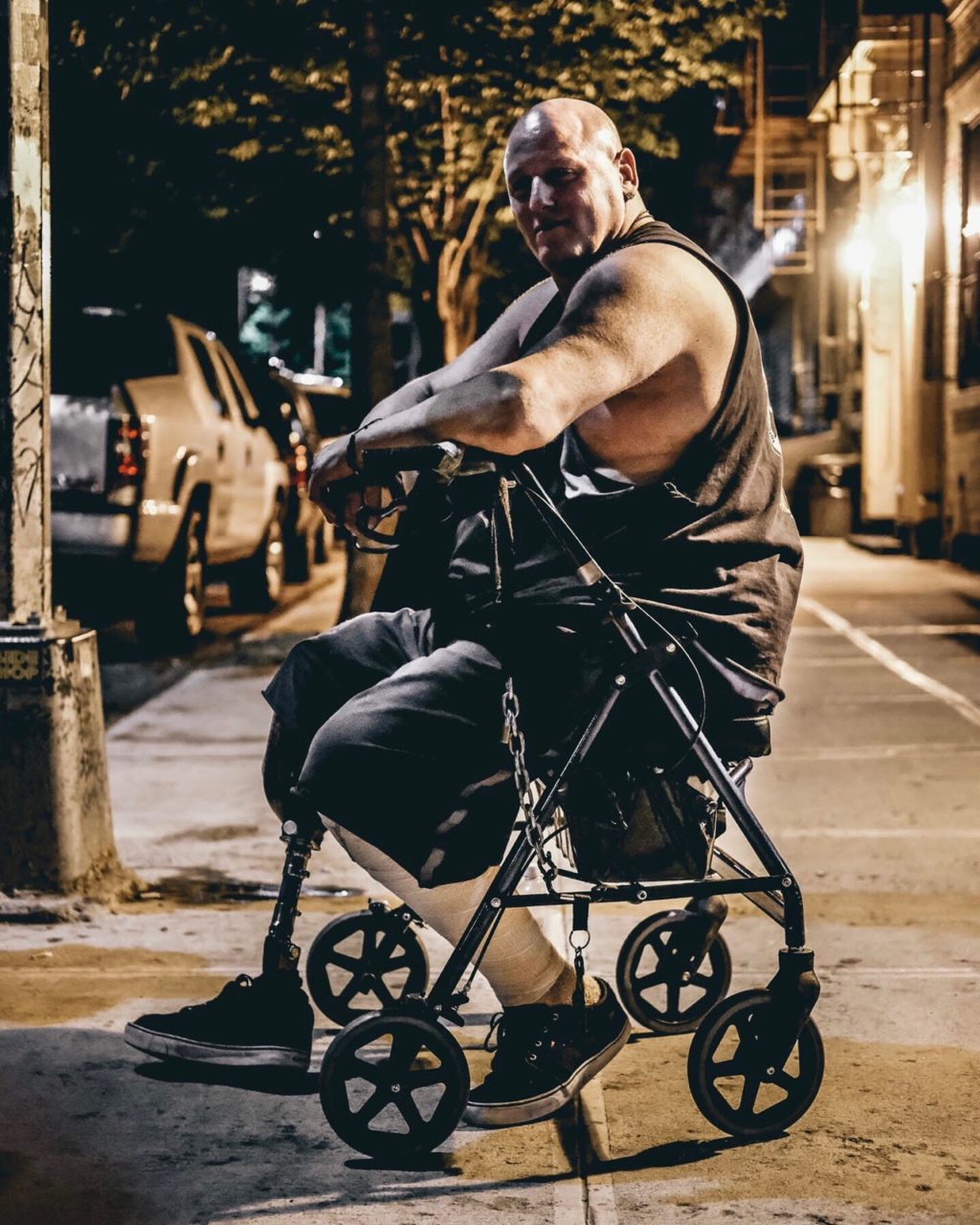 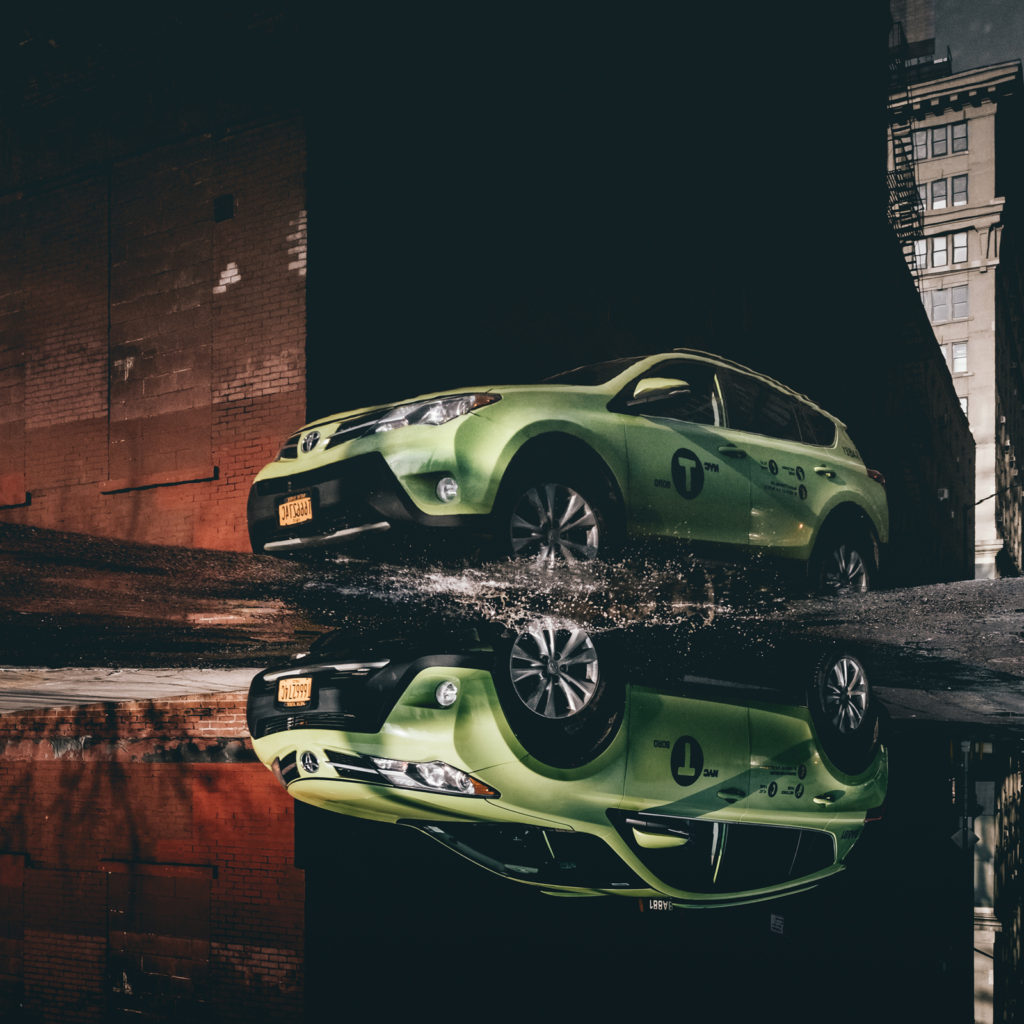 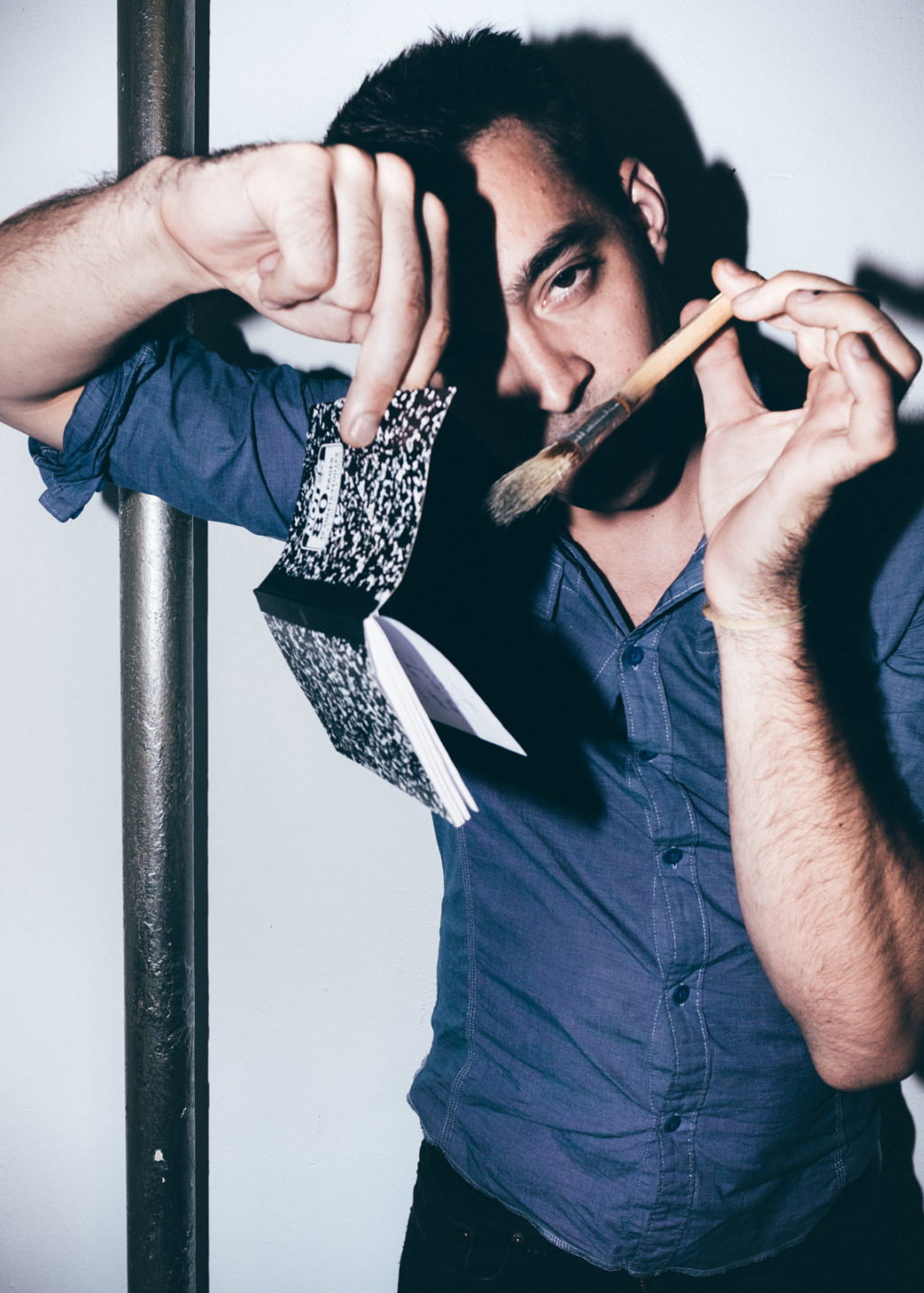 [All images photographed with Fujifilm X-T2 and X-Pro2]